Today on the site, we have a TCJ debut appearance from Juliet Kahn, who makes the case for the long-derided Cathy.

Cathy, Cathy Guisewite’s eponymous chronicle of one woman’s struggles with the “four guilt groups: food, love, family, and work,” ends not with a bang, but a simper. She visits her mom, claiming to have news. Mom shores up the strip's feminist bonafides: “You’re an incredible woman from an incredible time for women! You have to know anything’s possible!” She is visibly anxious. She is preparing for the worst. But there is no need to worry: Cathy, hand on belly, is pregnant. The fetus emits a single, pink “Aack” from within the womb. At last, she has it all.

Despite this attempt to encompass both domestic bliss and feminist ambition, Cathy’s 2010 end seemed to please no one. In a piece for The New Yorker entitled “The Demise of Cathy,” Meredith Blake lamented that, like Family Circus, Cathy is “hopelessly out of fashion.” “Perhaps Cathy spoke to the women of the seventies and eighties,” she allowed, “but nowadays the strip feels, well, cartoonish. The facile jokes about feminine neuroses are the essence of everything that people have come to dislike about chick lit.” Over at The Frisky, Jessica Wakeman was markedly more positive, deeming the strip “groundbreaking” and remarkable for validating the lives of single women. But still, she protested: “I’m not saying the “Cathy” strip was particularly feminist, because it wasn’t: the character was obsessed with finding a husband and watching her weight.” It is “kinda outdated… and certainly it’s still stereotypical and annoying.” The Los Angeles Times criticized Cathy for “starting to feel a bit old,” and compared it unfavorably to Sex and the City, Melissa Banks’s The Girl’s Guide to Hunting and Fishing, and Jennifer Weiner’s Good in Bed. Feministing.com was more measured, recalling that “from what I heard, during her inception in the 1970s, she was actually a breath of fresh air.” But still, the boom was lowered: “I don’t know what happened. It seems that Cathy went from Everywoman to a giddy, whiny, chocolate-eating woman that seems to have no sense of self.” Even the Jezebel community mustered little fondness: The top comment beneath “Cathy’s Last Act Ack” excoriates Guisewite for undermining the strip’s message with a comfortably patriarchal ending.

Beneath this intellectual crust, however, lies the bubbling magma of Cathy-anger. The Observer chronicled the GoComics.com commenters who cheered the end of such a “neurotic wimp,” the Democratic Underground forum threads “for all those who hate the comic strip Cathy,” the blogs that replaced Cathy’s captions and word balloons with expletives and fat jokes. The roundup remarked, with a blinkered sort of innocence, “people really hate this comic!” Look up #WaysCathyShouldEnd on Twitter, and you’ll find a snapshot of 2010 vitriol: “Hoarding experts arrive too late to find Cathy flattened under a heap of diet aids, cats and dating books,” “In a fit of self-loathing, Cathy performs at-home liposuction with a carving knife and a dustbuster; dies of sepsis,” and, perhaps most emblematically of all, “just like Sylvia Plath did.”

We also have the second day of Alejandra Gutiérrez's Cartoonist's Diary.

—News. Nancy has a new artist.

I think when Drawn & Quarterly came to me I said, “That book is gone, but I have this other book. Do you want to have a look at this?” I just sent over a PDF of it with the English translation in the comments. Then after that they picked it up.

I didn’t expect this to be happening. I was just like, “Ah, let’s see what happens,” and when they came back and said, “We actually want to do it!” my heart just skipped a beat while I was in front of the computer. I just started gasping and I hit the desk really hard with my hand out of pure joy and almost broke my finger. It was on my left hand, which is my drawing hand, so I was like “Fuck!” But really, it’s a big thing for me since it’s a big publishing house. I’ve always admired Drawn & Quarterly. The German publishing house Reprodukt picks up so many titles from them, so they’re very present here. I grew up with them! I read Julie Doucet in my teenage days.

The Ace Rock’n’Roll Club, the series that caught Moore’s eye, were beautifully formed slices-of-life which introduced, as a part of the supporting cast, Alec McGarry. Alec was a cipher for Campbell, a fictional avatar through which Campbell could filter his own life, ranging from his punk years in Scotland to his sojourn on England’s south coast, to his first marriage and life in Australia. “His appreciation for the sensory phenomena of ordinary existence, as rich as Henry Miller’s, made his autobiographical narratives into instant classics, streets ahead of the largely self-absorbed comic-strip memoirs that were to follow,” says Moore.

The latest guest on Virtual Memories is Dean Haspiel.

Consider Warren Craghead, the TrumpTrump author, who draws in a style that’s vaguely reminiscent of the gonzo mode of Ralph Steadman (best known for his work with the journalist Hunter S. Thompson). Craghead, like many cartoonists, does use Trump’s tweets and speech as source material, but he could not possibly be mistaken for a collaborator. He turns Trump’s words against Trump’s person. For instance, in one of his drawings, Trump is shown as a sweaty, fat, hairy man with saggy breasts, and this image is humorously paired with one of Trump’s own insults: “A person who is very flat-chested is very hard to be a 10.” 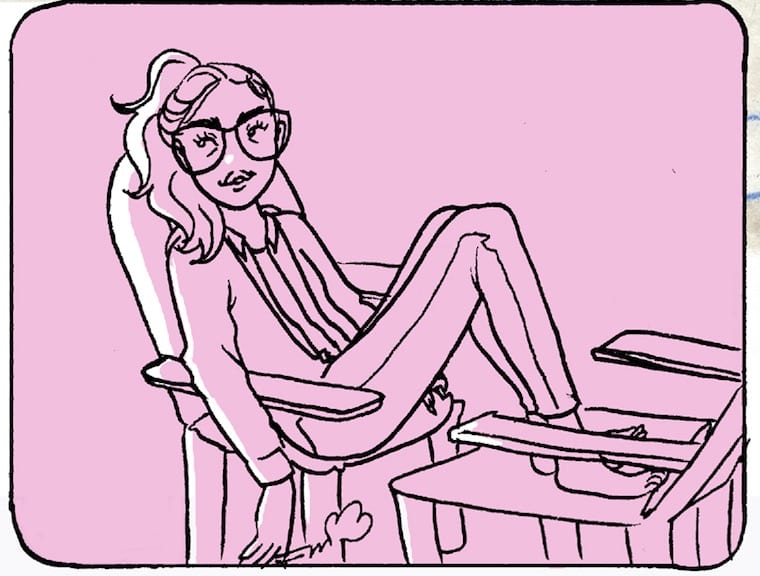 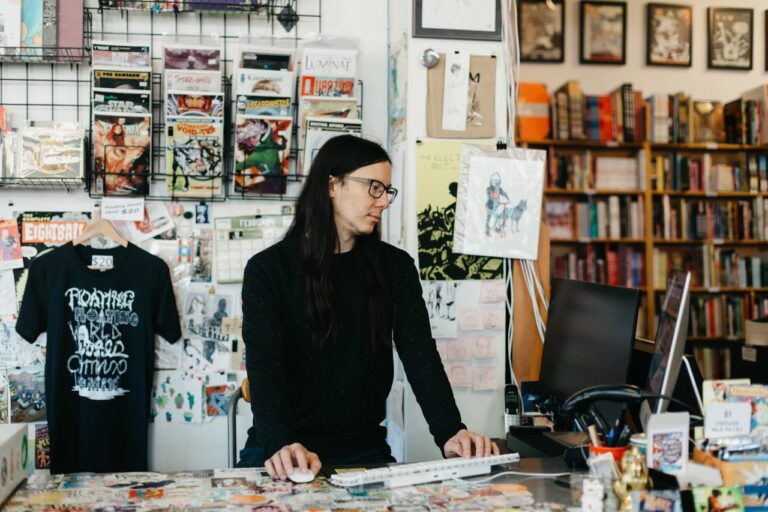