Famed Taxista (a.k.a. The Cabbie to American readers) creator Martí, a legendary survivor of the drug culture that killed many of his generation in 1980s Spain, walks up to the platform and gives his speech in front of the microphone to a grieving audience in one of the wide rooms of Barcelona’s main morgue:

“Sorry, I just found out about Berenguer’s death. I phoned him a couple of days ago, to ask him for another advance… But he outsmarted me this time!”

Everybody laughs. Berenguer’s son, Manel, then speaks to close the ceremony. His are the most anticipated words of the day…

“If we are taught that wine was Jesus’ blood, then Ballantine’s was my dad’s — so, in order to honor him, I’ve brought these for you to drink my father’s blood,” and then he opens a case of bottles of Scotch and proceeds, along with his sisters, to pour a glass for everyone present.

Josep Maria Berenguer was born in Barcelona in 1944. He was the son of a traditional bourgeois family, as most of the Catalan publishers are — Barcelona has for decades been the Spanish town with the strongest traditions in literature and comics publishing.

What probably made the difference with Josep Maria was his thirst to learn — he studied art, and from a very young age he travelled a lot during a time (under Franco’s dictatorship) when Spanish citizens were not often able to travel or encouraged to learn foreign languages, even if they came from rich families. Fluent in English and French, Josep Maria’s first merit was, no doubt, his cosmopolitism — he went to the U.S. and France and experimented with painting, photography and architecture, with a special focus on “geodesic domes.” In the ’70s he lived in a wonderful house in the suburbs of Barcelona, called La Cúpula (“The Dome”). This would also become the name of his publishing company.

Josep Maria connected with many young Spanish artists at the time over democratic (and, in some ways, hippie-anarchist) ideas and a not-so-controlled means — comics — to express their frustrations and lust for freedom. In those first years of Spanish Democracy (established in 1976 after Franco’s death), Josep Maria gathered this group of emerging, and somehow healthily subversive talent, and created a way for them to channel their creative spirit. El Víbora was born.

This underground comics magazine (subtitled as “Comix for Survivors”) began in 1979, with Berenguer receiving financial aid and expertise help by another veteran Catalan comics publisher — the charismatic Josep Toutain (founder of the international Catalan Communications agency). The staff of young artists curated every issue by general consensus during now-mythical editorial meetings at Berenguer’s La Cúpula house.

Max (Gustavo, Peter Pank), Gallardo & Mediavilla (Makoki), Nazario (Anarcoma), Mariscal (Los Garriris), and Pons (Sarita, Escalera de vecinos) are some of the comic legends that contributed every month to El Víbora’s explosion of visual and narrative talent. There were no limits, even if censorship was still in place in Spain — in fact, the original title Berenguer wanted for the magazine was GOMA 3 (the name of the particular explosive used in those times by the basque terrorist/nationalist organization ETA), but the censors refused to allow it.

El Víbora was an instant success; it soon reached 40,000 copies sold each month. In its pages, you could find social criticism, radical politics, hardcore sex, and positive hippie musings. During the early ’80s, it became a vindication of reality over commercial comics — Berenguer, like Gary Groth, didn’t like genre comics, even if in Spain there were few superheroes. But in Spain the medium itself was considered banal, something for kids — that’s why El Víbora’s impact was so strong. Berenguer’s goal with his magazine was to reflect Spanish reality — or, at least, satirize it. He achieved both very successfully.

The ’90s saw a decline in the creative spirit that fueled El Víbora. Times changed, and many excellent new El Víbora contributors (like Iron, Miguel Ángel Martín, Paco Roca, Rebollo) were not so politically or socially committed, and preferred to act more as entertainers with their comics (there were exceptions: Jaime Martín, Mauro Entrialgo and Álvarez Rabo, for example). Berenguer didn’t understand this new wave, with their light, almost cynical approach… and neither did the most faithful readers. El Víbora started a slow but steady loss of audience. This agonizing decline lasted more than a decade, until El Víbora’s final breath, in 2005.

But in the meantime, Berenguer still did some pretty amazing things — along with his partner and Production Chief, Emilio Bernárdez, he created Kiss Comix, a pornographic comics mag that they managed to publish in France and the U.S., as well as Spain. Much like Fantagraphics did with Eros Comix in the 1990s, the profits from Kiss funded a new line of independent comics (the Brut Collection) that helped to springboard new Spanish talents as Juaco Vizuete, Santi Arcas & Daniel Acuña, Quim Bou, Sequeiros, the Rau team, and many more.

After El Víbora’s death, La Cúpula had several bad years where many questioned its publishing strategies. Like in many countries, the time for magazines had passed in Spain (Kiss Comix folded a year ago, after a 20-year run), and there was a lack of scouting ability in the company. But with the coming of the “graphic novel” as the most appreciated format in comic shops, La Cúpula found its way again, publishing new work as well as repackaging old material from its impressive catalogue in marvelous new editions. So, we still expected a few more quality professional years from Josep Maria.

His illness was sudden and he died after a few months, on April 23rd. He didn’t suffer much. He was very much loved by all of the Spanish professionals in the comics field, though he had had his fights with most of them due to his strong convictions and sometimes stubborn opinions.

All in all, he was a very good person. He had a wonderful freedom of mind, especially for a product of the ’70s from an obscurantist country, as Spain was in those days.

He has been, unquestionably, the most relevant underground Spanish publisher in the history of comics.

I would add, “God bless his soul,” but I am sure God wouldn’t; and, anyway, Josep Maria wouldn’t allow him to either. So I’ll just say thanks to you, Josep Maria, for blessing our lives with your friendship.

Hernán Migoya was editor-in-chief for Ediciones La Cúpula and El Víbora from 1992 to 1998.

Thanks to Eric Reynolds for the translation assist. 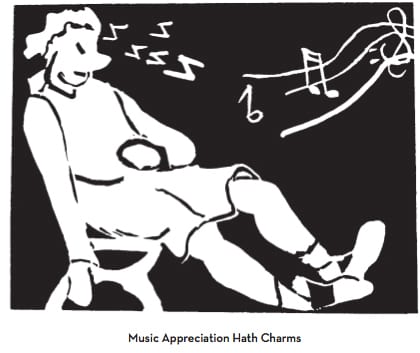 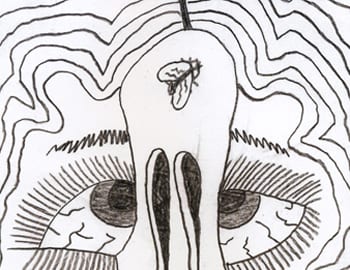