Joe McCulloch stops in with his weekly roundup of the most interesting-sounding new comics. And longtime readers of Joe's will be happy to see the return of one of his more idiosyncratic enthusiasms.

Finally, Matt Seneca reviews the latest from cartoonist Benjamin Marra, Lincoln Washington: Free Man. Another writer for us, Sean T. Collins, independently sent in a review of a different Marra comic that we will run very soon. Marra's work is very appealing on different levels, but it is interesting and somewhat surprising to me how uniformly positive and celebratory the response to Marra's work has been. I don't think I have yet read a negative review! I'm not trying to criticize the books myself—I have enjoyed all of the comics by him I've read (I haven't yet read the title under review today)—but Marra's work touches on a lot of extremely sensitive issues, and it's not hard to imagine a less sanguine reaction. Maybe it's just that the kind of people who read these kinds of comics are generally speaking also the kind of people who are hard to offend. Though Johnny Ryan ... And here the suicide note ends in a scrawl.

The first MoCCA festival I've missed in something like a decade was held in New York this weekend, and from all reports I've heard, went pretty well. One panel I regretted missing was this one featuring local retailers, in which Comics Journal columnist Tucker Stone revealed that Bergen Street Comics is not planning to stock Before Watchmen. Which seems like a pretty gutsy move. I wonder if any other stores will follow suit.

And now for a few quick hits:

Moto Hagio has become the first manga artist to receive the Japanese Medal of Honor.

And Françoise Mouly selects and discusses ten of her favorite rejected New Yorker covers, including the R. Crumb gay marriage image that made a bit of news last year. 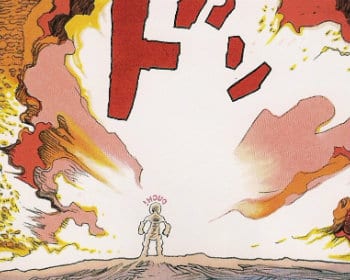 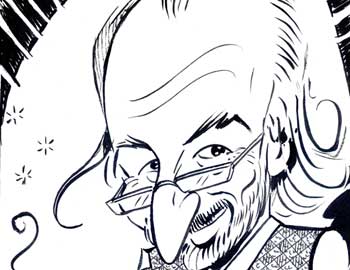