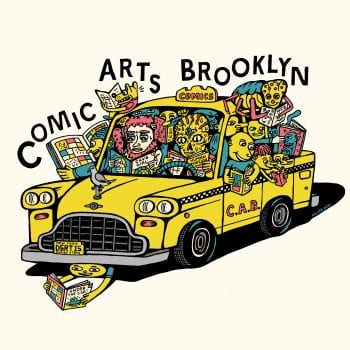 This Saturday November 11th will see the latest iteration of Brooklyn's best comics show, Comic Arts Brooklyn. Because this year's festival features a new venue and a new programming partner, we thought we'd abuse our email list and borrow some of Gabe Fowler's time to ask about the show. Gabe, who not only runs CAB but also captains one of the country's best comic book stores (that would be Desert Island Comics) took some time away from last-minute prep to talk about the changes. For more information about the show, you can check out the Comic Arts Brooklyn website.

TCJ: Hey Gabe! At the time of this conversation, CAB is only a few days away. How is it going? Do you feel ready for the show? On a scale of 1 to fuck off, how stupid and generic is that question?

Gabe Fowler: There's a lot of changes this year, and I'm very detail-oriented, so it's hard to sleep. But I'm also aware that I'm probably just endlessly fussing about details that nobody will notice, and I hope that most people will just be psyched about the awesome content and enjoy the result. So yeah, we're ready. We're beyond ready.

What was behind making the venue change to Pratt? Will that be the home for CAB going forward?

Pratt approached me about a year ago and said "we want to do a comic festival." Since I've already done a festival for eight years, and have an art-school background myself, it seems like a natural move to leave our scrappy digs at Mt. Carmel Catholic school for a more secular environment. It's nice to work with a group of professors and administrators at Pratt who understand the value of art, rather than the sort of church basement vibe of the old show. The new building we're using at Pratt is also massive, which has allowed me to expand the show. The Activities Resource Center is literally the second-largest room in all of Brooklyn at 42,000 square feet, second only to Barclays Center.

Besides the new space, what kind of changes can we expect out of thenew Comic Arts Brooklyn?

One positive change is availability of lecture halls for talks on Pratt's campus.  In the past years we had difficulty hosting talks anywhere near the sales floor, had talks occurring on separate days, and various other complications.  This year guests can stroll over to the lectures and back to the sales floor in a matter of minutes, which is awesome.  We also have some cool new collaborations happening: painter Steve Keene (most known for Pavement's Wowee Zowee LP cover) will be mass-producing hundreds of comics-inspired paintings live at the show, and will sell them for $10 each at the end.  Indie video game makers Babycastles will create a big funky installation in the middle of the sales floor with free playable games. Artist and screenprinter Thomas Toye will be printing our festival shirts live at the show for $10 a pop. Desert Island has been making "comic foregrounds" with artists and those will debut at the show (those are painted wooden façades with wacky colorful characters with a hole where its head should be - you stick your head in there and your friend takes your picture).

Some of CAB's traditional guests expressed a bit of surprise online about the show happening this year--was the announcement later than usual?

I'm surprised that they're surprised!  We announced the show in June, I yakked about it on social media until I figured I was annoying everybody, and we had exhibitors applications through August. 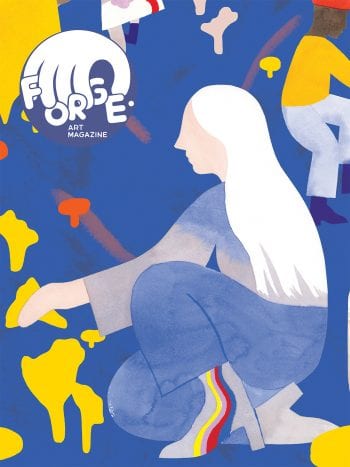 How did the FORGE. Art team up come about? What is their role in the show? Are you relinquishing control? Say it ain't so!

Matthew James-Wilson is unbelievably sharp and has a slightly different angle on comics culture than me.  He grew up with the internet and has a different frame of reference for form, content, and motivation for making printed art objects in 2017.  So he's got his ear to the ground for fresh and diverse voices, and our festival is intended to celebrate the under-celebrated material.  I invited Matthew to co-curate the festival because I believe in his mission and think his FORGE. Art magazine is a must-read, and I've attempted to be a yes-man for any idea he wanted to pursue with the festival.  It has been awesome and has given the show an injection of fresh blood and a kick in the ass.

Is it possible to have a comics festival on the East Coast and not have Peter Kuper as a featured guest? How did you keep Dean Haspiel from attending?

Kuper is a featured guest, partly because he is awesome and partly because he is a Pratt alum. We want Pratt to feel good about our newfound partnership and are taking the opportunity to focus on alumni who have impacted comics culture, such as Kuper, Bill Griffith, Paul Karasik, and Jules Feiffer, who will all participate in programming. I can just hear Haspiel bitching that I didn't personally handcraft a royal invitation for him to participate, but nobody gets that treatment around here. But really, he has been involved in our show in the past and I would love to have him.

Where can TCJ readers find you, Gabe Fowler, at the show?

When I was 16 I worked at McDonald's, and would sneak cigarettes while on the clock by hiding in the bathroom. So I'll probably be doing that. 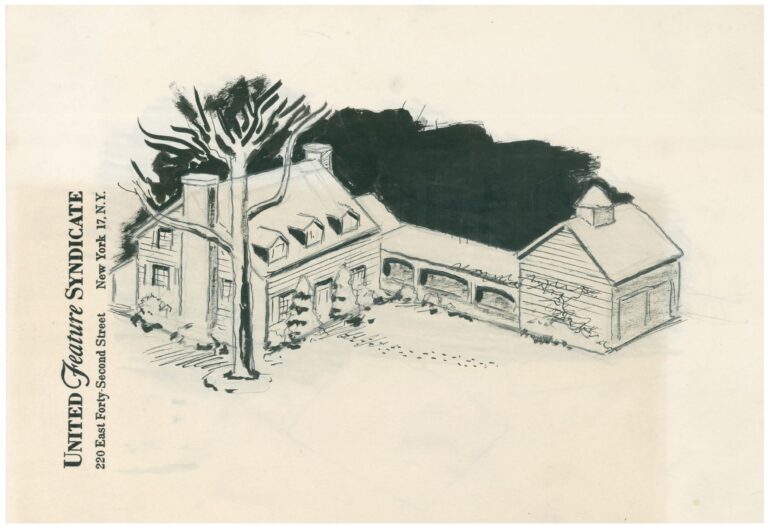 The Ball is Rolling

The New Boss, Same As The Old Boss