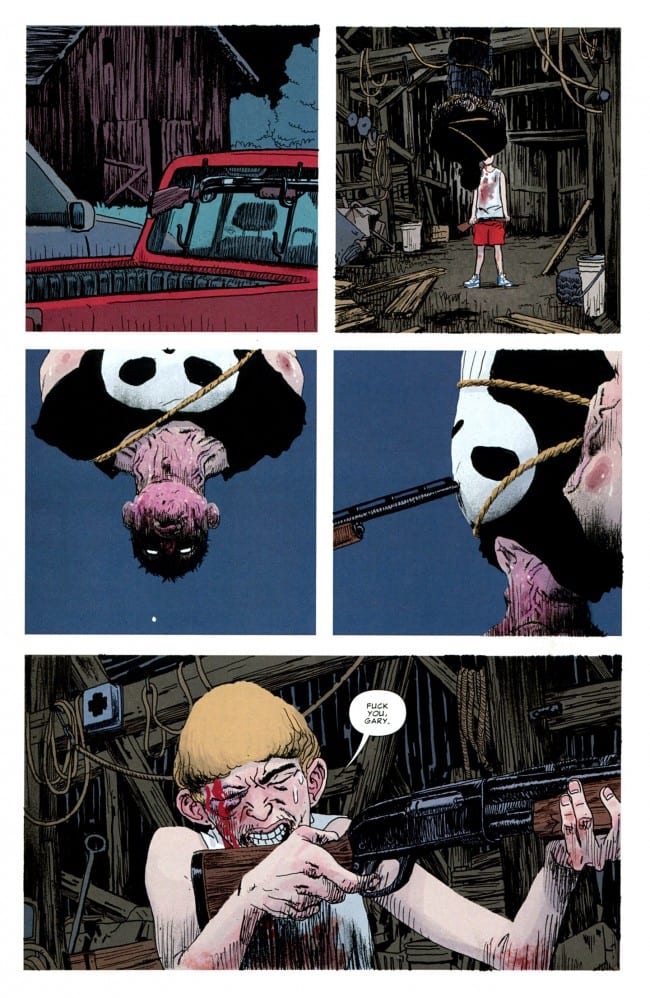 Untold Tales of Punisher MAX #2 with art by Connor Willumsen. (pictured above) Connor is one of those great comics success stories - he was making mini-comics one day and drawing for the pros the next. Super happy for Connor - partly because he took my correspondence course and partly to see that maaaaybe all our batting practice using the grid paid off. Look at that page above - look at how he works the grid and retains the center by breaking up the grid at the bottom tier - look at how harmonious it is! It rings like a bell! Nice one, Connor!

Connor Willumsen sez
"Frank Santoro is offering his correspondence course this Fall. I have taken this course and it is very good, so I personally recommend it. Frank is very knowledgeable and will make you feel excited.  You should tell your friends about it. To get a good feel for this course, you can read his helpful workbooks here."

Thinking of Punisher makes me think more about Klaus Janson. I am without my main computer or even a camera right now. Writing this in my summer studio without scanner etc - so as usual - forgive the note like quality of all this and forgive the lack of images. I am working up to big time feature article on Mr. Janson. Be patient. I know, I know. I said all this last week. And years ago too. Look, I'm nervous. I am working up the courage to ask Klaus Janson for an interview. I'll email him. I swear. My friends keep asking me when I am going to to a proper interview of Mr. Janson like one of those good, old Comics Journal interviews? Well, I tracked down the next best thing - a good, old Amazing Heroes interview. Cue Foghorn Leghorn voice: "That's a joke, son. A gee gaw." (Thanks to Kristy, Jacq, Eric and the Fanta family for digging this one out of the vault for me) When I do the "proper" interview maybe I will reprint some of it - but I have gotta really just suss out the biographical data on Janson and the good stuff. The Amazing Heroes interviewer is kind of a prick. Surprise! So. Need to regroup. I'm more interested in a hagiography really. It's the Catholic side of me. Like I said I'm building up the courage to do a proper interview with Mr. Janson - he was a formative influence on the way I see backgrounds and color in comics. Comics that he worked on were very important to my own development as an artist - so I want to unravel the process stuff that fascinates me. How did he build his color - did he make guides AND his own screens? Really "Inside Baseball" stuff. Only for intiates. Here are some notes.

look at his biography -

and this report on one of his seminars

- wasn't there an all DD issue of some magazine a couple years ago? Ask Chippendale.

- his favorite comics that he worked on were the later issues of Daredevil he worked on where Miller was writing and doing layouts only. Particularly the issue with a story called "Guts" about Foggy Nelson (which issue is that?) - and the issue where DD loses his hearing (which is that?) - His other favorites are Dark Knight #2, Punisher 2 and 3 - and the Kulls he worked on with John Buscema.
- Janson worked for Dick Giordano doing backgrounds and inks for some of Giordano's projects. Janson was 16,17 at the time. Giordano had lots of folks doing similar work for him, Janson notes. Also did inking work for Rich Buckler.

-Tells great story about going to the DC and Marvel offices when he was 20 - visited from his home in Connecticut - picking up samples - xeroxes of pencilled pages for try-out - inking them on vellum in one night and getting rejected. Getting another set of samples and getting rejected again. He kept going back and really working on his stuff and finally found his way in.

-Has colored his work from early on. Mid 70s. He has a very nice sense of tone and value - he gets subtle changes in color and time of day. When he does a night scene it looks like night. Does of lot of fancy lighting tricks just with the color - and since he was doing both inks and color he would often get "impressionistic" with his inks and colors - he would go against "house style" and not always have containment lines for background elements. Janson relates story of  doing an issue of DD with Miller where they made a two week deadline for a whole issue and Janson got chewed out for "impressionistic" inks

- interesting to think if he would have been encouraged to experiment - like on St. George and paired with another strong artist he could have really done some way out stuff with inking and color.The interviewer asks him if he'd ever switch up his style completely - like Sienkiewicz and Janson says he would like to do a "Moebius" and draw in a whole different style.

- seems like Klaus came into comics when there was freedom to be inventive within "mainstream" work for hire. He never went out and did his own thing. He remained a "company man" - he even wrote the book, literally, for DC on inking. He still inks current high profile titles. He's been around forever and is, for many of me and many of my peers - very inspirational. He is responsible for turning many a schlocky super hero comic into a fine example comics making craftsmanship.  When I dig thru my comics collection and see the work he has done - the books he has helped deliver - there is always something invariably well crafted that has Janson's hand. His design, his line, his color - are to me fairly recognizable. And regardless of creative partner - his hand really makes a difference.

Like my good friend Kevin Huzienga - I love when he inks Buscema. The issues Kevin really loves were Kull. I like him inking Gene Colan for Eclipse monthly (the comics sized version) where he did these really bright colors also - oranges and greens and purples. Really loose and airy - beautiful stuff. Janson is often the perfect "rhythm section" for another artist. I mean that in the most respectful way. Think music. He "holds it down" and accentuates the best parts of the "leader" without playing over him. Comics - like music and film - often gets hung up on the auteur singular genius - when really it is a collaborative form at heart. An ensemble approach often sounds better than the solo approach. They aren't exclusive of each other - but something to think about.

I am having one last comic book back issue sale in my studio. This Saturday - August 25th. It is a regular comics convention. Guests include Lala Albert, Aidan Koch, Michael DeForge, Ben Marra and Jonny Negron. 451 West street NYC 10014 between Bank and Bethune. Noon to 7. 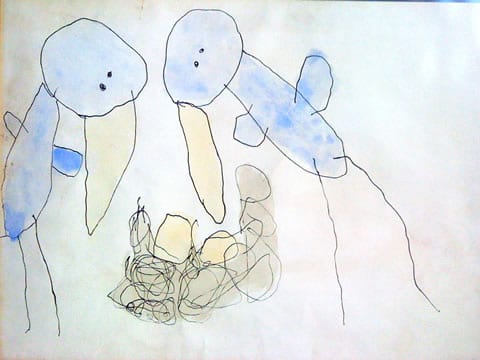 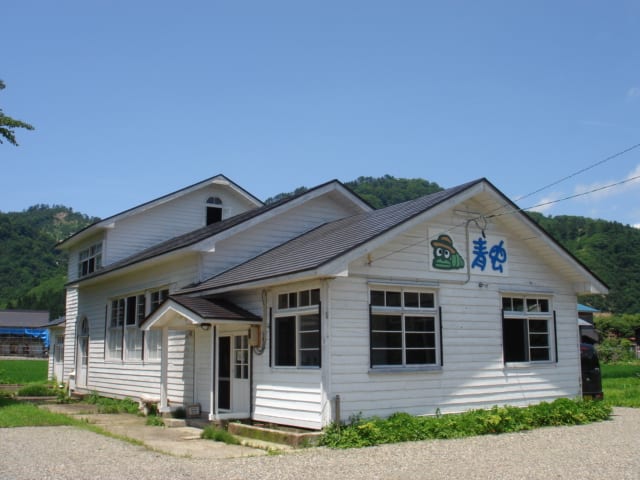