Herbert W. (or “Happy Herb” as he was frequently identified in comic book credits) Trimpe died suddenly this week at the age of 75 from a heart attack while he was out jogging. Trimpe had not been ill, and his death was a shock to his family and army of fans. Trimpe, a long-time Marvel Comics artist began working for Marvel in the production department in the mid-'60s, and began drawing comics in 1967. He eventually found lasting fame as the penciller of The Incredible Hulk in an almost unbroken string of issues from #106-142, and #145-193, as well as drawing issues 204, 355, 393, and annuals #6, #12, (which he both penciled and inked), and #16. He earned latter-day fame (and became a much sought-after convention guest as a result) as the first artist to draw the Wolverine, a character who debuted in Incredible Hulk #180 as a villain and has since gone on to become one of the best-known and most popular Marvel Comics characters after being added to cast of the new X-Men during the Byrne-Claremont era, appearing in numerous miniseries, and becoming one of the stars of the many X-Men films, and even several solo film adventures. 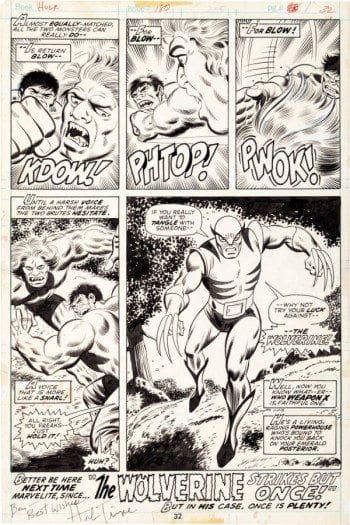 Although Trimpe was the main artist on The Incredible Hulk during the period he was drawing the character, and co-created all of the supporting characters during that time, including Jim Wilson (#131) and Doc Sampson (#141), and the Hulk Busters military unit, Trimpe, did not, as some writers have mistakenly noted, co-create the Wolverine. For the record, Wolverine was the brainchild of Marvel Art Director John Romita (who designed his costume) and writer Len Wein; they deserve the credit for originating the character. However, since Trimpe drew Wolverine’s first appearance and the first issue-length story the character appeared in, he definitely deserves some of the credit for helping to flesh out the character’s personality, as he did with all of the stories he worked on, including writing some scripts and fleshing out the bare bones plots he was given. Last year, the page depicting Wolverine’s debut (which Trimpe had given to a friend), sold at auction for a staggering $657,250, one of the highest amounts ever paid for a page of comics artwork.

After his long tenure on the Hulk, Trimpe became Marvel’s de facto “go-to” guy for drawing licensed characters in titles such as Godzilla, Shogun Warriors, G.I. Joe, The Further Adventures of Indiana Jones, NFL Super-Pro, Robocop, Star Wars, and Planet of the Apes. 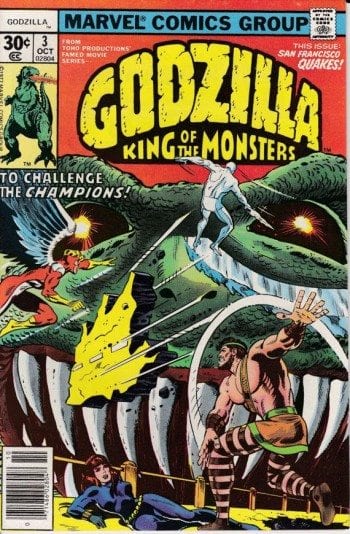 In addition, during his 29-year career at Marvel, Trimpe drew virtually every character in the Marvel stable at one time or another including Captain America, the Fantastic Four, Iron Man, the Defenders, the Ghost Rider, Nick Fury, Thor, The X-Men, Spider-Man, Killraven, the West Coast Avengers, Ghost Rider, Machine Man, the Outlaw Kid, Rawhide Kid, Sgt. Fury and His Howling Commandos, Ka-Zar, Ant-Man, US. 1, Dr. Strange, and the Silver Surfer. Of special note is the character that Trimpe, an avid flyer for decades, co-created with writer Gary Friedrich, in 1968: Phantom Eagle, a WWI flying hero. Trimpe also co-created the Shroud with writer Steve Englehart, and in 1976 teamed up with X-Men writer Chris Claremont to create Captain Britain for Marvel’s UK comics line. The character premiered in his own title, Captain Britain (cover-dated October 1976). Trimpe’s work for Marvel, especially his version of the Hulk, became so iconic that Trimpe was tapped to illustrate the cover for the September 16th, 1971 issue of Rolling Stone, which featured a long article on how Marvel Comics had become a cultural juggernaut.

In the mid-'80s, the revival of Savage Tales as a black and white magazine provided Trimpe with the opportunity to combine his love of aviation with his finely honed drawing skills to produce four installments of the “Skywarriors” strip (appearing in Savage Tales #1-4) that he both wrote and drew. Many of his fans considered Trimpe’s art on this short-lived feature to be some of the finest work he produced during his long career in comics. 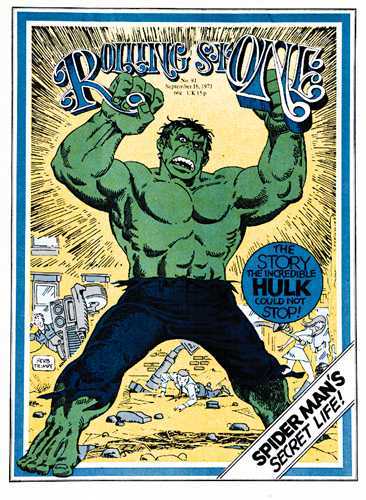 However, despite his 29 years of loyal service to Marvel Comics, when the company changed ownership and went bankrupt in 1996, Trimpe was unceremoniously given his walking papers, and found himself unemployed for the first time since he’d left the Air Force in the early ‘60s. He chronicled this experience most poignantly in the pages of the New York Times in 2000, in an article entitled “Old Superheroes Never Die, They Join The Real World” that reprinted excerpts from his journal entries chronicling his triumphs and frustrations as he transitioned from seasoned professional comics artist to grad student to public school teacher. He became an ordained deacon in the Episcopal Church in 1992.

After being cut loose by Marvel in 1996, Trimpe did not leave comics altogether; he freelanced for several other comics companies, including Dark Horse (B.P.R.D.: War on Frogs #1), IDW Publishing (G.I. Joe: A Real American Hero Annual #1 and Hundred Penny Press: G.I. Joe: Real American Hero #1), and Image Comics (Savage Dragon #156 alternate cover, and a backup story in Savage Dragon #200). Trimpe later returned to Marvel to depict his signature character, the Incredible Hulk, drawing an eight-page backup story for King-Size Hulk #1 in 2008. His interest in aviation spurred him on to publish an eight-page comic book entitled Firehawks, in which the Bugatti 100P aircraft was a major component of the story. He later did a 24-page comic entitled: Firehawks: Breath of the Dragon.

Among the awards and nominations Trimpe received in his lifetime was a nomination for a Shazam Award for Best Inker (Humor Division) in 1973. He won the Bob Clampett Humanitarian Award in 2002, for his month-long stint as a volunteer chaplain at the World Trade Center site after the 9/11 attacks. That same year, Trimpe was awarded an Inkpot Award at San Diego’s Comic-Con International.

Divorced from his first wife sometime around 1971, Trimpe is survived by his second wife former Marvel writer and Editorial Assistant Linda Fite, with whom he had three children, and his third wife, Patricia. Trimpe fathered four children, including Amelia and Sarah, who are in the band The Chief Smiles, along with their brother Alex, who was a co-penciller with his father on several comic book assignments, including Robocop #11, The Mighty Thor Annual #16, and Fantastic Four Unlimited #3.

Trimpe’s family has requested that in lieu of sending flowers that friends and fans make donations to the Hero Initiative (an organization Trimpe strongly supported), or the Kerhonksen Accord First Aid Squad. 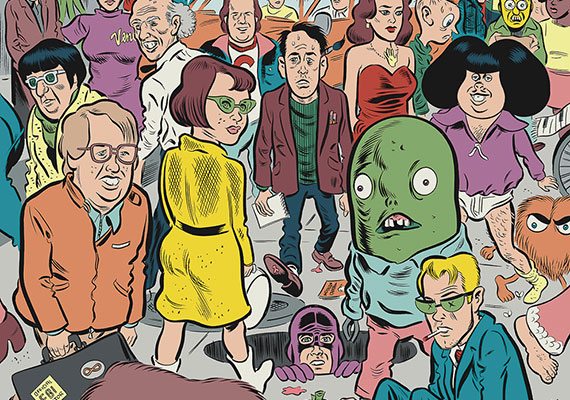 Hole in the Ground 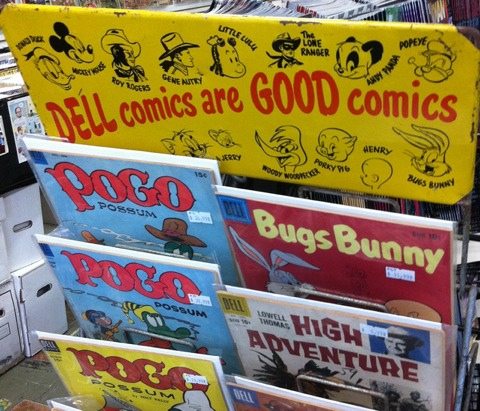