It's an unplanned theme, but today appears to be all about political activism on TCJ.com. First, Ryan Holmberg has an interview with Vishwajyoti Ghosh, the cartoonist behind Delhi Calm, set during India's "Emergency" of 1975 to 1977. Here's an excerpt:

I just find myself drawn to them. I don’t claim that I have a particular interest in politics, but I find myself very drawn to discussing issues in a visual framework. I have never been a big fan of speculative fiction or science fiction. Most of my comics haven’t moved beyond the twenty meters of my own universe. I find that universe itself quite enough to deal with.

If that’s true, your personal universe includes more political and historical issues than most other cartoonists. One could say that a lot of people who draw graphic novels or manga-style comics are focused on their immediate universe, their everyday life, but devoid of politics and history.

Well, in my case, even when I do something not political it gets perceived as political. The moment I open my mouth, everyone thinks it’s political. But that might not necessarily be the case. I did a comic two years back for Time Out, a special issue on food. I did a piece about an Iraqi restaurant in Delhi, just a nice conversation piece with the Iraqi manager of the restaurant. The way the magazine put it out made it sound like it had less to do with food and more with politics.

Rob Kirby is also on the site today, with a review of John Lewis, Andrew Aydin, & Nate Powell's March.

Presenting the story in the form of a graphic novel makes it that much more accessible and immediate for the targeted YA audience; March is a showcase example of the power of the comics medium as an educational tool. As a teenager himself, Lewis drew great inspiration from a ten-cent comic book called Martin Luther King and the Montgomery Story, published in 1956. He recently told an interviewer that this humble comic was “like a Bible” for him and his fellow activists back then, an indispensable tool for learning how to implement non-violent activism and protest techniques such as passive resistance and sit-ins. Though March deals with important, weighty themes, it never feels didactic, remaining immediate and engrossing throughout. Lewis and his co-writer, congressional staffer Andrew Aydin (who convinced Lewis to present his narrative in the comics format), keep the proceedings simple and linear.

—History & Background. Neil Gaiman & Dave McKean tell The Guardian how they made Sandman. A selection of New Yorker cartoonists reveal the autobiographical basis of some of their cartoons. MLive has a short profile of Randy Scott, the man who oversees the largest library comic-book collection in the world. 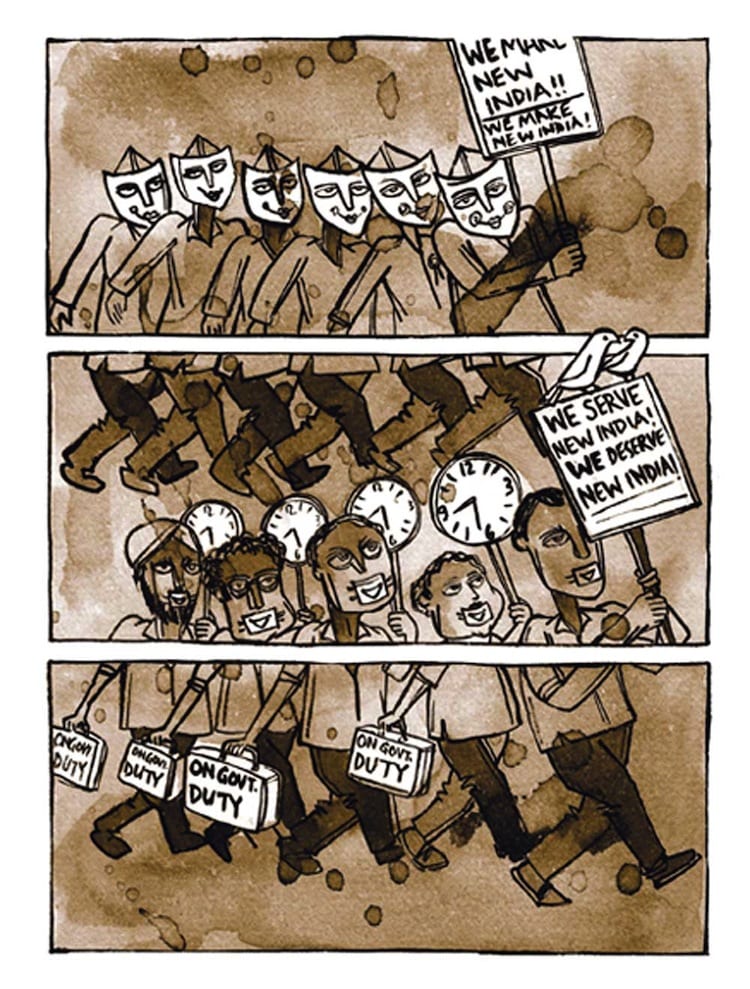 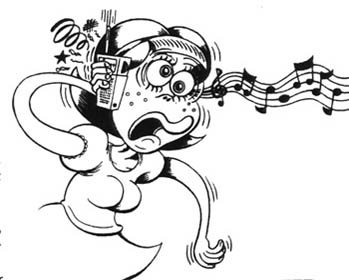