Language Barrier is a collection of four one-off full-color zines that Hannah K. Lee, a talented Korean-American Brooklyn-based artist, created from 2012 to 2017. Each of the zines has a different focus, though all carry Lee’s playfully ironic aesthetic. The zines are presented in the following, non-chronological order: Hey Beautiful (2017), Shoes Over Bills (2012), Everyone Else is Younger and More Talented (2014), and Close Encounters (2015). There’s a nice trajectory from the relatively straightforward comics that open Hey Beautiful to the typography-based poster-style visuals of Close Encounters. Thoughtfully curated and presented, Language Barrier is a groovy, pocket-sized little handbook for self-doubting, conflicted artists (and other assorted human beings) everywhere.

Alex Dueben has taken on a regular feature at Smash Pages. Here's the lot, which is a good bunch.

More on the Village Voice -- this time a history of its art direction, which was crucial to comics and illustration.

And a remembrance of Greg Escalante. 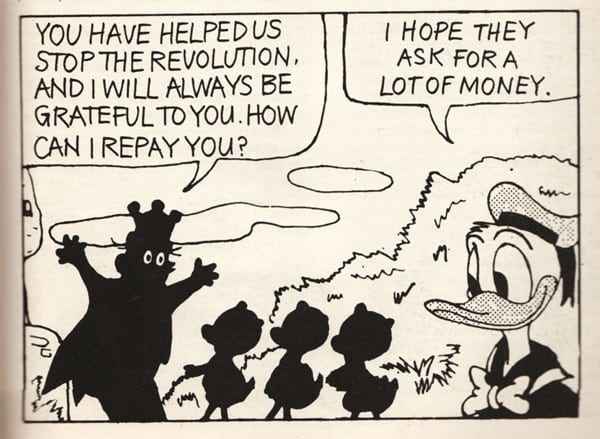 I Hope They Ask for a Lot of Money

“A Tricky Cad”: The Gravies, Sawdust and Chester Gould