Block out some time, because we've got a big one for you today, a long interview with Gilbert and Jaime Hernandez conducted by Dan and myself and Frank Santoro. Both Gilbert and Jaime were on that morning, and willing to talk about anything and everything. Here's one exchange taken more or less at random:

HODLER: I might be misremembering, but I believe I read an interview with you where you said that when you create stories, you kind of work at the beginning and the end and the middle all at the same time.

GILBERT: It’s different all the time. That’s probably most of the way I worked. Sometimes, I would just draw the last page real sloppy because I’m tired, I’ll do that as I start the story, and if I know what the ending is, I rarely know what the ending is, but I’ll draw the last page early on if I know what it will be. Like, Marble Season, my Drawn & Quarterly book, I drew the last page when I was halfway done with the book, because I didn’t want to get to that last page feeling, “I’m tired, I don’t wanna draw this page!” [Laughter.] That lesson came from one of the early Barry Smith Conan stories, it was “Red Nails.” Was it the end of the first chapter, or the whole…? The page where you can tell, Barry Smith, it was probably 4 in the morning, and he just couldn’t do it much justice.

JAIME: I thought the whole second issue was …

GILBERT: No, it looks like it. Or Pablo Marcos.

GILBERT: I can tell because it looks like Barry Smith was fried at 4 in the morning, and he's gotta get it into the office and it’s not done. I don’t wanna do that, so the trick is to do that page before you get to the end. Yeah. And the sloppy page might be in the middle of the story now, instead of the very end but not a lot of people notice. It’s very telling when it’s at the end.

I learned from those mainstream guys, that’s one thing. And I think a lot of indie artists don’t. And that’s why they can’t freakin’ tell stories or structure stories or have stories, ‘cause you gotta learn from the mainstream, the nuts and bolts of putting a comic together, anyway. Like Dan Clowes said, “You watch enough episodes of Mannix and The Twilight Zone, you learn how to structure a story.” These guys don’t. You know, story structures. I mean, they might be talented in their own way, but you’re not getting stories there. And I think that’s what makes our comics kind of awkward in the indie scene, ‘cause they’re actually stories. No plots, but stories still.

—The Eisner Awards judges have been announced.

—In Buffalo, a mysterious illegal mural has appeared, celebrating the work of the late Spain Rodriguez.

—Brooklyn magazine has a tour of Gabrielle Bell's apartment.

—Jenna Brager at the Los Angeles Review of Books reviews Hope Larson's adaptation of A Wrinkle in Time.

—The New Statesman has a slew of comics coverage out right now, including among other things Colin Smith interviewing 2000 AD's Al Ewing and Henry Flint, and TCJ's own Hayley Campbell on the UK comics boom. 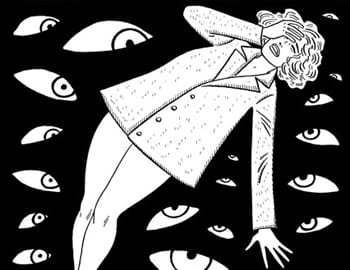 The Gilbert and Jaime Hernandez Interview 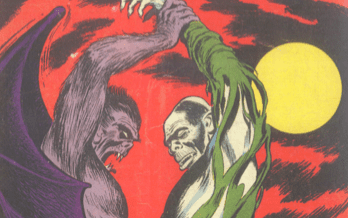