Today, at TCJ, Matt Seneca is here with a look at Criminal #11, the most recent issue of Ed Brubaker & Sean Phillips long-running company-hopper of a book. Check it out, then circle back here for more TCJ updating:

I was worried I'd be lost coming in so cold, but Brubaker's frequent, terse, and declarative narration pulls all the weight of situating readers comfortably in the middle of his story's action. This being said, it does have a puzzling tendency to switch back and forth between past and present tenses whether or not there's a flashback sequence going on, and if anything, Brubaker does his job too well. There's not much in this issue, at least, that indicates why its content exists as a comic and not a novel - a cardinal sin in my book, even if its creators still manage to put forth a pleasant read. It's even more confusing given that the whole point of Criminal as an enterprise is comic-izing a form whose prose existence is so robust. Each page is laid out in the three-tier/widescreen template that's been stale since the moment Darwyn Cooke finished codifying and perfecting it in New Frontier, and the interplay between words and pictures makes no attempt to move past Comics 101. Brubaker tells us some crooks change into phony security guard uniforms and Phillips shows us beefcakes buttoning shirts and donning ballcaps; Brubaker tells us they walk across the parking lot and there Phillips shows them going between cars, in the same two-shot framing as before. The substance of it does nothing to get your blood moving, even if it does a good job of proceeding apace.

It's Christmas Eve! Regardless of whether or not you celebrate this, the apex of the world's one true religion (rampant hyper-consumption), the impact it has on one's ability to get to the grocery store is felt by all, provided you are lucky enough to live in a country that has grocery stores, provided as well that said country is not on fire. Let's assume then that if you've got time to read these TCJ blog entries--few and far between as they may be, then you're someone not feeling the impact of a collapsing economy, a terrifying political climate, freakish, life-decimating weather patterns, but are instead blessed with the free time to keep up with us over here at The Comics Journal as we clear the decks and prepare for 2020, a year which, by even the most optimistic accounts, is sure to be the most obnoxious one in recorded history. As well as the hottest? Probably.

This week, we'll be ladling out our Best of 2019 posts--one focusing on the comics that various contributors felt earned the name, and one where we look back on the pieces those contributors wrote. My feeling on these lists is that they're a good test of whether or not a house of criticism has done its job: namely, that your Best of Year list should be the least surprising thing you do all year, because every first-time-mention on that list is a book that should've been looked at earlier. It's a public report card, often reflecting an editor's failings, and while I'm not looking forward to it, I can't wait for other people to do so. Look for those pieces to go up on Thursday and Friday of this week. (There may be other surprises this week as well).

Last week was a syrupy one, as any week with a new Bob Levin should be. Monday, he took a classic Levin look at J.T. Dockery & Sexton Ming's Kenttucky Pussy, published by Ohio's own Nix Comix. I like that Nix guy, he's a good dude. Bad graphic design on those Nix comics though. Put that on the 2020 bucket list, Ken!

His relationship with Dockery had begun in one of those but-for-that moments which Goshkin treasured. He had acknowledged in-print the influence on his prose of the not-exactly-of-the-canon Nick Tosches, whose story “Spud Crazy” Dockery just happened to be adapting for a comic. Dockery and Goshkin had progressed into praising each other’s work in publications that reached audiences not much larger than those which filled Ming’s pubs. Now, an hour before typing that sentence, his daily doppio barely begun, Goshkin had read Tosches’s obit, in which he’d been quoted as saying “one of the rewards of being 50” was the right to wear leopard-skin loafers.

Tuesday, Marc Sobel returned to The Book Nook, an Atlanta staple that should be the second place you go on any trip to the South, the first being Bizarro Wuxtry. He found and bought some old Steve Bissette as all good heroes should:

Bissette has long been a champion for sophisticating the horror genre in comics, but in these early works, he had a very different agenda. These stories were obviously geared toward Scholastic’s juvenile readership, however, for Bissette, they served a greater purpose than simply providing momentary diversions from the drudgery of schoolwork. Having grown up in the ‘50s and ‘60s, Bissette was a huge fan of science fiction and horror from a young age. In his Afterword in Fear Book, he recalls being inspired by everything from classic monster movies to the Mars Attacks! trading cards to Aurora model kits. As for comics, he mentioned Kirby’s Atlas books, the Warren magazines, various Charlton and ACG horror anthologies, and the seminal first issue of Ghost Stories by John Stanley, though undoubtedly this is an abbreviated list. However, as a young man in the ‘70s, he was frustrated with the deluge of graphic, adult-oriented bloodbaths which had come to dominate the horror genre. He lamented what he referred to as a dearth of “innocent horrors.” Thus, he viewed his work in Weird Worlds not just as a professional gig, but also as an opportunity to introduce “a new generation of young readers” to his beloved genre.

Wednesday, Austin Price took a nice long look at Taiyo Matsumoto's Cats of the Louvre, the latest affectionately received Matsumoto title to make it to English. Look for bonus Jog content in the comments section!

But if Cats is deeply preoccupied with death and critical of escapism it’s not lacking for humor, or for warmth; it’s hardly what might be described as grim. There’s something moony about Matsumoto’s approach to our inevitable end that removes it of its sting. This might be easily attributed to the prominence of the cats. Here as in life it’s the contrast between their cool remove, preening stylishness, and obvious foolishness that makes Matsumoto’s felines such a joy to follow; there’s an observed quality to their play, their fights, even the aforementioned frivolity they display in the face of death that captures so much of their appeal. Anyone who’s spent long enough around a pack of cats or even an afternoon (a Caturday?) browsing cat-themed videos on Youtube knows how arbitrary their moods, how particular their politics, how engaging their dramas can be, but we’ve so long emphasized the cuteness of these idiosyncrasies that we forget how bizarre they must seem to somebody on first encounter. Not Matsumoto, whose decision to emphasizes just how truly strange these animals are gifts the book an absurdity that mitigates against its more dour inclinations.

Over at Chimera Obscura, podcaster Gil Roth shared the audio of remarks made Tom Spurgeon's memorial service, which took place on December 14th in Columbus, Ohio. It was a moving event, well attended by Columbus friends, Spurgeon's family, and a healthy contingent of those who came to know him online. 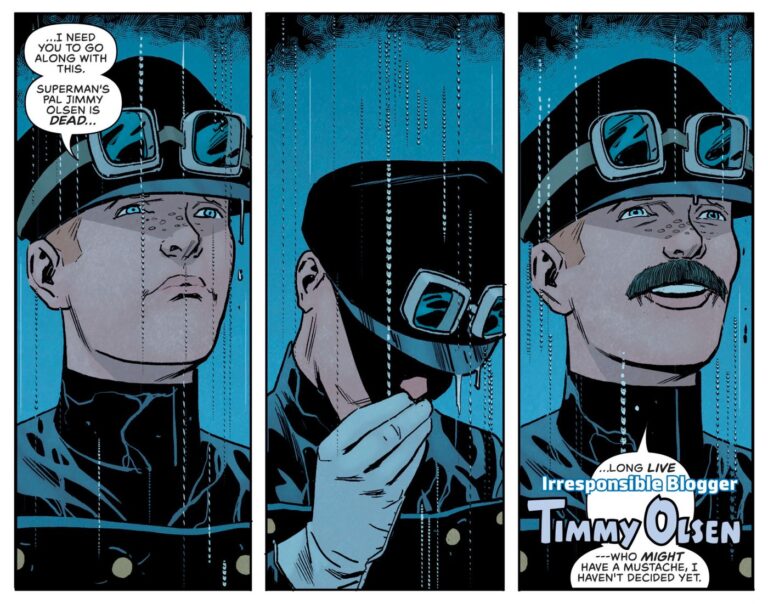 My Agenda’s Got A Different Twirl (This Week’s Links)