Today brings us the second installment of Ron Goulart's column of correspondence with great cartoonists of the past. This week, his subject is Sheldon Mayer, of Sugar and Spike and Scribbly fame. Here's an excerpt:

Always an editor at heart, Mayer would give me advice for Gil [Kane], mostly about his interpretation of my copy. Then we’d get to talking about his days with M.C. Gaines and DC. He’d talk about staff members, about the ones who gave him a pain in the ass, about some long-ago secrets. A few times, about ten minutes after hanging up, he’d call back and say, “About that business I was talking about, don’t use it in any of your books. I don’t want to jeopardize my pension.”

We also have Sean T. Collins's review of Guy Delisle's Jerusalem, about which his feelings are mixed:

Delisle is not Joe Sacco, as a joke near the end of the book drives home, and he’s not out to tell a “story” in either the sense of a storyteller or a reporter. His M.O. is to record his life when that life is placed in an unfamiliar and (to put it midly) politically problematic environment, under the assumption that the result of that recording will provide a useful window on the interaction between the personal and the political. That’s all well and good when you’re in such underreported environments as North Korea, China’s designated Special Economic Zones, or Burma. But unlike those sealed-off locales, Jerusalem (even the out-of-sight out-of-mind Palestinian areas) is arguably the most reported-on location on the planet, as befits its centrality to the current Ocenania/Eurasia/Eastasia arrangement of fanatical Islam, Judaism, and Christianity as they attempt to draft the rest of us into their divinely ordained assaults on one another. As such, unless you’re as much of a tyro to the entire topic as Delisle portrays himself to be — not realizing Yom Kippur is anything other than a war, or that Gaza residents can’t leave, and so on and so on — you need a reason to revisit this material that you can’t get anywhere else.

And then of course there's Frank Santoro's Sunday column. This week he went into "blind item"-mode.

—The Swedish Supreme Court has ruled that certain Japanese manga depicting children in sexual situations are not child pornography, reversing the earlier conviction of a translator in that country.

—Coincidentally (but not unrelatedly), Neal Gaiman writes a defense of the Comic Book Legal Defense Fund, after a reader wrote in expressing qualms about supporting figures like Christopher Handley, an American manga collector convicted of possessing "obscene" manga depicting children in sexual situations.

—Ed Champion has a long audio interview with Alison Bechdel, and I believe we neglected to link to MariNaomi's earlier illustrated interview with Bechdel for The Rumpus.

—You of course have already heard of Ray Bradbury's death. Michael Dooley has collected images from the EC Comics work based on his writing.

—Trevor Von Eeden has disowned the art to at least two issues of the 1990s series Black Canary, due to what he regarded as editorial interference. Daniel Best has posted scans of his original artwork next to the finished pages here so you can judge for yourself.

—Finally, Grant Morrison was given an award. 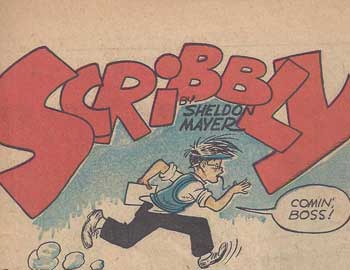 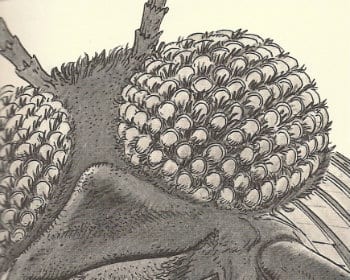