-And I want to direct you, dear readers, to the comments on Kim Deitch's Roger Brand article. They form a remarkable partial composite image of Brand, and expand on Kim's memoir. We hope to gather these up in some digital form, with additional images, when time permits.  Scroll down.

-I'm pleased to see a new comic from Ed Piskor, this one looking like some kinda cultural overview. Intriguing.

-The cartoonist Lilli Carre wrote in to tell us about the Eyeworks Festival of Experimental Animation, which she co-runs. It's in Chicago, Nov. 5-6, and sounds pretty awesome. There'll be work by lots of cartoonists and comics-related people, including Florent Ruppert & Jerome Mulot, Julie Doucet, Bendik Kaltenborn, Lori Damiano, Jesse McManus, Peter Larsson, and Nicolas Mahler. Sounds good to me.

-I always enjoy looking at work by the illustrator Bernie Fuchs. Here are some fine sketches and commentary.

-There's some controversy over late-period Jack Kirby work, summarized over at Bleeding Cool, with various sides represented, and put forth initially, based on Greg Theakston's new book, over at 20th Century Danny Boy.

-Sometimes the imitation is more fun than the original. 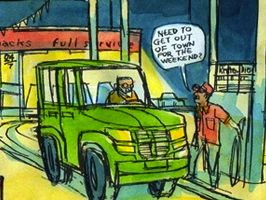 Back in the WordPress Groove 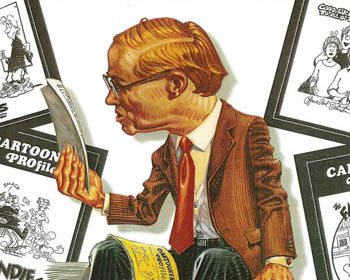