David Anthony Kraft, best known to comics readers for writing some of the formative years of Marvel’s The Savage She-Hulk and The Defenders, and for founding/editing the highly respected Comics Interview magazine, contracted COVID-19 and died of respiratory pneumonia on May 19 at the age of 68.

He was one of those rare birds from the days of old Marvel who wasn’t from New York. Born in Devil’s Lake, North Dakota, May 31, 1952, and later moving to Georgia, he grew up with DC Comics, which was then peddling the likes of Mort Weisinger’s Superman and Jack Schiff’s Batman. He found himself also drawn to reruns of the old Republic Captain America serial from 1944. When he picked up some of the initial issues of The Incredible Hulk by Stan Lee and Jack Kirby in the early 1960s, he experienced an engagement with the material that woke him up to the possibilities of visual sequential storytelling. He “didn’t get around [to Spider-Man] till issue 19,” according to a 2020 Comic Book Historians interview conducted by Alex Grand and Jim Thompson. Kraft “quit DC Comics when I was seven or eight” and “decided they were just totally stupid.” It appeared that anything that even mildly defied the conventional he would follow like breadcrumbs for a soul starving for the atypical, which inevitably led to science fiction and old pulp tales. He remarked, “I loved the Edgar Rice Burroughs books, and his closest competitor was Otis Adelbert Kline.” When he was 16, Kraft decided to go beyond just consuming books and applied to work at literary houses in New York City: “I decided to apply for every kind of editorial job there was. Including, The New Yorker.“ Initially unsuccessful, he managed to find Kline’s contact information and called him up. Finding opportunity, Kraft proposed to help the writer sell his work with the pitch “’What have you got to lose? If I don’t sell anything, you’re exactly the same. And if I do, voila!’ I became Kline’s agent, in high school.” 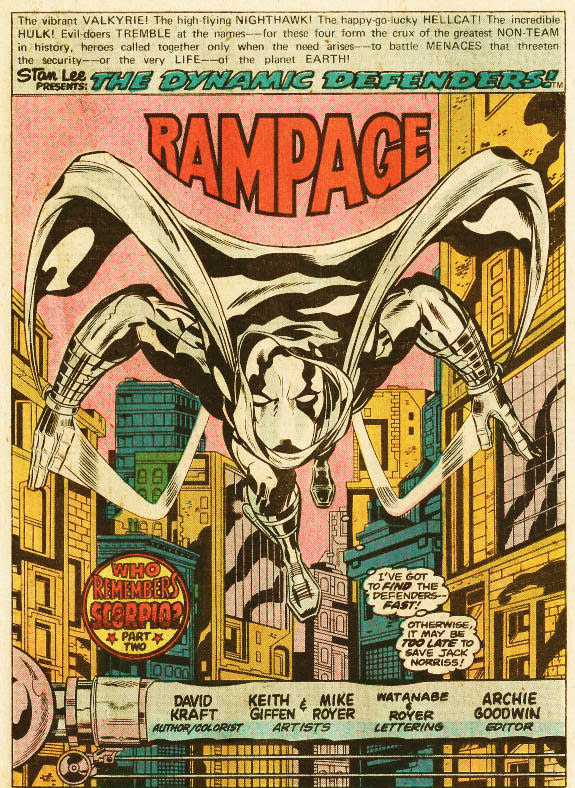 After a few years representing Kline, Kraft got a call from Roy Thomas, who in the early 1970s was in the market to license pulp material for a new brand of comic book branching off from the success of Conan the Barbarian. Since DC initially succeeded in getting Tarzan, Thomas was interested in Kline’s material. During their discussions, Kraft inquired, “Hey, Roy, can I write for Marvel?” Though Thomas invited Kraft to do so, he didn’t have time to submit something at the time as he “was editing a metaphysical magazine in Northeast Georgia.” In 1973, he founded his own specialty SF publishing company, Fictioneer Books, and published books by Kline, Robert E. Howard, A.E. van Vogt, L. Frank Baum, Jack London, and later even future Marvel collaborator Don McGregor. He had sold some tech science fiction to Amazing Stories and some comics stories to Skywald magazines. “I had cold called Sol Brodsky at Skywald, with all the confidence of somebody who’s in high school. I was like, ‘I need to write for you’... he agreed, and I did a few stories for those magazines.” He was breaking into the comics market, when, in early 1974, Kraft got a letter from Thomas looking for an associate editor. Kraft’s first Marvel editor credit was co-editing Tales of the Zombie with Don McGregor, which began a lifelong friendship. “We had desks side by side while we we're editing, under Roy. This is what’s weird, there was Roy, Don and [m]e, doing the entire color comics, Marvel-like. I mean, that was it.” He also worked on John Byrne’s first published work at Marvel in Giant-Size Dracula #5, but he didn’t want to be pigeonholed in horror as he had also set his sights on superheroes. 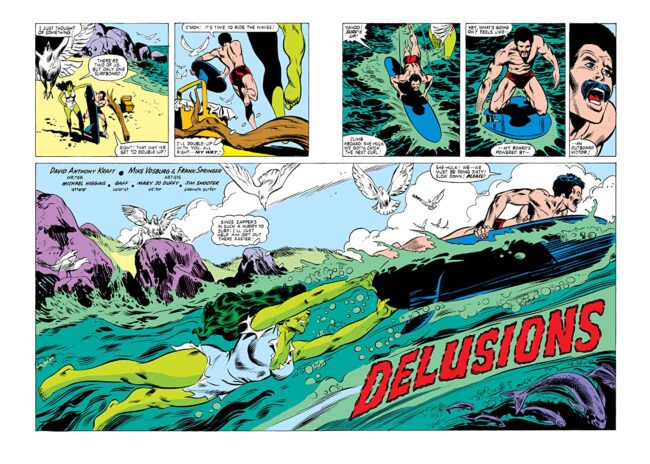 After Kraft had been at Marvel for a year, Stan’s brother, Larry Lieber, became editor of the Atlas/Seaboard line published by Martin Goodman. He called Kraft and offered him the job as his associate editor. “[T]hey were doubling my salary that I was getting at Marvel, on staff as an editor,” he told Grand and Thompson. He dealt with Lieber as well as both Goodmans, Martin and Chip. He described Martin as scary and very similar to the Man with the X-Ray Eyes in the film starring Ray Milland. It was at Atlas that he co-created Demon Hunter with Rick Buckler. Enjoying the work, Kraft got on his motorcycle to move to the West Coast with dreams of literary grandeur, but upon his arrival, Atlas was defunct and no longer operational. He returned to New York, and through editor Gerry Conway he turned in some Swamp Thing stories for DC Comics and eventually put in a phone call to Jim Salicrup, who invited him back into the Marvel fold where he worked with fellow Atlas alum Larry Lieber on the Marvel UK books.

Almost immediately, Kraft reunited with Rich Buckler and incorporated their Atlas character Demon Hunter into the Marvel Universe as Devil-Slayer. Kraft also began working on the superhero line and took on the Jim Steranko-created Marvel fanzine FOOM with issue #15 (sporting Howard the Duck for President on the cover). FOOM was given a small budget of $750 an issue and Kraft filled in much of the space himself, promoting events at Marvel like Jack Kirby’s Devil Dinosaur. He also wrote a celebrated run on Defenders, including his flagship 1977 Scorpio Saga storyline with artists like Keith Giffen and Carmine Infantino. He was careful to give each member of the team a very specific voice and perspective. He tackled the She-Hulk series in a similar way starting with issue #2, giving her the distinct casual and party-loving personality that she still carries to this day. During these years at Marvel working on superheroes, he maintained their connections to their origins in the 1960s, using phrases and tropes developed by Lee, Kirby and Ditko, but bringing a fresh, late-’70s energy to the characters. Kraft told Grand and Thompson, “When Len Wein was editor, he called me in... I had Jonah calling [Spider-Man] the wall-crawling weasel. Len said, ‘He would never say that.’ Well, I’m a research guy, so I pulled out the Stan Lee books with all the Jonah, and I’m like, ‘Right here, he calls him a wall-crawling weasel’.... I tried to keep the characters in character.” Despite his loyalty to established character, Kraft said he enjoyed the looser professional environment of Marvel Comics as compared to the culturally tighter DC.

In the background, he was still privately publishing books through his Fictioneer imprint like Don McGregor’s Dragonflame and selling copies to Phil Seuling's Seagate Distribution for distribution. Kraft was also meanwhile navigating his duties at Marvel. Since he was working on licensed comics involving the Beatles and Sgt. Pepper's Lonely Hearts Club Band, he would walk down the hall for frequent meetings with Stan Lee and Jim Galton who preferred he change his “hippie gear” to a suit. It was through these frequent discussions with Lee that he learned about the political and business goings-on at Marvel. Kraft eventually developed a positive working relationship with Sol Brodsky, who at first intimidated him, but soon became a surrogate Jewish father. Under Brodsky, Kraft was set up with his own office and contributed to special projects like the Marvel children books. 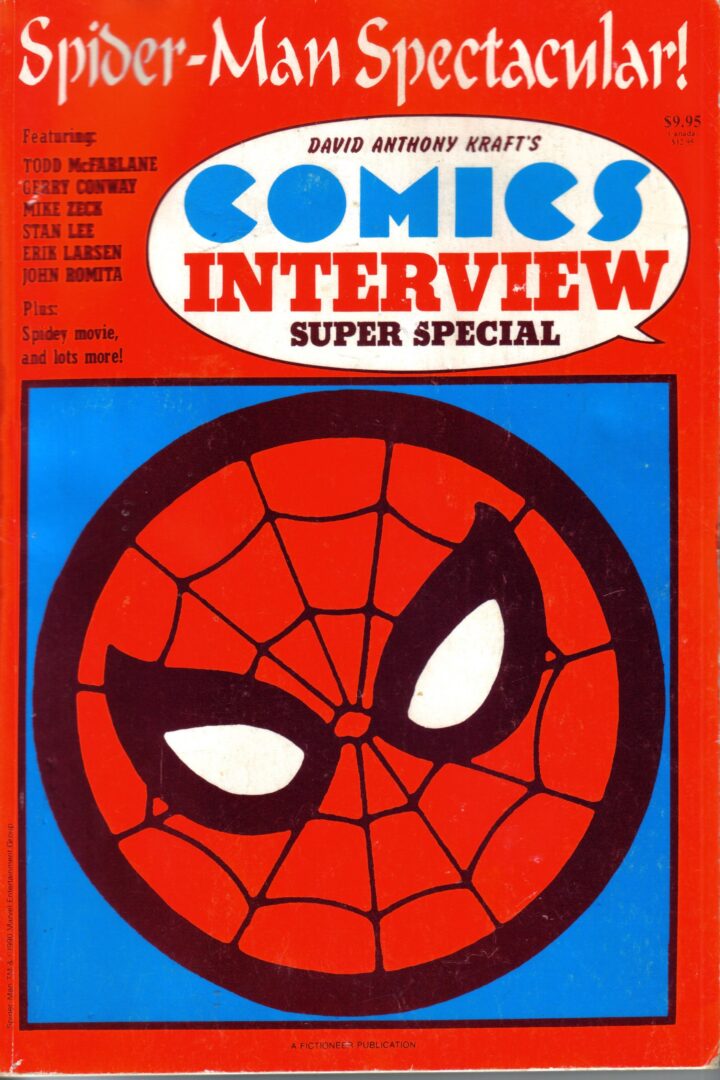 In 1983, Kraft left Marvel, which had changed from a looser environment to a lucrative but tighter editorial structure under Jim Shooter. Hoping that DC under new management would be looser than its mid-1970s days, he found himself disappointed and soon left both companies behind. Kraft was still industrious, as he continued his Fictioneer Publishing and, in 1983, began Comics Interview to expand on the comics journalism harnessed by Fantagraphics' The Comics Journal and Amazing Heroes.

Publishing 150 issues through 1995, Kraft and fellow cohorts interviewed the likes of Chris Claremont, Stan Lee and Larry Houston, getting the scoop on publishing, comics and animation. His connection to the latter led him to become involved as writer and story editor on the 1990s cartoons G.I. Joe Extreme and Street Fighter: The Animated Series. He eventually went into self-publishing his own comics series with Onrie Kompan, beginning in 2009: Yi Soon Shin, about a 1500s Korean admiral. 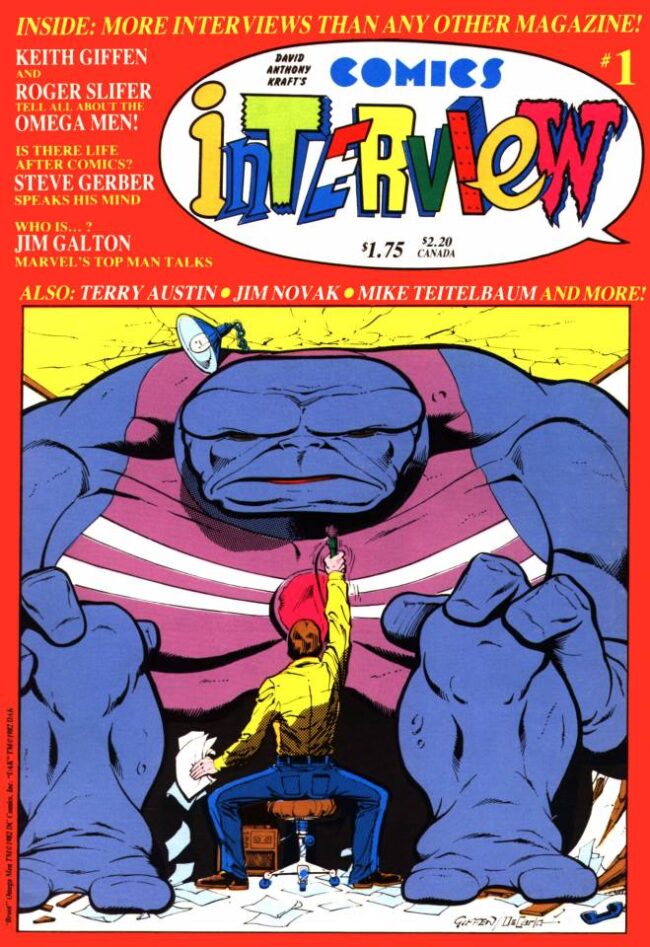 Kraft was asked during his Comic Book Historians interview to name three mentors who had a profound impact on him. He mentioned Kline acolyte E. Hoffmann Price, who encouraged specificity in writing; Leigh Brackett, who encouraged storytelling through dialogue; and Stan Lee, whose dialogue he loved reading as a teenager in the early 1960s. By all accounts, Kraft had a lust for life, not afraid to travel to unknown places and meet interesting and influential people. He expressed this through various media in comics, books, animation and publishing.

He is survived by his wife, Jennifer Bush-Kraft, their son Bryce William Davidson Bush-Kraft, and step-children Jenniferann Bush, Jacqueline Bush, Kizzie Bush, and Adam Bush. In lieu of flowers, DAK and his family asked that donations be made to comic writers in need via The Hero Initiative.

Alex Grand is a comics history consultant quoted in projects for Marvel Studios, Lego, The Wall Street Journal, CGTN America and The Today Show. He appears in documentaries like Slugfest and Life According to Stan Lee, writes and animates an ongoing comics history docu-series and co-hosts the Comic Book Historians podcast. 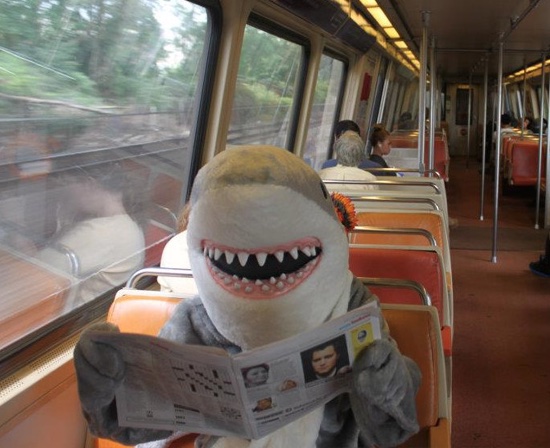 Bought, Not Opened, And Thrown Away – This Week’s Links 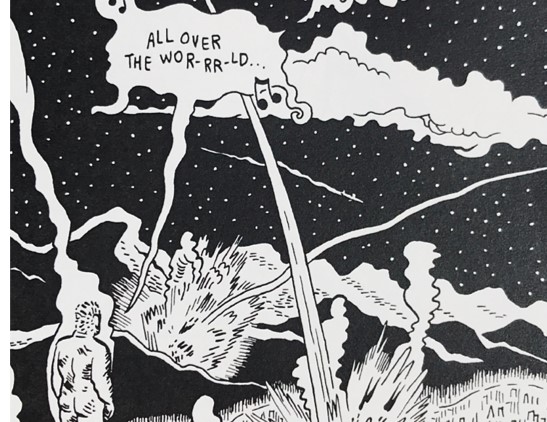 Zineth 1: Small Press and Self-Published Comics in the Pandemic Era