Back in late August/early September, I was invited to teach a two-week workshop in Denmark. It was at an animation school with a comics department: The Graphic Storytelling program. The two parts of the school are housed together in a quaint old military barracks complex, like a super-mini version of the Presidio in San Francisco without the hills or the view. Denmark is flat, flat, flat. Beautiful. But flat.

The school put me and the other visiting faculty in a building within the complex. The other teachers were animators. I was the only comics teacher. We each had our own rooms and shared a kitchen. It had those typical dumb electric stoves you find all over Europe. (That’s the funny thing about culture shock—I feel it in how heavy the doors are, the latch handles instead of doorknobs, the windows that open out instead of up, the tiny icebox which I could barely squeeze a frozen pizza into. (I ate those about everyday. Denmark is expensive!)) The place felt like a comfy little apartment. Lots of birds outside the window. A quiet old city-type suburban life. Like ride your bike around the lake past the centuries-old church and see cows and a farm along the way.

People laughed at me everywhere I went. Schoolchildren ran away when I approached. I guess I do look like Bob from Twin Peaks some days. The airline lost my luggage though, so maybe that was it. I was wearing the same clothes from the flight when I met the students and faculty on the second day I was there. And I was jetlagged. Going from the States to Europe is the worst jetlag to cure. Takes days. After the orientation one of the students asked me if I was okay. I went to my little room and slept it off.

My luggage arrived on the third day, thankfully. The director of the graphic storytelling program, Peter Drying-Olsen, told me that there may be a curse on American cartoonists who come to teach there, because Paul Karasik and Matt Madden had also had their luggage lost. At least I was in good company. Peter showed me around that day. He introduced me to the other part of the school and explained how it worked. The Animation Workshop is formidable. Entire floors occupied by around 150 students busily producing work. The Graphic Storytelling program—the comics department—is very new. It’s a four-year program with a rotating cast of teachers organized by Mr. Drying-Olsen. The comics students, from what I understand, are admitted only after a yearlong Drawing Academy course. So between the atmosphere of the animation school and its focus on foundational drawing skills and the figure drawing focus of the academy, the comics students are very skilled drawers. It’s a much higher level than I’ve seen at most schools in the States.

The comics department has its own floor in one of the main buildings. Imagine a railroad style hallway with medium-sized workrooms off to one side down the length of the building. Some twenty students in three different rooms, plus Peter’s office and the supply room. And a kitchen. Each student has a movable desk that could morph into a standing desk and a drawing table attached with a lightbox(!). And computers. With Photoshop and a tablet, etc, etc. I was jealous! I wanted to go to school there. What's really interesting is that there isn't as much of a comics scene there in Denmark as there is in, say, Sweden or Norway. Yet there is this great, new school. So maybe things will change? Here's hoping.

So these “kids” were, seemingly, ready to rumble. They had all made comics with Karasik last year for Christ’s sake. I made them watch some inspirational videos and then held a clinic. A “sports clinic” I like to call it. I teach a system. I help you with your swing. We work on mechanics. Timing. The students could already draw. I just worked with them to draw more efficiently and to remove any extra steps from “taking it to the hoop.” There was a little lost in translation. The Danes all speak fluent English but they aren’t used to gesticulating Italian-Americans. I had to keep apologizing for being rude. But I figured these Vikings could take it.

Maybe it was the jetlag but on the fourth day I flipped out on them. In a good way. However seemingly ready to rumble they were, they were not rumbling. I demanded they give me 100 percent or go home. They were still in their summer holiday daydream, and I needed to snap them out of it and snap me out of my jetlag. I Mr. Miyagi’d them to paint the fence, sand the floor, and wax the car. It worked. A few of the students produced outright masterpieces that day. The exercises we did that day set the tone for the rest of the two weeks. There was a new level of trust. I got them to get out of being comfortable (which for the Danes, generally, is often difficult I found) and pushed them to be okay with being uncomfortable. Animation is easier, I think. There are proscribed steps. Cookie-cutter approaches. Comics-making is much more personal. Individual approaches and methods are more quirky. So how do you coach the student with the quirky “delivery” who hits the target? We break down the mechanics. Why are you doing that? I ask. How do you do that? Show me.

And they responded. Getting them to draw “first take” was a little difficult for them. No script, no thumbnails, no pencil underdrawing. First take at the usual original art size. They freaked out at first and then they settled in. They composed images and text in one system—and printed that initial rush of collision. They disassembled their process to the most basic approach and then built back up from a solid foundation. Just like the Drawing Academy. Start with the figure. Then the landscape. Then the figure in the landscape. Everything else is decoration.

The students taught me a lot too. And so did the director of the program, Peter, about how to talk to the students to get the best work out of them — he’s know them since they began there. Like I said, some students have quirky delivery and I started to value that more over the two weeks. Squeezing everyone into my system and analyzing quirky deliveries often rubs students the wrong way. They all responded differently and in the process I got to see the hidden strengths in their self-proclaimed weaknesses—this quirky delivery. As long as the delivery system “worked” and got the drawing or scene to do its job within the narrative we were good. When it didn’t we reverse-engineered it to understand the mechanics. A lively give and take. I love teaching comics.

Thanks to Peter Drying-Olsen for inviting me. Thanks to headmaster Morten Thorning. Thanks to the students for putting up with me. Keep going. You can do it! 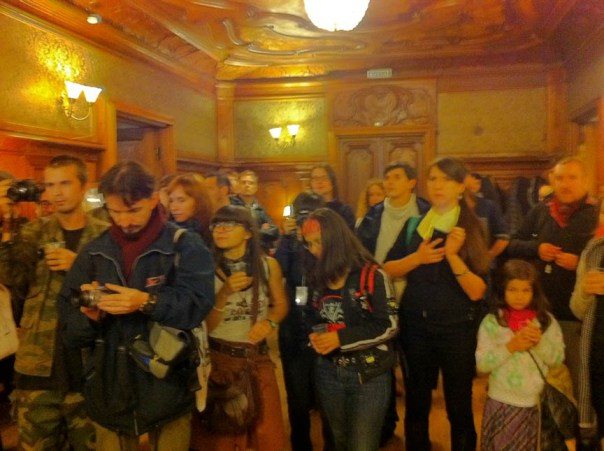 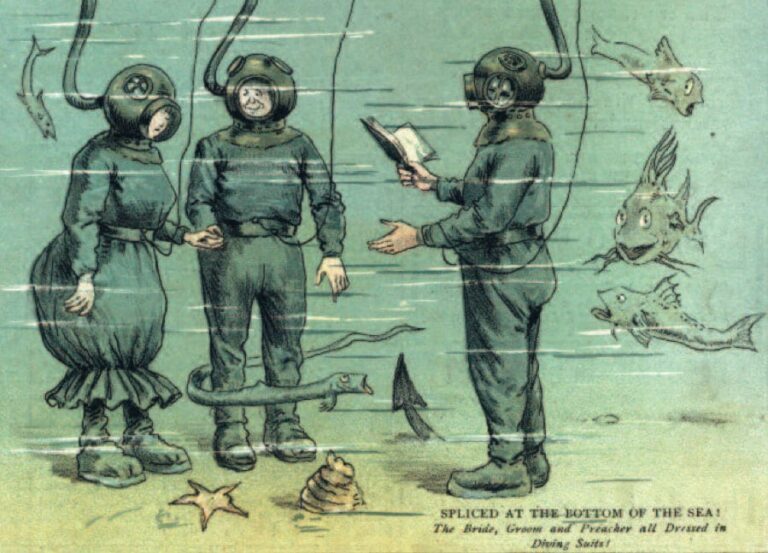 Spliced at the Bottom of the Sea