I’ve been following Julie Delporte’s comics work for a few years now. I enjoyed Journal, her first book. I like seeing fragments of her work floating around online. Her handmade graphic approach is very refreshing to me and I think her work often looks particularly striking online. Journal was good, but it became slightly repetitive as a comic book. Each entry had its own strengths and sometimes the pieces seemed to not hang together all that well to make a cohesive narrative. (I get that it wasn’t a narrative and that it is a diary–I’m just saying the book’s strength was not in its structure.)

So I was slightly hesitant to check out Delporte’s new book, Everywhere Antennas, only because I figured it would be another diary. Even when I was flipping through it at first it looks like a diary that is going to stick to a certain layout and a certain way of delivering information: one or two drawings floating amongst some text. I was pleasantly surprised to see that the “information delivery” varied from section to section. For the most part it is a diary; however, there is a part in the middle which utilizes more of a traditional comics approach. I like the tension between this section (that is rendered in gray) and the rest of the book (that is in color).

This link made me think of Dash Shaw, though he's not to blame for that.

Apparently a comic-con in Toronto was not very good.

A lengthy examination of the Howard the Duck/Steve Gerber/Marvel legal fracas of decades ago. 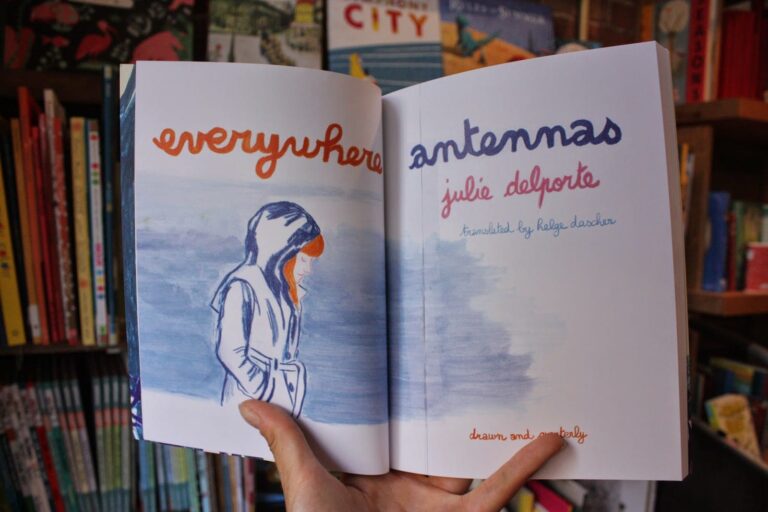 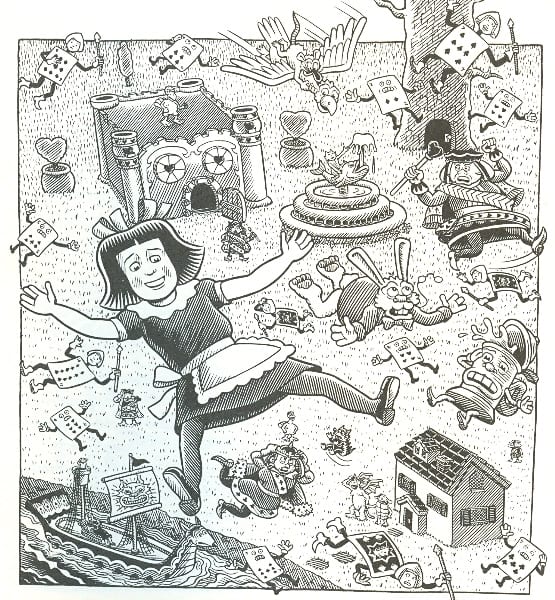