"Second color" or "spot color". Basically it means adding one other color than black to a printing job. Printers will usually describe such jobs as "black plus one spot color". A print run's price will vary depending on how many spot colors are used in total.

For example, in comics, there is a very old and traditional way of printing comics with only two colors. I've seen a lot of old Sunday newspaper strips with black line art and a red spot color. The red will be screened down mechanically to give different percentages of the color and the strip has a nice monochromatic feel.

This process is still popular - and the palette is too. Red and black go well together. But usually, it's a 100% black line drawing and married to a 100% red of some sort. Two separate layers usually not integrated in the drawing process. The black line drawing is completed and then the second color is applied. You can add the color on the original drawing - or on a separate layer.

And, of course, you can screen down the second color and get a wider range reds out of the single spot color. And, you can screen down the "black plate" and add gray tones. Combining the gray tones with the red tones give you more color combininations in total. Adding black to the spot color changes the color's value - the color goes up and down the value scale depending on the black added. You can screen the red to be "thinner" and you can add gray to the red to change it's value and play around with the infinite and subtle variations between red and black. Philip Guston spent a lifetime with these two colors.

What I want to show this week is how you can lay down a 100% red underdrawing and then add gray tones to create depth and build up the color. Traditionally, as we all know, second color is added after the black line drawing is complete. See Figure 1 below. But what I'd like to get the maker to think about here is how to add grays to a red underdrawing. Think about how to add percentages of black to change the red's value. See Figure 2. Build up the color first by using grays and then find the black "containment" lines last.

So, the red plate is sort of a feel out underdrawing for the gray tones. The red will recede on the plane and sit beneath the gray tones and black lines. See Figures 3 and 4. You can play with depth and the emotional temperature of the image - and do it in the drawing process itself. Try not to separate the thought process of working in color into different activities so much. Think more like you're painting with the separate color plates at the same time - instead of "coloring" a black line drawing that is already complete.

The Pittsburgh Biennial at the Carnegie Museum of Art opened the other night on Thursday. Curator Dan Byers included 20 of my paintings and I drew a comic for the occasion. I was in heaven. All of my friends and family gathered in one place. High and low culture together. I'm very humbled and thankful. Local kid makes good stories are always fun. The Carnegie Museum is a helluva place to have a party. Full report at a later date. Stay tuned. 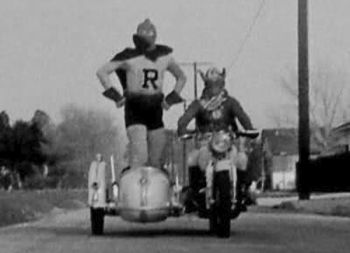 From Page to Screen 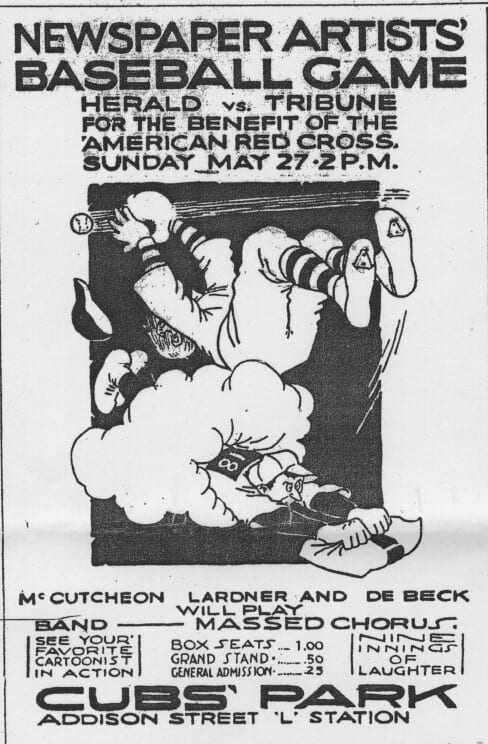 The Greatest Baseball Game Ever Played