Today at The Comics Journal, Alex Dueben is opening the week talking Gasoline Alley with the man who has been its faithful captain for decades: Jim Scancarelli. As the strip recently reached its 100th anniversary, Alex asked "the question".

I have to ask, are Walt and Skeezix ever going to die?

I’ve been asked that. In the back of my head, I have a scenario that would work. I have told Bob Harvey, but I swore him to secrecy. I don’t know. Uncle Walt is too good a character. You can kill off Phyllis and nobody is going to miss her much, but you don’t kill your main character. I’m having too good a time with him. Skeezix? I think he should stay around. All of Uncle Walt’s cronies that he used to work on cars with have all passed away. That was the realistic part of what I was doing. Uncle Walt has good genes. You just don’t kill off your main character because you don’t have a strip anymore. You have other players, but people seem to like Walt and Skeezix.

Our review of the day comes from R.C. Harvey, and its a look at The Unknown Anti-War Comics, a recent anthology put together by Craig Yoe.

Slightly more than three dozen Charlton anti-war comics stories from mid-1950s and 1960s are collected here, beginning with four tales from Never Again Nos. 1 and 8, the first anti-war comic (which appeared in only two non=chronologically numbered issues). The work of 15 artists includes eight stories by Ditko, but Bill Molno drew the most, twelve, and Ross Andru, Charles Nicholas, and Rocco “Rocke” Mastroserio are also represented almost as often as Ditko. 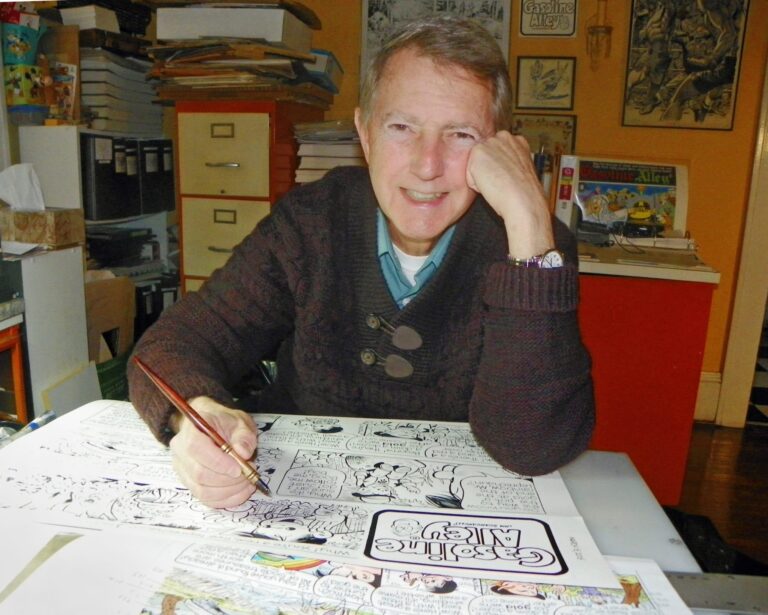 “If You Worry About It, It’ll Never Come”: An Interview with Jim Scancarelli 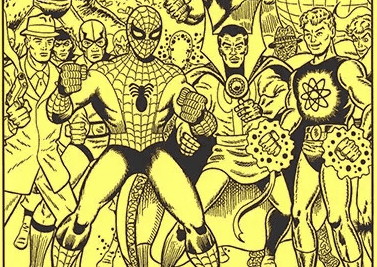