Liz Suburbia's anthology comic Cyanide Milkshake is a mix of '80s alternative comics variety and '90s DIY punk ethos. She effortlessly blends romance, fantasy, rock, feminism, punk, autobio, dogs, and superhero gags into a surprisingly coherent package, held together by a singular visual aesthetic. The simplicity of her tools (Sharpies) is belied by her relentless work ethic. Indeed, Suburbia eschews the sort of ratty line that a lot of punk-inspired artists use in favor of the clarity that can be traced back to Archie artists like Dan DeCarlo and Bob Bolling. It's not surprising to see a blurb from Jaime Hernandez for this collection of comics, given that he drew from many of the same sources. It's a different kind of punk, drawing from the same frustrations with society but expressing them in a fluid, elegant, and witty manner.

Thee Collected Cyanide Milkshake is in turns silly and personal, slapstick and revealing, a hoot and a howl. Published by riot grrrl zine legend Janelle Hessig's Gimme Action, I can't think of a better match between artist and publisher. While working on what eventually became Sacred Heart, a sweeping punk genre book published by Fantagraphics, Suburbia used Cyanide Milkshake as her repository for every other idea. It was her personal laboratory to write autobio, pen an epic zombie romance story, write about her beloved dogs and their increasingly weird adventures, and make fun of Scott Summers from the X-Men. In every issue, Suburbia writes editorials that rail against defeatism, complacency, or the idea that the punk aesthetic and lifestyle is a mark of immaturity--something one grows out of when you get a mortgage.

—News. Tom K. Ryan, creator of Tumbleweeds, has died. We will have an obituary on the site soon.

Steve was a fairly-thin, gray-haired older man. His thinning hair was combed back, and he wore narrow-frame glasses. He was wearing a short-sleeved soft-plaid shirt (with pocket) that buttoned up in front, a white t-shirt, and slacks. He stood nearly erect and appeared in excellent health. He was alert, moved deliberately, and had no signs of any age-related issues. His hearing was fine, and his mind was very quick and very sharp.

He is a friendly, articulate and affable man, who, while he may have strong opinions (as do I), was easy to talk with. He listened carefully to what I said, and if he agreed, he nodded or affirmed his agreement. If he disagreed, he would say so and explain why. 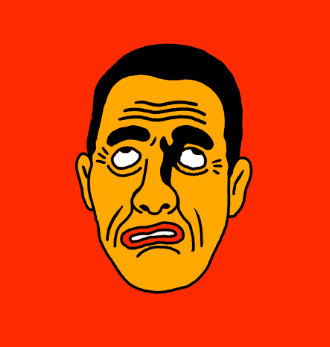 “I Wish I Could Do It All”: Jaime Hernandez Speaks to Katie Skelly