It was really nice in Van cougar this morning. 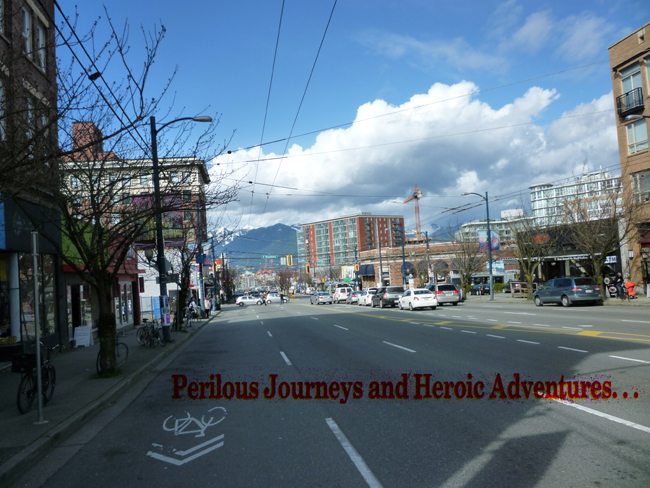 I woke up at noon and went to RX. The sign was painted by Don King, he's got such a knack for aping different styles. 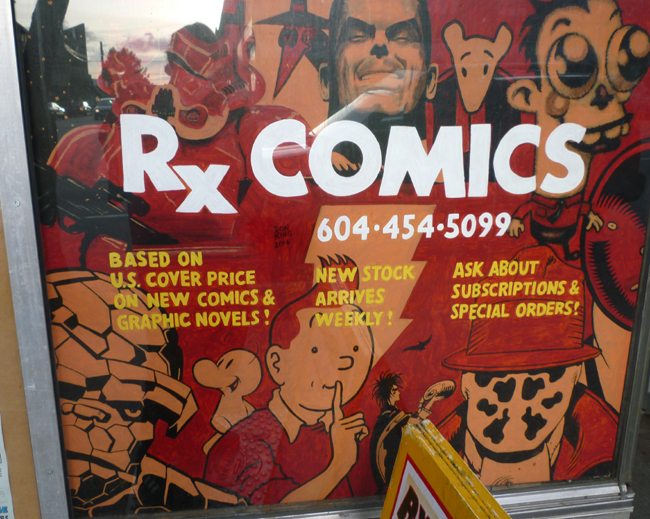 I got a new book and 3 comics out of the quarter bin. 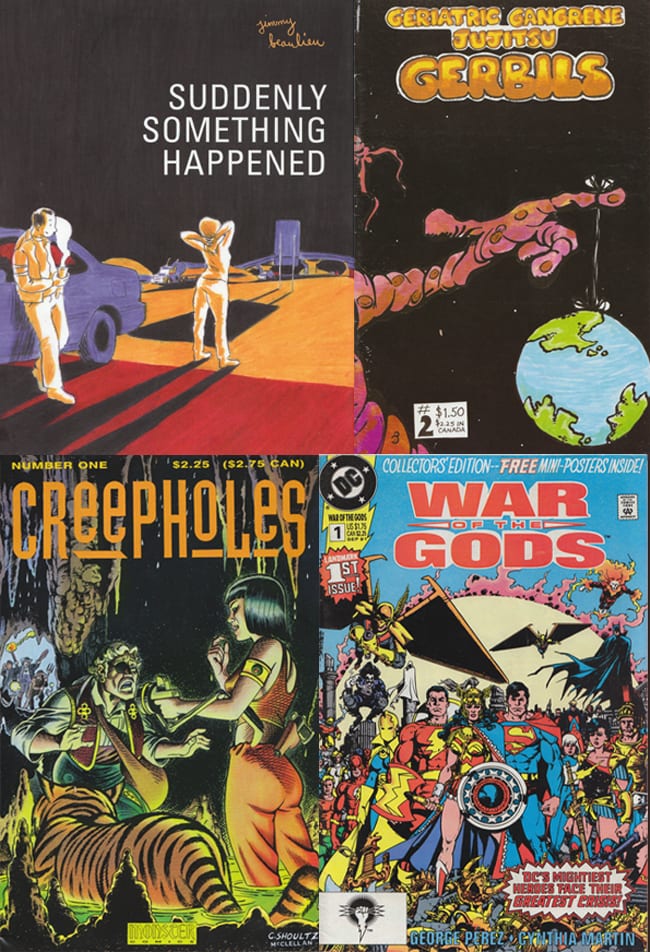 I like the loose borderless pages in Suddenly Something Happened--and he draws pretty ladies. 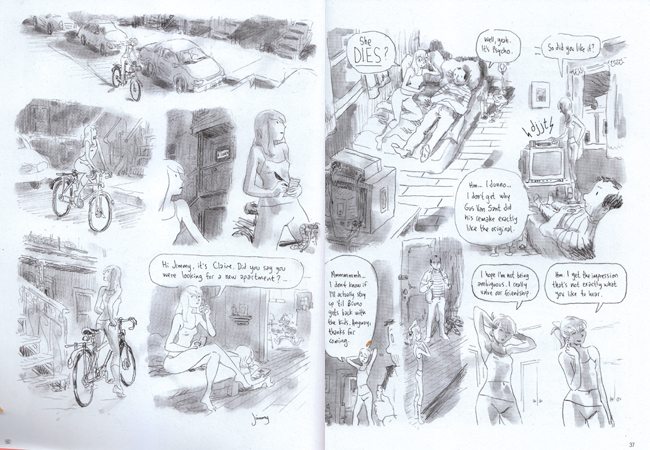 It follows a Hawaiian scientist lady from the near future and her tiger named Spot. They team up with a 19th-century gypsy and travel the universe through a system of ancient gates (Holes) built by a long dead or missing advanced alien race.

The aliens left these dudes called Creeps behind that are all about eating people's DNA. 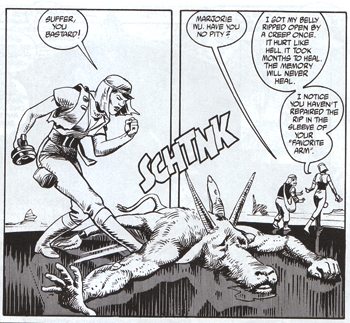 I like the ideas but the writing is rough. Here's the narration the comic starts with: 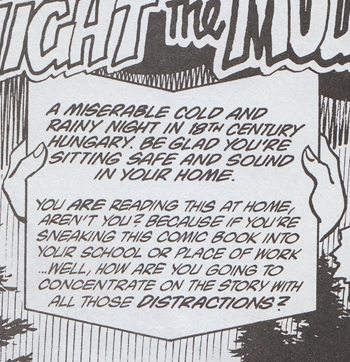 Dude, get out of my shit. I'm trying to lose myself in epic fantasy adventure. I don't need some pair of wet underpants telling me where to read it. - Just be glad I'm not sneaking into your home, school, or place of work to read the shit.

I haven't read the War of the Gods yet, but I assume it's a dense entertaining '80s Perez book. The ads are interesting. I like thinking about what kind of laid back denim jacket D&D Martial arts excellent dude was walking around with this rolled up in his back pocket.

After RX I went to Breakfast with Mr Inkstuds, Muggles,  Steve Rolston, and the ghost of his missus Sabina.

Robin of Inkstuds fame, ghost of Sabina, and Muggles (unhappy with her cat hat): 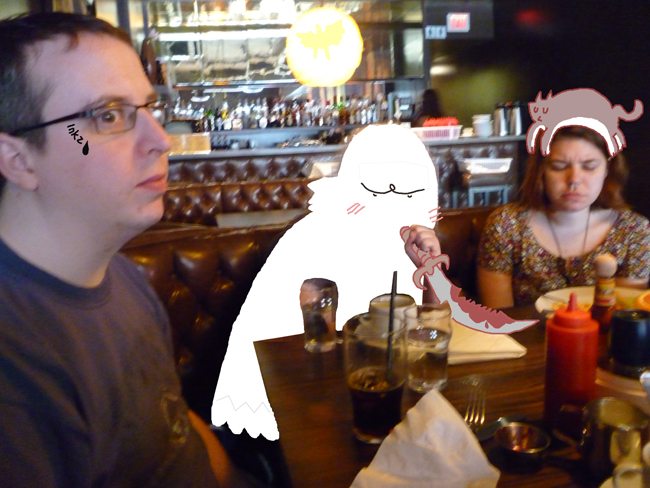 Steeeeve and me (with Steve's hat) 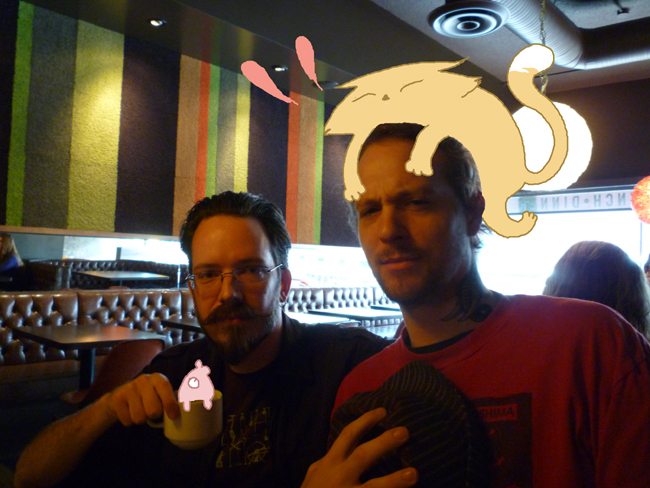 The collection of Ghost project that Steve drew just came out (in glow-in-the-dark hardcover even). Here's a page that he drew me and Stokoe in: 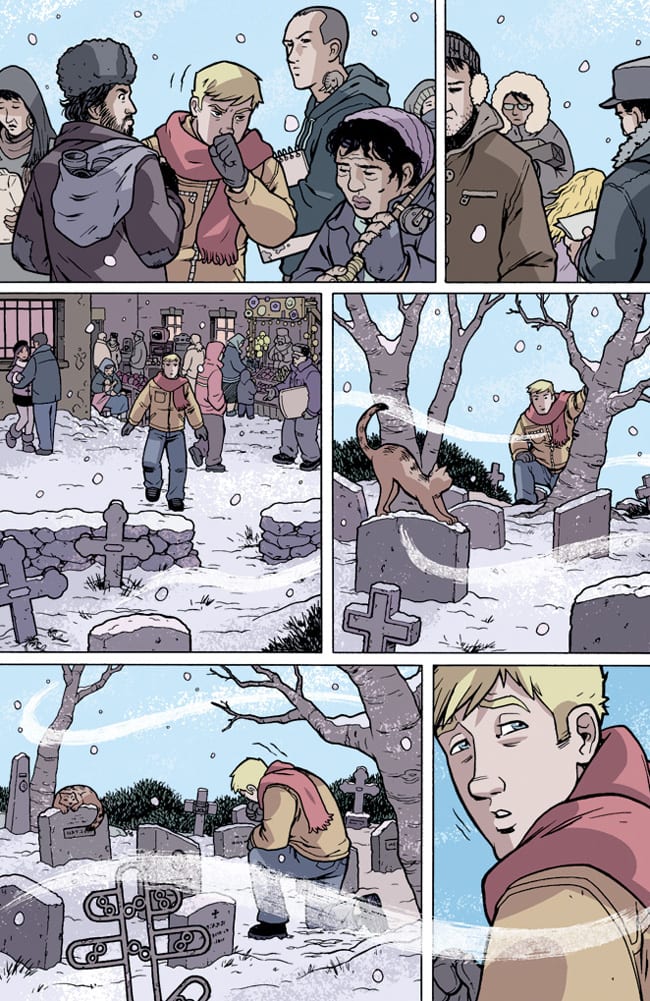 I got 2 eggs over-easy and made a mustached egg face in Rolston's honor. 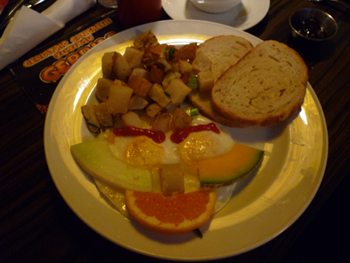 At breakfast Steve was drawing this page with this naked apron lady from our homie Coreyyy Lewis's Layered Jacket comic (and the Filthy Rich skull I always draw in Multiple Warheads). 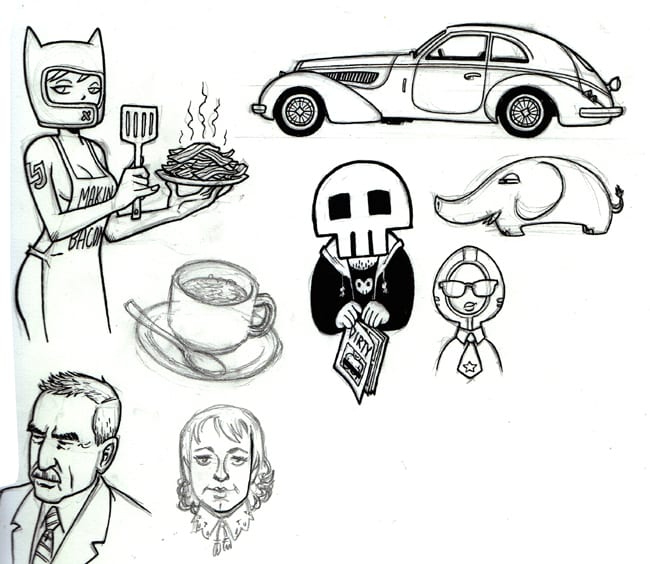 I drew some of Corey's characters too and a Keatinge scale (named after my pal Joe) showing comics he loves from Tintin to the Savage Dragon. There's no real sense to it. 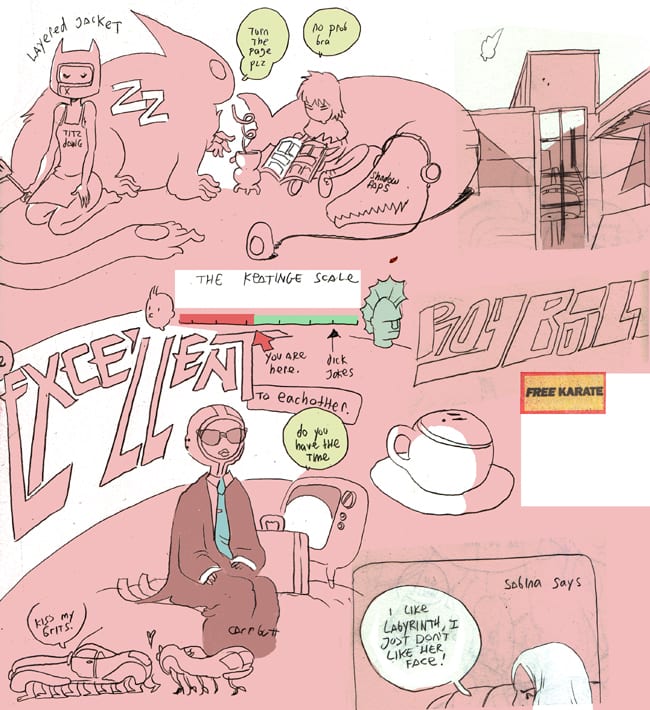 After brunchfast we went deep into the industrial no man's land between my place and deepest darkest Chinatown.

There's a place there I'm obsessed with, that makes small-scale architect models of buildings. 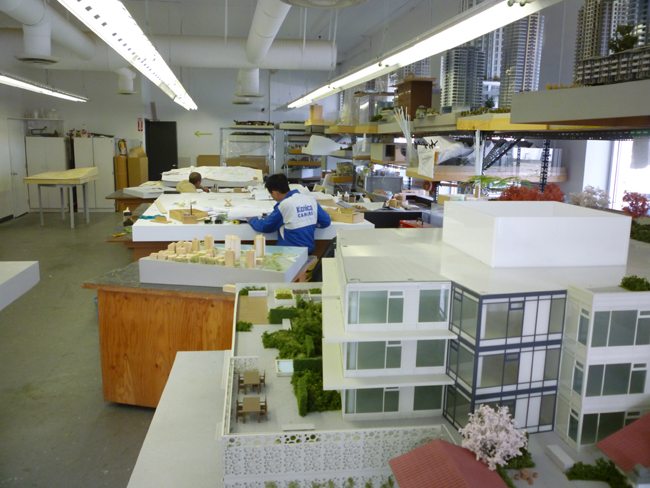 I think about these guys sometimes when I'm drawing cities.

And even here in the tiny city of Kandor there is still crime. 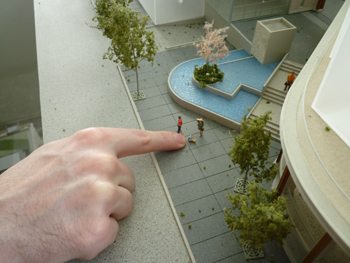 Satisfied with the tiny blood lust Steve and Sabina and Muggles went back to Narnia, where they'll live out their days eating plum puddings off the backs of foxtaurs. 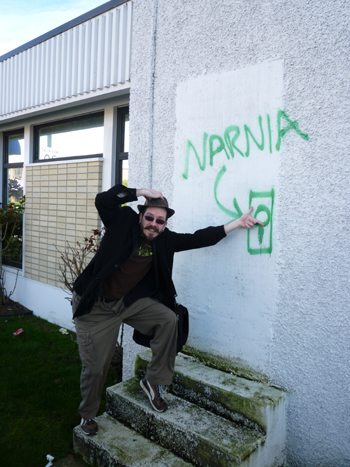 I met up with Marian and Claire and went for a walk. 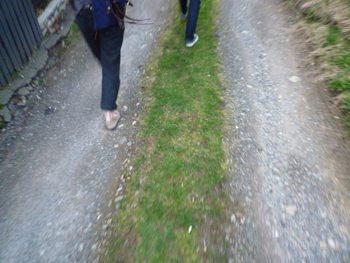 Here's some dudes we saw on the way.

It's hard to get over how pretty this town is. I like these rows of backstreet trees. This kind of stuff makes me want to make fantasy comics. 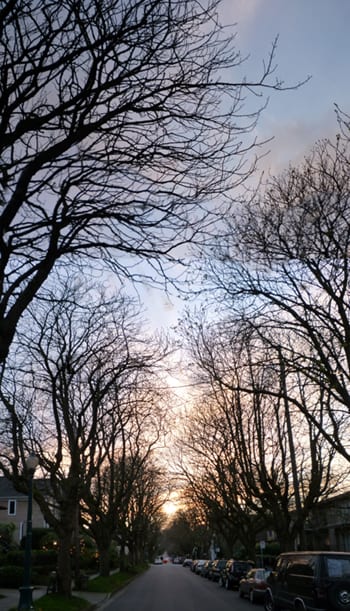 After the walk I ate lunch while reading some of the comics I got at RX. 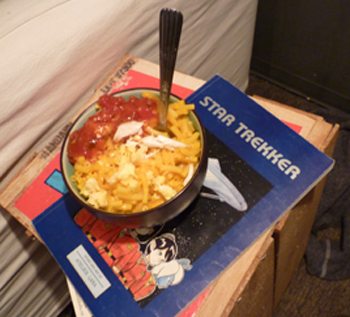 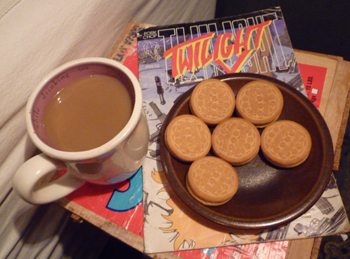 Something that I like about drawing is all the figuring out that has to go into making flat paper read like something believable.

Here's some rough sketches I had to do to figure out how tall the characters in Multiple Warheads would look next to each other if one of them was sitting down: 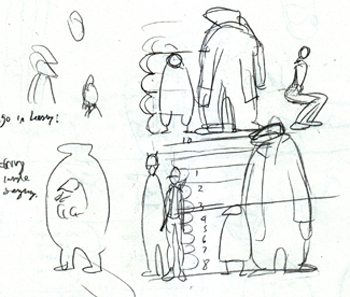 And here's a half colored page from the scene I used it on: 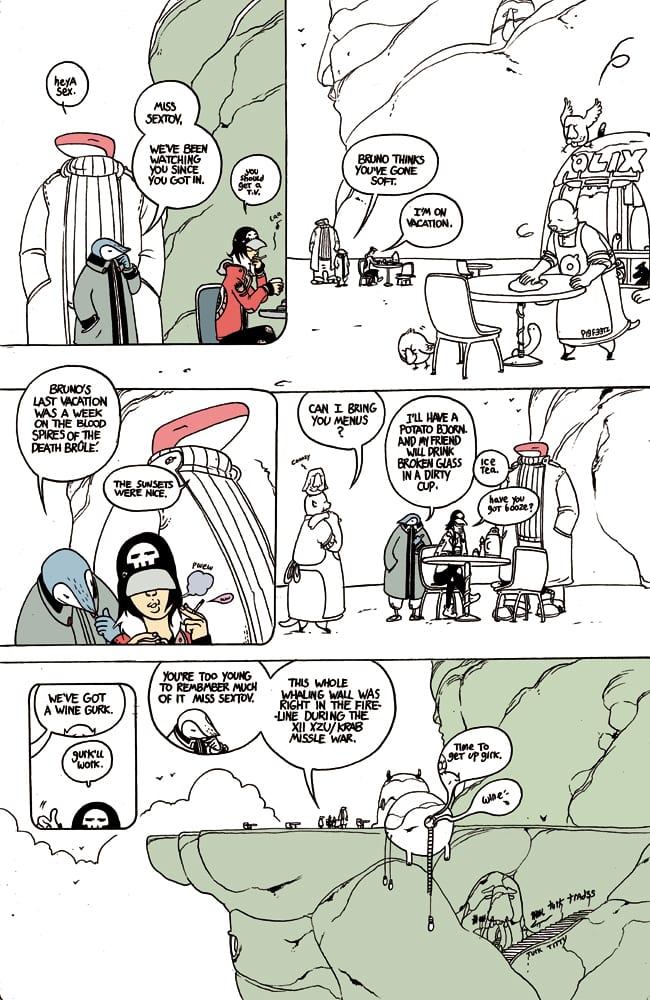 When I color I just knock the contrast up to 100 (to make all the black lines solid black) and then multiply that layer and bucket fill it all. It goes really fast. I like that almost none of the artists I know go about this shit the same way.

Usually my week goes with me fucking around half the day and not getting much done, my excuse being that I need adventures to write about. By the end of the week I remember my self-imposed deadline (4 pages a week) and try to meet it. The comic stuff sometimes gets put on hold for paying jobs but I try to get those out of the way and get back to the important stuff.

Tonight I was penciling the next 2 pages, it was going well but some asshole keeps calling and hanging up. 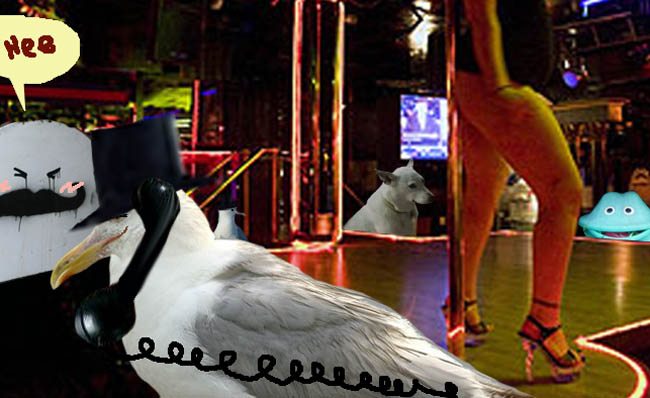 It's 4 am now, I've been staying up until 7. I like working at night when there's no one to call and nothing to do but really get into the fun of the work.

Thanks to The Comics Journal for letting me type on here all week-- and thanks for reading it. I'll be at my royalboiler site if anyone needs me. 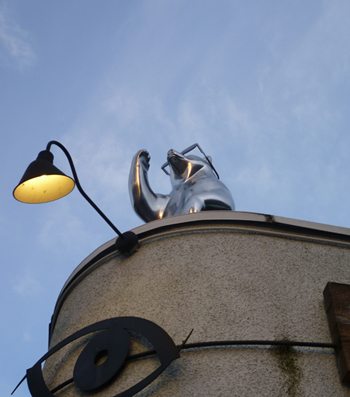 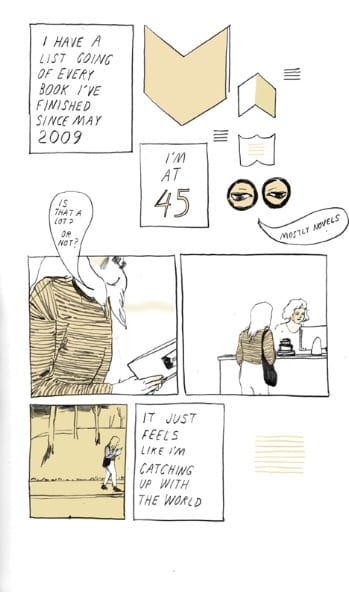 The Sense That There Are Invisible Forces 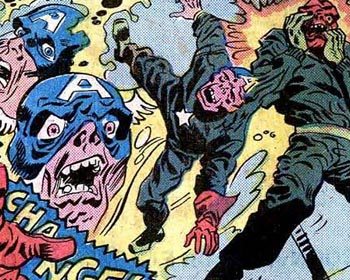