Today on the site, something great: Mark Newgarden speaks to Glenn Bray and Frank Young, the editors of the essential new book on Art Young, To Laugh That We May Not Weep.

Frank, your concentration has been in the field of comic books: as a writer, editor and scholar. But you’ve also written extensively on newspaper strips and Hollywood animation, especially on the work of Fred “Tex” Avery (and in my estimation, you are the absolute go-to guy on everything John Stanley.) Can you tell us a little bit about how you became interested in Young and involved in this ambitious project?

Frank Young: Art Young was on that list in my head called “Great Cartoonists Whom I Admire, Based on Two or Three Images I Keep Seeing Over and Over Again.” I saw these images in older books about comics history, poorly reproduced but visible enough to give me the idea that this fellow was important. I also aligned him with Harvey Kurtzman. There’s a similar life in their ink lines. But as with so many towering figures in an ignored art form, there wasn’t any Art Young to pore over as I developed my critical and thematic eye towards comics.

In the 1990s and 2000s, I served my infamous term as managing ed on The Comics Journal, begun comics scholarship blogs, and came into contact with some great people. My work on John Stanley led me to meet Art Spiegelman, Michael Barrier, Glenn Bray and you, to name a few. While David Lasky and I worked on our graphic novel The Carter Family: Don’t Forget This Song, Spiegelman invited me to be on the board of advisors of The Toon Treasury of Classic Children’s Comics. My involvement in that project led to many good things.

Visiting the home/museum of Glenn Bray and Lena Zwalve in summer 2013, through our mutual friend Carol Lay, was a religious experience. The first thing Glenn showed me was the original art for the cover of Mad #11. From there on, it was a staggering tour of his extensive collection of original art, comics, artwork, books, etc. I wonder if Carol realized how much of an impact this visit would have on my life...this kid was in the candy store by which all candy stores are judged. I flashed back to my one visit to Bill Blackbeard's chaotic den in San Francisco. Glenn's collection is organized, curated and attractively presented. From bound volumes of 1940s comics to impeccably stored originals to shelves of work by cartoonists familiar and unknown to me, this is the best hoard of significant comics work I've yet encountered.

DIASPORA BOY is the work of an artist who aims to challenge the fundamental beliefs of the Jewish-American community, not least its at times slavish love for Israel. Cartoonist Eli Valley — who grew up in New York and New Jersey, the child of a rabbi and a social-worker-turned-lawyer — is unafraid to celebrate the noble tradition of secular Judaism while still despairing at what Zionism has become, and arguably has always been, in its repression of the Palestinians. In this lavishly produced book, Valley includes his own commentary alongside his comics, which are clearly inspired by the underground commix movement of the late 1960s and early 1970s and the iconoclastic Jewish-American cartoonist Art Spiegelman. Valley’s political framework is never far from the reader’s mind, but it is his art that is central to every page.

For Vector, Christina Scholz has written an academic article on trans identities as represented in superhero comics.

Since the comic book industry still only seems to be discovering and cautiously exploring transgender issues, this takes us back to one of the beginnings. Should characters like Lord Fanny from The Invisibles be included in categories and ‘boxes’ of trans* characters in comics? Are ‘boxes’ helpful at all, seeing how complex and diverse and dynamic identities are? My stance on this is based on my quantum theory of identity as well as Antke Engel’s concept of ‘queerversity’, and implies that superhero_ines with their history of being Other can be read as inherently queer, always standing outside the established norms and always implicitly questioning (and hopefully undermining) them. Thus characters like Lord Fanny shouldn’t be excluded from this article (and technically can’t be, according to the all-inclusive nature of queerversity), since Morrison is making some valuable points about identity and reality in The Invisibles, and gender identities are varied, diverse, heterogeneous, and dynamic.

Nicole Rudick writes about a new show of the comics-influenced painter Karl Wirsum's paintings and drawings.

A dozen of Wirsum’s paintings and drawings are on view at Derek Eller Gallery, in New York, in the show “Mr. Whatzit: Selections from the 1980s.” Each work is a portrait of a single character, and the backgrounds, in the case of the paintings, are monochromatic: flat fields of red, teal, ochre. Whether alien, mechanical, or human, each character appears as a kind of totem of their own world, like the corner boxes on the covers of classic comics (those small rectangles in the upper left corner that show Superman or Spider-Man or Hulk on a solid field of color). Mr. Dry Iced “T” is part hulking Jack Kirby creation (too many fingers, too many knuckle joints), part mystic oddity rising out of a blue ether, his hands like two hamsas. The Mesoamerican Shower Girl performs under a showerhead-cum-stage-light in the semiprivacy of her shower-curtained stage. The half-human, half–jet pack figure in If It’s Tuesday It Must Be Nairobi Except in Nebraska shoots diagonally across a Joan Miró–inflected cosmos. 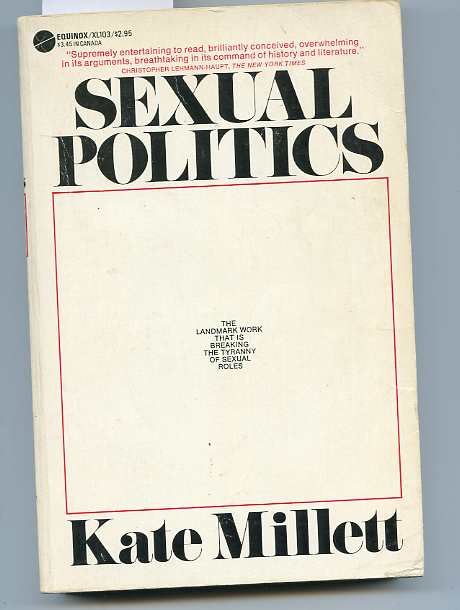 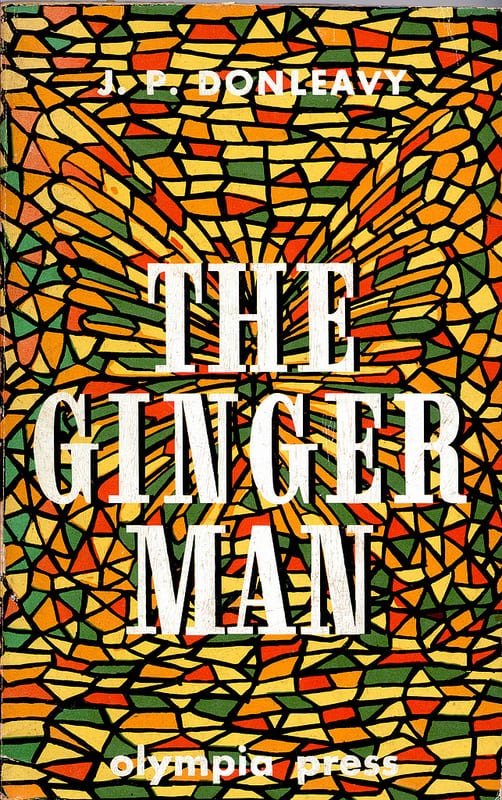 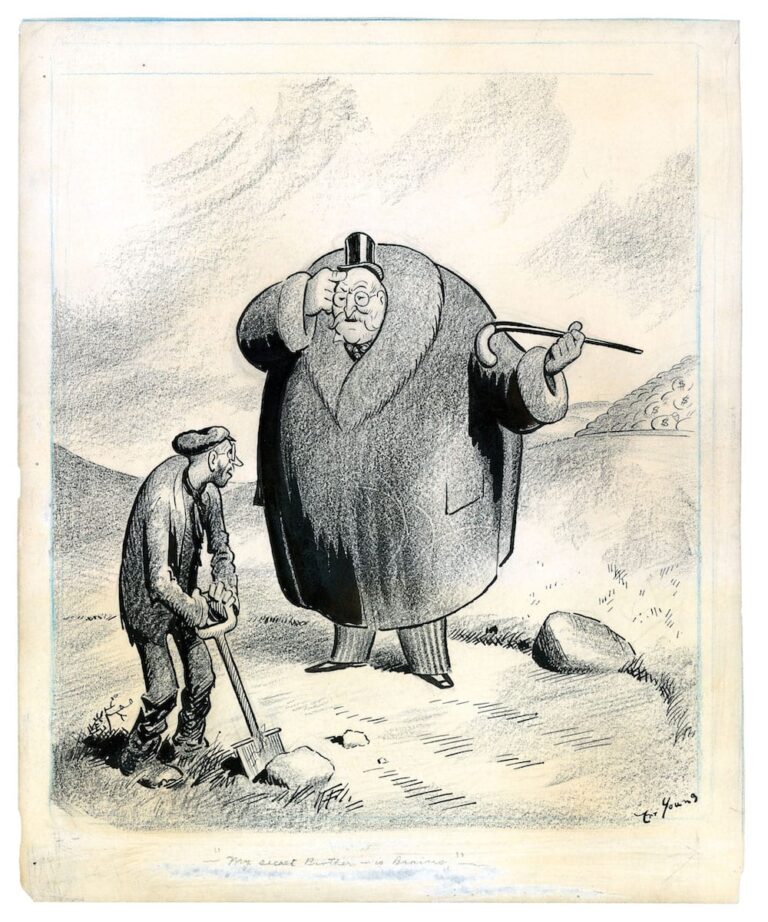 Art Young, To Laugh That We May Not Weep: A Conversation with Glenn Bray and Frank M. Young 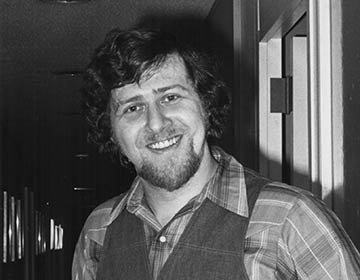