Admirers of Richard Corben, longtime veteran of the weird and fantastic, know that he is capable of appearing in almost any forum conductive of such conditions; as early as 1970, the year of Fantagor, his first self-published underground comic, the artist had already become a contributor to the Warren horror magazine Creepy, a factor in many a youth's midnight reading experience of the era. With Corben, 'underground' and 'mainstream' labels seemed irrelevant to his vivid aesthetic, so that he would eventually become one of the key identifying artists of the early Heavy Metal magazine -- a popular outlet not lacking in prospective sensations -- while eventually pursuing a wide range of solo and collaborative works via his own Fantagor Press, most recently a 2009 miscellany collection, Odds and Ends. In the early part of the '00s, Corben even began contributing prolifically to superhero publishers, affording the corporate-owned likes of John Constantine, the Hulk, Luke Cage and Ghost Rider some irrepressible mutations.

Today, Corben works frequently with independent publisher Dark Horse, offering steady contributions to Mike Mignola's Hellboy universe of horror-tinged action comics -- on a visual level, maybe the most consistently interesting franchise comics of the past decade -- while pursuing original projects like Ragemoor, a misty b&w reunion with longtime scriptwriter Jan Strnad. The publisher is also preparing a collection of the artist's Creepy and Eerie stories, the incomparable color specimens of which have been restored by José Villarrubia, one of the key players (with Hellboy regular Dave Stewart) in transitioning Corben's line art to the present standard in digital hue.

But then, what was the longtime devotee to make of the image above, from this past February's Dark Horse Presents #9? No colorist was credited for The City in the Sea, the newest adaptation among many the artist has produced from the oeuvre of Edgar Allan Poe. It was, in fact, Corben's first self-colored comic in nearly a decade - and there's more to come. He is now working on a whole suite of Poe adaptations, an effort that will encompass short stories in Dark Horse Presents -- Berenice is scheduled for issue #16 in September, The Sleeper in #17, and Shadow in #18 -- as well as at least one full-length comic book, a 22-page take on The Conqueror Worm set for later this year; over a dozen stories may result before a compilation drops.

Corben and Dark Horse have not announced the contours of this project until just now. The artist has graciously agreed to answer a few questions via email, while the publisher has sent along some all-new preview images. I hope the results will offer a suitably tantalizing glimpse into a talent still working tirelessly toward unique comics ends.

MCCULLOCH: In recent years you've made a number of comics inspired by the works of Edgar Allan Poe, ranging from the specific adaptations of your 2006 Haunt of Horror: Edgar Allan Poe series with Rich Margopoulos & Rick Dahl at Marvel, to the Poe (and Lovecraft!)-inflected Ragemoor you recently completed with Jan Strnad at Dark Horse. Poe's work seems to have been with you for a long time, but is there something about it you've found particularly inspiring lately?

CORBEN: Yes, I've a few Poe and Lovecraft adaptations. I think the first were the ones done for Creepy and Eerie way back in the eighties. For me it was just a happy circumstance. Up to that point I had read just a few Poe stories and seen the Corman Poe movies. But actually drawing the scenes made something click for me. It added an additional level of enjoyment in the work. When Warren finished the Poe phase, it seemed to be all over. Rich Margopoulos and I might have done one or two on our own when I was publishing in Fantagor Press. When Marvel offered the Haunt of Horror project, it could have been a perfect fit. I hoped to recapture some of that old excitement, but this time something wasn't working. The Raven adaptation was very enjoyable and I thought that was it. I wanted to have a hand in the editing and writing. I have a strong sympathy for Poe's lonely, sometimes obsessive and anguished characters. At one point publishing an all Corben illustrated edition of Tales of Mystery and Imagination was my goal. Many images were created for this stalled project.

MCCULLOCH: How did this new Dark Horse project come about? Was it something you pitched to them?

CORBEN: I had been drawing some Hellboy projects and it dawned on me that if I ever wanted to do some projects I wanted, it was time to do it or forget them completely. I decided to promote projects of my own design or choice. I wanted them to have a good start which meant a good writer. Margopoulos' ideas about Poe horror and mine no longer seemed to mesh well. Jan Strnad would be an excellent choice. I told him I wanted a Poe-esque story that could be a one shot. He agreed and Ragemoor was the result. It came out well, but now it's over and I wanted more. And to have more control, I would have to do more. Doing a short adaptation of a Poe story wasn't too difficult and it was a sample of my goals. This and a project outline was sent to Dark Horse and they accepted.

MCCULLOCH: I'm told there will be several Poe works involved in this project; is it a series of comic books? Have you decided on the pieces to be included?

CORBEN: Originally it was to have been three or four twenty-four page comics consisting of three eight page stories based on Edgar Allan Poe adaptations. Now it has grown a bit with the idea of a larger collected edition. Included will be most of my favorites and some slightly less known poems. So far there is: The Sleeper, The City in the Sea, The Assignation, Berenice, Shadow, The Conqueror Worm, and Alone. Hopefully there will also be The Fall of the House of Usher, The Masque of the Red Death, Ligeia, The Premature Burial, The Raven, The Cask of Amontillado and others.

MCCULLOCH: The Conqueror Worm is interesting to me, in that its deliberate evocation of theater seems to invite imaginative interpretations; your Haunt of Horror series took the material in a science fiction direction. How will this new work differ from that prior story?

CORBEN: The Conqueror Worm is a poem basically lamenting the inevitability of death. It suggests all of mankind’s struggles are symbolically illustrated as a play staged for angels. Poe mentions other elements including "Mere puppets they," which gave me a direction in my free adaptation. Puppets can do many outrageous things human actors can't. So outrageous that a sense of dreamlike unreality is created. Richard Margopoulos wrote the adaptation for Haunt of Horror. His idea was that the Conqueror Worm was an alien invader.

MCCULLOCH: In fact, could you tell me a little about your feelings on adaptation in general? You've suggested in prior interviews a fondness for using texts like Poe's as a springboard for works that hew to the spirit of the original, if not the word.

CORBEN: My first intent was to do so called faithful adaptations. But now I feel a "faithful" adaptation is not possible in any medium by anybody. My early impressions of Poe's work came from Roger Corman's/Richard Matheson's versions of some Poe stories. Other than the titles, these films have very little to do with Poe's stories. After thinking about other possible directions they might have taken, other possible amplifications, they all represent a departure from the original intent. However this certainly won't stop countless writers and artists (and me) from doing their own take on Poe's stories. So, resolved not to do "faithful" adaptations, I am freed to let the inspiration flow. Yes, the stories and poems are "springboards" for my interpretations.

MCCULLOCH: Do you plan to work in color for any of the new Poe comics? I get the impression that you enjoy the black & white aesthetic for gothic horror stories, but color has been so vivid in your work over the years I can't help but ask.

CORBEN: I have a fondness for black and white tonal art and I admit, the original intent was to do this series using gray scale techniques. But I have been told many times that black and white comics don't sell well. So I compromised here. After all, many of Poe's stories have a strong color element. The Masque of the Red Death first comes to mind. The series will be in color. Beside the additional work involved there is the problem of learning the digital techniques of creating comic color. My early color work was done before computers, with acetate overlays and copy cameras. Everything had to be relearned. I had a taste of what it would be like in 2002 while coloring my Solo stories for DC. My friend José Villarrubia was very helpful in getting me up to speed (my speed such as it is).

MCCULLOCH: You'd previously created a number of Poe-inspired comics for the Warren magazines (several in collaboration with Margopoulos), which will soon be returning to print via Dark Horse's Creepy Presents: Richard Corben collection; have you revisited these stories lately? Have you found your approach to working on these adaptations -- and, indeed, working with scriptwriters -- changing over the years?

CORBEN: Those early adaptations weren't initiated by me and I approached them as enjoyable jobs. José Villarrubia very accurately described the technical problems with those jobs in his introduction of the Creepy Presents: Richard Corben collection. I remember my mindset at the time. Despite the realization I couldn't compete with the highly complicated techniques of professional color separation which required very expensive and specialized scanning and laboratory equipment, I was determined to forge ahead in color production for my own comics using an invented overlay technique and what equipment I could afford. The result was inconsistent and sometimes over-saturated colors. I can imagine the pressmen at World Color Press or Ronald's scratching their heads when running the Warren color inserts by Corben.

As to the adaptations themselves, I've become a little more narrow minded about what I think is good. I've never claimed to be a good writer or editor, but I'm the only one who knows what I want in a story. So I've read many, many horror short stories. This hasn't necessarily improved my writing. Nor has the act of writing myself. All I can do is plunge blindly ahead with the help of a good editor.

MCCULLOCH: What is your sense of the market for horror comics today? Have opportunities expanded for works like this to be published in recent years?

CORBEN: I don't think horror comics has ever been the main thing in the comics industry. This hasn't changed. Thank goodness, the business is big enough to allow for a sub-market niche. If this weren't the case I would be doing something different.

MCCULLOCH: Finally, do you have a message you'd like to give to young artists working in comics today?

CORBEN: For success as a comics artist, drawing skill and speed is of the greatest importance, as well as a sense of story telling and continuity. Above that would be a faith in yourself, or a very strong stubborn streak.

And now, please enjoy the cover art to The Conqueror Worm, followed by three pages from Berenice; Dark Horse Presents #16 is presently scheduled for release on September 19, 2012. 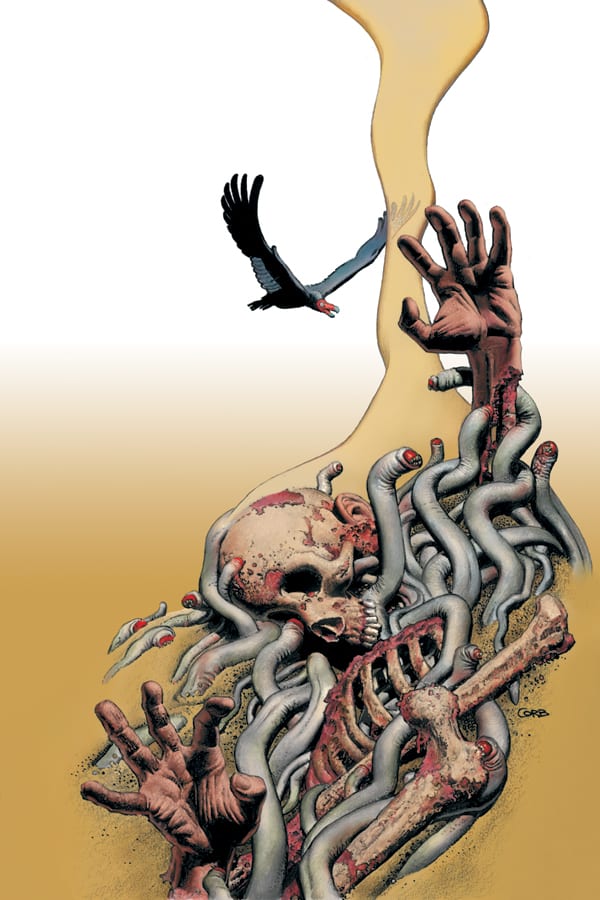 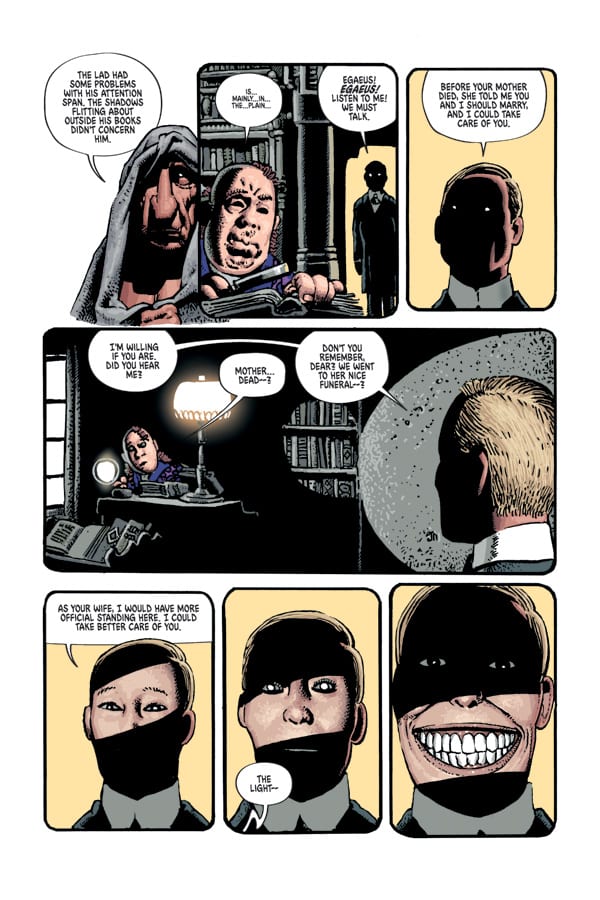 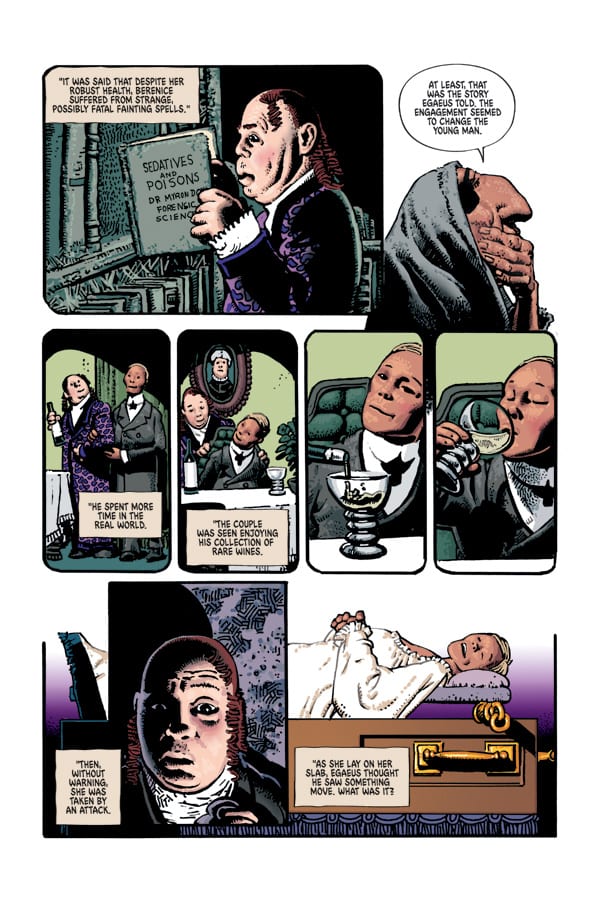 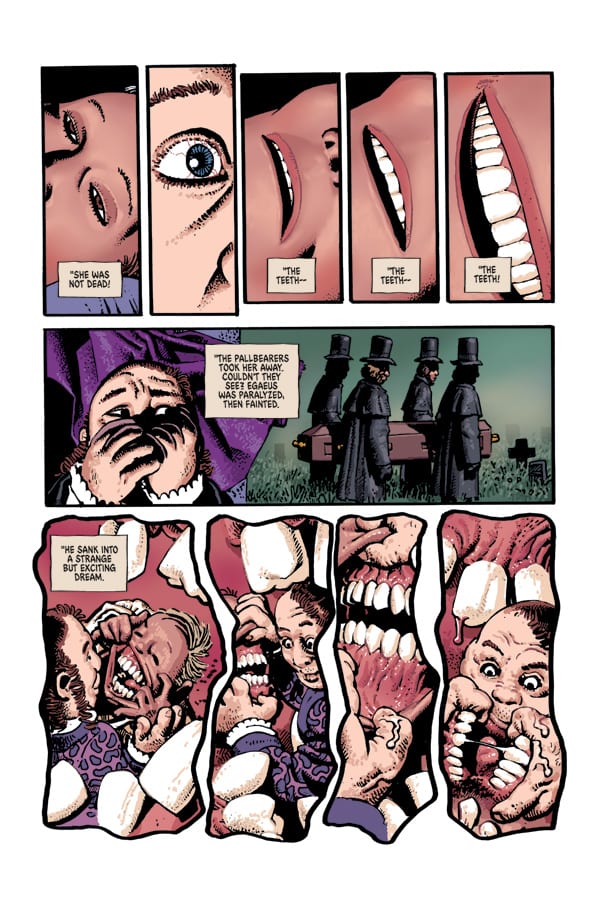 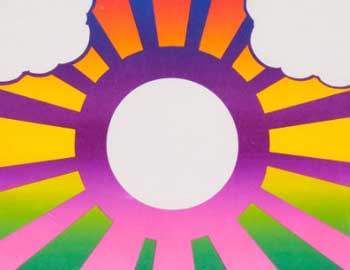 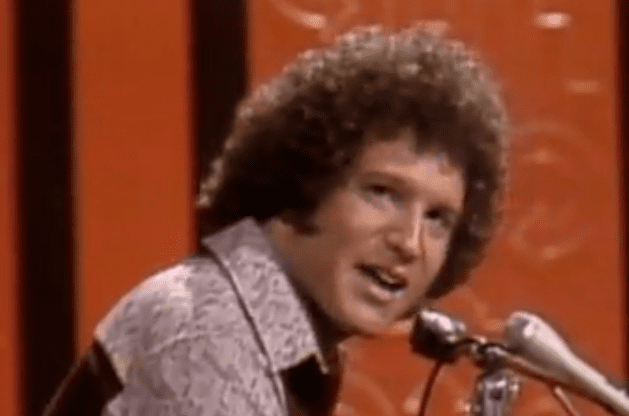