The process of creating a graphic self-help book became a self-help project in itself for cartoonist Ellen Forney. Forney chronicled her own experience with bipolar disorder in her 2012 graphic memoir Marbles: Mania, Depression, Michelangelo, and Me. After the publication of Marbles, she says numerous readers not only thanked her for sharing her story, but told her they’d used the book as a sort of manual for their own experience with bipolar. Forney’s latest work, Rock Steady: Brilliant Advice From My Bipolar Life, is the result of her desire to give readers with mood disorders a more academically rigorous, but similarly entertaining resource.

In Rock Steady, Forney succeeds in both regards. She plays fast and loose with sequential storytelling and illustrated pages of text, introduces cute cartoon mascots and “merit badges” for self-care, and projects a supportive and compassionate voice to the reader. But she’s also created a sound, scholarly-minded resource for a broad range of mood disorders, citing numerous academic sources and incorporating graphic “interviews” with experts in the field.

The work has resonated with readers already, but it turned out to be therapeutic for Forney as well. A few months after she began work on Rock Steady, Forney had to stop taking lithium. Rather than “writing with the certainty of fourteen years of episode-free wisdom-collecting” as she’d expected, she writes, she was forced to confront the fact that “maintaining stability is never a done deal.” “I wanted a stability maintenance guide,” she writes. “And lo, here I was, already writing one.”

We chatted with Forney about the process of creating that guide for herself and others, her research process, and her future plans for writing about mental health. 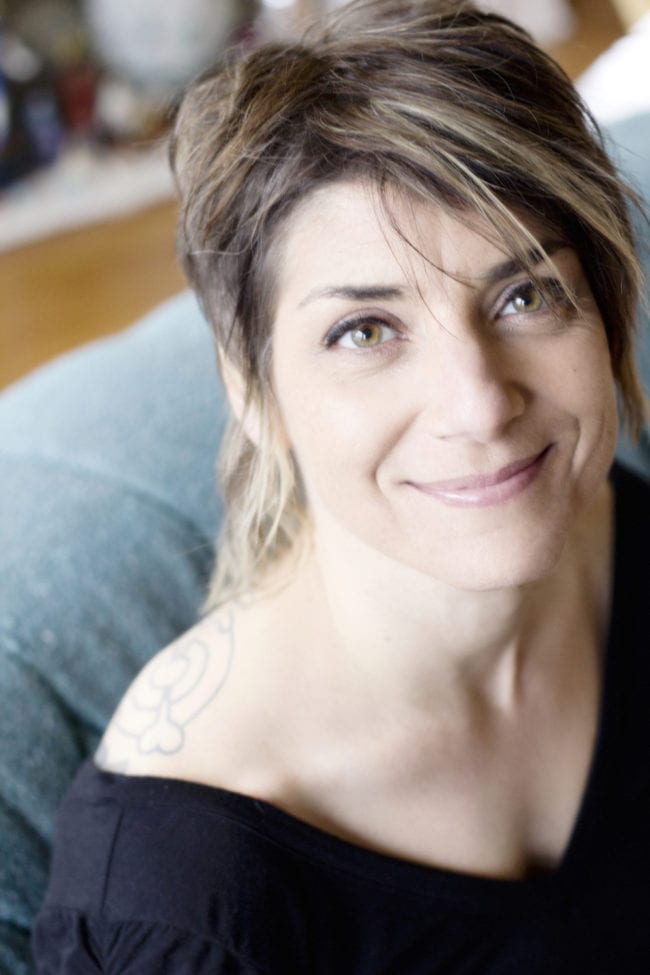 You were inspired to create Rock Steady after hearing from people that they use Marbles like a manual for their own experiences with bipolar. How did it feel when you first started hearing that feedback from people, that they were using your book in that way?

Well, it’s been really amazing, heartening, validating, for me to hear from so many readers over the years and to know that so many different parts resonate for them just overall. So far as the part about this being a “manual,” I think it made sense to me. It was important to me to put specific tools into Marbles because I really wanted to share tools with the people the story was resonating for. So hearing that people were using it that way was certainly part of my intent. But there was definitely a lot more—I had a whole file of things I could have put in, all the different kinds of therapy and different things that I have figured out.

Anyway, I guess the answer to your question is it made sense to me and it made me want to do a better, a more complete, manual. And something that was easier to use. When I’m getting information in particular, I really need it to be organized. So it was really satisfying to me to be able to put it together in a way that you could really find things. That’s one of the reasons I’m so excited that I have an index. [Laughs.] 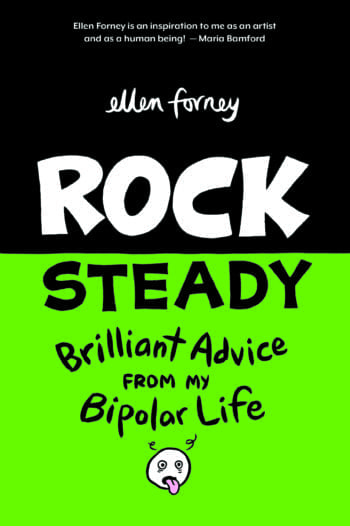 Tell me a little bit about your research process for the book. I’m sure in the process of broadening your focus beyond your experience with bipolar in particular you had to delve into a lot of other reading material. What did that look like?

A ton! It was a ton of research. I used the Seattle Public Library a lot for different memoirs and books of information. And then also it was important to me to get in other people and not just me. For the list of music, I polled a bunch of people that I was introduced to from NAMI (National Alliance on Mental Illness). And then for the more scientific stuff I would go on PubMed. I did a lot of cross-referencing. You just have to be really thorough and rigorous about that kind of research if you’re going to be presenting it as fact. And I feel like, because of the format of comics, it is still a challenge to get the scientific community to get onboard. So I wanted it to be that much more rigorously researched, so that it could actually get into academic and clinical contexts with some sense that the information is reliable.

The book certainly includes plenty of cartooning, but there are also long stretches of unillustrated text in some places. How did you go about balancing illustration and sequential storytelling with plain text?

For me it’s hard to categorize this book, to give the short version: Rock Steady is a self-help graphic book with elements of memoir? It’s hard to say exactly what it is. I would say it’s most certainly not a graphic novel. It is in the language of words and pictures in the wide variety of ways that those can be combined. There are some pages that are full-on comics, six panels in a grid that tell a story. And most of those are personal stories of mine. Then there were some stretches that just needed a lot of specific information. I think the most text-heavy section is on substances, substance use, and partaking, because I feel like that’s a risk for anyone, and I wanted to be really, really super clear. It is a really complicated issue that I was boiling down to a really small space.

For me, I really wanted the material to dictate the format. I didn’t want to do, for example, what Scott McCloud set out for himself in Understanding Comics. I didn’t want that parameter. I feel like that’s been proven now, and he did a really great job with that – that a whole lot of different concepts can be put into comics form. But I think that sometimes that can get cumbersome, that text is really the best way to get specific information across. And the drawings just make it more approachable and interesting to look at, make it clear that it’s language that’s going to be maybe a little more approachable and colloquial. I really let the function dictate the form, within the constraints of words and pictures. 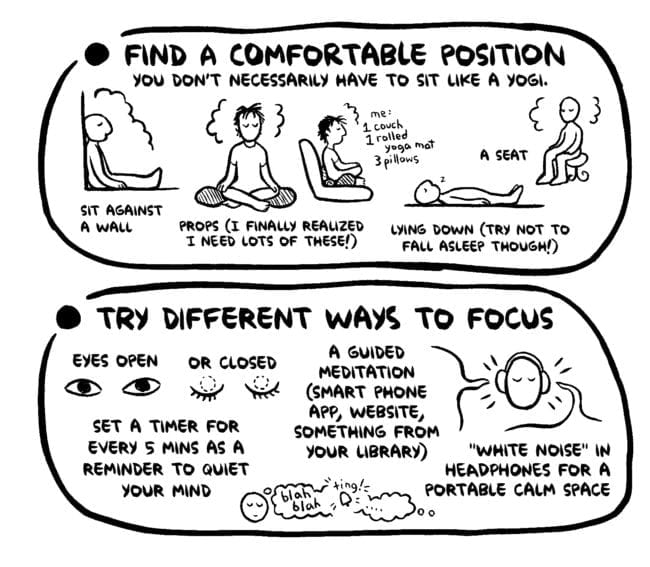 So it’s kind of a way of making what could be pretty heavy material for some folks a little more accessible?

One of the things that is a strength of comics is that words and pictures engage your brain in a different way – I would say maybe in a more thorough way. I’ve heard from people who were bipolar who said that Marbles – and Rock Steady, for that matter – is the first book that they’ve read cover to cover in years. And I think it’s because of the power of comics. It’s specifically a self-help manual for when you’re feeling emotionally rocked. You’re not in balance and you need to soothe yourself or figure out what to use. Then you can go to a comic, or go to a self-help manual that’s in words and pictures. You can understand the information better.

I’d like to ask you a little bit more about your personal experience working on this book. You mention in the book that coming off lithium threw off your feeling of wisdom about your experience while you were in the process of writing Rock Steady. How do you think that ended up affecting the final product?

It gave me an incredible feeling of purpose beyond what I had even originally planned because I was looking to those things myself. I was scared about cycling again, and very determined not to. Immersing myself in all of these different ways to keep yourself steady was very motivating for me to take care of myself and to find new tools, which I did. There was a very specific and personal dimension to my motivation for putting the book out. I didn’t have to put myself back in the framework of being scared. I feel like scared isn’t really quite the right word. Scared, but really feeling like I had to buckle my seatbelt. I have to prepare myself now. I have to be proactive right now. How am I gonna be proactive? And that’s specifically what I was exploring, and really had that much more of a sense—like a visceral sense—that this was information that was important to have to stay stable. 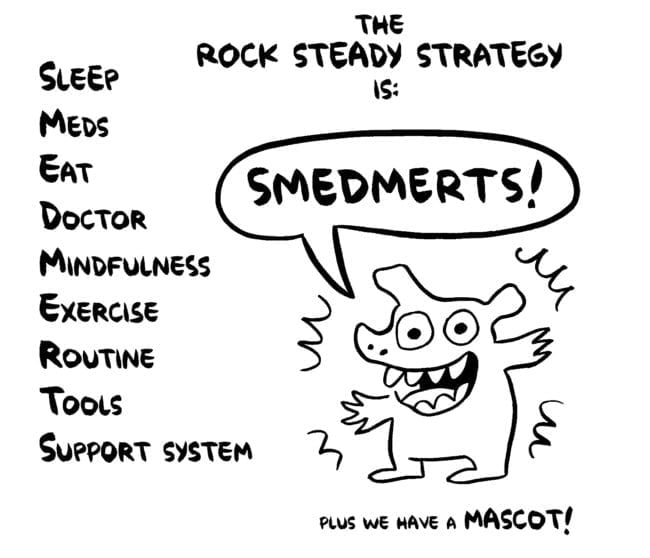 What kind of responses have you heard from readers since the book came out?

It’s been great! I’ve gotten a lot reader response ever since Marbles came out – emails and letters and in-person. I think there aren’t really resources that are so approachable or that are found so easily. I’ve heard from people with mood disorders who were inspired to do something particular that they wanted me to know, like they’re going back on their meds, or they aren’t fiddling with the dosage without talking with their doctor about it. The same as when Marbles came out, it’s just so important to know that you have company. So to get this information from someone else who has a mood disorder is helpful in a particular way – just knowing there’s someone else out there who wants to help. Most of the self-help books for mood disorders are by doctors or therapists. And I’ve also heard from a lot of therapists and psychiatrists! Someone who works in a psychiatric institution, like a really large clinic, in Tennessee was really thankful and she’s buying a number of books for her unit. It’s really satisfying to me that it is getting into clinical contexts, too. 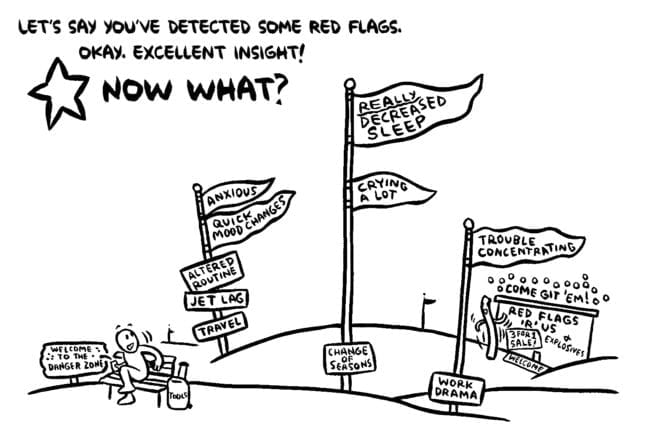 So do you see yourself writing more on this topic? Or are you kind of worn out on it at this point?

I do want to keep on with it. When I put Rock Steady together I really wanted it to be available to teenagers. When I was doing Marbles I had a lot of conversations with one high school teacher, a close friend of mine, who said, “So many high schoolers are dealing with mental health issues. Please make this available to teens.” But then really in the process of putting it together, I realized that teens really have to deal with a lot of different issues from adults. A lot of it has to do with agency, like who’s making the decisions about their health. Generally, it’s their parents. And that’s very different from the kind of approach that I take in Rock Steady about taking charge of your self-care.

So I would like to do a book kind of like Rock Steady for teens, but I decided that I’m gonna wait. I have some ideas for a book to do next, and then I’d like to do the book for teens after. I just need a little break. It’s really intense to get into these issues of mental health and to hear from a lot of people who are going through a lot of really difficult times in their lives and to really be present for that going forward. I don’t know how therapists who immerse themselves in mental illness all the time can (do it). It’s a heavy load. There’s a reason there are five years between Marbles and Rock Steady. I really needed some recovery time. So I’m going to give myself some recovery time and then I’m going to get back into that. But I consider myself a mental health advocate and activist at this point. It’s definitely something that is a purpose and a mission of mine to keep covering. 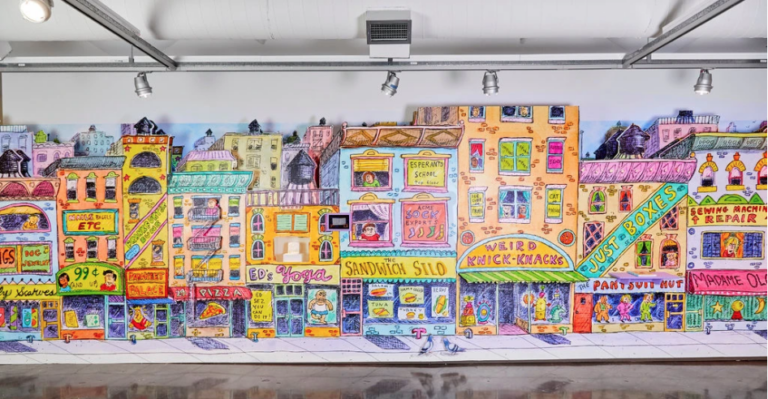 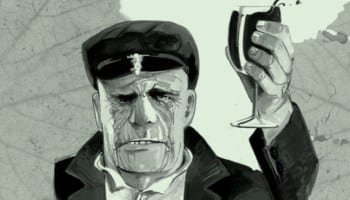