This morning on the site we have Jeet Heer's interview with the important animator and cartoonist, R. O. Blechman.

But before you get to that, there's some important news on the print front for the Journal, namely, that the legendarily elusive issue 301 is finally about to ship, and is available for pre-order now. As I've actually held a copy in my own hands, I can vouch for the physical existence of the issue. Very soon, you will see for yourself. Here's a video with more proof:

And here's some interior photos.

The late, great Bill Blackbeard wrote a memoir of his experiences with comic-strip preservation in 2003 for the International Journal of Comic Art, which has just republished it.

In a much-linked piece for the Guardian, the political cartoonist Steve Bell reflects on his own thirty-year career with the paper.

And here's a video for that:

In response to to Frank Santoro's many writings on color, Ed Piskor posts an old-school color chart. 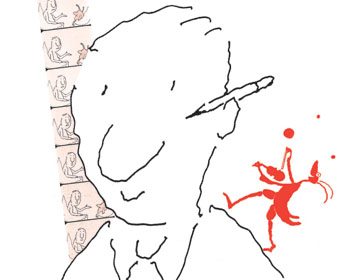 Lines and Frames: An Interview with R.O. Blechman 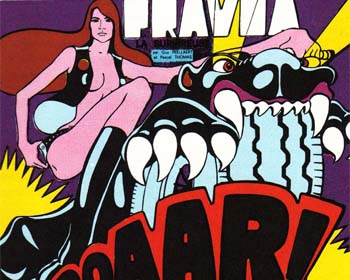