Greg Hunter is here today with his latest episode of Comic Book Decalogue, in which he talks to Eddie Campbell (Alec, Bacchus, From Hell) about the March trilogy, the early sports-page cartoonists, and much more.

—News. The Angouleme festival has made its official selections for 2017.

It’s tempting to read perhaps too much into Jacob Bladder’s metatextual self-reflexivity. Here is writing about writing, art about art: an illustrated story about illustrating stories. And of course it’s impossible not to ferret out pseudoautobiographical morsels from the novella. Roman Muradov is, after all, a working illustrator, beholden to publishers, editors, art-directors, and deadlines. (Again from the end notes: “DEADLINE: A fictional date given to an illustrator to encourage timely delivery of the assignment. Usually set 1-2 days before the real (also known as ‘hard’) deadline”). If you’ve read The New Yorker or The New York Times lately, you’ve likely seen Muradov’s illustrations. 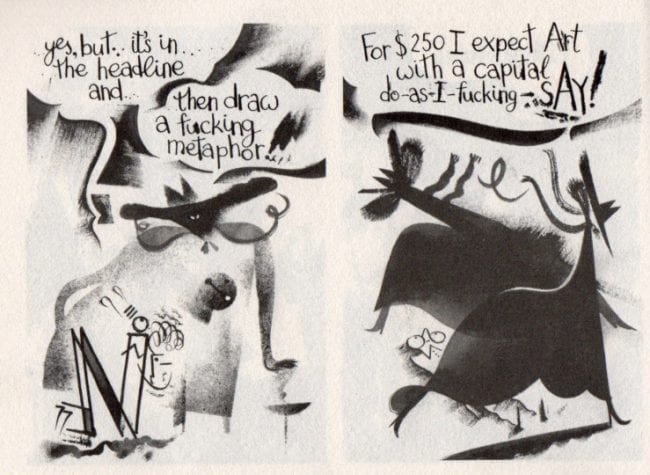 So what to make of the section of Jacob Bladders above? Here, a nefarious publisher commands a hapless illustrator to illustrate a “career ladders” story without using an illustration of a career ladder (From the end notes: “CAREER LADDER: An illustration of a steep ladder, scaled by an accountant in pursuit of a promotion or a raise. The Society of Illustrators currently houses America’s largest collection of career ladders, including works by M.C. Escher, Balthus, and Marcel Duchamp”).

Herriman had a longer apprenticeship than most, working on dozens of strips that never caught fire during the spectacular publication battles between Hearst and Pulitzer that led to the birth of full-color comics such as “The Yellow Kid” and “Little Nemo. ” He was learning his form at the same time that jazz, animation and slapstick comedy were likewise getting their cultural feet under them. Also boxing. Boxing had obeyed “the color line” until 1910, when, in defiance of racist attitudes, the country demanded that black Jack Johnson and white Jim Jeffries finally take the ring. (It’s of course ironic that overcoming racism involved allowing people of different races to beat each other up, but such is our way.)

Michael Dooley writes about the cartoons from Paul Krassner's satirical journal, The Realist, the subject of a new collection, and republishes a 2000 profile of Krassner.

Among the countless others for whom Krassner has been an important inspiration, the strangest may have been Andrew Breitbart, despite their diametrically opposite worldviews. Breitbart is the founder of Breitbart News, notorious for using fake news sites to source their dishonest and deceptive “journalism.” When Krassner interviewed Breitbart for Playboy in 2011, he said he admired Krassner’s “trailblazing and causing mischief and mirth and effecting the type of political and social change you were attempting.”

And now the Chairman of Breitbart Media is about to become the new President’s chief strategist. So, despite a somewhat tenuous relationship to design, it appears timely to revisit that AIGA Journal profile I wrote, “Here Lies Paul Krassner.” Among several other stories, I discuss the time the FBI anonymously distributed leaflets in black neighborhoods that called for the “elimination” of Krassner and other Jews. The headline was “Lampshades!” repeated four times. Fortunately, he’s still with us at age 84. But so’s the FBI: two weeks prior to last month’s Presidential election the FBI Director’s public, vaguely worded, announcement of a tenuously-related email investigation did manage to shoot down some potential votes for candidate Clinton. Plus ça change, plus c’est la même chose. 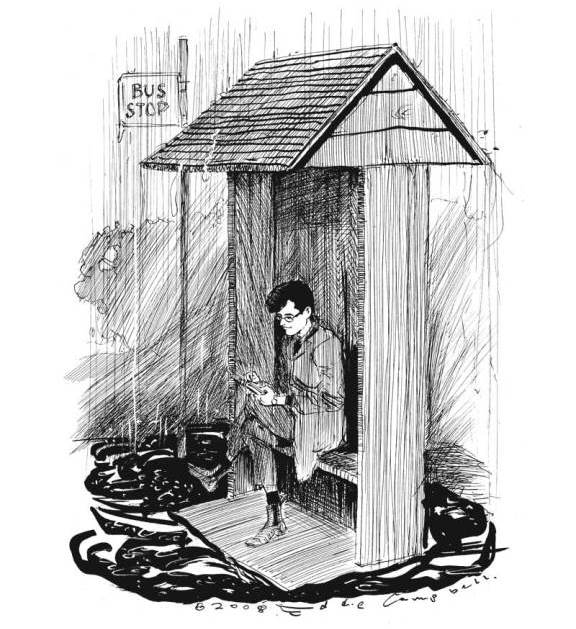 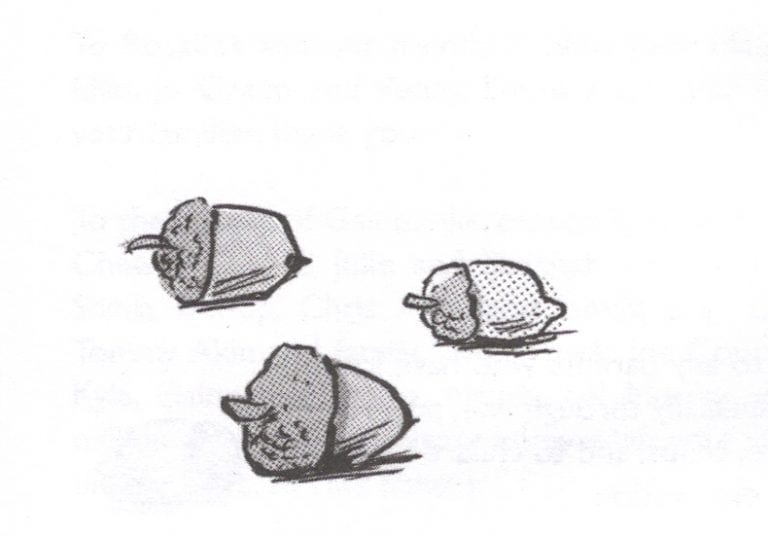