Meanwhile, today on the site:

Just to start with the book itself, Enchanted Lion and its designer Sarah Klinger did an excellent job with the hardcover collection, keeping the fairly standard size for comic strip reprints with three strips on each page. In this case the hardcover has a great wraparound cover and endpapers that show off Liniers’ inventiveness with dozens of takes on the character of Fellini–a house cat–in a variety of poses.

Describing the strip itself is a challenge. “Macanudo” doesn’t revolve around a series of characters, but neither is it a series of one-off strips. Structurally, the closest match to an American comic strip would be Wiley’s “Non Sequitur” which most days consists of one off comics while others involve a recurring cast of characters. It’s not a very good comparison as the two strips are very different in just about every other respect.

Here's a good piece about thinking about writing comics criticism.

I don't think I knew that the famed Kelly Collection of American Illustration Art had a web site. Now we both know.

Nice post, with good comments, about a Muñoz and Sampayo graphic novel.

And Eleanor Davis has some lovely illustrations over here. 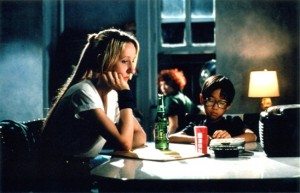 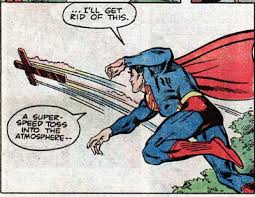