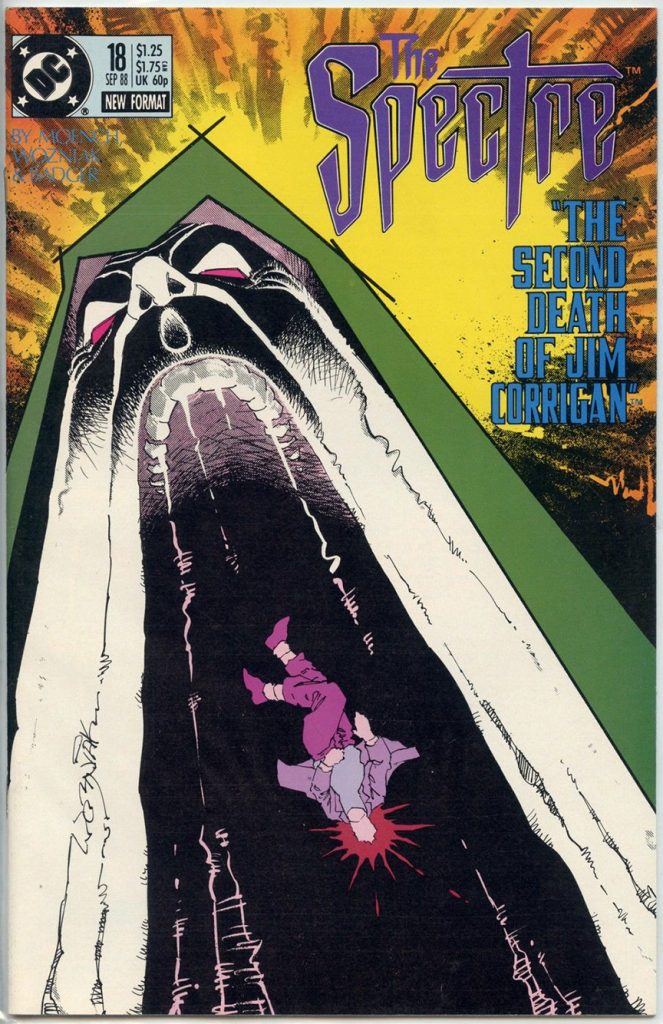 Chris Wozniak occupies such a specific corner of my comics appreciation. His career started around the same time I became a hardcore collector (which meant getting a handful of cheap back issues months at a time), and as I started to develop an eye for different styles, Wozniak's always stood out. 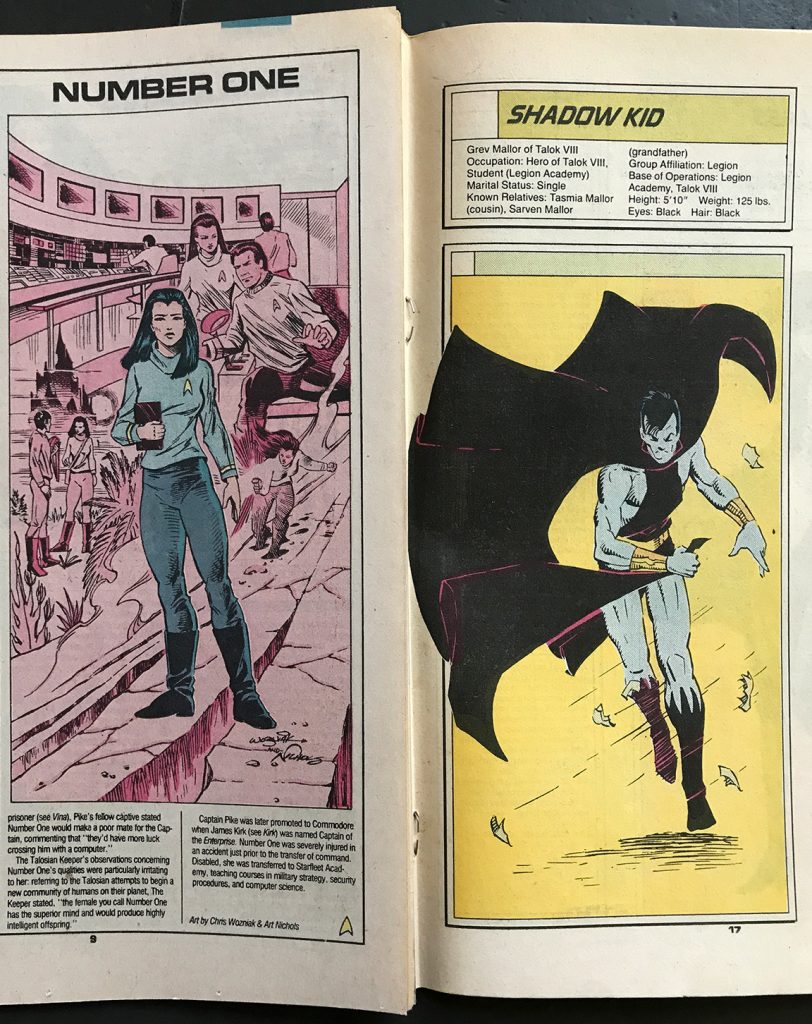 See those two figures up there? They're Who's Who entires, profile listings for Star Trek and Legion of Super Heroes respectively. Wozniak landed the former when he was about 19. Fresh out of high school with little to no formal art training, either... then straight to covers. 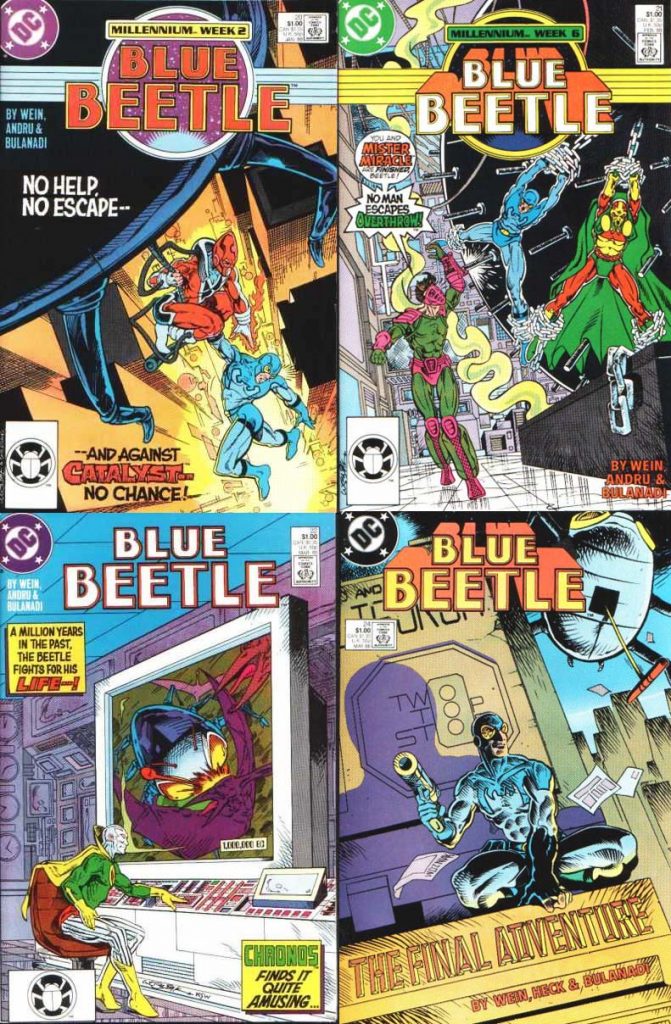 Blue Beetle was where I first saw his work. Look at the gaping but taut mouths on the cover of issue 20 (top right). They always creeped me out; it delights me that the toothless maw was a Wozniak staple as early as this.

Those BB issues were drawn by one of Wozniak's artistic heroes, Ross Andru. Kinda cool how he got the chance to ink Andru this early in the game: 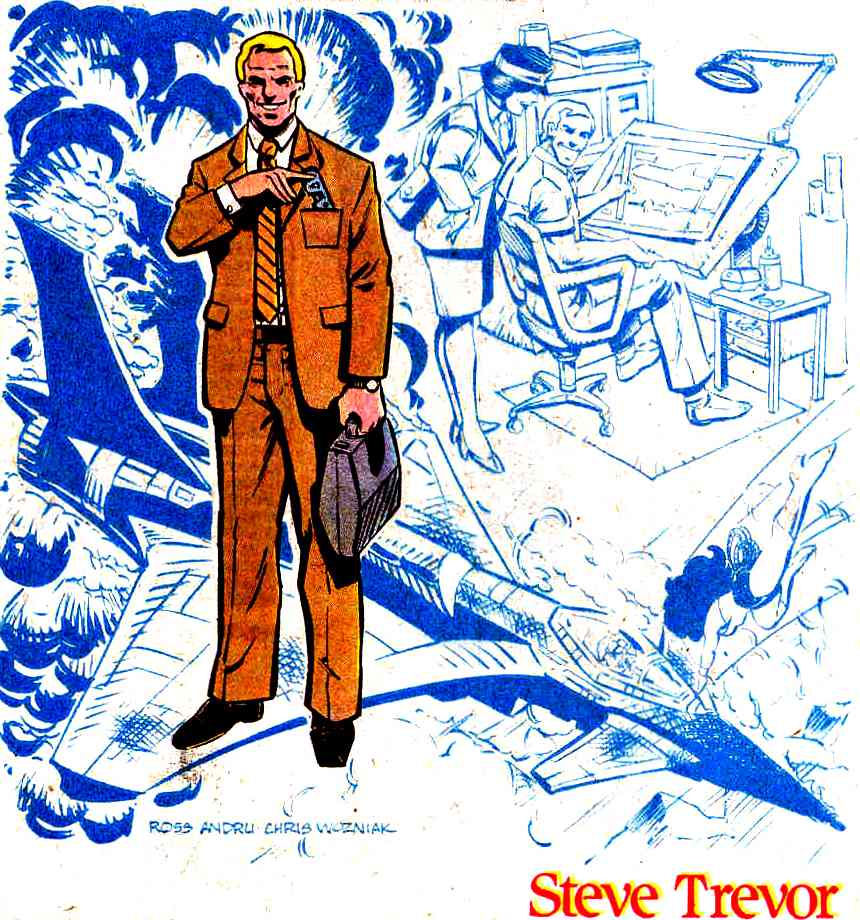 Such a young dude getting steady work from one of the majors -- not bad! DC was supplying him with job after job, from a brief but healthy stint on The Spectre to this massive New Titans annual, the trajectory was looking good. 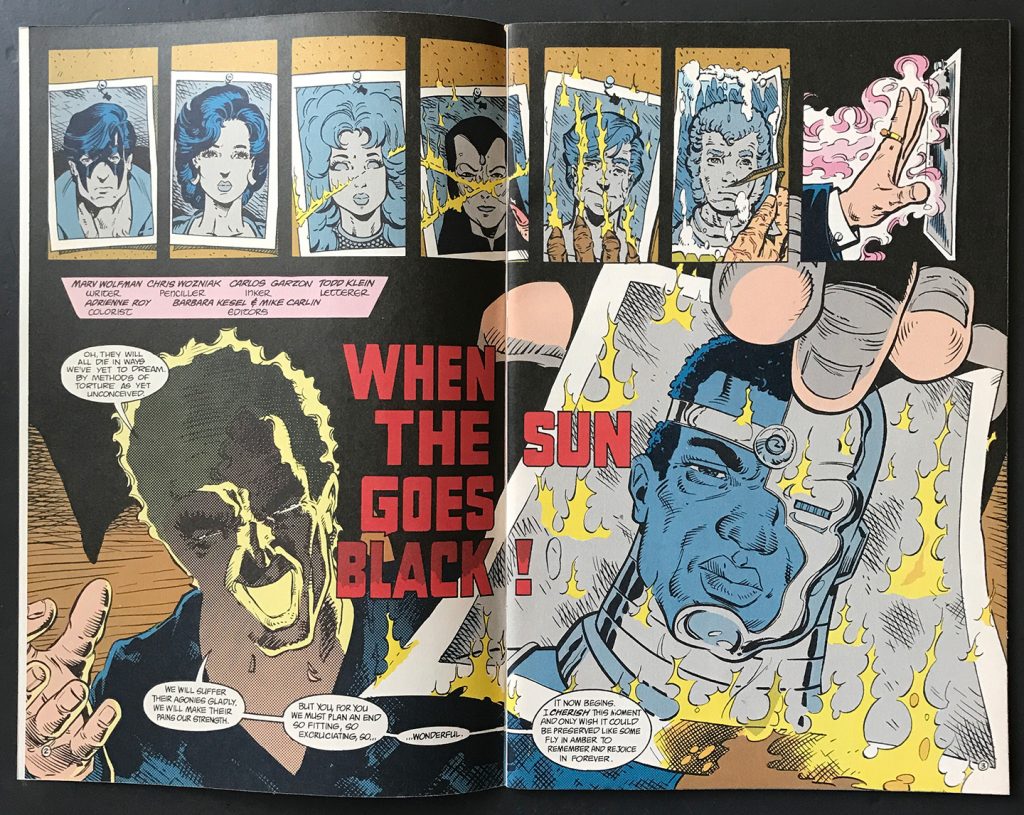 There's that maw again. I always think of Gilbert Hernandez when I see those clean, vast spaces in the shape of a scream or a laugh. Is that a Tezuka thing, or a basic "big foot cartoon" thing? Whatever it is, Wozniak owned it. 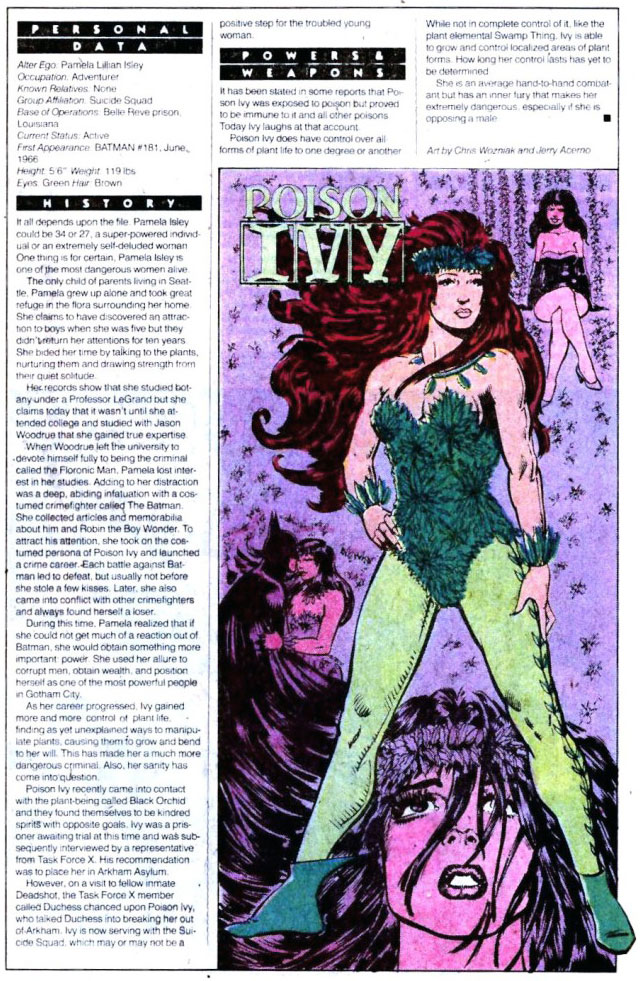 Here's the turning point: Hawk & Dove #5. This is where "Da Big Wahzoo" was born (hey, it's what he signed the cover with). Wozniak's bombastic pencils were best served by tighter inkers, which is why series co-writer/inker Karl Kesel helped define this pivotal moment; this was Woz's #1 embellisher. What could've been just another fill-in, Wozniak's dynamic pacing and exaggerated anatomy gave this issue the juice it needed. Of course Marvel picked him up immediately afterwards. 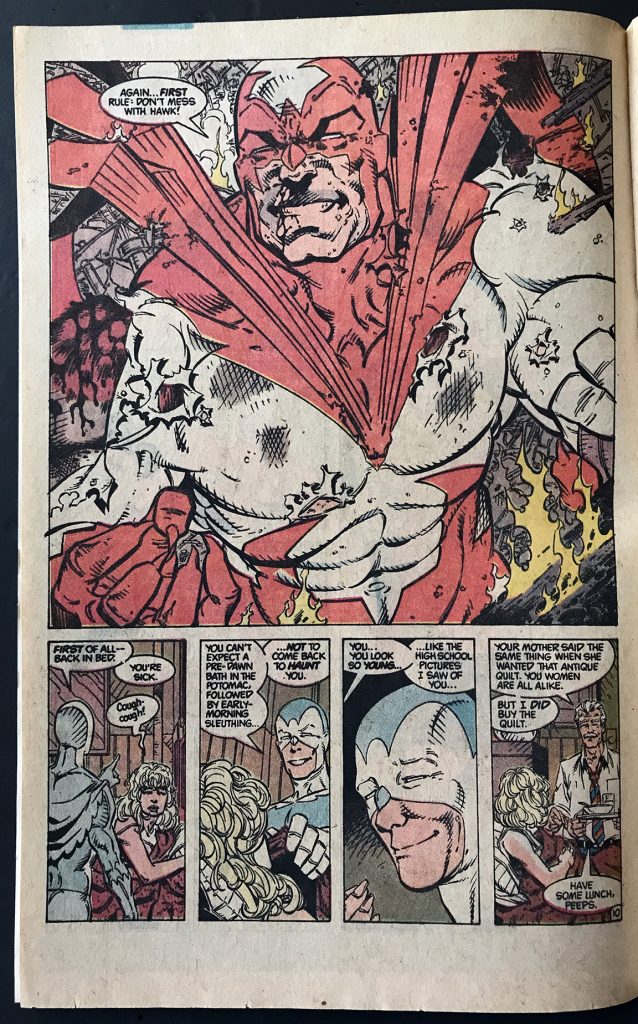 Wozniak's path ran parallel to Rob Liefeld's, launching from the historically conservative DC (specifically Hawk & Dove) to landing on "cool uncle" Marvel (specifically the X-offices). Both were influenced by the Byrne/Miller/Pérez holy trifecta, but there was a modern, fresh immediacy to their work that was all their own. Where Liefeld's work had echoes of Manga, though, Wozniak's had echoes of NYC graffiti culture. 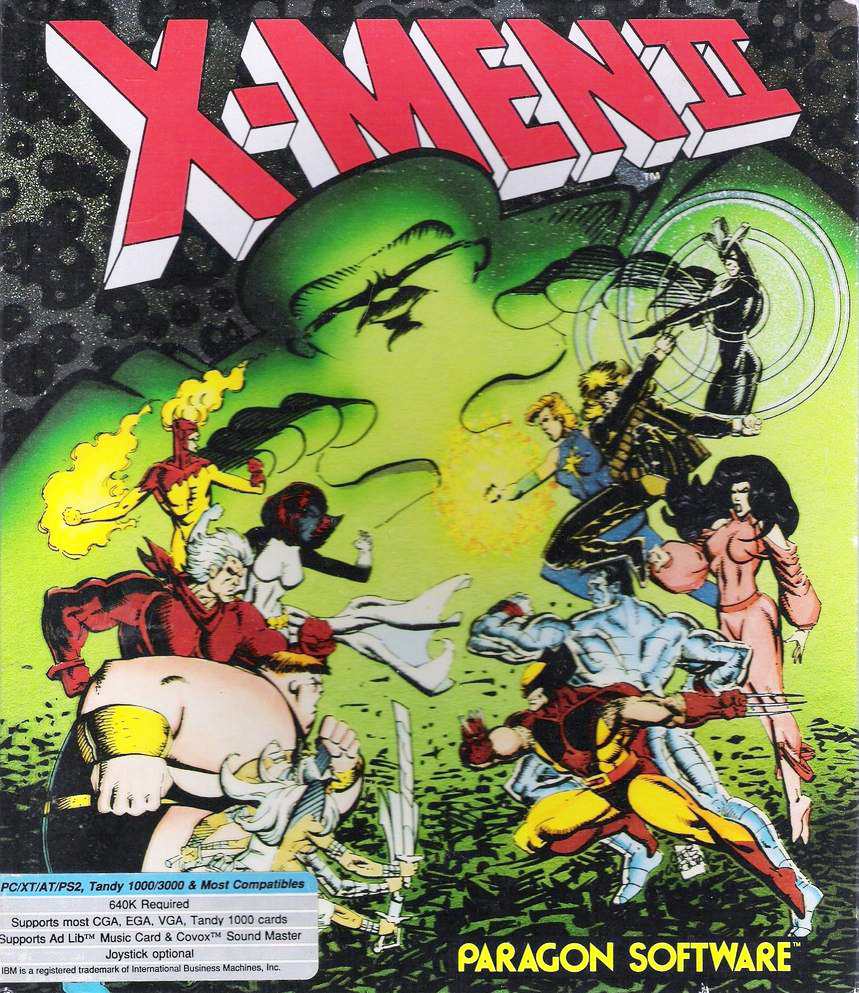 His stuff even looked great pixelated. 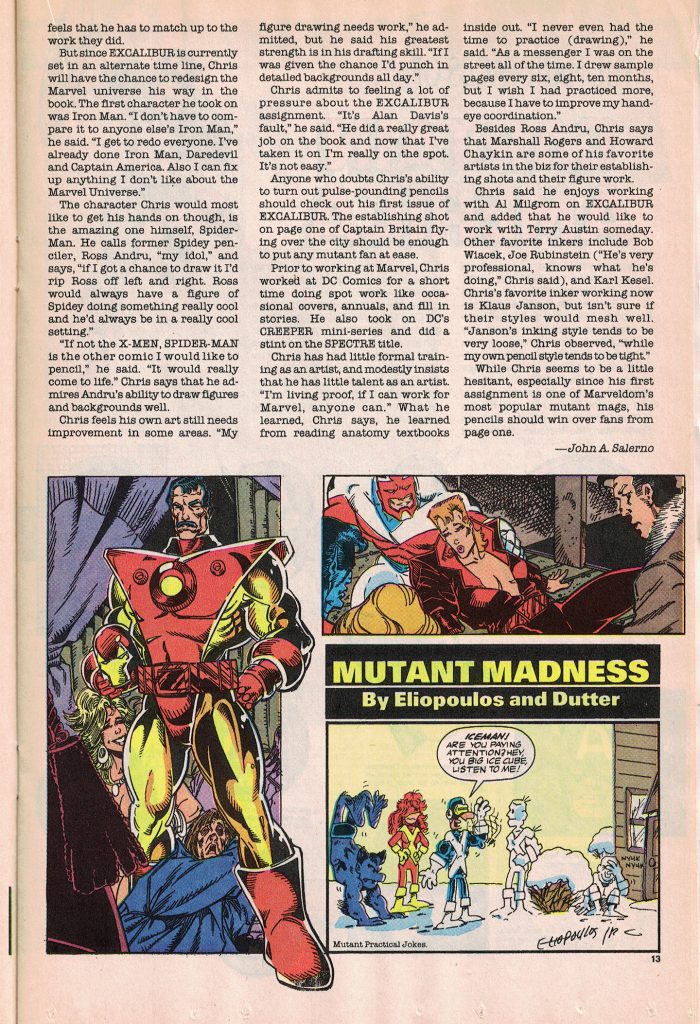 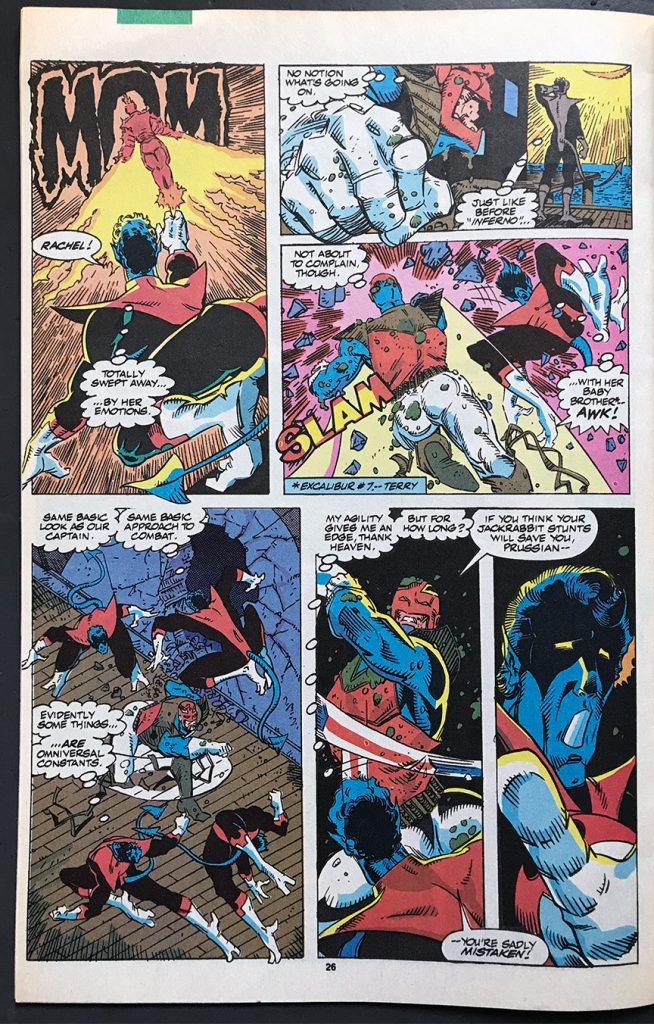 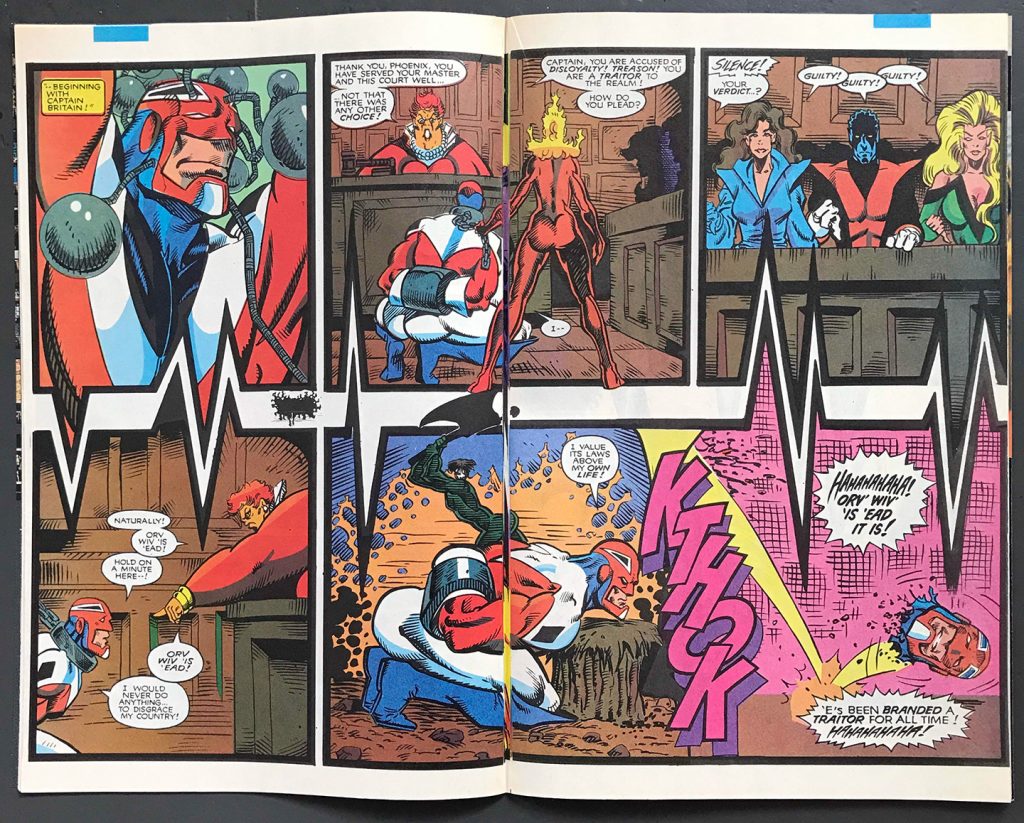 Somewhere in the middle of his stint on Excalibur (4 issues & 6 covers), Wozniak's connection to Liefeld was at its peak when he drew a portion of New Mutants Annual #6. The Woz Cable's pitch perfect, but that close-up on the right looks redrawn by 1 of the 4 inkers (I'm betting it was Harry Candelario).

Every passing year I would get deeper and deeper into collecting titles and following creators. I was a regular reader of Avengers West Coast thanks to my John Byrne obsession, but I lost interest once he left the book. I bought AWC out of habit, but I'm glad I stuck around; their 64th issue was a much needed jolt. Danny Bulanadi was Wozniak's 2nd best inker, and this issue sings because of it. 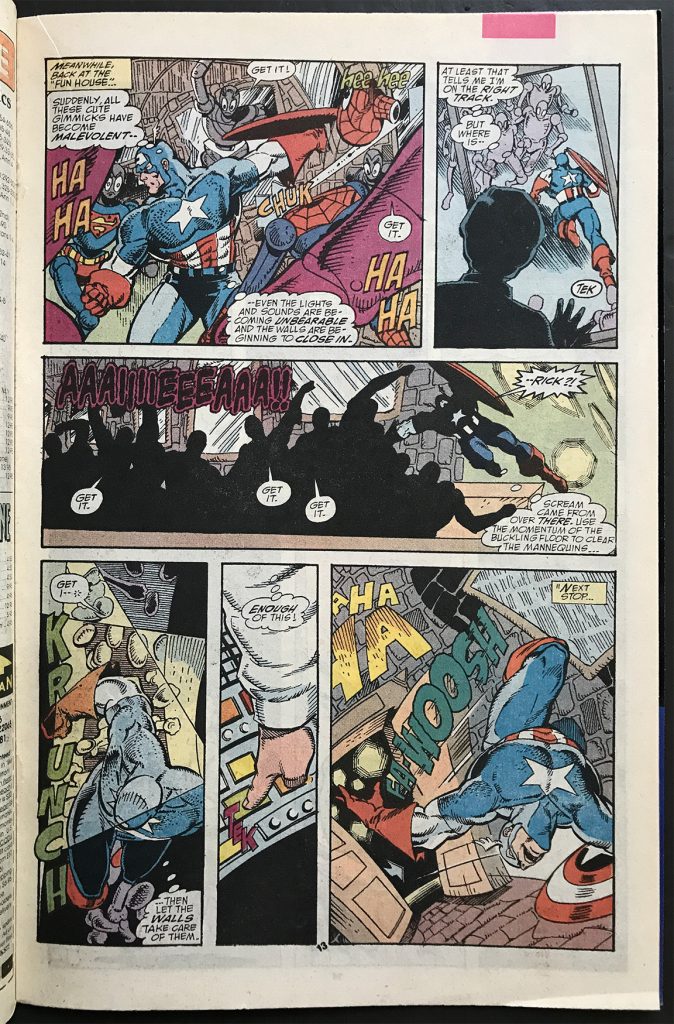 I was pleasantly surprised when Wozniak took over another title I was reading out of habit, Justice League America. That title thrived under the naturalistic verve of Kevin Maguire and Adam Hughes, but sometimes  a cartoony touch was needed: Ty Templeton, Keith Giffen, and Kyle Baker come to mind. The title was caught in a loop, though, it was exhausting itself and the art chores varied uncomfortably. To my eye, Wozniak was the perfect mix of that cartoony latitude JLA was given with the beefy power that was needed. Look at this Simonson-level ship! 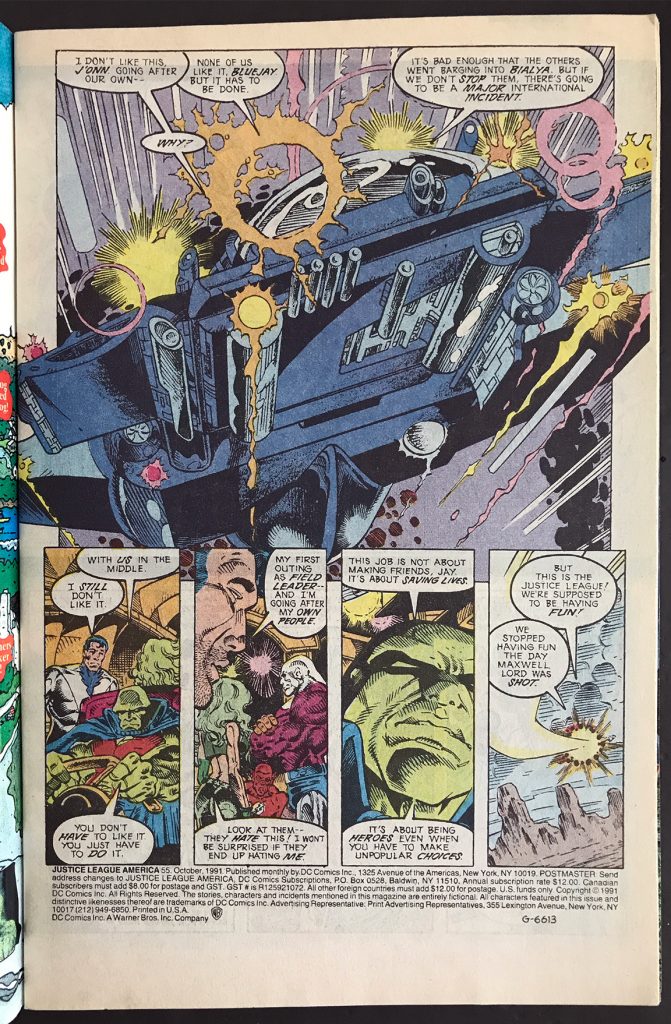 Wozniak drew 5 JLAs (and one JL Europe), issue 56 being the standout. It's where the drawings were the most solid and the layouts the most confident. It did what the title did in its prime, it balanced the awesome... 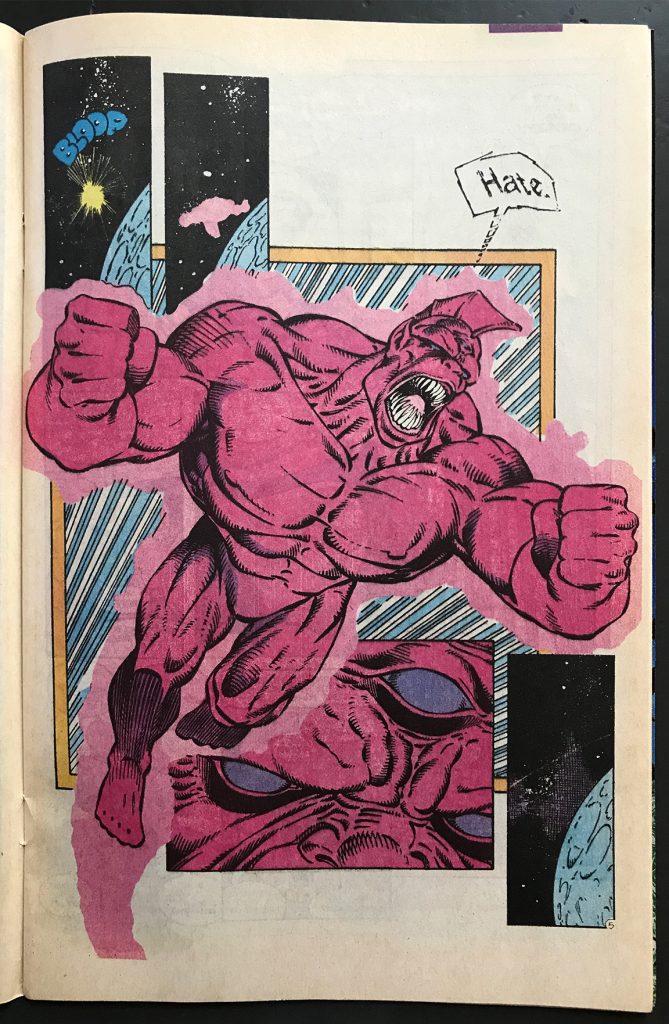 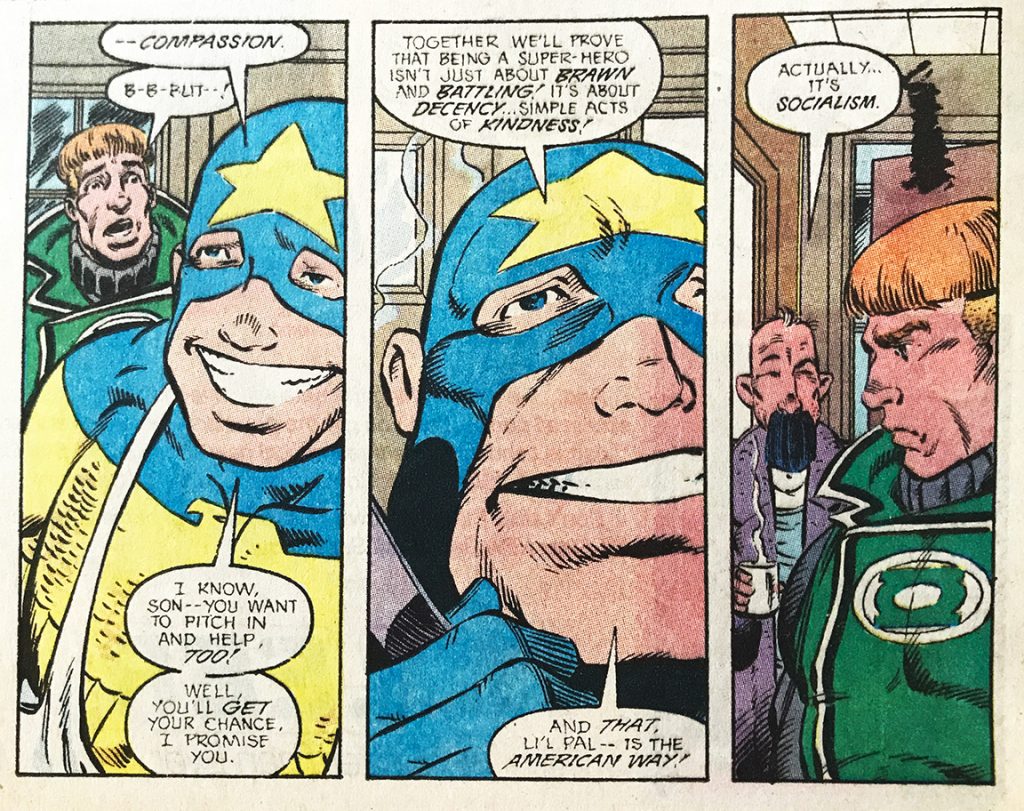 Plus it has a cameo of the smiling Woz himself.

At this point, his bibliography gets scattered, as does the array of his inkers. 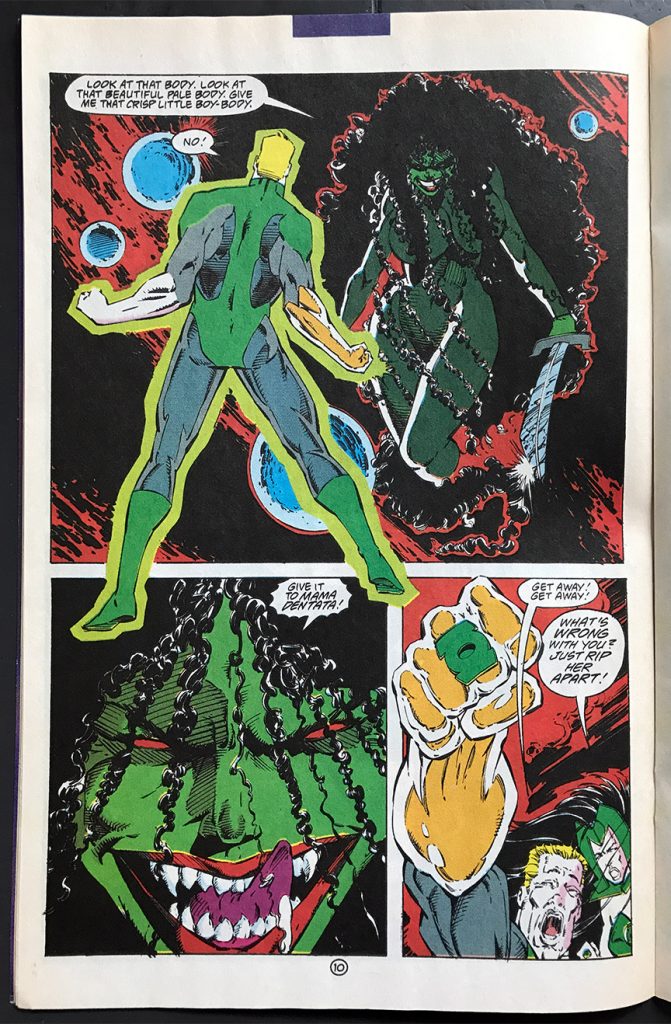 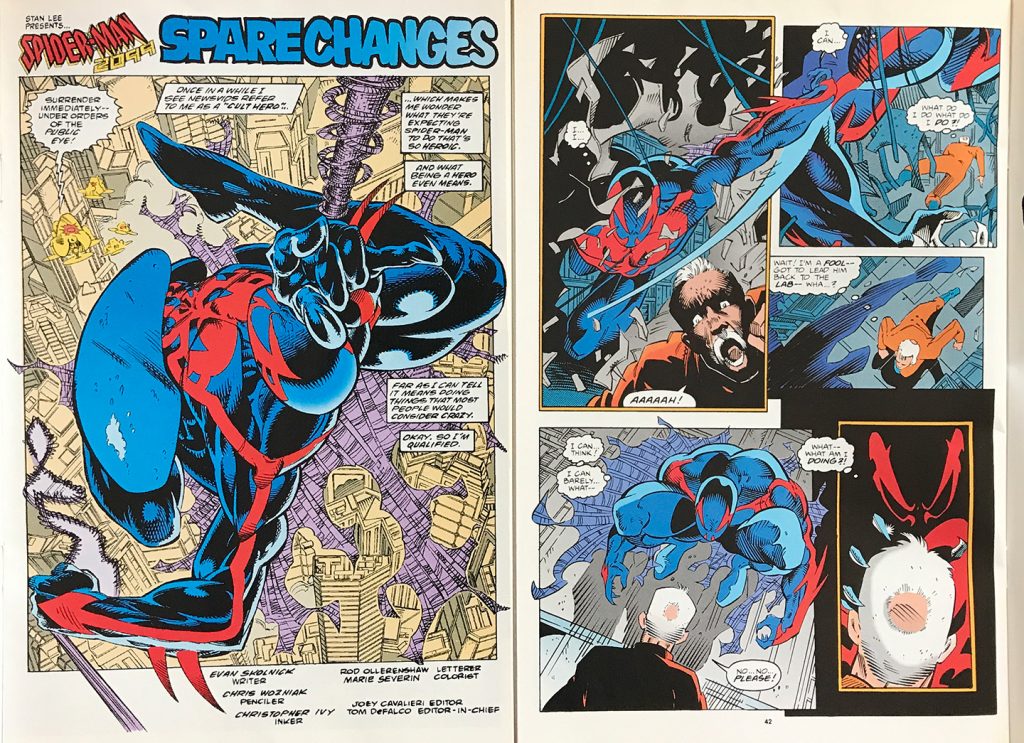 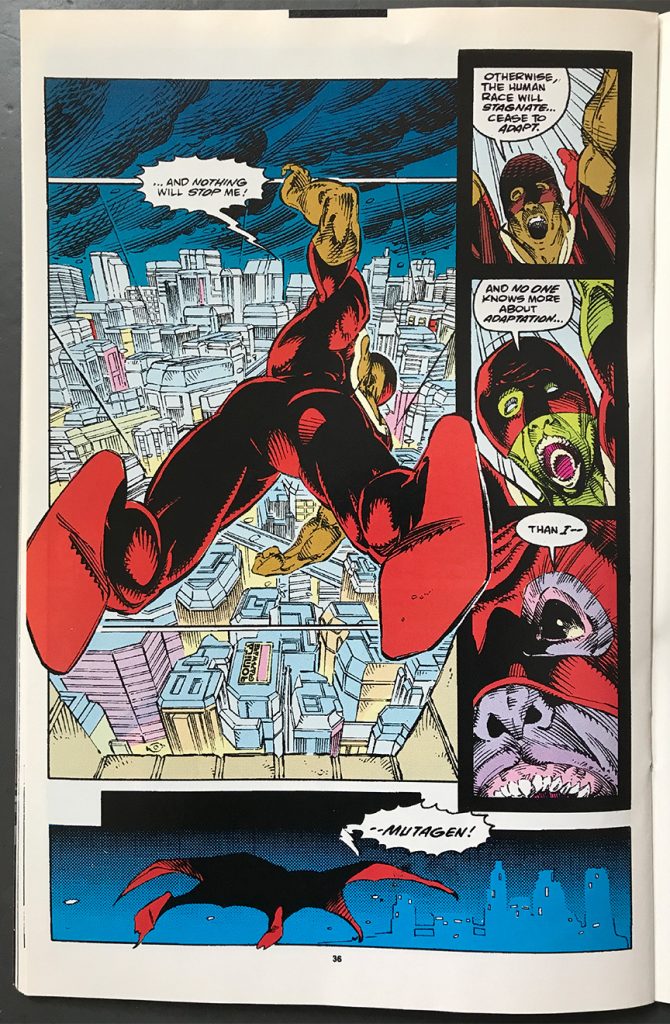 He did ink himself a few times, at least. In his final intersection with Liefeld, The Pact... 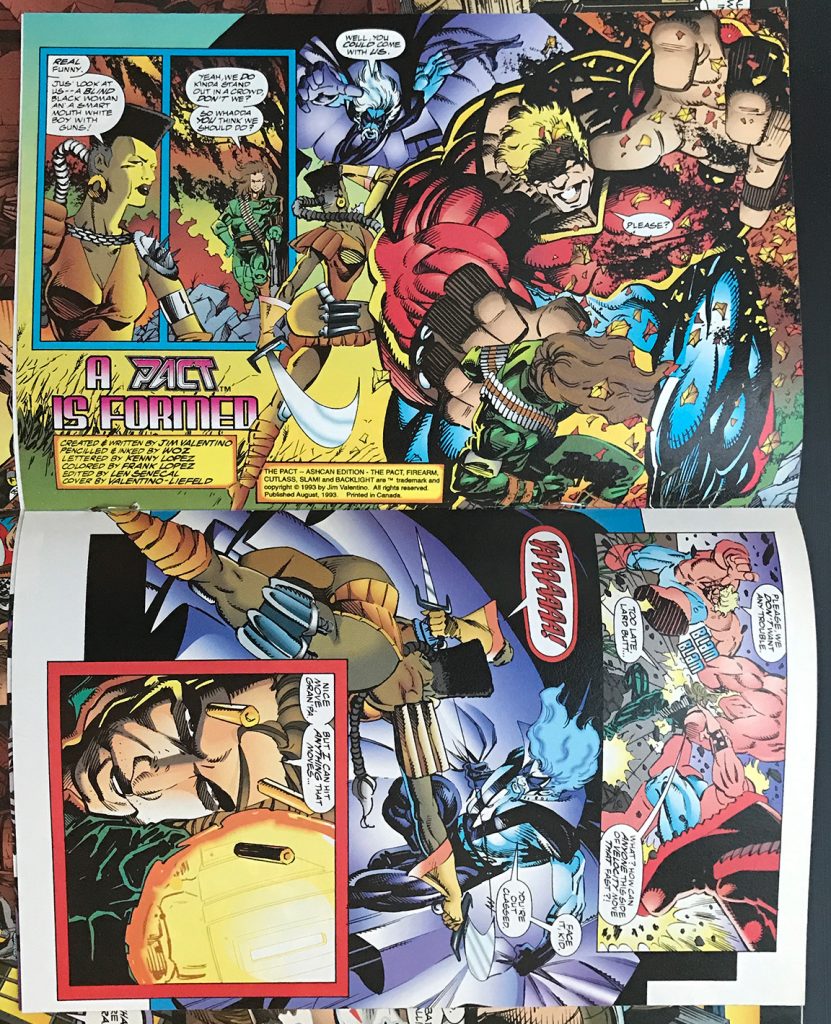 ... and that time he rocked a Sienkiewicz on Gunfire. 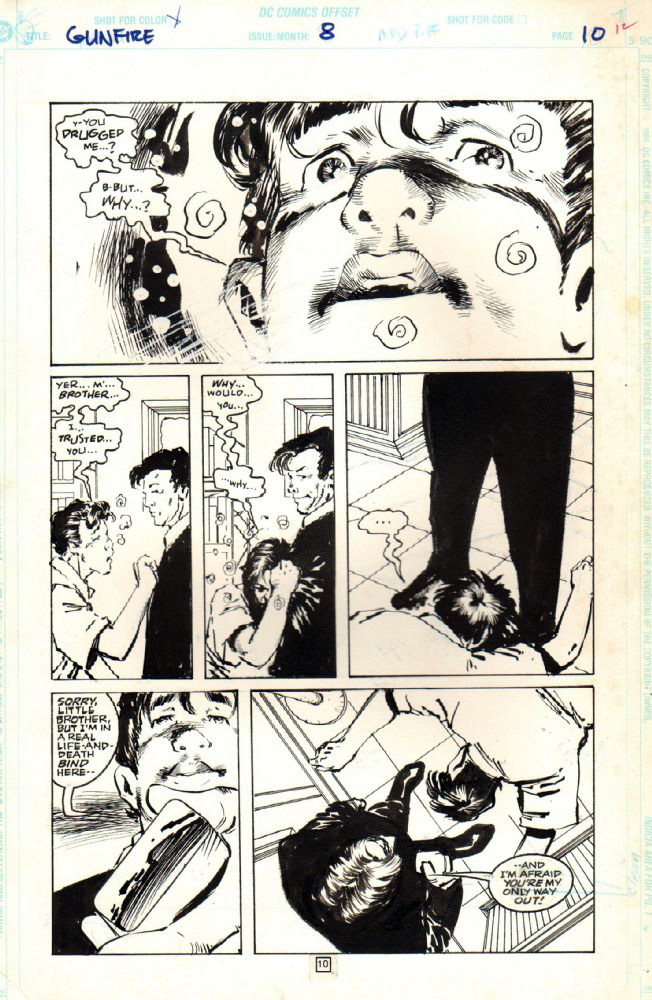 As for his single writing credit, look to What If? #96, where he focused on Quicksilver and the Lehnsherr family. By then, Wozniak's art was less Byrne, more Chris Bachalo, but it still had hints of graffiti. 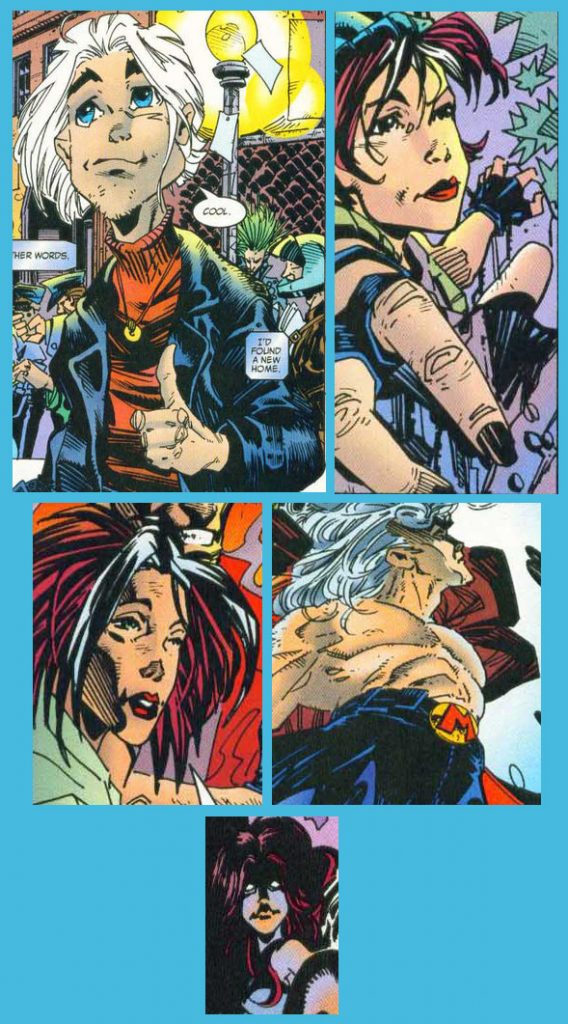 To circle back, I dipped in and out of comics collecting as a teenager, but I never forgot the comics I liked. And I liked Woz. Still do. An entire decade spent working on a good variety of Big Two books? People would kill for less. 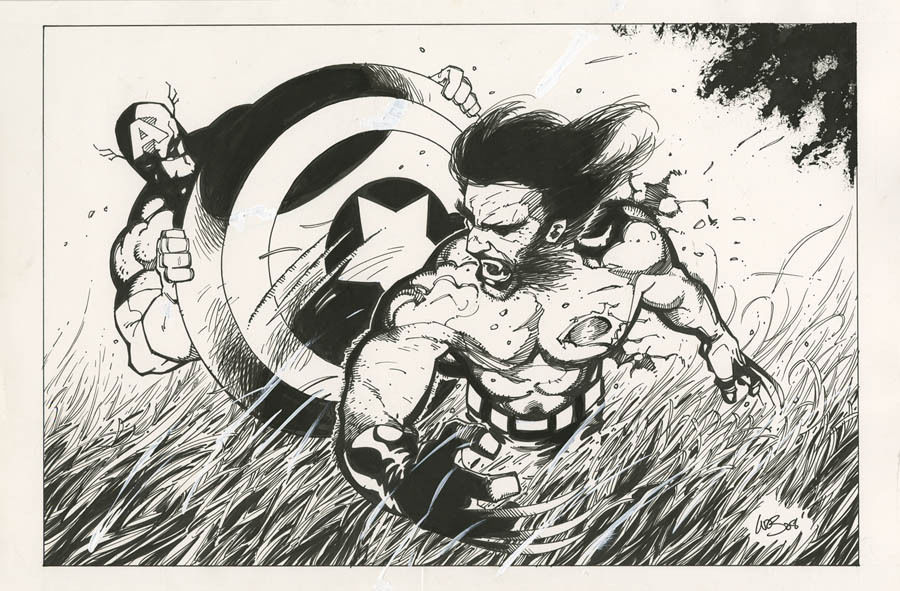 Sources say he worked on Helsing: Legacy Born #1, published by Caliber Comics in the late 90s. In the late aughts, he worked on two of his own projects, Barren Soil and Bitter Midgets. He also survived a tornado.

Check out his original art here - tons of comics and illustrations - but follow him on Facebook, too -- you'll get to see current kick-ass pieces such as this one. 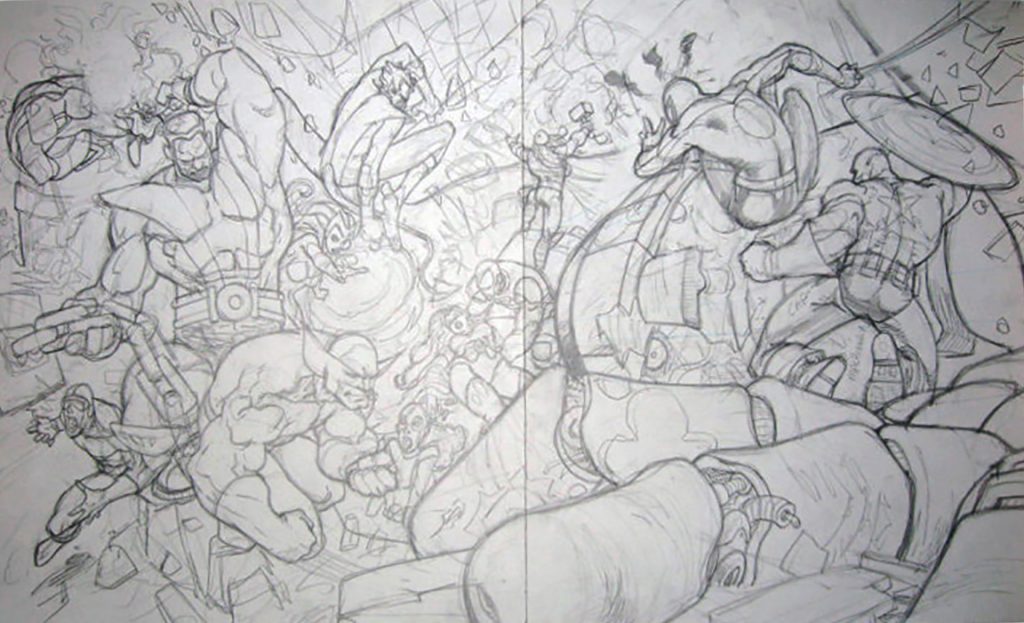 · Hawk & Dove 5 (Good standalone issue, a highlight of the series.)

· Justice League Europe 36 (Kind of odd that this was the issue that closed the curtain on the Bwah-Ha-ha era.)

· New Mutants Annual 6 (You get a good chunk of Woz pages plus a couple of cool Liefeld pin-ups.)

· Superman, Man of Steel Annual 1 (I prefer this Eclipso tie-in than the Action Comics Annual that Woz also drew. Again, it was the inking that did that one in. But for this one, that post-Image style gels with Wozniak's already ultra intense aesthetic. That, I like. Plus, the Creeper.) 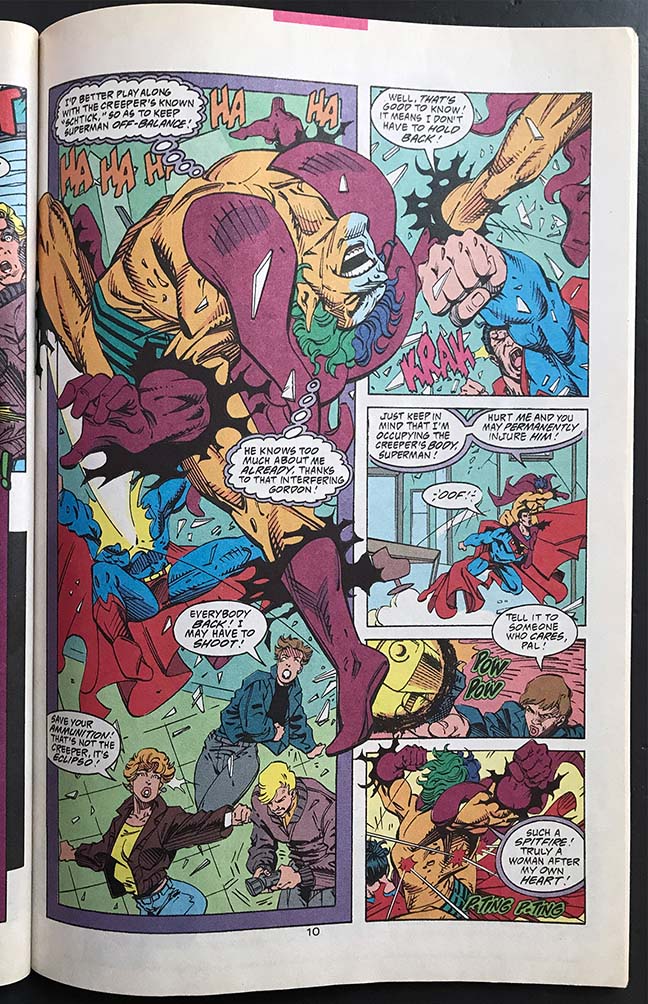