Today on the site, R.C. Harvey continues his ongoing series on the legendary feud between Ham Fisher and Al Capp. Here he comes to the climax of the tale, when Fisher went too far even for his fellow cartoonists, and the terrible consequences that ensued.

In due course, the Ethics Committee voted to call Fisher to account for his conduct. Although there was no hard evidence to link Fisher to the alleged forgeries, the cartoonists decided after examining the drawings that Fisher had indeed been the person who had circulated them. Weiss said it was Fisher’s handwritten comments in the borders of the pictures that gave him away: “They saw that this was Ham’s handwriting.” Moreover, all the other surrounding circumstances led to a conclusion that Fisher had in fact done the dirty deed — the long-running feud, Fisher’s almost irrational animosity toward Capp, the episode of the annotated Li’l Abner strips that were circulated to editors a few years before, Fisher’s preoccupation with the alleged pornography in Capp’s work.

On Jan. 24, 1955, Fisher was summoned to a special meeting of the Society’s Board of Governors to hear the charges presented by the Ethics Committee. The Committee charged Fisher with doctoring the drawings and circulating the forgeries to discredit Capp — acts which had the effect of endangering the creative well-being of every other cartoonist. In submitting the drawings to the New York State Joint Committee on the Comics, Fisher had subjected the profession undeservedly to scrutiny by a body that was actively considering measures that would restrict every cartoonist’s freedom of expression. Fisher’s conduct, the Ethics Committee concluded, was “in violation of the entire spirit of the Society and the purposes for which it was established,” reflected “discredit upon the Society and the entire profession of cartooning,” and was “unbecoming a member of the Society.”

The mission statement and identity of Iron Circus is “strange and amazing comics,” and Trotman says her goal is to publish unique, unexpected books that wouldn’t find a home anywhere else. Her first step away from doing everything herself came when she started crowdfunding her publishing on Kickstarter soon after the platform launched in 2009. Her first big success was crowdfunding $83,000 in 2012 to publish Smut Peddler, an anthology of erotic comics geared to modern sensibilities, which is now a yearly series. In 2015 she began publishing work by other creators, starting with a print edition of E.J. Weaver’s webcomic The Less than Epic Adventures of TJ and Amal, again funded on Kickstarter, this time raising $65,000 to publish.

Later that year, PW chose her as one of its Star Watch Honorees. By 2017 Iron Circus and Trotman had raised more than $1 million on Kickstarter to fund about 14 book projects.

The crossover with Doctor Who put the strip into the canon of British psychedelia alongside Tom Baker’s Doctor Who. If this Captain was to assemble a team of British Avengers, they would consist of the White Rabbit from Alice in Wonderland, Jerry Cornelius, Emma Peel, Sergeant Pepper and Joanna Lumley’s Sapphire from Sapphire and Steel.

—John Holbo writes about Art Young and his connection to wider art history.

Some folks say Expressionism starts, treescape-wise, with Klee’s “Virgin In A Tree” (1903). Some folks might point to earlier, French influence on later German work. The same year Young was caricaturing Bougeaureau, van Gogh was painting “Pollard Willows At Sunset, Arnes” [scroll down].

The correct answer is: the answer is simpler. Expressionism is a caricature style. It grows out of caricature. It grows alongside stuff you see in German satirical magazines – in Simplicissimus, say. Which starts in 1896. But all that hearkens back to earlier, French and English work. To Daumier, especially.

There is a tendency to downplay this, on behalf of the art ‘ideology’ of Expressionism. (I know, I know, it’s not like there was one party line. I’m oversimplifying for blog post purposes.) It was opposed to realism and naturalism, also to Impressionism (allegedly, the way light and color ‘really appears to us’). Expressionism self-styles as ‘inner’ – self-expressive. (Hence the name.) This style of self-advertisement discourages attention to two really rather obvious features. 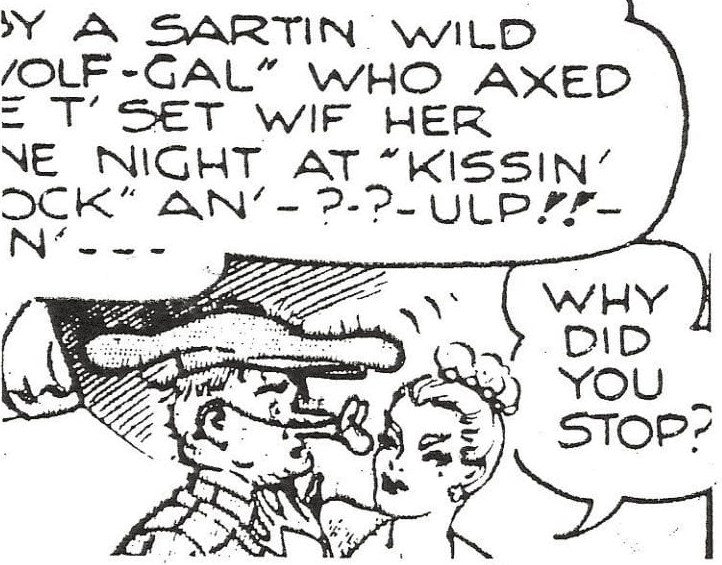 Hubris and Chutzpah: How Li’l Abner Kayo’d Joe Palooka and Both Their Creators Came to Grief (Part 7) 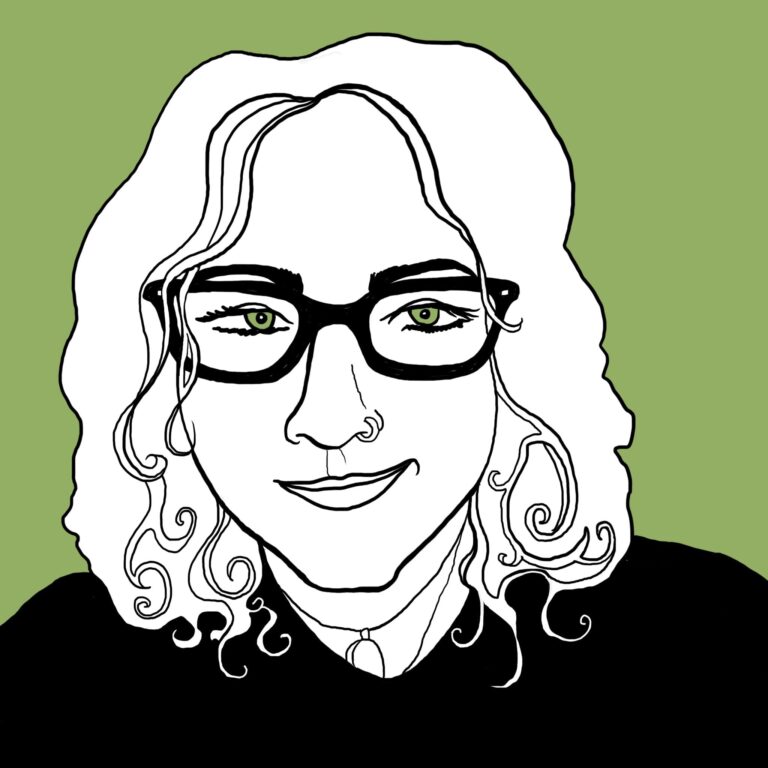 A Conversation with Andrea Leigh Shockling about Subjective Line Weight