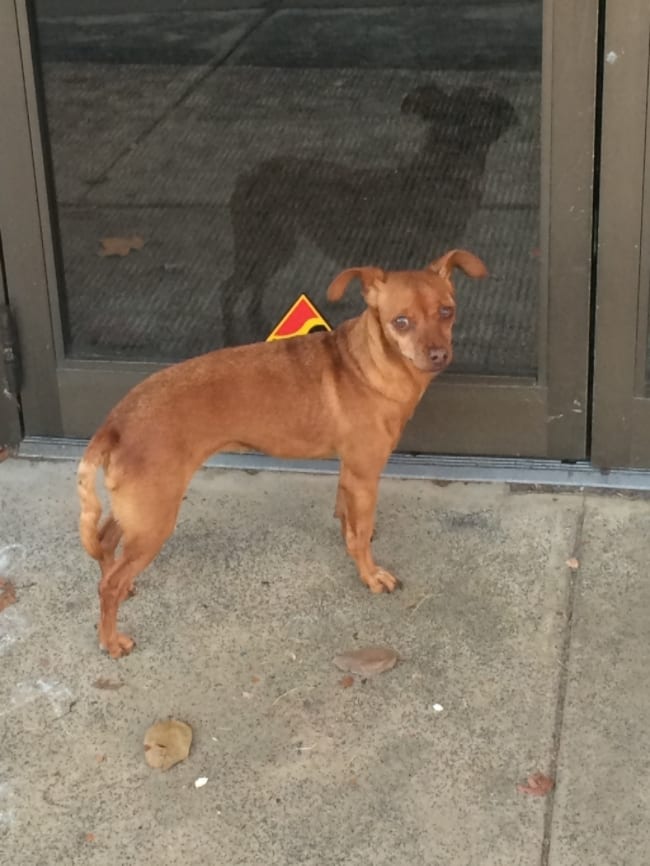 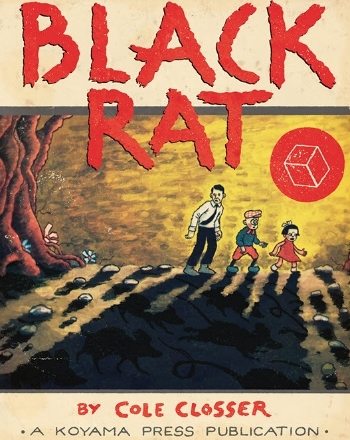 Black Rat: This is looking like the week when a lot of SPX show debuts mosey on over to comic book stores, and while I felt this year's show was more minicomics-focused than usual, there were a few prominent bookshelf releases. This 160-page Koyama Press collection of short works by Cole Closser was maybe the most-discussed such book I observed from the floor; the Center for Cartoon Studies grad previously released Little Tommy Lost through Koyama in 2013, and here continues to work through a variety of styles reminiscent of early 20th century animation and newspaper comics, many set to surreal and sinister ends. Preview; $15.00. 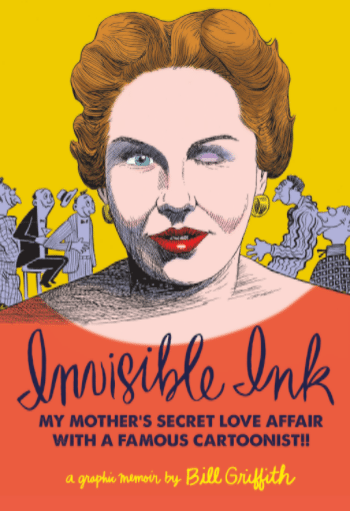 Invisible Ink: My Mother's Secret Love Affair with a Famous Cartoonist!!: Also at the show was this all-new 208-page autobiographical work from offbeat comics fixture Bill Griffith, drawn entirely on weekends to accommodate his Zippy schedule. Darting in and out of present-tense experiences, past-tense suppositions and various pertinent works of fiction by the parties involved, Griffith tells of his 'shadow father' - a cartoonist of some now-obscure renown with whom his mother carried on a longtime clandestine relationship, nourishing the appreciation for art she could not adequately explore at home. The publisher is Fantagraphics, which also released 2011's Bill Griffith: Lost and Found - Comics 1969-2003, a rewarding collection of the artist's comic book pieces which should stoke interest in this yet-more longform project. Preview; $29.99.

Palefire: Secret Acres had a very busy table at SPX, and among their offerings was this 68-page collaboration between MK Reed & Farel Dalrymple - specifically, it's drawn by Dalrymple, and based on or expanded from an earlier solo minicomic by Reed. The story is one of teenage emotions, concerning a girl's attraction to a boy of some notoriety. Lots of cars and trees and small town sights; $11.95.

Lose #7 (&) Dressing: Two from busy Michael DeForge, SPX debuts again from Koyama Press. As much as the scattered nature of comics access online and in print renders the concept tenuous, Lose still approximates to DeForge's 'main' series, insofar as I am an aging comics reader whose preconceptions are best flattered by an solo comic book anthology series in which an artist explores a variety of stories under a common banner. This one is 52 pages, notably "exploring the eccentricities of a woman who befriends her dad's doppelgänger, and the realities of a flightless bird/boy hybrid." I was on a podcast the other day where I argued that the heart of DeForge's body of work is in the struggle of his characters/creatures to evolve -- physically, mentally, mystically, metaphorically -- into something better positioned to survive the consumptive and uncaring character of nature. Dressing is a 120-page hardcover, trim at 5.5" x 9", collecting a variety of short pieces and stray minicomics by which this reduction can be tested and likely found wanting; $10.00 (Lose), $19.95 (Dressing).

From Under Mountains #1: But enough! Let us divorce ourselves from the convention circuit (for at least one entry) with the familiar sight of an Image comic book debut. This one's a companion series to 8House, the shared-universe venue for fantasy stories by the likes of Brandon Graham, Emma Ríos, and, most pertinently, Marian Churchland, co-writer here with Claire Gibson for artist Sloane Leong, who's produced some gruesome self-released horror comics in the past. Obviously *I* hope she brings some of that sensibility here! Preview; $3.99.

Schmuck (&) Smoke: These are works from Hang Dai editions, distributed through Diamond via Alternative Comics. Schmuck was backed by a Kickstarter campaign; written by the late Seth Kushner, the book employs numerous artists to illustrate coming-of-age comics in the vein of American Splendor and Real Stuff. Contributors include Nick Bertozzi, Noah Van Sciver, Gregory Benton, Josh Neufeld, Dean Haspiel and others. Smoke is a Gregory Benton solo work, following AdHouse's 2013 release of his B+F. It's a wordless 80-page book, depicting travels from an industrial farm to a mystic world. $19.95 (Schmuck), $14.99 (Smoke).

Castro: Your Eurocomics choice for the week, a 2010 biography from German artist Reinhard Kleist, with some textual contributions from Castro scholar Volker Skierka. Apparently, this new English edition -- published by Arsenal Pulp Press, and supplanting a 2011 edition from SelfMadeHero, which released Kleist's The Boxer last year -- will contain a bit of new content concerning recent developments in Cuban/U.S. relations. Preview; $22.95.

Showa 1953-1989: A History of Japan Vol. 4 (of 4): Being the closeout installment of Shigeru Mizuki's 1988-89 personal account of struggle, pain and recovery in the 20th century, blowing across nearly half a century of politics and culture in 552 pages, and ending on a top-of-the-lungs admonition against the crimes of militarism. It also covers Mizuki's then-entire career as a manga artist, including bleakly funny vignettes with a spectral Yoshiharu Tsuge and sensitive boy communist Ryōichi Ikegami, both Mizuki studio assistants. With a special gallery of color images from the original Japanese printings, and a new foreword by Frederik L. Schodt; $24.95.

Naruto Vol. 72: Speaking of an era's passage! This is technically the final volume of Naruto, the Masashi Kishimoto-created ninja drama which once defined shōnen manga in North America, and still commands an enormous, now multi-generational following via its anime incarnation in particular. I say 'technically' because a new and profitable anime movie involving children of the former main characters opened last month in Japan, and with it came a Kishimoto-fronted comics miniseries, Naruto: The Seventh Hokage and the Scarlet Spring, which VIZ will be releasing as a print book in January. You can offer your thanks/regrets to the creator in person the weekend after next when he appears as a spotlight guest at the New York Comic Con; $9.99.

All the Wrong Questions Vol. 4 (of 4): Why Is This Night Different from All Other Nights? (&) The Sandman: Overture #6 (of 6): Also coming to a close, if probably not anticipating theatrical anime, are two serials involving famous writers of prose. All the Wrong Questions is a YA collaboration between writer Lemony Snicket and artist Seth, a work of illustrated prose set in the world of Snicket's popular novels, A Series of Unfortunate Events. Little, Brown publishes the 304-page hardcover. The Sandman, of course, is the signature comic of Neil Gaiman (who, of course, was a successful comics writer before he was a famous writer of prose), and Overture teams him with J.H. Williams III, Dave Stewart & Todd Klein -- as deluxe a crew of fantasy professionals as Vertigo can presently manage -- for a maximum-pomp cosmic adventure which I personally feel is Gaiman's best comic in at least a decade, though appetites will vary; $16.00 (Questions), $3.99 (Overture).

Vinland Saga Vol. 6: But not all endings are happy, friends. It wasn't long ago that Kodansha suspended the English translation for this ongoing Makoto Yukimura viking adventure drama, with suspicions mounting over its sales performance. It's back now though, once again combining two Japanese volumes into a mighty 400-page hardcover, with vol. 7 already set for December. That's good; Yukimura is a disarming straight-shot storyteller, previously of the SF series Planetes, whose handsome genre works deserve consideration. Given that vol. 16 of the Japanese releases just dropped a few months ago -- and that serial chapters run in a monthly magazine -- a pronounced wait for vol. 8 could be in the cards for less alarming reasons; $22.99.

Secret Coders Vol. 1: How about another beginning? This is a new First Second series from Gene Luen Yang (whose debut storyline as writer on Superman concludes this week), working with artist Mike Holmes on a series about kids plowing through the hidden mysteries of their school, with "logic puzzles and basic programming instruction" kneaded into the action. Preview; $9.99.

MAD's Original Idiots: The Complete Collection (&) King of the Comics: 100 Years of King Features: And now some classics in big, heavy packages. MAD's Original Idiots is a slipcased collection of three books -- 528 pages in total -- each devoted to collecting the works of individual artists from the 1952-55 pre-magazine EC issues of the humor forum: Will Elder; Jack Davis; and Wally Wood. The books will also be available separately, if Will Elder ruined your family or something. King of the Comics takes a more pointillist approach... or, so I presume. I'm still not entirely sure what's *in* this 308-page, 9.25" x 12" IDW hardcover, save for "600 fantastic images" taken from the history of the King Features Syndicate, which hopefully means a big suite of whole strips; it'd be particularly good to see seminal or premature examples of strips that have been around forever. Edited by Dean Mullaney, with additional participation by Bruce Canwell, Jared Gardner, Ron Goulart, Paul Tumey and Brian Walker; $45.00 (Idiots), $49.99 (King).

Cartoons for Victory (&) Gag on This: Cartoons By Charles Rodrigues: Finally - well, I'd tried to run from SPX, but you can't get far when the show's executive director, Warren Bernard, has his own book out this week. Cartoons for Victory is a 240-page Fantagraphics hardcover, in which editor Bernard gathers rare cartoons from the likes of Harvey Kurtzman, Charles Addams, Will Eisner and Harold Gray, in which marketable characters and patriotic exhortations urge a nation through World War II. Foreword by Bob Dole, whom I believe was the pseudonymous artist behind Wendy Whitebread, Undercover Slut. Speaking of dirty jokes, Gag on This collects provocations of a different kind - 432 pages' worth of one-panel gags from National Lampoon contributor Rodrigues, previously the subject of Fantagraphics' 2013 collection Ray and Joe: The Story of a Man and His Dead Friend, and a man with a bad reputation to posthumously uphold; $34.99 (each). 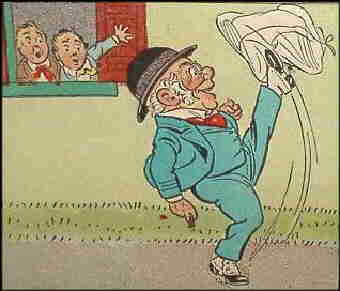 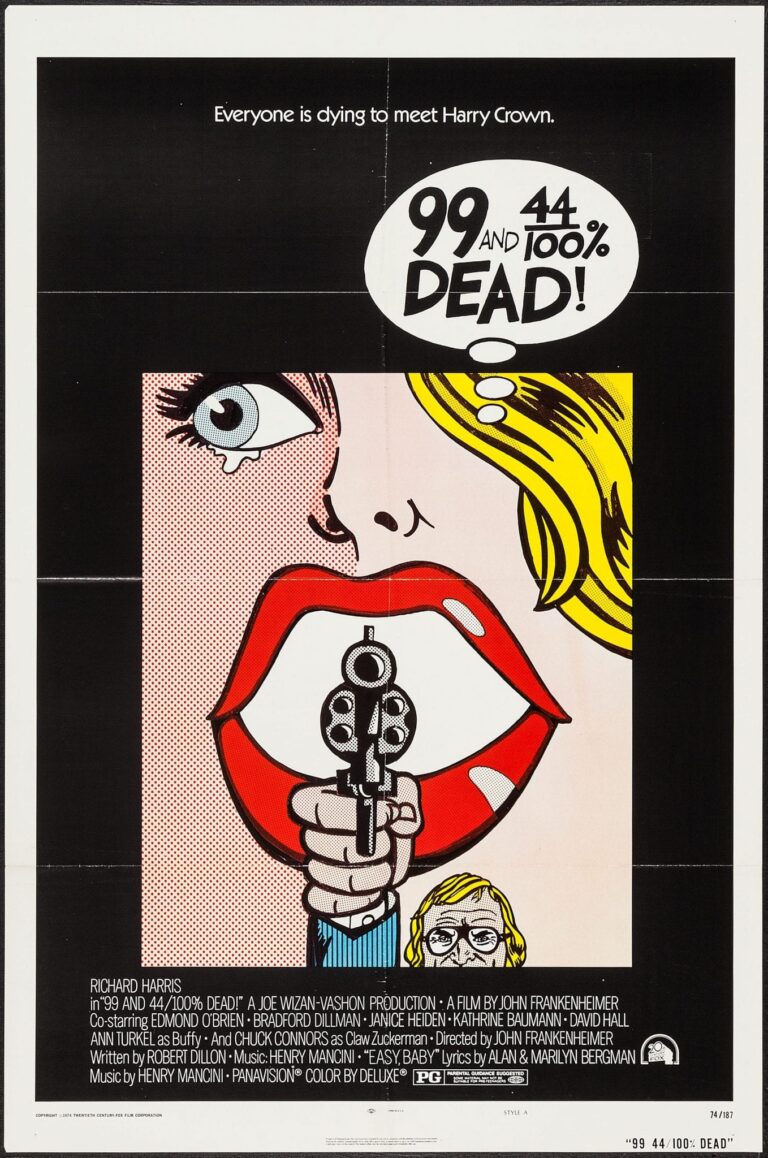