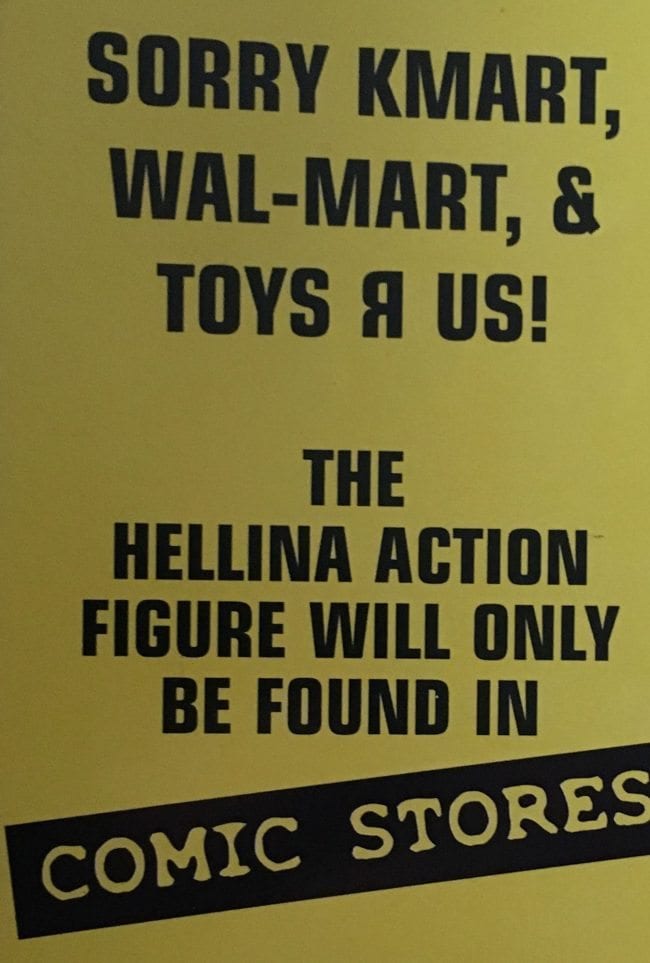 Time to do what comic book stores do best. 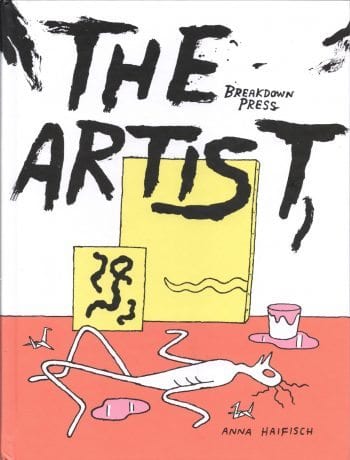 The Artist: Unless I've missed something -- and I never miss anything, I am always right about everything, forever -- this is the first product of the new distribution deal between the respected UK art comics publisher Breakdown Press and Seattle's own Fantagraphics, for the purposes of affording Breakdown's wares greater access to comic book stores. They're starting with a strong one - this 64-page collection of Vice.com webcomics by Anna Haifisch popped up on a number of Best of 2016 lists, presumably due to its alternately droll and surreal glimpses into the unglamorous process of being alive in the art-making scene, though often it's just stories of awkwardness and forced amusement that could occur among any group of young people. Very delicate and funny drawing; $19.99. 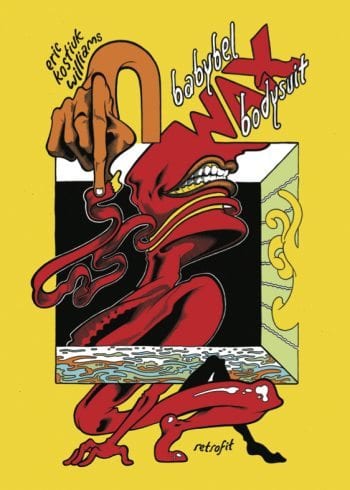 Babybel Wax Bodysuit: This Retrofit/Big Planet release from artist Eric Kostiuk Williams is also a collection of stories, albeit a good deal shorter at twenty 7.25" x 10.25" color pages. They look pretty interesting, though, coiling with decoration and insets and suggestive molten shapes. Topics include "self-worth, Internet culture, and the fascinating grotesqueries offered up by our science-fiction present," per the publisher.

American Barbarian: The Complete Series: Some of you will recall the 2012 AdHouse edition of this webcomic series by writer/artist Tom Scioli, one of several variations on his longstanding fascination with Kirbyesque aesthetics, although there's also an interest in toyetic, ultra-franchised characters that perhaps jumps out a little more following his work on Transformers vs. G.I. Joe. It is the publisher of that latter series, IDW, which now reissues American Barbarian as a 268-page, 6" x 9" softcover. Introduction by Rob Liefeld; $19.99.

Caravaggio Vol. 1: The Palette and the Sword: Your orthodox Eurocomics pick of the week sees Dark Horse once again dealing with writer/artist Milo Manara, but no longer through the omnibus format of (many) prior releases. Rather, this 64-page, 8" x 10" color hardcover matches the sole extant French volume of what is expected to be a series of albums on the adventures of the Italian master, save for what I understand to be a decrease in size from 9.4" x 12.6" compared to the Glénat edition. This is pretty much the 71-year old Manara's big mainline color comics project of the decade, so if you admire his craft you'll certainly want a look. Preview; $19.99.

Toppu GP: And moving along to manga, we now encounter the most recent project by Kōsuke Fujishima, creator of the inescapable 20th century love comedy fantasy Oh My Goddess! This one's a sports serial, specifically concerned with motorcycle racing - from the pages of the prominent seinen monthly Afternoon, although Kodansha has also made individual chapters available digitally in English as they happen via comiXology and the like; $12.99.

The Complete Phonogram: Being a 504-page monster hardcover in which we find the entirety of this music-as-magic genre fiction/personal metaphor project from creators Kieron Gillen & Jamie McKelvie, dating back to 2006, when Image was not nearly so popular a place to be; the series struggled financially, though I think you can still say it 'launched' the creators in terms of comic book visibility. Now the pair run The Wicked + The Divine, a similarly music-themed but considerably more prominent Image fantasy project, so it makes sense for this older material to be accessible in as uncomplicated a format as this; $49.99.

Aliens: The Original Comics Series Vol. 2: Decades ago, the Dark Horse Aliens series had a reputation as unusually high-quality movie tie-ins, due to their willingness to retain offbeat talents for original stories. Notably, this 224-page 8" x 12" hardcover collects 1989-90 issues with art from Denis Beauvais (at that time an artist for the Aircel series Warlock 5, and subsequently in large part an illustrator in the gaming field) and Sam Kieth (who, immediately before, had co-created The Sandman at DC, only to depart after a very brief run). Samples; $39.99.

Judge Dredd: The Cape & Cowl Crimes: This appears to be a new 160-page Dredd compilation put together for a North American audience, published by Simon & Schuster, which has done a few of these unique jobs before. Poking at the never-ending obsession with spandex in overseas comics, these 2000 AD stories from across a good span of time -- going back at least as far as '87, smack in the middle of the blood 'n thunder era heralded in no small part by the arrival of certain 2000 AD contributors on the superhero scene -- demonstrate their own enduring antipathy; $19.99.

Black Panther & The Crew #1 (&) All Time Comics: Bullwhip #1: Finally, we have a pair of new superhero comics with different aesthetic aims. The Crew is the newest spinoff of writer Ta-Nehisi Coates' popular run on the Lee & Kirby creation, with poet and academic Yona Harvey also writing, and genre veteran Butch Guice heads up the art. I would call this the 'prestige' end of straight-ahead contemporary corporate superhero comics. Bullwhip, meanwhile, is the latest from the Fantagraphics-published superhero line fronted by writer Josh Bayer, once again pairing young and old talents on the art - last issue's inker, Benjamin Marra, is now the penciller, with longtime Marvel hand Al Milgrom inking; $3.99 (each).

Today's front page image is a detail from the "NUDE" variant cover to Hellina: Kiss of Death #1, a July 1995 release from Lightning Comics, pioneers of the nude variant cover and originating publisher of Hellina, so named because the title character is from Hell. 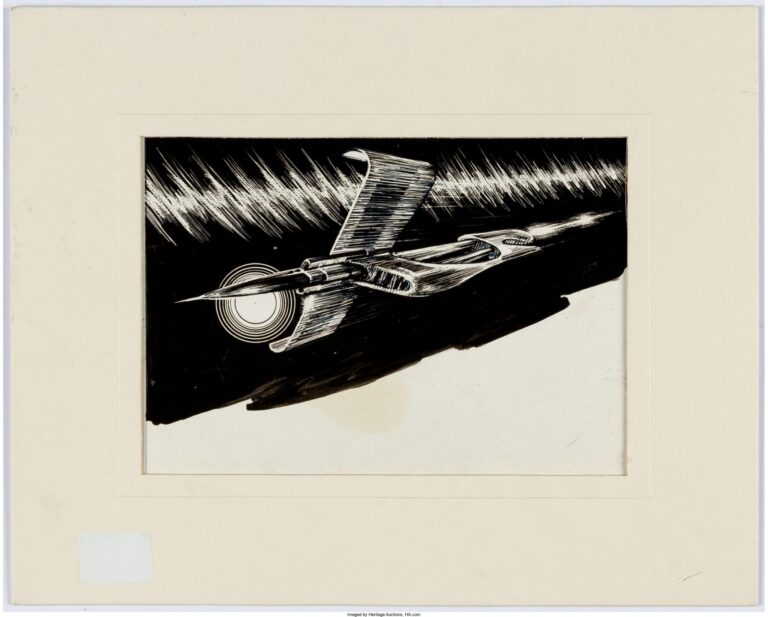 What will it take. 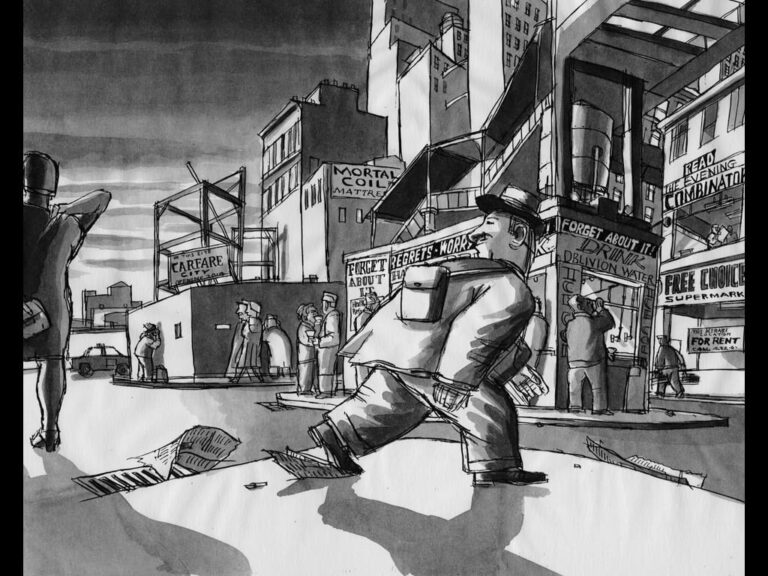