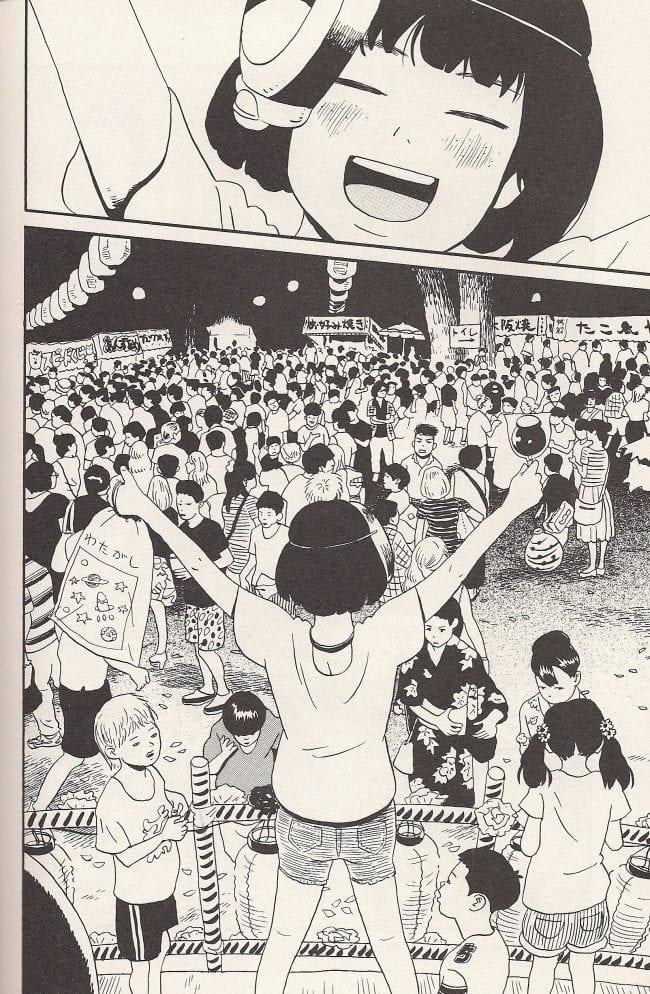 Above we see "Me & My Brother - One Summer", a new comic by Keigo Shinzō, who came to semi-prominence among English-dominant manga deep-divers a few years ago when a roundtable interview surfaced in which he played the role of "wait, who?" to Taiyō Matsumoto and Inio Asano; his mere proximity to such hugely popular artists stoked some interest, which was only amplified in my case after I got hold of a special all-Gojira edition of the mainline seinen magazine Big Comic Original in the runup to the 2014 Gareth Edwards film. The standout contribution (NSFW!) to that anthology was Shinzō's, depicting an amorous young couple banging away with explicit enthusiasm while the town gets flattened around them - definitely the hottest Godzilla has been since his nuclear-grade tension with Dum Dum Dugan.

Anyway, it seems Shinzō (credited as "Keigo Sinzo", which conflicts with some other official versions of his name) has now made his English debut, but not in anything published in the west. USCA English Edition Vol. 1 was debuted by DIORAMABOOKS last October at the Tokyo International Comic Festival; it's a variation (via translators Hana Ikeda & Stuart Walter Kuentzel) on the publisher's Japanese-language USCA, a rather new indie manga anthology comprised of self-contained short stories. You can buy a copy stateside here; a friend very generously mailed me the one I'm using now. Keep an eye out - S[h]inzō's piece is a sweet little vignette about hazy angst and drunken abandon on a long summer's day, but the 14 other contributors range from indie musicians to webcomics people to moonlighting mainline magazine pros to one guy who claims to draw everything on the commute to and from his day job. I'll write more about this in the future... manga is a big scene, but Japanese small-press comics remain associated primarily with fanfiction; that's certainly not everything out there. 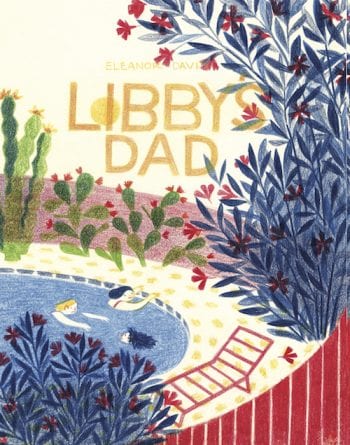 Libby's Dad: A very slim week from my perspective, but that affords you certain opportunities. For instance, you could catch up with possibly the most acclaimed short-form comic book of 2016 not to have yet seen release via Diamond-serviced shops. I refer to this 40-page latest from Eleanor Davis, she of five separate appearances on this site's Best of compendium last week, depicting a world of young girls adjacent to the adult realm of domestic strife, something both curiosity-stoking and terrifying at once. A 7" x 8.5" Retrofit/Big Planet release in full color; $8.00. 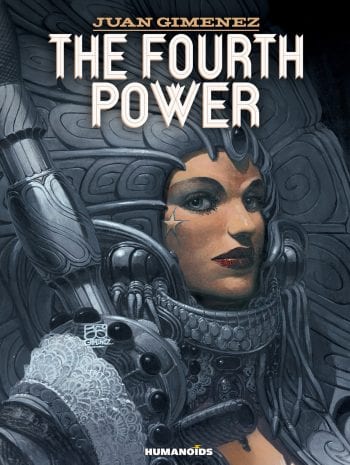 The Fourth Power: The Argentine-born artist Juan Giménez is probably best known as a collaborator of Alejandro Jodorowsky on the generation-spanning SF action serial The Metabarons, but he's done a good deal of solo genre work as well, most extensively on this 1989-2008 space war project (which, truth be told, was a 1989 one-off expanded to a series circa '04). Actually one of the earliest titles selected for translation by the nascent Humanoids waaay back in 2000 -- its sexed-up and explosion-prone blend of ESPer licks and broad media-political satire fits tidily with Heavy Metal-fed expectations for BD -- but never collected in its entirety until now. I recall Giménez coming off a bit like Masamune Shirow with his convoluted whirl of technical detail amid restless plotting, though his art remains disarmingly fleet and cartoon-y under its lacquer of paint. A 256-page, 9.4" x 12.6" hardcover; $39.95.

Octavia Butler's Kindred: The late Butler is highly respected as one of the literarily prominent SF/fantasy prose authors of the second half of the 20th century; a MacArthur Fellow, her works frequently traveled beyond simple genre categorization, as was the case with her 1979 novel Kindred, a time-travel scenario concerning the lasting pain of the U.S.'s slave-holding past. This 240-page hardcover comics adaptation comes from writer Damian Duffy and artist John Jennings, notably paired before in the assembly of a 2010 anthology, Black Comix: African American Independent Comics, Art and Culture. Your bookstore-focused release of the week, from Abrams; $24.95.

Beowulf: You may recall Spanish artist David Rubín from a pair of spinoff books related to Paul Pope's Battling Boy project a few years back. Around the same time (2013), Astiberri Ediciones released this collaboration with writer Santiago García, a very lush and striking rendition of the epic poem. An English edition was announced two and a half years ago without publisher placement, so know that Image is formally handling this 200-page, 8.7" x 12.3" hardcover. By omission and implication I am under the impression that García himself translates, though I can't seem to find specific confirmation. Samples; $29.99.

(Re) Assignment #1 (of 3): This new comic book series is also a supplemental Eurocomics... highlight(?), reuniting writer Alexis "Mats" Nolent and artist Jean-François "Jef" Martinez, who've been seen in English quite a few times now. This is the duo's second album made from a scenario by the filmmaker Walter Hill, a 2016 crime thriller about a contract killer subjected to forced gender reassignment - a much-derided movie of the same title was also released last year, starring Michelle Rodriguez and Sigourney Weaver. I'm mentioning it here largely out of fascination that there even *is* an official comics adaptation of this film. Titan has broken the French original up for its translation; $5.99.

What Did You Eat Yesterday? Vol. 11: Freezing dead-of-January manga pick - this warm and lovely cooking comic from Fumi Yoshinaga, following the lives and meals of a gay couple. Vertical is now more-or-less up to date with the Japanese ongoing; a 12th volume was released at home back in October, but Yoshinaga only releases between one and two volumes per year (it's an irregular feature in a weekly magazine) so I'd expect some distance between this and the next one; $12.95.

The Million Year Picnic and Other Stories: Finally, from among the week's various reprint compilations, I give you the latest in Fantagraphics' hardcover line of uncolored, artist-focused EC reprints - 216 pages dedicated to the great Will Elder and his extraordinary versatility. Indeed, the 1953 title story was created in collaboration with John Severin, adapting Ray Bradbury, though be aware that the heart of this tome is Elder's complete works for Panic, editor Al Feldstein's variation on Harvey Kurtzman's Mad. A 7.25" x 10.25" release, with various text supplements; $29.99. 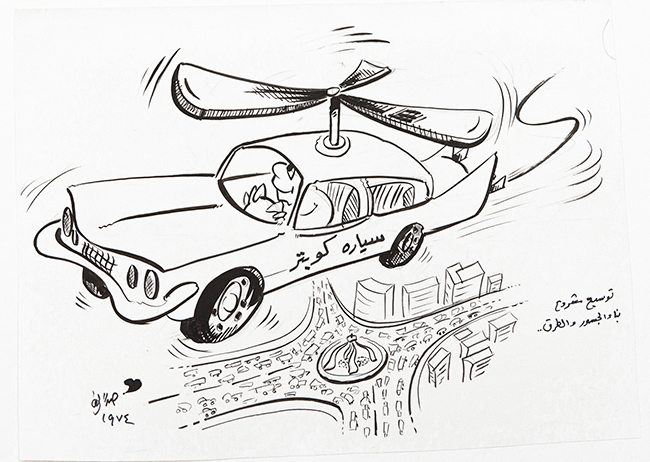 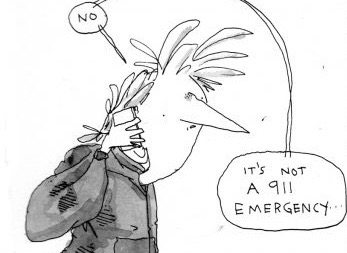