Today at the Journal, we've got a look at Nobrow's latest volume of Geis, by Alexis Deacon. It'll be out in December--keep an eye out for an upcoming review. Like many of you, The Comics Journal will be taking Thursday and Friday off because we're still legally allowed to do so. On with the news!

News. Sheila Barry, the publisher of Groundwood Books died of cancer last week. Groundwood is a Canadian publisher of exceptional children's books, as well as the award winning graphic novel work by Isabelle Arsenault--Jane, the Fox and Me is the one everybody knows (rightfully so, as it was selected as a New York Times Best Illustrated Book), but for my money, you can't do much better than Louis Undercover, a tremendous and affecting story about two young children grappling with their estranged father's alcoholism. I had the honor of sitting alongside Sheila on an ALA panel last year, and found her to be an inspiring advocate for graphic novels, illustration, and the artists who create them. Her passing is an irreplaceable loss. 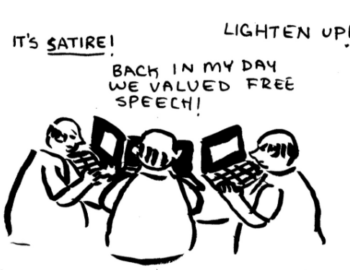 Over at Hyperallergic, Jessica Campbell delivered a somewhat scattered (by design, I'd argue) comic about how she is responding to the daily revelations of sexual harassment and assault by men in power. It's a shotgun blast of emotion, but I'd bet that Campbell knows exactly what she is doing.

We haven't talked about most of the Mark Millar related news that has been released over the last month, but I found the news that Kick-Ass--which is probably the most successful comic book published by Icon, the creator-owned Marvel Comics imprint that was expressly designed to keep big name writers from abandoning Marvel entirely--will now be published by the very publisher that Icon existed to keep them away from: Image Comics. Thankfully, Marvel has already figured out how to win back fans and creators: by imitating Marvel movies. 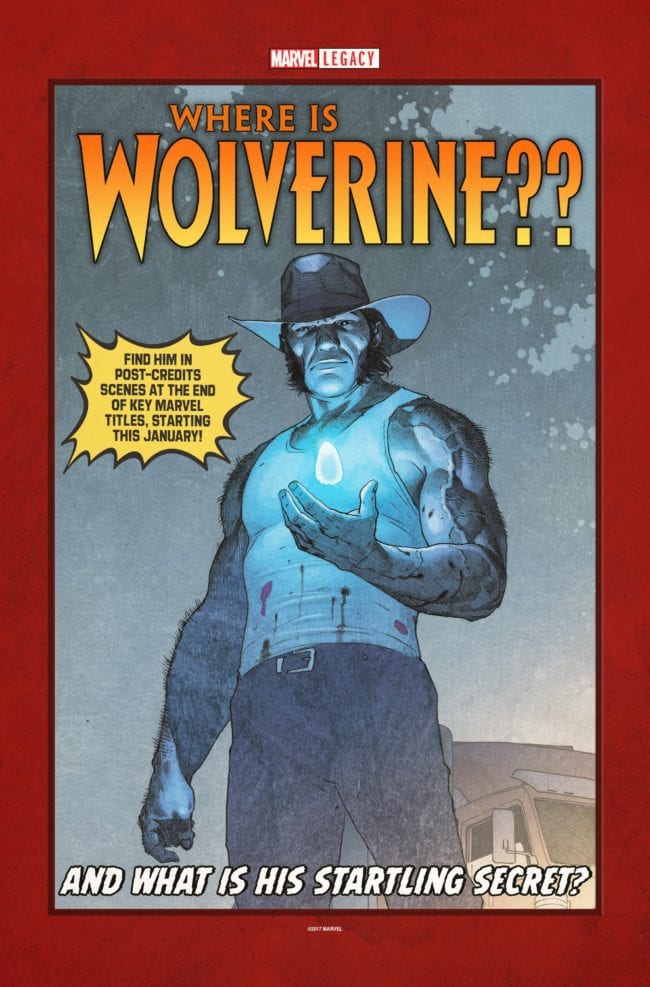 This interview with Conor Stechschulte gets in deep, which is the best kind of interview. It was published in the lead up to his show in Italy, which is--well. Do you have a show in Italy? I don't!

I was wondering when someone was going to realize that the comics community didn't have their own version of Marie Forleo, those vaguely benevolent parasites who help maintain the power structure of teacher/student in the fallow years of a freelance lifestyle, apparently Jessica Abel was too, as she has taken on the role. Here's her take on how to fix your life, an interview done in part to promote a book of the same name.

If you clicked on the Mutha link above, hopefully you stayed there to catch up with this Gene Yang interview where he gets into his Reading Without Walls program. It's a worthy enterprise, and as Yang is someone who gets shit done, over and over again, it's always nice to get on board a success early.

The New York Times recommended eleven books this week, one of them the latest children's graphic novel by Argentinian super-star Liniers, another being the newest Jack Reacher novel by Lee Child. As the father of a small child and an avid fan of Reacher, I'm a fan of this list; as a fellow editor, I have no idea who else this list could possibly be for. Another list worth checking out is this NYPL one--there's a few graphic novels on there, but there should be more.

NPR on Body Music. I like to watch generalist publications grapple with books they clearly don't like, but want to find a way to praise nonetheless.

This isn't comics, but one of my favorite series on the internet is the ongoing "Movie Poster of the Week" column at Mubi. The latest installment takes a look at the way artists from around the world responded to Dreyer's classic Passion of Joan of Arc. It's such a simple, basic fascination--they had to interpret the movie or the idea of the movie, with an eye towards compelling an audience in their native lands to go see the movie. A problem, an art object and an audience--here's a list of the various solutions different artists came up with. Uniformity of design for ease of worldwide consumption is boring, stupid and yet may be unavoidable: but at least we can still look back and see individual vision in the recent past. 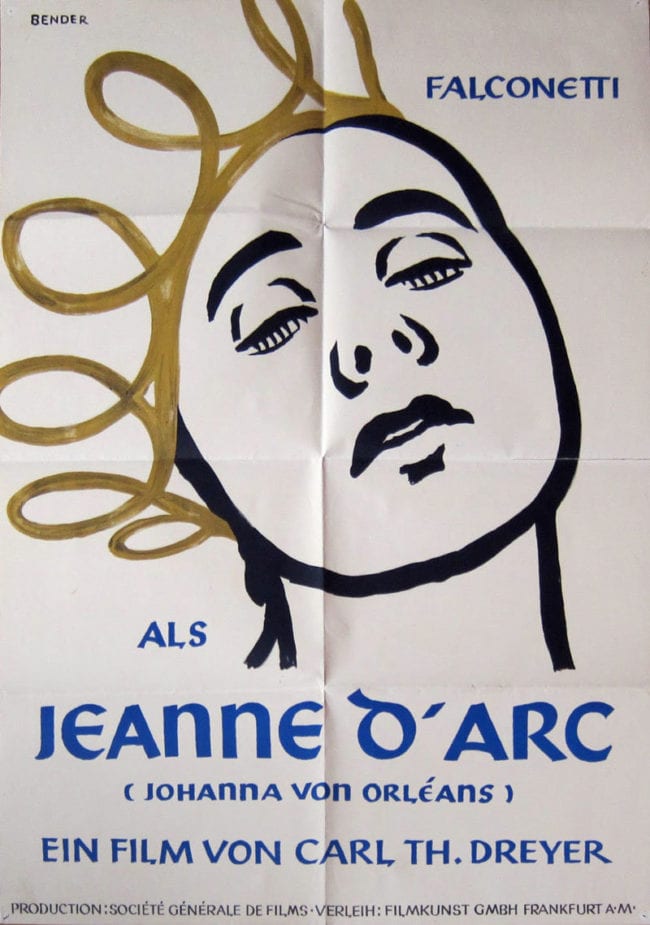 Have a great holiday! 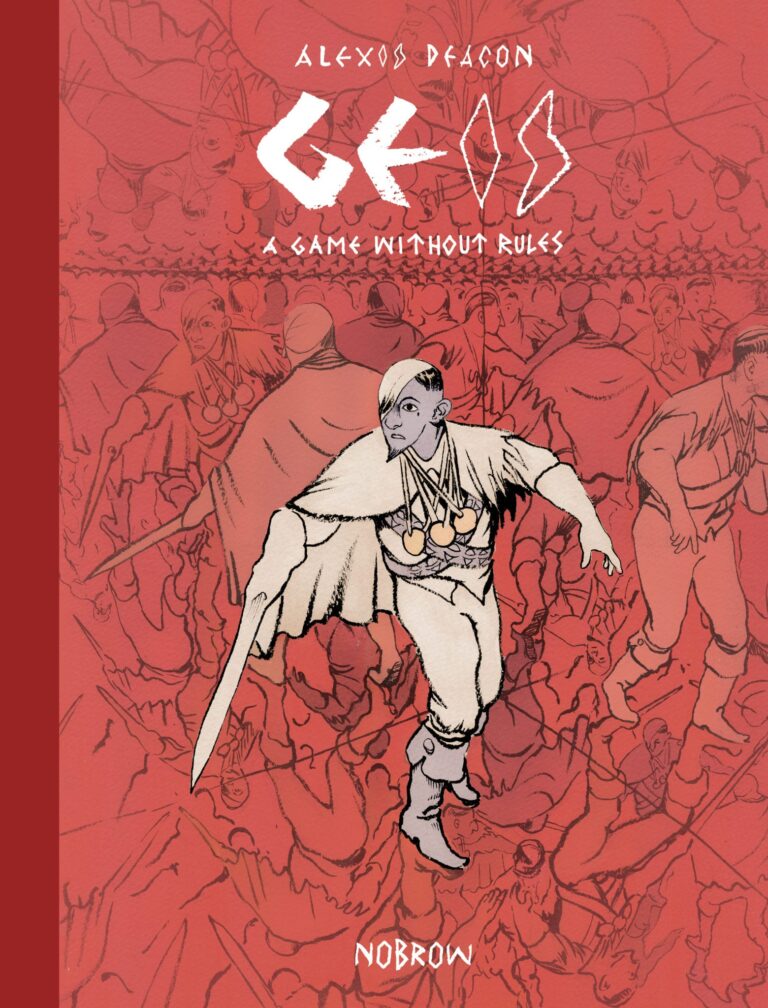 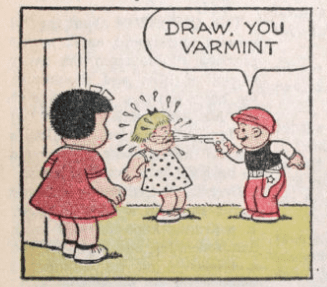 Appendix 2: Further Contexts [An Excerpt from How to Read Nancy]