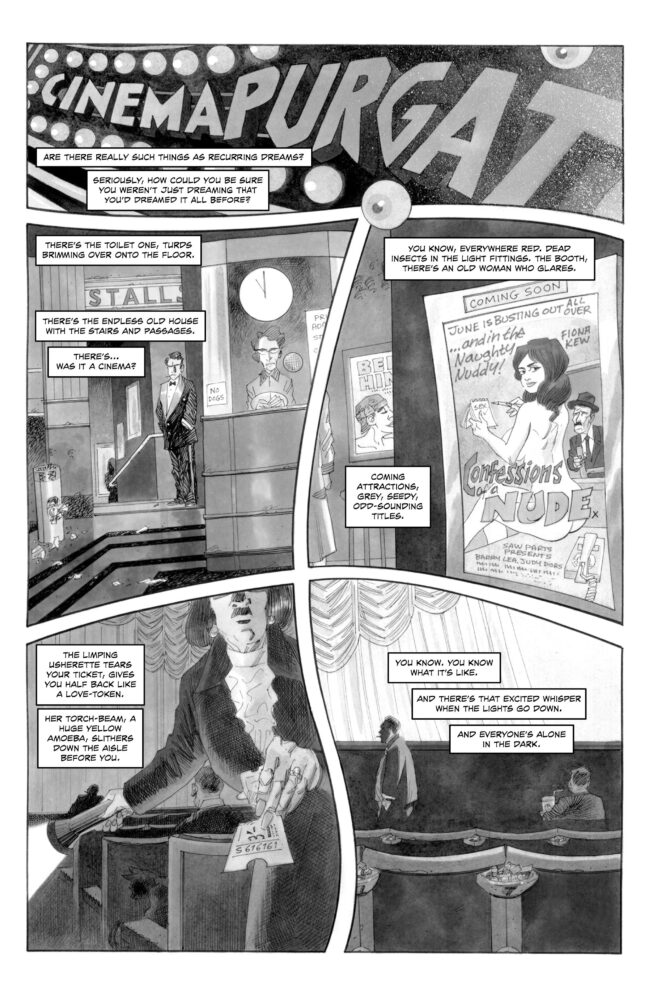 Alan Moore and Kevin O’Neill bid adieu to the world of comics with their 2019 work League of Extraordinary Gentlemen: The Tempest. It was a resplendent, if overtly-done, piece of comics-making. Yours truly commented humbly upon it here, with many others (such as Abhay Khosla) throwing their hat into the ring. This made sense. This was the final work of one the best and most important writers this side of the industry and of one of its most stylistic artists. It was also a work ready-made to be commented upon.

Granted, many of Moore’s works since he’s gotten big can feel like they’re often aimed at scholars rather than the lay reader. It's a trend that has only gotten stronger as we’ve entered the 21st century and he stopped being dependent upon, or caring for, the opinions of 'the industry.' The Tempest really felt like it went all-out, artistically. It asked for much of readers, giving possibly too much back. I am reminded of Ezra Pound commenting on Finnegans Wake: "Nothing so far as I can make out, nothing short of divine vision or a new cure for the clap can possibly be worth all that circumambient peripherization." Granted, Finnegans Wake didn’t have Kevin O’Neill playing with 3D visuals while portraying the apocalypse, so I think The Tempest has a leg-up in the ‘divine vision’ race.

However, League of Extraordinary Gentlemen: the Tempest isn’t really the last comics work by Moore and O’Neill. In terms of publication there's another project from that particular duo: the serial Cinema Purgatorio, published in seventeen chapters of its self-titled anthology. Cinema Purgatorio, (the story by Moore and O'Neill rather than the anthology as a whole), ended only two months before the final issue of The Tempest. Yet the latter was the talk of the town while the former was barley whispered about in the village’s drinking-hole.

Moore and O’Neill overshadowed themselves: you can’t have two swan-songs at once. It’s also quite obvious why one wouldn’t be in a rush to view Cinema Purgatorio as some end-of-era / götterdämmerung creation. In terms of construction and purpose it feels the slighter work; it’s obscure (The Tempest had 20 years of publication history and a terrible motion-picture to carry it along); it's divided in an anthology. Also? Cinema Purgatorio was published by Avatar Press.

A note on Avatar Press: originally home for the connoisseurs of mid 1990’s ‘Bad Girl’ art, the kind of stuff even Zenoscope readers would look down upon, Avatar later developed a new reputation in the 2000’s, for connoisseurs of a different kind of content: The gory, bloody, boy-what-kind-of-psycho-the-next-person-over-on-the-bus-would-think-you-are horror type (the sexy books were shifted over to a sub-company, Boundless Comics). Yet these were not your average boy-what-kind-of-psycho-the-next-person-over-on-the-bus-would-think-you-are, these were boy-what-kind-of-psycho-the-next-person-over-on-the-bus-would-think-you written by the likes of Garth Ennis and David Lapham--people your average Wednesday Warrior not only know of but actually have some affection for. Elevated Gorn, if you will.

Avatar was a place where these respected creators could let their id lead. A new niche was established, into which came one: Alan Moore. An unexpected turn for sure! What begin with a series of adaptations of some old non-comics text (y’know, like Dark Horse’s semi-monthly “Neil Gaiman’s Shopping List, adapted to comics” graphic novels) quickly became a place for actual comics work. From I understand it was a matter of much needed cash-flow that gave us the first proper Alan Moore comic-book from Avatar Press. Neonomicon, drawn by Jacen Burrows. From this, artistically compromised situation came a whole series of fascinating works, including Providence – which might be one of the best comics of decade (while being occasionally impenetrable without a Lovecraft scholar standing next to you). Alan Moore, legend of the medium, finishing his career with a series of horror tales for a niche publisher known mostly for spamming the market with alternative covers is certainly an unexpected twist. Is there a Crossed version of the Crypt Keeper? If not, there should be.

Which brings us to the main subject of the article. Cinema Purgatorio is a series of shorts following an unnamed female viewer, fleeing from home and seeking escape. Every chapter begins with her entering a screening and ends with a comment on the distasteful nature of what she just saw. In the middle we see things that are versions of familiar films or archetypes. From Keystone Cops through King Kong and unto The Marx Brothers’ oeuvre. However, all the films are twisted and wrong. The cops in chapter 1 engage not in comedic hijinks but in a bloody shootout that leaves dozens dead;  in chapter 8 a pair of old cartoon characters stop to discuss their old age and difficulties in getting work in this new age.

It it’s hard to describe just how…. ‘charming’ is not the right word, but ‘appealing’ might be. Cinema Purgatorio is also just fun to look at. Kevin O’Neill has always been an artist with a twisted humorous streak to him, who just as often found himself drawing epic adventures: a Viz artist that somehow stumbled his way into 2000AD. Cinema Purgatorio feels as though it’s playing into his strengths more than anything else since Marshall Law – it’s all jagged edges and overselling the moment. Gross out humor, wild facial expressions, bug eyed people stare into the everlasting horror of their being while the reader guffaws. It’s cartoon art in the best sense of the word. It is not a chameleon work, O’Neill is always recognizably O’Neill, no matter if he's aping 1930s stop-motion or 1940s melodrama, but it’s not meant to be. 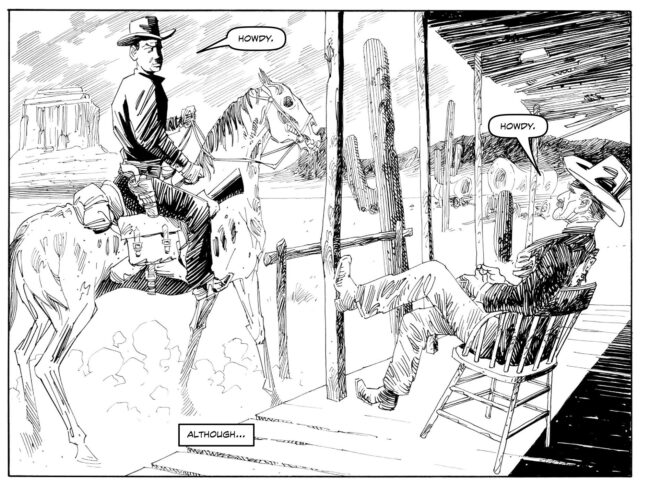 Check out the introduction to the Western pastiche from chapter 7. The large panel is bold, nearly classical in its introduction of all things one would expect in a straightforward cowboy tale. It’s only after a while, looking beyond the initial composition, that one notices the wrongness of it all – the horse’s face is melting, the sitting man’s rib-cage is exposed. As the tale advances this sense of wrongness quickly moves from subtext to text. You can see something similar in chapter 2, in which a scene taking place in ye-old-Rome is undercut as the two speakers realize that world around them is fake, made of cardboard scenery, and that they themselves are also part of the falseness. The art offers a kind interplay of comedy and existential horror that makes Cinema Purgatorio worth a read on its own. 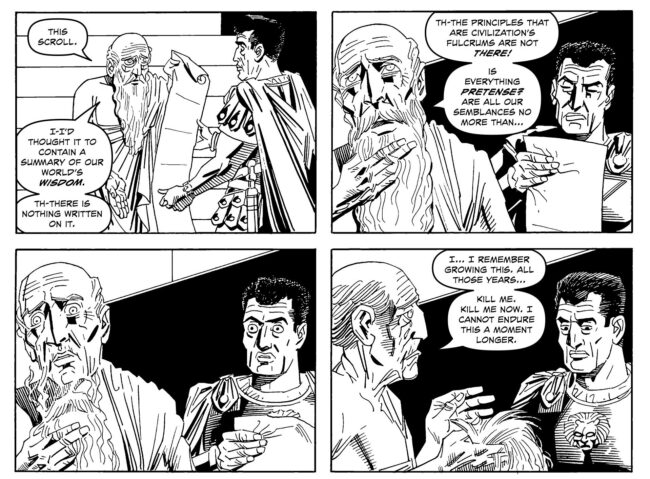 Intertextuality was always an issue for Moore. Certainly, it’s one of the elements of his writing that has become more pronounced throughout the years, as he defined his style and accumulated more works in his catalog. At times Cinema Purgatorio appears to be using the film industry as another chance for Moore to take farther swipes at the comics industry (not that these swipes are undeserving). What else can one make of the chapter 4 in which King Kong speaks in the voice of his creator, Willis O’Brian, mentioning his distaste at how the rich owners of the studio wanted to denigrate his precious art: “Same year studio wanted a sequel; a ‘son of’. It cheapened the original”? (All of this in the year of our lord Doomsday Clock.) Consider also the following sentence from chapter 8, spoken in the voice of an old cartoon character, on the brink of retirement - “I remember a dinner in McCay’s house. He said he’d seen animation as an art. And we’d made it into a trade.”

In Chapter 3 (“The Flame or Remorse”) the titular serial hero seemingly has power over time, whenever he appears to die or fail in his task he gets a do-over allowing him to win over his baffled gangster opponents. In this superhero-adjacent experience, both in terms of genre and serialization, nothing really matters. The Flame of Remorse dies… and in the next scene it is revealed it actually wasn’t him (to quote Misery – “he didn’t get out of the cockadoodie car!”). Time is a recurring theme throughout the whole series. The movies are a mélange of periods mashed together. The fashions of the people in the cinema seem to shift with each chapter and the protagonist always appear to wake up into the screening, as if the time before she entered the cinema didn’t matter. Everything exists in flux. It doesn’t a genius to read into the name and realize we’ve got a bit of The Third Policeman situation going around; once you understand this the ending of the strip becomes obvious.

Is Alan Moore once again settling scores with the industry that both defined and ruined his life? Is The Flame of Remorse the notion that as long as he was working in comics he couldn’t be let out of the shadow of his own creations? And when the terrified gangsters speak about being hounded by that thing in their past that wouldn’t let them go why am I thinking about A Small Killing? And at this point I realize the problem isn’t the work; it’s me.

Here I am, in front of this dedicated, fascinating, funny and (in many ways) educational series and all I can think about is intertextuality. Seeking the digs at Grant Morrison and wondering if the bearded madman portrayal of Howard Hughes reminds me a bit too much of Alan Moore himself. This kind of exercise can often be a time waster. A replacement for a deeper engagement with the work (mea culpa by the way). Doing it while reading a finishing work by two grand masters is the definition of not seeing the forest for the trees. You can also read the book on its own terms and just see two utter greatest playing their game, heaving a ball, no limits allowed.

The League of Extraordinary Gentlemen books could often feel as if you were about to be quizzed at the end, and only Jess Nevins could get a passing grade. Here the winks are of the self-sabotaging kind. Yes, it’s more slight than The Tempest; but only insofar as Dubliners is more slight than Finnigans Wake (“riverrun, past Eve and Adam's, from swerve of shore to bend of bay, brings us by a commodius vicus of recirculation back to Howth Castle and Environs”). 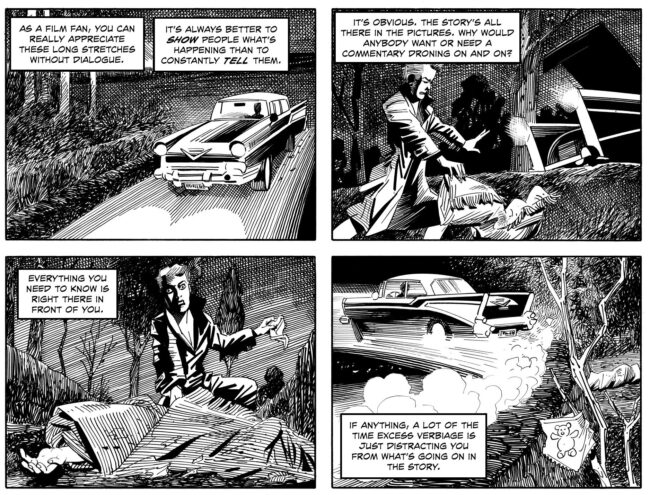 Possibly, it doesn’t really matter what Cinema Purgatorio all about. Again and again we see creators being used and abused. Squeezed for all their worth only to be forgotten about the next moment. Not that these creators are blameless saints as a whole, but it’s the industry that gets the biggest kick of them all. It’s possible that Moore isn’t doing a commentary on the movie business, or on the comics business. Rather, it’s about all types of business. The human condition under capitalism is business. Until we transcend it we are just going to see different facets of the same horrible thing. While making sure we understand the rotten core of comics with one hand (The Tempest) the same creative team was also working on the idea that the grass is just as gross on the other side (Cinema Purgatorio). Eventually, all words falter. This is (a) final work from Alan Moore and Kevin O’Neill. It got its faults, they all do. In light of this being their last will and testament, in comics form at least, it’s hard for me to complain. 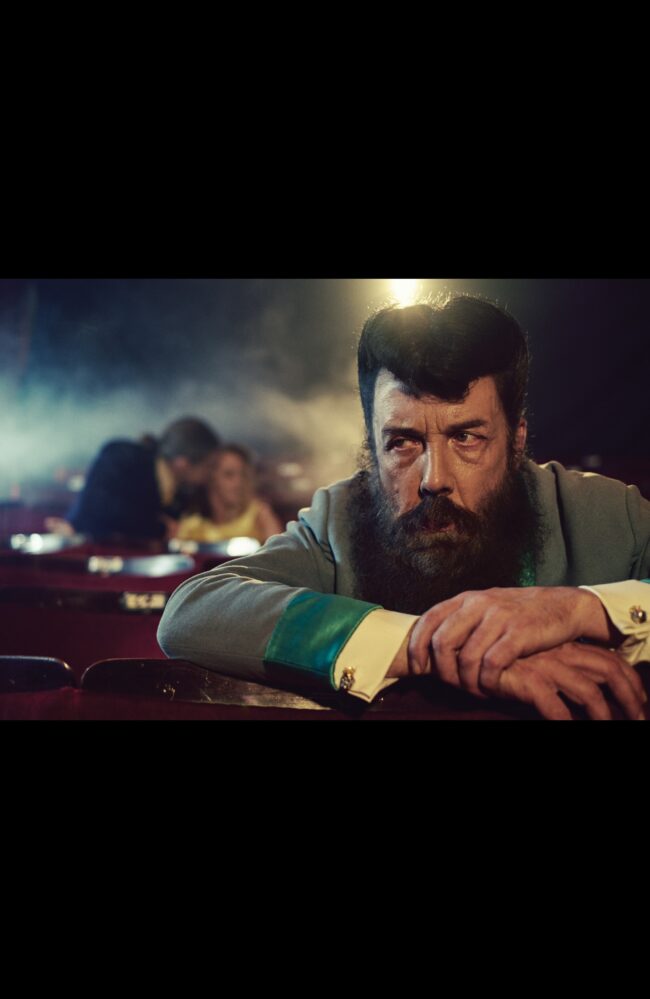 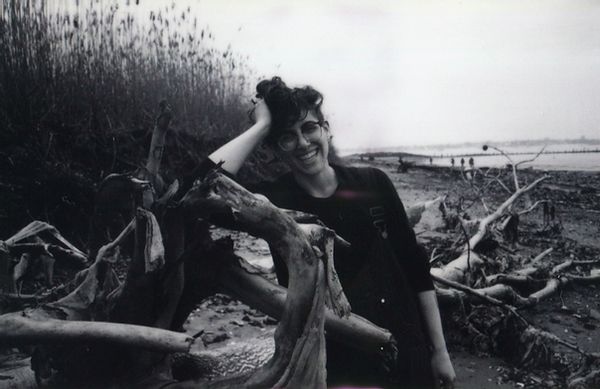 “I Joke That For An Extreme Over-sharer, People Don’t Know Anything About Me Or My Life.”: An Interview with JB Brager 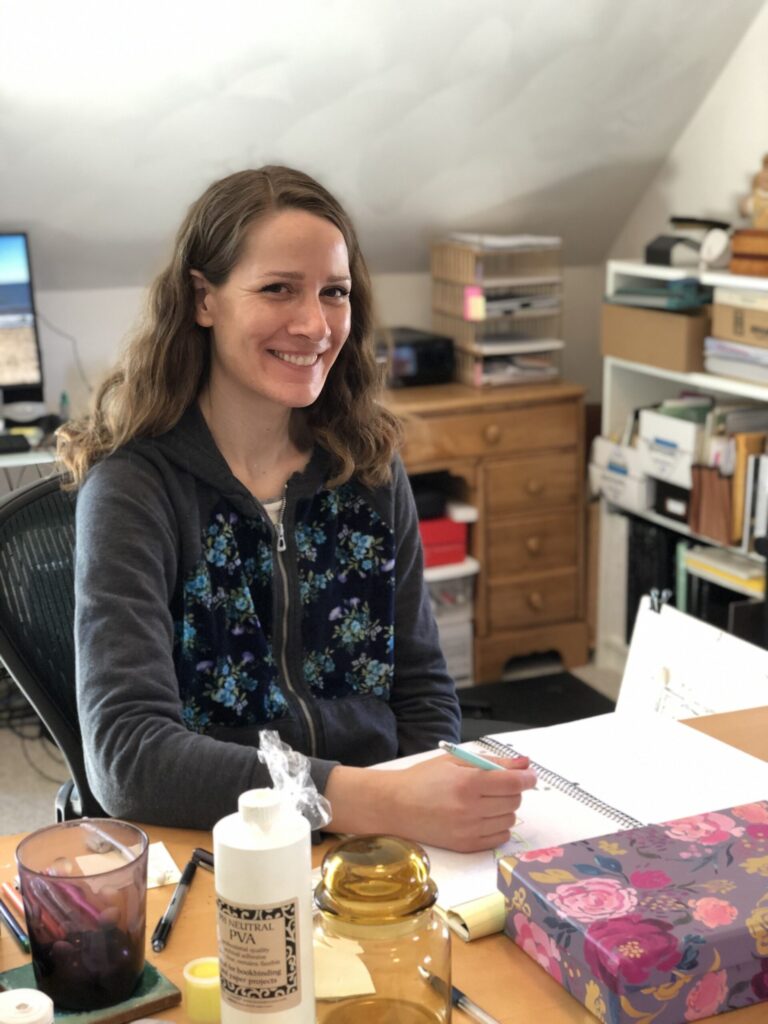