SOBEL: Besides covers, was this your first full color story?

ELLSWORTH: The very first comics I made before Capacity were color. When I was first trying to sit down and draw comics seriously I did these 11x17 sized pages, because I heard that was the size comics artists used. So I did these full color pencil short pieces, one that was nine pages and another that was eight pages. But then I realized how expensive it was to print it myself…

ELLSWORTH: Yeah. The first and only time I’ve ever been to the Comicon in San Diego, was after having just drawn that first comic and it cost me like $30 to make one copy.

ELLSWORTH: So I took the copy with me and I showed it to someone at Fantagraphics and they were like, ‘Can I hold on to this?’ and I was like, ‘but it cost me $30!’ <laughs> So then I decided to try drawing in black-and-white so I could actually have more than one copy.

INSERT SOME OF YOU SHALL NOT REMAIN HUMAN.JPG

SOBEL: Do you do all of your coloring with colored pencils?

ELLSWORTH: I use a lot of different stuff, but for the bulk of The Understanding Monster, I used copic markers. They’re pretty expensive because they’re really fancy art markers with brush tips that you can refill with ink. It’s almost like coloring with…not quite watercolors, but… I do all the blacks with a rapidograph, which use a really nice waterproof ink. There’s something about the way the copic markers go right over the black lines; it maintains its blackness really nice. I love using those. But there’s some colored pencils and various other types of crazy things I used throughout that story, too.

SOBEL: How big are the original pages for The Understanding Monster?

ELLSWORTH: The Understanding Monster is all 11 x 14, which to me was drawing uncomfortably large.

ELLSWORTH: Yeah. All of Capacity was drawn really small, and Sleeper Car was drawn actual size.

ELLSWORTH: I was talking to him at a convention telling him that I was now working uncomfortably large, and I told him what size I work with and he said, ‘Oh, that’s the size I’ve always used.’ But I feel like a lot of people work larger with comics.

ELLSWORTH: I just tend to get so engrossed in the detail that it’s usually better to draw small. But even when I draw large, I’ll still draw the same size. Whenever I’ve drawn larger pieces, I’ll still end up drawing tiny buildings all over it. I lose track of time focusing on a square inch of paper, so pulling back and working on an 11 x 14 page seemed huge at the time I did Sleeper Car. Now it seems just right, but it took some getting used to. 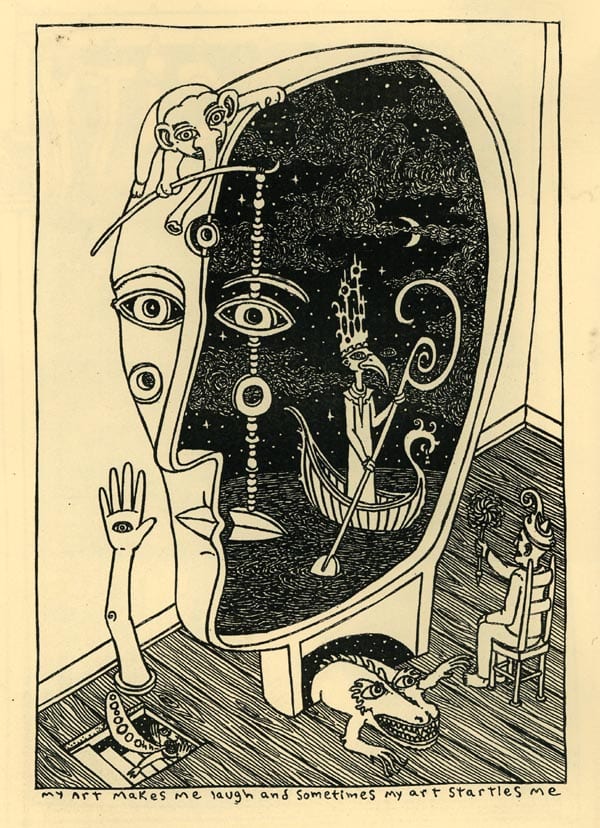 SOBEL: I get the sense looking at a lot of your drawings, especially the collages and so forth, that it’s a very organic process compared to how most comics are traditionally created, with thumbnails, pencil layouts, inking, lettering, coloring, etc. Your art feels much more organic.

ELLSWORTH: Yeah, it definitely is. A lot of different people I talk to, different cartoonists, their comics are made by planning out what they’re going to do and then doing it. There’s a story first and then they define the characters and write it all down. But for me, the actual drawing is where I figure all that out. I feel like the way I do things is probably the polar opposite from what would actually be considered a good idea. <laughs> I’m definitely flying by the seat of my pants figuring that every mark I make is for a reason, and even if I don’t understand it, it’s going to  become clear through the creation process. But that’s how I have to do things. That’s what makes it exciting and surprising. I’ve tried to plan out a story page-by-page but usually I realize that the way I planned it doesn’t actually work. And so many of my favorite details in my stories were things that just happened as I was drawing it. I wasn’t expecting it to take a particular tangent, but it just came out when I sat down and started working on it. So with The Understanding Monster, I just completely gave myself over to the process and let it build as I went. I just have to be ok with not totally knowing where it’s going to go.

SOBEL: Now that you have a son and you’re married, how has fatherhood and family life changed your creative process, and also your perceptions of imagination and thought?

ELLSWORTH: It’s definitely been incredibly inspiring. I finished a lot of The Understanding Monster with Griffin. While we were still living in Portland, my wife and I were basically each doing half days of work. She’s an acupuncturist so while she was at the clinic seeing patients, I’d be at home with Griffin. Then when she would come home, I would go upstairs to work. But I started doing these project times with Griffin where I would lay out all these different things for him to look at around him and then I would lay on the floor with him and work on comic pages. There was something about that mode of hanging out with him and drawing that I feel like was pretty incredible.

And just the whole experience of the first time I saw Griffin and getting to catch him when he was born, cutting the cord, holding him for the first time, it’s one of the most authentically cosmic experiences I’ve had. And the whole bizarre realization that that’s how humans get to this planet, and seeing him open up to the world around him, and the way he takes things in and reacts to things; I feel like all of that has been totally exploding in my art, too. Everything in my life ends up filtering through my art in some way or another, but over the last nine months, being a dad, I feel like I’ve done some of my best work. I also definitely feel more focused and driven about my direction, and more grounded knowing that I have this little person I’ve got to be this stable constant presence for.

It’s basically changed everything for the better. It’s also fun when I draw something…like I had the solo show at Giant Robot earlier in the year, and I was hanging out with Griffin a lot while I finished the pieces for that show and there was one specific woodcut character that I was working on that whenever I would hold it up to Griffin he would start laughing. There was something incredibly satisfying about creating a drawing that he would think was funny.

SOBEL: Thank you so much, Theo.

ELLSWORTH: Thank you. Oh, and you might find it humorous to hear that I’ve been sitting in a tree this whole time.

ELLSWORTH: Yeah. <laughs> When I first dialed the number, I was walking away from my new house and then I walked toward this park maybe six blocks away and it has this really crazy, bendy tree that’s leaning out over a pond. So I basically climbed up in that tree and have been walking around balanced on branches this whole time.

ELLSWORTH: Yeah, that would have been awkward. 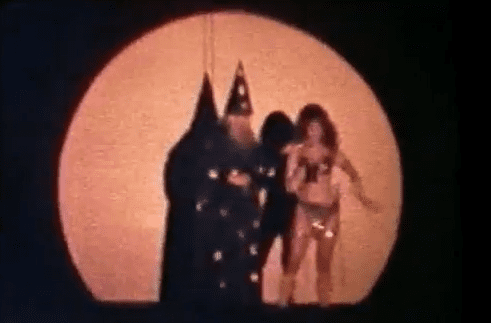 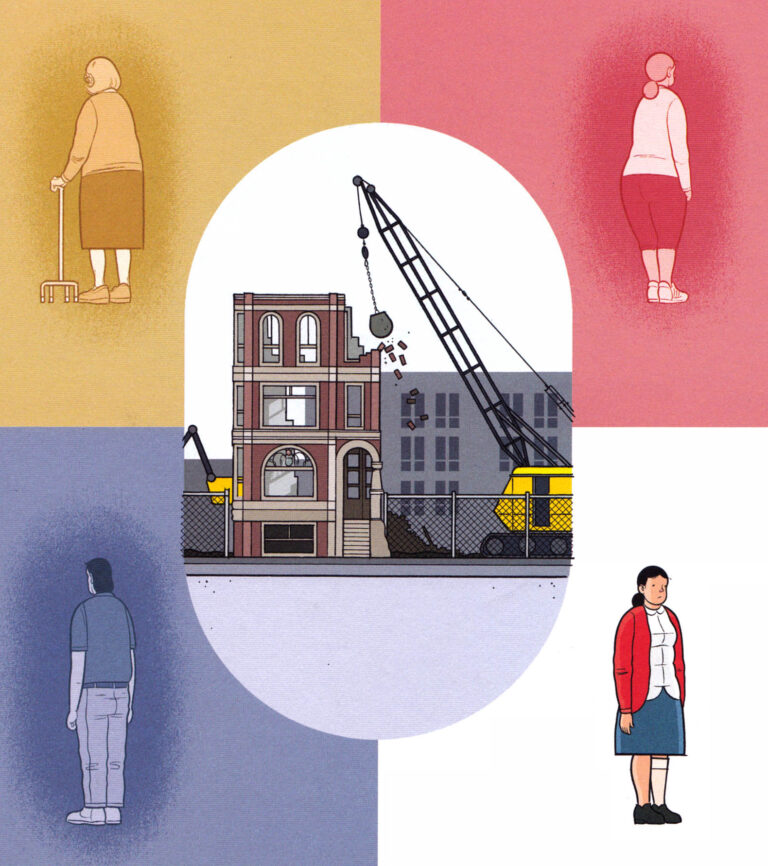 Building Memories: Mine, Hers, and Ours