I admit it: I have a little crush on Scandinavia. Or on its artistic output, at least. It just seems like artists from that part of the world (and their Nordic neighbors) have been churning out some interesting work these last few years — and I'm not talking about the Girl With the Dragon Tattoo thing. More like the haunting babydoll vocals of Lykke Li, or Jonsi's cuter-Radiohead aesthetic, or the supercreepy Swedish vampire girl from Let the Right One In. Drawn & Quarterly even has people talking about the Moomins again.

So I wasn't too surprised when I looked her up and found that Naomi Nowak — whose lush, green- and purple-bruised drawings I discovered a few years ago— lives in the eerie-pretty countryside outside Stockholm. So far the twentysomething Swedish artist has released three painterly graphic novels with NBM: Unholy Kinship (2006), House of Clay (2007), and Graylight (2009). The first one I read was House of Clay, and I was so taken with the imagery that I committed the childhood crime of CUTTING SOMETHING OUT OF A BOOK — a whole page, in fact, which I then hung on my wall. I'm rhapsodizing here but the colors are seriously gorgeous. 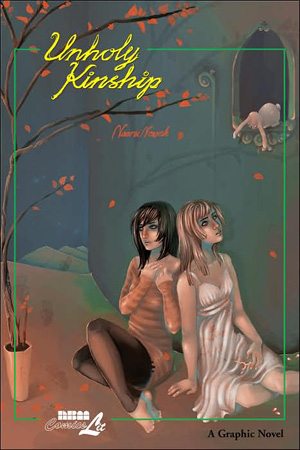 Nowak's comics are striking for a few reasons, actually, although the visuals are the salient detail. Imagine a fairytale told in the language of fashion magazines circa 1900 and you've got some idea. There are other elements too: A Western influence is evident in her elaborately-curlicued voice balloons and swirling Art Nouveau hair. But the stories themselves tend to progress on the page like manga, the blocks of images staggered, stacked and sometimes nonlinear. In Unholy Kinship in particular she uses the visual language of manga in other ways, giving her characters shining faces and effect lines to show their surprise or anger.

Layered over all of this is Nowak's hipsterish sense of style. Her characters pose and preen in stylishly blocky nerdglasses, cute boots, and blue or purple hair, looking for all the world like a lookbook for scene kids. It's almost too cute, but I for one find it charming.

But these aren't just drawings, they’re stories. To tell them Nowak uses English, which initially struck me as an odd choice. Though she has an ear for American turns of phrase, in general she uses dialogue sparingly and sometimes awkwardly, which can leave gaps in the plot. When the story drifts it's hard to tell whether it's a language issue or an intentional vagueness used to create a sense of mystery; I actually think it's a bit of both. 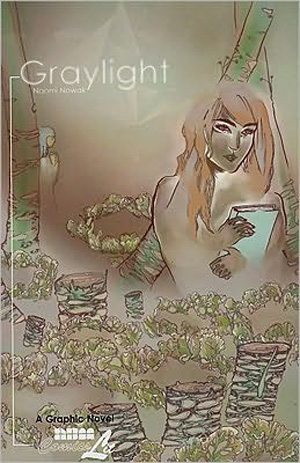 Take Graylight, which centers on a girl named Sasha who works as the caretaker of a hotel in the countryside. Out for a walk in the woods one day she meets a reporter and goes with him to the house of an old recluse, who lives in isolation with her son. Sasha steals a book from the woman's house, and from that point she seems to begin relationships with both guys in different ways. But swirls of memory and dreams cloud the issue, and another love story, that of the old woman's long-ago heartache, casts a shadow over everything. It can be hard to follow.

I reached Nowak through her tumblr, which she shares with artistic collaborator Maria Erikson; as Vinca Minor they curate shows in Stockholm. Nowak describes the tools she uses as "Pretty simple ones! Pen, pencil, paper or panel (mdf panels are my favorite), watercolors and acrylics." Digitally she colors with Photoshop and a Wacom tablet but avoids doing digital lineart because she prefers a more precise and organic look.

It turns out her first languages are Swedish and Hungarian, though she's spoken English since she was ten. But from the beginning she has written her comics in English because her original intent was to publish a web comic, and she wanted to reach as many readers as possible. That project never got off the ground, but she found herself "oddly enough continuing to write in a language which is not my mother tongue."

Would she ever consider writing in Swedish?

"I feel a bit removed from Swedish as a writing language because I read mostly in English," she says. "And I speak/write it a lot. And commit heinous language crimes in my daily speech by mixing the languages. I actually feel a bit bad about it sometimes." In her brief interview with me Nowak names European comics artists Didier Comes and Moebius as favorites. She also says she tends to be more interested in illustration than fine art. To that end she mentions the Russian illustrator Ivan Bilibin and fellow Swede John Bauer, both known for illustrating the folk tales of their countries at the turn of the twentieth century.

No surprise then that what she writes are fairytales too. (And of the two, it's Bauer's primordial-forests-in-pinks and-greys aesthetic that has had the most obvious influence on her work.) House of Clay, for instance, feels timeless. A young woman named Josephine arrives at a clothing factory by the sea, where the seamstresses live together in a boarding house. Upon arriving there she meets a mute girl named Edith, and on her day off she wanders into a fortune teller’s shop, a dreamy place filled with melty candles and tiger lillies in vases. She eventually discovers the reason that Edith can’t speak — she's under something like a spell, or at least the spell of a bad love affair — and in the end they run away together and save themselves from bad men and confining circumstances. Graylight uses fairytale conventions too: strangers in the woods, old ladies who live as recluses, and books as powerful objects. It's shrouded in an old-seeming Scandinavian spookiness — one character says the weird light of white summer nights makes time seem to pass differently, as if "anything could happen." 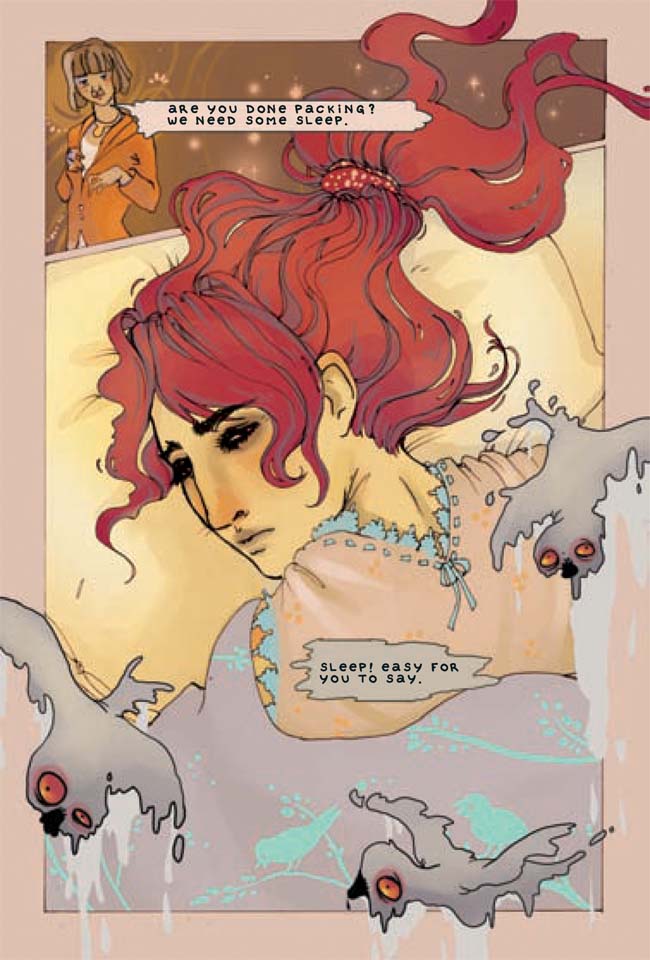 Nowak’s web comic may not have materialized, but she has used tumblr and livejournal to craft an appealing online persona, one that highlights her interest in both the old and the new. She posts songs she likes and photos of herself showing off thrift store get-ups, and a recent snapshot of her at an honest-to-goodness sea fortress — Patarei in Estonia — makes it seem like her actual life might be more like a fairytale than yours or mine.

But of course her blogs also serve as places to share work in progress. Sometimes she'll post an animated digital drawing — a landscape, say, with forks of lightning that flash and dance across the sky. Other times it's a photo of herself holding up a painted canvas. Recently she posted a "psychedelic"-colored drawing of a lamb to her livejournal, explaining to her readers that it was the first time she'd attempted to draw one since childhood and did so without a photo reference. She wrote: "It's a little bit like ... those lions drawn by medieval painters who had seen no lions, but perhaps a lot of dogs or grumpy old men so the lion comes out like to what they know. In the age of the internet I have no such beautiful excuse, but I'd like to point out that not everything has to be googled all the time, every time. It's a lamb. I'm sticking to it.” 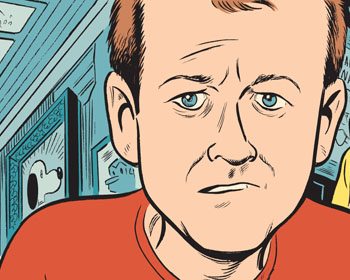 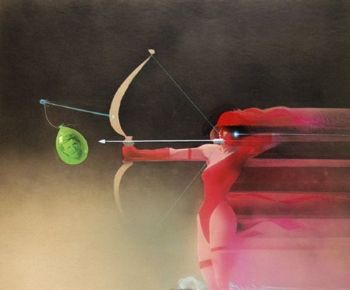 Another Day, Another Deluge