Controversy, Acclaim and the Great Trilogy

Though now a classic, the book did not initially meet universal acclaim. Publishers Weekly: “the illustrations are superb, but they may well prove frightening, accompanied as they are by a pointless and confusing story.” One librarian warned: “It is not a book to be left where a sensitive child may come upon it at twilight.” Most famously, child psychologist Bruno Bettelheim said of Wild Things: “The basic anxiety of the child is desertion. To be sent to bed alone is one desertion, and without food is the second desertion. The combination is the worst desertion that can threaten a child.” When it overcame such adversity to win the Caldecott Medal, Sendak addressed his critics, arguing that children such as Max play games in order to cope with “the fact of their vulnerability to fear, anger, hate, frustration — all the emotions that are an ordinary part of their lives. ... To master these forces, children turn to fantasy: that imagined world where disturbing emotional situations are solved to their satisfaction.” Max uses fantasy to purge himself of his anger because “it is through fantasy that children achieve catharsis. It is the best means they have for taming Wild Things.”[xiv]

In the Night Kitchen, the second book in Sendak’s great trilogy, was also controversial. In his dream, Mickey tumbles out of his pajamas and falls — naked — into the night kitchen. Some librarians objected to his nudity, and went so far as to paint a diaper on him. In a Rolling Stone interview a few years later, Sendak defended his art:

Librarians objected to In the Night Kitchen because the boy is nude. They told me you can’t have a penis in a book for children; it frightens them. Yet the parents take their children to museums where they see Roman statues with their dicks broken off. You’d think that would frighten them more. But “Art” is somehow desexualized in people’s minds. My God, that would make the great artists vomit.

In a nursery school courtyard in Switzerland, there was a statue of a nude boy running. It was anatomically correct except for the genitals, which were a bronze blur. The children were upset by this; their parents complained, and the genitals were carved in. In this country, it would be the other way round — we prefer the blur, the fig leaf, the diaper.

The third in Sendak’s great trilogy, Outside Over There (1981), avoided censure but did not shy away from difficult subjects. It responds to two traumatic childhood memories, one of which was his sister Natalie losing him at the 1939 World’s Fair, and the other the Lindbergh baby, who (after two months of investigation and an attendant media circus) was found dead, accidentally killed during the kidnapping. While the kidnapper was carrying the baby out of the second-story window, the ladder broke; the 20-month-old child fell, and died of a fractured skull. Sendak recalls seeing, when he was nearly 4 years old, a front-page photo of the corpse, and thinking: “If the rich, Gentile baby doesn’t make it, then how am I going to fare?” Transforming these fears through Mozart (Sendak was designing sets for The Magic Flute at the time) and early German Romantic painters, Sendak has his stand-in (an unnamed baby girl) kidnapped by goblins. Armed only with a “wonder horn,” Ida travels into “outside over there,” defeats the goblins with her music, and rescues her younger sister. They return home to mother, but the ending is darker. As playwright Tony Kushner notes, “The reunion of Ida and her sister with their mother … is reassuring, though” the baby is tearful, and Ida and her mother “look resigned rather than joyful at the news that their absent husband/father will return ‘one day,’ which is not, of course, especially reassuring news — when, exactly?”[xvi]

Sendak often points out that while adults may find fault with his work, children do not. As he said at the time of the publication of We Are All in the Dumps with Jack and Guy (1993) — a book about homeless children living in garbage — efforts to protect children from alleged traumas are usually adults’ wish to protect themselves from admitting that children understand more than we give them credit for. “In reality,” Sendak said, “childhood is deep and rich. It’s vital, mysterious and profound. I remember my own childhood vividly. I knew terrible things … but I knew I mustn’t let adults know I knew … It would scare them.”[xvii]

He wrote We Are All in the Dumps because he had been feeling “unnerved” by reports of homeless children in “Venezuela, South America, children being killed on the street by police like rats and vermin.” In this book, children’s play becomes a matter of survival: they fashion their homes from crates and boxes and wear rags and newspapers for clothes. Offering more topical commentary than a typical Sendak book, the headlines visible on the children’s newspaper-clothes warn of “AIDS,” and “LEANER TIMES, MEANER TIMES,” while “BANKS” plot “BIG GAIN.” It’s a fable for the 99 percent nearly two decades before the “Occupy” movements.[xviii]

There Must Be More to Life: Mentoring, Mortality and Legacy

Though he writes about homelessness, kidnapping and exile, Sendak’s books ultimately manage to balance light with darkness. By each book’s end, the All in the Dumps kids make their own home, Ida rescues her baby sister, Max finds his way back to dinner and mother’s love. In one of his most personal books, Higglety Pigglety Pop! Or There Must Be More to Life (1967), Sendak casts his 14-year-old dog Jennie as the main character. Anticipating the deaths of his mother (from cancer) and Jennie (from old age), the story has an underlying melancholy, but its buoyant protagonist allows the story to retain a lighter tone. In Brundibar (2003), Sendak and Tony Kushner restage a play performed in the Theresienstadt concentration camp. Though Nazis murdered its composer, performers and nearly all of the original audience, the story itself is optimistic. The children chase away Brundibar (whom Sendak gives a Hitler moustache), and sing in a joyous two-page spread: “The wicked never win! We have our victory yet!” The book’s final words, however, go to Brundibar: “I won’t go far … I’ll be back. LOVE, Brundibar.” In Sendak’s work, hope dances with despair, whirling to a jaunty tune with melancholy lyrics.[xix]

Sendak’s penultimate book, Bumble-Ardy (2011), celebrates death and life. Bumble-Ardy (a pig) is adopted by his Aunt Adeline after his “immediate family gorged and gained weight. / And got ate.” Scolded after throwing himself a birthday party without her permission, 9-year-old Bumble-Ardy tells his aunt “I promise! I swear! I won’t ever turn ten!” This dark joke underscores the book’s celebration of mortality — Bumble-Ardy is the author’s surrogate. The opening three pages repeat their shared June 10th birth date several times, each with a different year. On the title page, the birthday’s fourth and final appearance is “June 10, 2008.” That was a significant year for Sendak: he turned 80, had a triple-bypass that temporarily left him too weak to work or walk his dog and mourned the passing of his partner of more than 50 years, psychiatrist Dr. Eugene Glynn. Though Dr. Glynn died in May of the previous year, in 2008 Sendak spoke publicly about his sexuality for the first time. It’s tempting to see Bumble — as he bursts through the June 2008 calendar on the title page and shouts “Well!” — as an echo of Sendak’s declaration of his own sexual identity.[xx]

Sendak had then outlived his mentors and most of his friends in the business. And yet, as he told Terry Gross last fall, “I am not afraid of death.” In his final years, he was still creating art and helping others create theirs. In 2010 he created the Sendak Fellowship, which — like the MacArthur Fellowship — had no application process, and instead relied upon other picture book artists to nominate and to judge prospective recipients. Fellows each got a room and month to work on a project or projects, and (if they wished it) counsel from Sendak himself, who lived in the house next door. The fellowship formalized the mentoring he had done for years. Sendak has helped many other artists get started in children’s books — James Marshall, Richard Egielski, Peter Sís and Chris Raschka, to name but a few. The New York Times obituary reports that his final work — My Brother’s Book, a tribute to Jack — will be published in February 2013. Until the very end, Sendak continued to follow his muse, wresting light from darkness, always ready to sail to the land of the wild things, trusting that he can find his way back again.[xxi]

Thanks to Maurice Sendak, we have a much richer map of the emotional landscape of childhood. He didn’t invent books that explore darkness, uncertainty, or rebelliousness. But his success made it acceptable to write children’s books that delve into these areas. The wild things live on, not just in his books, but in all who follow him. The king of the wild things is dead. Long live the king.

Philip Nel is Professor of English and Director of Kansas State University’s Program in Children’s Literature. His most recent book is Keywords for Children’s Literature (co-edited with Lissa Paul, 2011). Forthcoming are Crockett Johnson and Ruth Krauss: How an Unlikely Couple Found Love, Dodged the FBI, and Transformed Children’s Literature (UP Mississippi, 2012), and The Complete Barnaby (5 volumes, co-edited with Eric Reynolds, Fantagraphics, 2012-2015), which collects for the first time the full 10-year run (1942-1952) of Crockett Johnson’s influential comic strip. He also tweets (@philnel) & blogs (www.philnel.com).

[i] Sendak, Where the Wild Things Are. Most picture books are not paginated; so, unless you see a page citation, assume n.p.

[xix] Lanes notes that Higglety Pigglety Pop “is essentially a melancholy tale, reflecting as it does Sendak’s forebodings about Jennie’s and his mother’s deaths” (160). Brundibar’s composer, Hans Krása, was murdered by the Nazis. The librettist, Adolf Hoffmeister, survived.

[xx] Cohen, “Concerns Just Beyond Where the Wild Things Are”; Sendak, Bumble-Ardy. 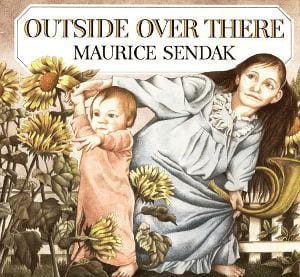 Back from the Swamp 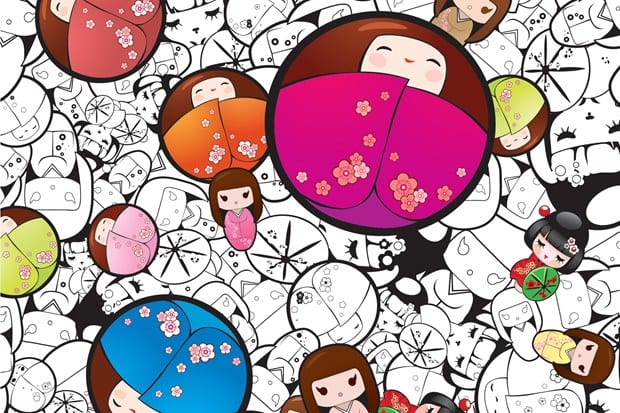