Today, Rob Clough returns with his latest High-Low column, and this one is huge, a long collection of reviews of twenty different recent(ish) comics anthologies. Here's an excerpt from his writing on one:

Insect Bath, edited by Jason T. Miles. Distributed by the Profanity Hill collective, this comic has a visceral but cerebral approach that is truly unsettling. This is a horror anthology done in what I refer to as the "immersive" style of comics. It's a style that makes its decorative aspects part of its narrative, creates its own visual logic and demands active reader interaction. It's not a passive form of storytelling that gently leads the reader across the page, but rather a style that's murky and works only on its own terms. It's not surprising that Miles planned to do this anthology with the late Dylan Williams, because Williams' Sparkplug Comic Books was a champion of this style. Miles' own strip in the anthology acts as a story of primordial ooze, birth and rebirth, as well as a howl against the void. There are also stories conflating sexual discomfort with body horror and madness from like Zach Hazard Vaupen and Alex Delaney.

More challenging is Juliacks' suffocating story about bodies being manipulated, thrown against walls, played as puppets, drowned and defecated upon; the denseness of her line and the near-poetic nature of her decorative text create a powerfully oppressive atmosphere. Contrast that to Noel Freibert and Sammy Harkham, who turn everyday experiences into lethal, terrifying, but ultimately inexplicable events; this is the horror of nihilism.

We also present the fifth and final entry of Noah Van Sciver's Cartoonist's Diary, finishing up his chronicle of a week spent as a CCS fellow. Thanks, Noah!

—Alvin Buenaventura writes on Facebook about a Daniel Clowes drawing of a grown-up Sluggo.

—Retailer/blogger Mike Sterling shares some info on Meat Nog, the '90s zine that was originally supposed to include the "lost" Daniel Clowes interview we recently published.

—For the CBC, Hope Nicholson chooses seven indigenous comics creators that should be more widely known. 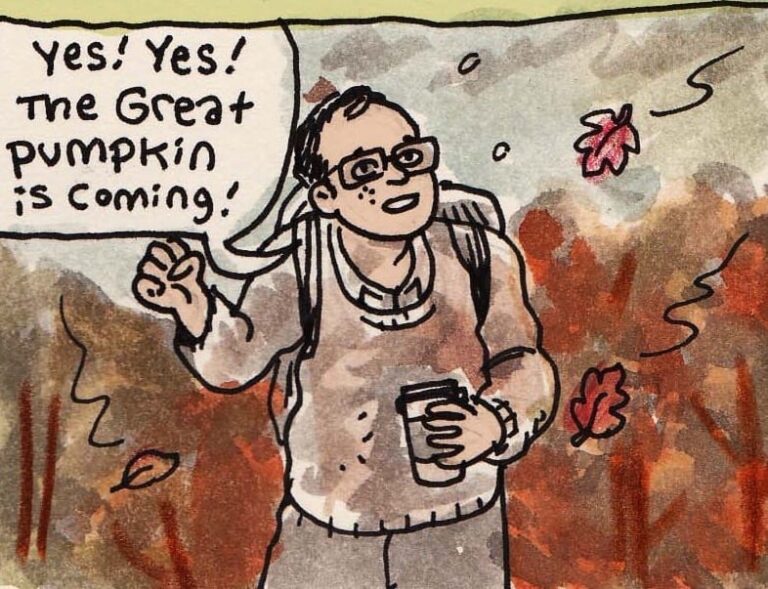 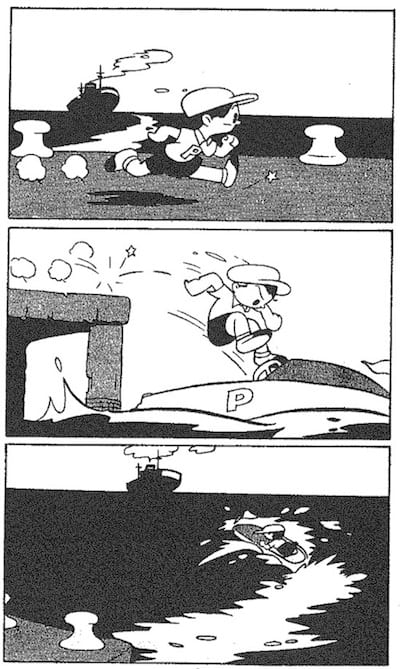 Gottfredson’s Illegitimate Heirs: Tezuka Osamu and the Great Wall of 1945