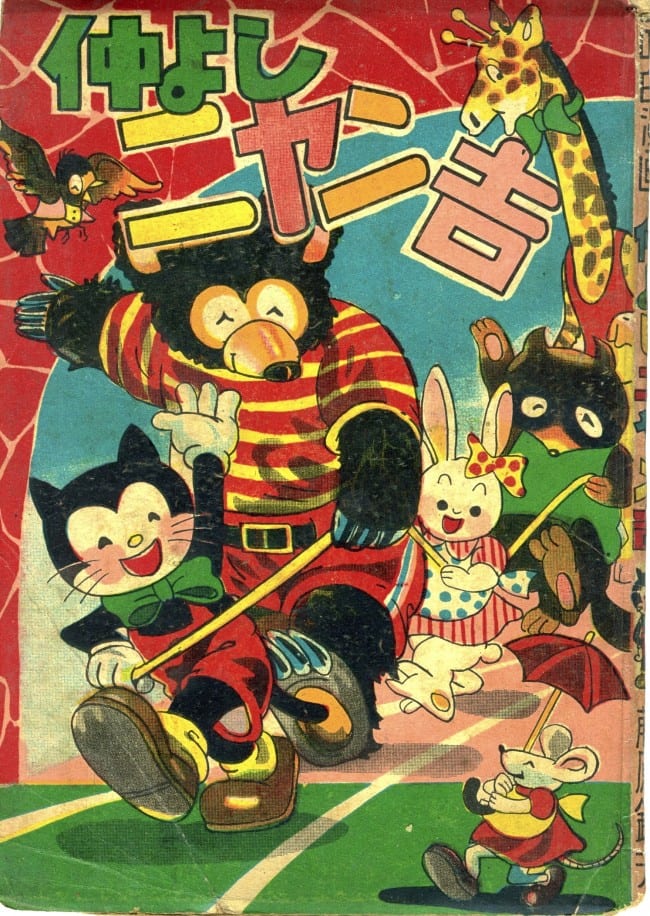 It is a highly degraded copy of Pest Island. It is just a partial copy, at thirty-six pages versus Izumi’s original ninety-two. Its page one is page nine of Pest Island, and then jumps around from there, rearranging sequences, cutting pages, recasting characters, swapping the cats for dogs and the mice for cats. Now it's the Three Woofsketeers off to Meow Island. 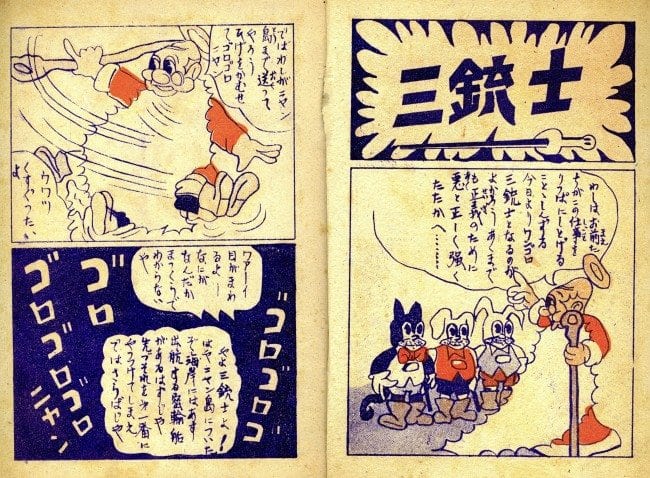 This makes me suspect that The Battle of the Giant, which also begins out of the blue, is also a knock-off. There the drawing is so bad, however, that aside from A-Bō’s sedan it is hard to imagine a model. The drawing in Meow Kichi might be better, but that’s because the artist is copying. But how poorly! 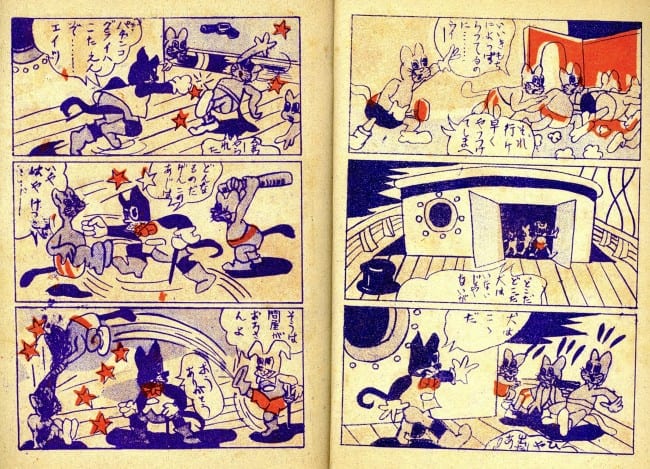 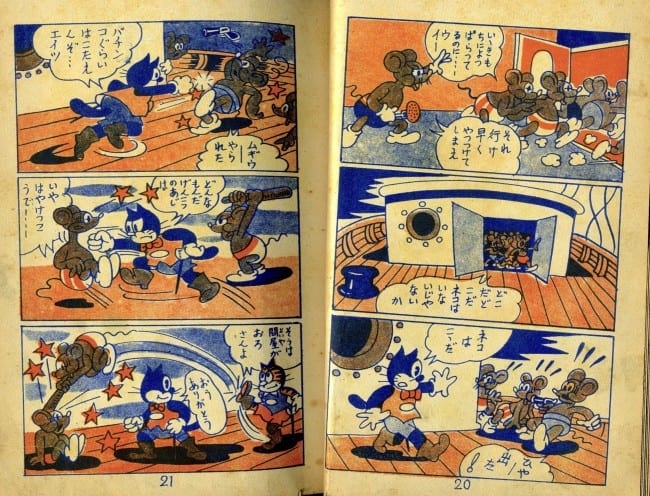 Not a single page is original. They were all probably traced. Most lines (meaning spoken lines) are identical. It makes an argument for concision, however, as the story holds together surprisingly well despite a third having been removed. 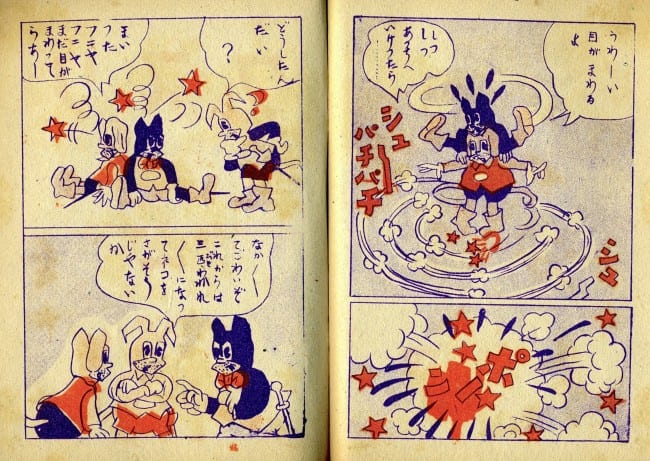 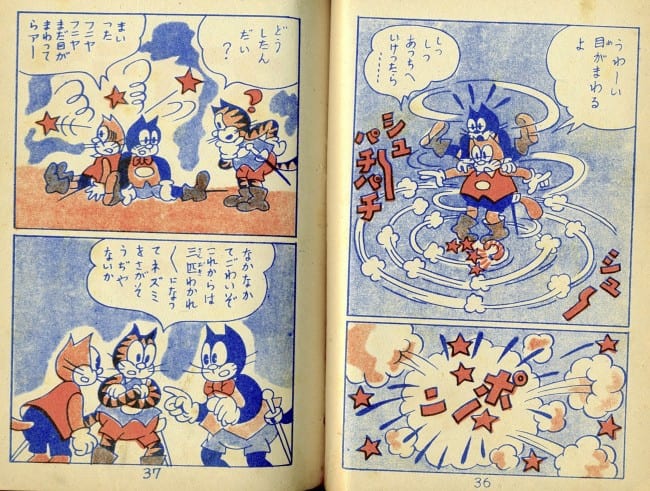 And then, of course, bound for art historical posterity, the copy of the copy: the New Treasure Island sequence. Some pages are better than others. 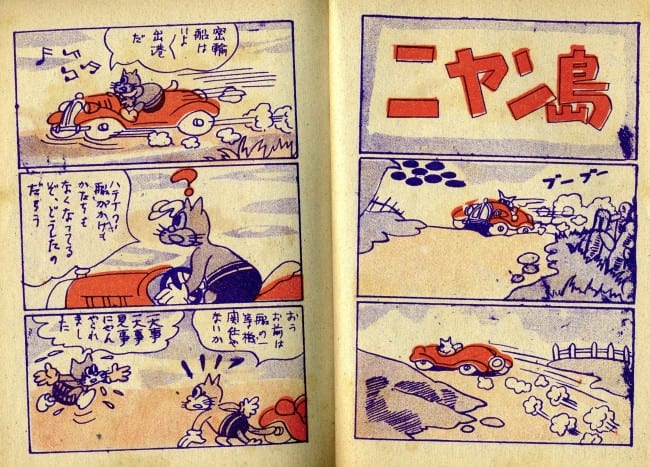 The fortunate thing about piracy in the digital age (from the consumer’s perspective) is that degradation is increasingly rare. It usually occurs only if the technology used to copy is poor. Thus the postmodern problem of the simulacrum, the indistinguishability between copy and original, copies and copies of copies, and thus also the introduction of anti-piracy mechanisms at the level of code. The world of analogue presents neither the same identity crisis with regards to the copy, nor the same internal safeguards against dissemination. Only a master forger, an artist and craftsman him or herself, can manufacture an analogue copy to challenge the original. The only protections against copying are external, taking the form of legal and ethical restrictions.

The bottom-feeders of akahon, on the other hand, seem to have embraced the analogue copy for what it was. Little attempt was made to trump the original. They celebrated degradation pretty much out in the open. Then again, I had to invent a name for this publisher. The contemporary press reported on how secret identities were used by akahon publishers to evade taxes. But I wonder if there were also other reasons to hide. There were reportedly upwards of 3000 akahon publishers nationwide in 1949, so the size of the forest alone would have provided plenty of cover. But I am sure if a victimized artist truly wished to find the perpetrator, he could have made the rounds in Asakusa, Okachimachi, or Matchyamachi. It might have not been a simple task, but the industry was not so disperse to be a labyrinth. Occupation period Japan was deep enough into the modern age for legal and moral notions of intellectual property to be widespread. Perhaps copying was not associated with theft strongly enough to drive someone to action. Probably it was just not worth their time. But who knows? Maybe the man behind the Shitgrin Mask got punched in the face. That was probably the only available form of redress. 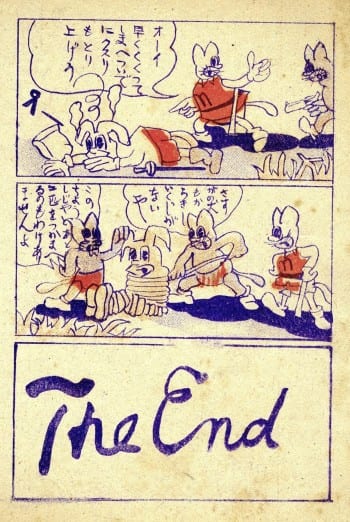 How do the Japanese value these artworks? Don’t know. Never seen them mentioned. Never seen them reproduced. No public collection appears to own them. There is only one official scholar of postwar akahon in Japan, Nakano Haruyuki, but he only writes about the cream of the crop. The bottom of the barrel is pretty much untouched, even by collectors. For example: for this trio I spent a total of 945 yen, and that was at Mandarake, where there’s supposed to be a market for everything manga-anime related. That’s about 12 USD for three comic books whose other X999 copies could very well have ended up in the trash. 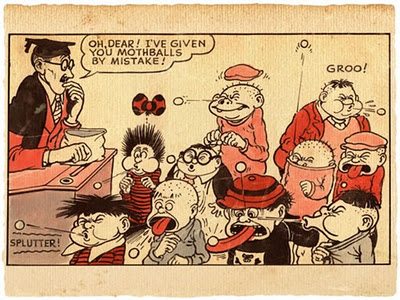 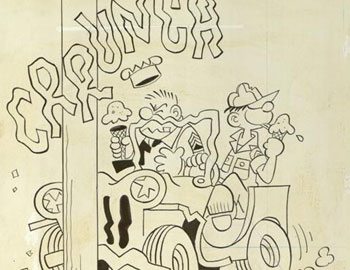