Today, Nicole Rudick is back with a review of Anya Davidson's School Spirits, which so far hasn't gotten the attention it deserves. (Rob Clough wrote about it for us this summer, if you want to compare notes.) Here's how Nicole begins her review:

Anya Davidson has described School Spirits as a book about female friendship. And it is: Oola and Garf are the Maggie and Hopey of death metal, best friends who weather the storms of high school, petty crime, and youthful infatuation together. Still, that’s a bit like saying Moby-Dick is a book about a whale. Their friendship, like all deep friendships, is foundational; it is a fact through which Davidson examines aspects of gender from a specifically female perspective. What’s refreshing about School Spirits, and what keeps it from feeling didactic, is that Davidson doesn’t try to tackle stereotypes head-on; it’s not the point of the book. Instead, the notion that gender isn’t represented by a set of characteristics is woven into the fabric of the story. It’s a given in all of Davidson’s work to date that typical male and female roles aren’t simply reversed or questioned but utterly dismantled.

School Spirits is divided into titled chapters, and the stories feel like interconnected vignettes. The book opens with Oona and Garf trying unsuccessfully to score tickets to a Hrothgar concert from a radio show, and then follows them through a day of school, hanging out with friends, perpetrating criminal mischief, and, finally, attending the Hrothgar concert. Oona and Garf are “weirdo girls,” as Davidson has described them; their appearances and behavior don’t hew to conventional notions of femininity. Oona resembles a gangly Tintin with a reverse quiff and spends a good part of the book on a wild, desperate tear through the city with a security guard hot on her heels. Garf is more sanguine than Oona, but resolute in her sense of self, as when she castigates her friend Inga for prioritizing her looks: “You’re a math genius, Inga,” she cries. “Stop trying to pretend you’re normal … You’re a freak like us!”

Also, today is sadly the final day of Kayla E.'s week running our Cartoonist's Diary feature. It's been one of the most inventive takes on the column yet, so I hope you haven't neglected reading it.

—Reviews & Commentary. At The Point, Merve Emre and Christian Nakarado write about the comics of David Mazzuchelli and Chris Ware from an architectural perspective.

Paul Gravett on the history of Jean-Claude Forest's Barbarella.

Laura Tanenbaum at Dissent writes about Alison Bechdel, motherhood, and psychoanalysis in the age of the memoir.

Dan's "What Nerve!" show gets a rave by The New York Times' Ken Johnson.

Brad Mackay writes about appearing in, and later watching, the new documentary about Seth, Seth's Dominion.

—Comics-Adjacent Books. Kevin Kelly picks out a fascinating-looking collection of drawings from the Soviet gulag created by a 1950s prison camp guard.

And somehow until I missed that there's a newly translated novel by the great Julio Cortázar, Fantomas versus the Multinational Vampires, in which he imagines his life as it intertwines with the plot of a (real) comic book.

On Monday, the Supreme Court is due to decide whether or not they will hear the Kirby v. Marvel case. [UPDATE: Now it's being reported that there has been a settlement agreement.]

Zainab Akhtar gets a photo-tour of Sam Alden's comics collection.

—Interviews. The New York Times catches up with Richard McGuire as his Here is put on exhibit at the Morgan.

Paddy Johnston talks at length with Ken Parille about The Daniel Clowes Reader.

Alex Dueben talks to Gilbert Hernandez about Bumperhead and the Eisners.

—Kim Thompson. Yesterday would have been his 58th birthday. Eric Reynold remembers him via a photograph. Marc Arsenault remembers him by way of an issue of Zero Zero they worked on together. 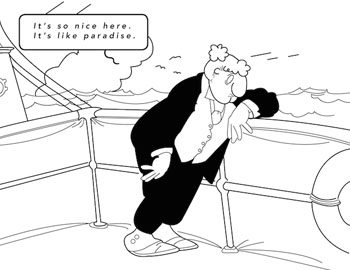 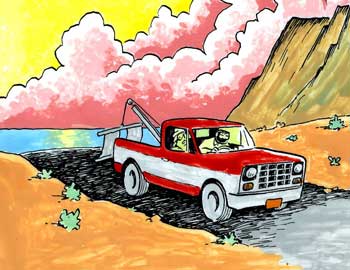