Today, Greg Hunter joins us with a fantastic interview with Jonathan Lethem about guest-editing this year's Best American Comics anthology:

In Bill [Kartalopoulos]’s foreword to this edition, he mentions paracomics—comics at a remove from the field—and the magnitude of that presence really does set this volume apart from the others. Of course, Chapter Five in particular ["You Might Even Hang Them on Your Wall"]. So I was curious how much your work on the collection left you wrestling with the orthodoxies of the form. If, for instance, you’d have a harder time defining comics now.

That’s a great question too. One thing I should say to set the ground for replying is that you, given your position and your continuous critical engagement—and Bill Kartalopoulos, because of his continuing work—are more saturated, more in touch with what the wider field looked like in the years leading up to this effort. And I really did my best to disclose this in my introduction. I think about comics a lot, and I’ve related to comics intensely since I’ve discovered them. I’ve tried to make them—I got to work for Marvel to write a borderline-mainstream comic—but I’m not even close to being a pretender to having a comprehensive critical take. I’m not Scott McCloud, as far as guest editors go. I don’t read comics broadly or systematically enough. I kind of use them for my own purposes—they’re a fuel and a fascination—but I just read so many more to put together this year’s compilation than I’d read in a long, long time. It’s almost left for you to tell me, or for other people to respond to the book and tell me how centered (or not centered) the result looks to them.

I was met with a tremendous amount of material here that messed with my expectations, and I was really excited to—I’ll just go down the list. I’m so excited that something like that Adam Buttrick work [“Misliving Ammended”] exists. It’s so familiar and so dislocating at the same time. It builds on everything I understand comics to be, but it just seems to be so free in its relation to the definition. There were enough pieces like that that I began to feel like I was really being schooled—that comics was bigger and a more radical field and context. As radical as I might ever have hoped, and it made home for all this incredible stuff. And that started to seem like the new center to me. Things that didn’t have some formal breakdown [or] some degree of paracomics—it’s like when rock ’n’ roll got feedback in it, and no song sounded as awake or alive if it didn’t have a little bit of feedback. I just felt like, “This is great. This is what comics want to become, and they’ve done it. Or they’re doing it.”

—News. Murphy Anderson, the longtime DC artist possibly best known for his work on Hawkman, has passed away. Mark Evanier seem to have been the first person to report his passing. We will have an obituary soon.

I missed this most recent Jesse Hamm essay on Alex Toth and realism vs cartooniness.

It's often interesting to hear from intelligent, extremely sophisticated readers who are unable to connect with the comics form. Rohan Maitzen had problems with Maus and Persepolis. 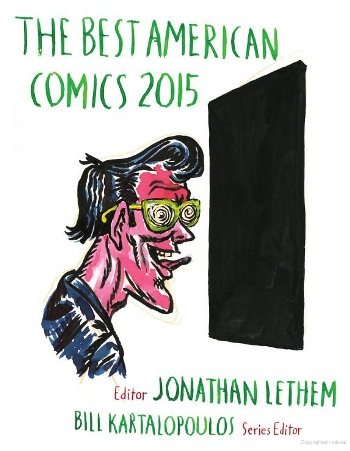 “As Radical as I Might Ever Have Hoped”: Jonathan Lethem on The Best American Comics 2015 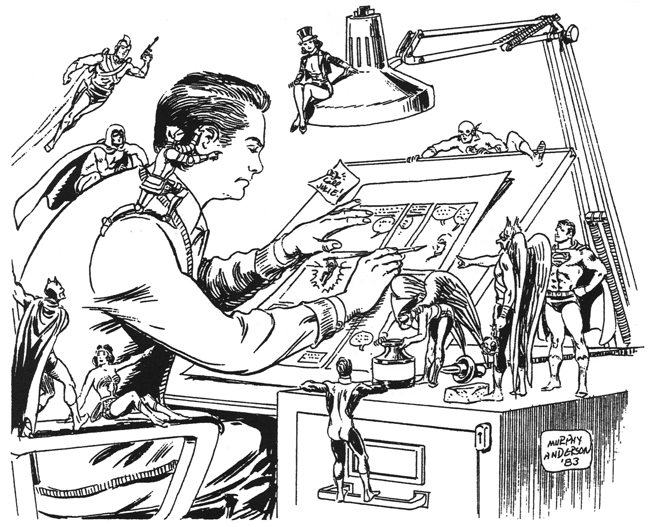