Trakumaite is a multi-media artist, and she includes a DVD with the first issue that explains why she draws herself so much. It's a trippy, funny video, and her entire aesthetic reminds me a little of the sort of thing that Dunja Jankovic used to do more of, back when she was actively pursuing sequential art. She uses her drawings for a stop-motion effect, swirling them around at certain spots to indicate her desire to do abstract comics, or history comics, or something about feminism. Yet she somehow always winds up back at herself, something even her friends notice. There's a hilarious anecdote about her making a drawing for her father, him getting upset because he thought she made him look old, and them offering to pay for drawing lessons!

Even with stories with beginnings and endings, Trakumaite's work has an in media res quality to them, as we're thrown right into the middle of her swirling line and the chaos surrounding these issues, and it's the reader's job to pay attention and catch up. There aren't any good comparisons to make regarding her style, other than to say that she's in the same continuum of Julie Doucet. Both artists crowd the page, making it uncomfortable for the reader and making them read it on the artist's terms. Both are casual and unapologetic about sharing incredibly intimate details with the reader, and those details are frequently bound up in confusion and frustration. Their character designs are distinctive, expressive and even funny to look at. In Trakumaite's case, her choosing to frequently alter line weights is a big key to the success of her work. It allows her to bend reality, making it solid in one panel and wobbly in the next. When she exaggerates facial features (like giving her gyn provider jagged, monstrous teeth), it fits right into the continuum of the rest of her character designs.

I was telling a kid at Heroes Con, I was showing him the opening pages of Dork and Milk & Cheese, and Eltingville, and was like, “Look at these!” I couldn’t even do eyeballs inside glasses. I didn’t connect lines here. My lettering was horrible. It’s not really a self-deprecation like it used to be, it was “Look what you can do even when you stink.” I was in my 20s when I did all that stuff and now you see people on the internet every day who kick your ass, you know? And they’re like 15 years old and they’re doing beautiful work in a variety of styles. There’s the most amazing artwork out there, suddenly. And I try to make my peace with my artwork. It doesn’t always work, but I made my peace with my old work.

I got in at a time when there was a lot less people in the industry. Everything you saw was in print. And with the craze of post-Teenage Mutant Ninja Turtles, black-and-white boom, lots of people got in. And even though my stuff sucked, unlike lots of people, I managed to get my foot in the door and get my fingers in there and stay. And I got better. So, you should buy my books just to see how that works. Even if they hate the book, drop the 20 bucks. You’ll learn something else.

Betty Friedan wrote in 1963 that the key to women’s subjugation lay in the social construction of femininity as “childlike, passive, and dependent”, and called for a “drastic reshaping of the cultural image of femininity”. Over 50 years later, in many ways, we have progressed past some of the “classic” stereotypes about womanhood, but in just as many ways, we still struggle to throw off the same chains – and carry new ones as well. And that struggle has never been cut and dry – we can feel pulled in so many directions as we fight to hold onto pieces of our identities and shed others, to embrace one culturally imposed facet of femininity while transgressing against another, and all this happening under the shadow of what is societally or traditionally deemed appropriate or desirable. This show is a collection of artists making work about the multifaceted nature of that struggle, which can be so different for every individual and type of woman.

The most recent guest on RiYL is Nicole Hollander.

15 years later, it doesn't seem any more palatable and is appearing now mostly for the purpose of cold storage. It was before I settled into my "every comic takes 7 years" phase. 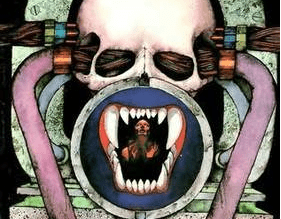 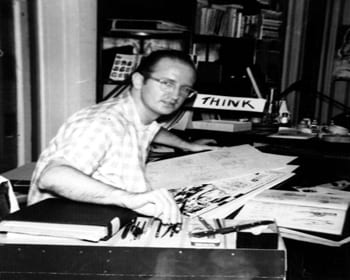