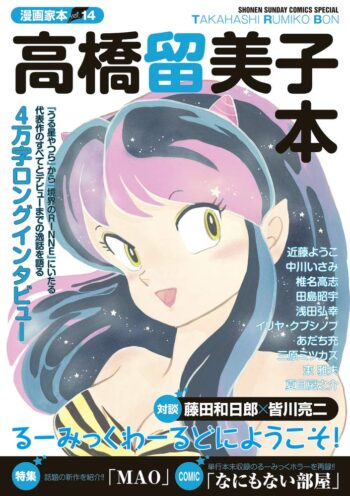 Takahashi Rumiko’s entry onto the manga scene represented the turning point in the history of manga and anime. This turning point signifies the emergence of the genre of romantic comedy (rabukome = “love comedy”)—a romantic relationship-centered genre certainly common to shōjo (girls’) comics category at the time—now beginning to appear in shōnen (boys’) comics, too.

Takahashi debuted with her short story manga, Selfish Bastards (Kattena Yatsura) in Weekly Shōnen Sunday (Shōnen Sandē) in 1978. She was only a college student at that time. In the same year, Takahashi suddenly became a popular manga artist with her Urusei Yatsura (1978-1987). It was soon adapted for anime (1981-1986), and the alien demon girl Lum later became the prototype for the Girl from Another World (ijigen shōjo), soon a staple and fan favorite of otaku. By the way, I was bowled over by the idealized body proportions of the Lum character. I had never seen such an attractive, and even moderately erotic version of the bishōjo (beautiful young girl) that could be equally appreciated from the perspectives of both boys and girls. (Perhaps, I should say this is true except for Azuma Hideo’s works around the same period.)

If I use the word “otaku-ish” (otaku-teki), it might seem a bit cheesy. However, comics fans had for a long time been developing into a group receptive to both anime and manga. This process had begun as early as 1962 with the people who first attended [Nihon] SF Con (SF Taikai) and then, later, the folks who gathered for Comic Market [Comiket/Komike(tto)], which started in 1975. Particularly, let’s note that there was both the first otaku generation, the people born around 1960, and also those born in the following years, but these waves of people consumed anime as their everyday entertainment. Even so, what they enjoyed in common from the very start were these anime shows that transcended the binary of boys and girls. This was something different from older comic magazine audiences, because boys and girls now would watch anime together.

Baby boomers, including myself, saw manga as something original. Anime, for us, was a spinoff, something less real to us. We were very attached to our manga. Usually, boys back then didn’t even read shōjo manga. During this time, comic magazines moderated the systematization of the gender divide. However, I am pretty sure that the generation younger than us were also consuming manga in the same manner that they consumed anime. Shōjo manga had strong and cute (and sometimes sexy) female icons, like wizard girls, and romantic relationships. Those two things were not completely foreign to shōnen manga.

What was very new in Urusei Yatsura was the chance to indulge in the pleasure that a totally trashy, morally irresponsible boy could be doted on by a super-attractive girl—as opposed to the usual focus of mainstream (ōdō) shōnen manga on the battle between good and evil. If the common dream of most shōjo manga was something like “I am quite a dull girl, but I believe that there must somewhere be a beautiful boy who surely will love me,” then this looked like the boy version of that. Indeed, most of the romantic comedies in shōnen manga were filled with this kind of ease, and they dominated the world of shōnen manga in the 1980s.

Nonetheless, what made Takahashi truly interesting was the exhilarating sense of betrayal she created by flipping these stereotypes as she parodied them. The middle-aged guy protagonists she draws in her short story manga always seem a bit sentimental, but they are actually quite mean. Takahashi’s worlds always feature a number of dualities. Parody is how Takahashi expresses this quality of duality.

If you look closely, you’ll see that Takahashi Rumiko actually embeds the perspectives of middle-aged men and middle-aged women in her manga. Her manga have the duality of unfairness and the criticism of such unfairness. For example, in Maison Ikkoku (Mezon Ikkoku, published in Big [Comic] Spirits [1980-1987]), the building manager Kyōko always unconsciously dominates the guys with her charm; and, the building’s resident old lady, Ichinose, always calls out Kyōko for the unfairness she creates. This duality then radically changes for Takahashi's next character in Ranma 1/2 (published in Shōnen Sunday [1987-1996]), who can go back and forth between being a man and a woman when water is poured on him.[1] For Takahashi, gender is something like a soft ball which can be squeezed into the shape of gourd that has both a male end and a female end.

Along the way, I think, Takahashi discovered how to satisfy more of her readers by establishing characters (kyara no tatekata) in certain ways.[2] In her next work, Inuyasha (published in Shōnen Sunday [1996-2008]), she distanced herself from the slapstick humor of Tsutsui Yasutaka [a popular Japanese novelist, and a major acknowledged influence on Takahashi], seen in her earlier Urusei Yatsura; with her new mysterious fantasy setting of Inuyasha, she learned how to captivate readers with a full, lush story. I believe what now becomes consistent in her works are: (1) identity and duality will be resolved through the self-love that her heroes and heroines discover; plus, (2) her manga is guaranteed to have something “interesting” (omoshirosa), some centripetal pull to get readers to go deep inside her completely fabricated worlds. Her ability to create these compelling qualities of her fictional worlds is her strength which powers up every ten years.

With the help of the rapid and global expansion of the otaku imagination abroad in the first decade of the new millennium, Takahashi further expanded her power though the high esteem she gained in America, Europe, and China. In 2018, Takahashi was inducted into the Will Eisner Hall of Fame; in 2019, she was won the Grand Prix at the Angoulême International Comics Festival.

In his “Bishōjo” no gendaishi (Modern History of “Beautiful Young Girls” [Kōdansha, 2004]), Sasakibara Gō writes that the consumer base for anime and manga had been established in latter part of 1970s, in what they called the “mania commune” (mania kūkan). According to Sasakibara, at the same time we begin to see a new kind of consumer response, termed “affective” character elements (kyara moe): this is the “bishōjo movement, which begets the boom in Lolita complex (rori-kon) stories.” Shōjo manga had previously come into the possession of “the erotic body (seitaki na karada),” but what soon follows is the rise of artists like Azuma Hideo, Takahashi Rumiko, and Miyazaki Hayao.[3]

Takahashi Rumiko became the symbol of the establishment of the “mania commune”, which Sasakibara describes as the establishment of otaku community; Takahashi symbolizes also a part of the culture created within that commune. Although she was a woman, she debuted in a boys’ manga magazine, and then she became the trailblazer for a totally new trend in the world of shōnen manga—something that could not be done by male manga artists. And then, she brought about a new genre for both manga and anime.

Lastly—this is a story from quite a long time ago, but permit me a share a personal experience at a party hosted by Shōgakukan. I was excited because I was meeting Takahashi Rumiko for the first time. As I was speaking to her, a man suddenly came up to us introducing himself. It was [the manga artist] Adachi Mitsuru. Actually, Adachi and I are about the same age (I was born in 1950; he was born in February 1951). An even longer, much longer time ago, I had known of Adachi through his contributions to COM magazine’s “Gura * Kon [Grand Companion]” section for aspiring artists, and felt the frustration of encountering his enormous talent in drawing.[4]

Anyway, what Takahashi said at our meeting was: “In the end, I cannot not outdo this guy (Adachi).” This wholly unexpected and fantastic situation got me extremely excited. I even became a bit emotional. Adachi was a true “popular artist” who had won widespread acceptance with audiences. Takahashi was the “goddess of otaku,” but even this goddess got to feeling jealous about Adachi’s universal popularity!

I have a feeling that they both well understood the respective differences in their styles and target audiences. It hit me then that manga artists all share a similar karma. It is something they have inherited from Tezuka Osamu. Like even the master, they all must bear those dark and flickering worries. That moment made me realize how truly lucky I was to be part of the manga scene.

[1] For more information about this, please refer to the close analysis in “Sunday is Takahashi Rumiko” (“‘Sandē’ to wa Takahashi Rumiko de aru”) by Takahashi Tamaki; see also “The Hidden Power of Jusenkyō: Ranma 1/2 and Rumic World” (“Jusenkyô no senseiryoku: Rūmikku wārudo to Ranma 1/2”) by Ishioka Ryōji. (Both were published in Yuriika [a Japanese literary magazine] in the special feature issue entitled “The Era of Shōnen Sunday” [March 2014]).

[2] [Translators’ Note] Natsume elsewhere has defined the term kyara-dachi or kyara-no-tatekata as the skill of an artist to make characters pop, stand out, and greatly appeal to readers. For example, in his 1998 review of Scott McCloud’s Understanding Comics, although he was greatly impressed with his American counterpart’s ideas of closure and the icon, McCloud’s own iconographic depiction of himself did not have “kyara-dachi”. However Natsume chalked that up to his own proclivities as a long-time reader of manga: “The character doesn’t appeal to me [kyara ga tatte inai] as a Japanese reader”). Natsume Fusanosuke, Fūun manga retsuden: ima yomu manga 116-satsu (Grand Manga Chronicle: 116 Manga Books You Should Read Now), (Tokyo: Shogakukan, 1999) 227. For more on this point, see our introduction to Natsume, “The Construction of Panels (Koma) in Manga,” ImageTexT 12:2 (2021).

[4] [Translators’ Note] In addition to publishing established manga artists who wanted to draw more sophisticated manga, like gekiga, COM also encouraged young artists to submit and try out their works in the magazine. Among those who debuted in COM were Adachi Mitsuru. Artist Masaki Mori, under the pen name Tōge Akane, wrote the "Gura * Kon" column where he gave constructive criticism to these aspiring artists, and thus Masaki's comments became an important part of the COM legacy. 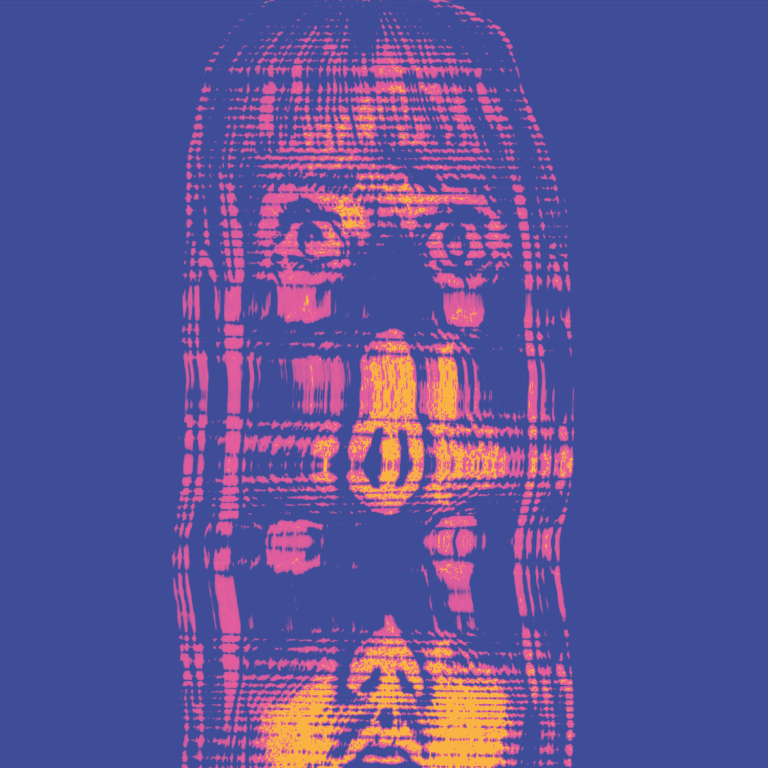 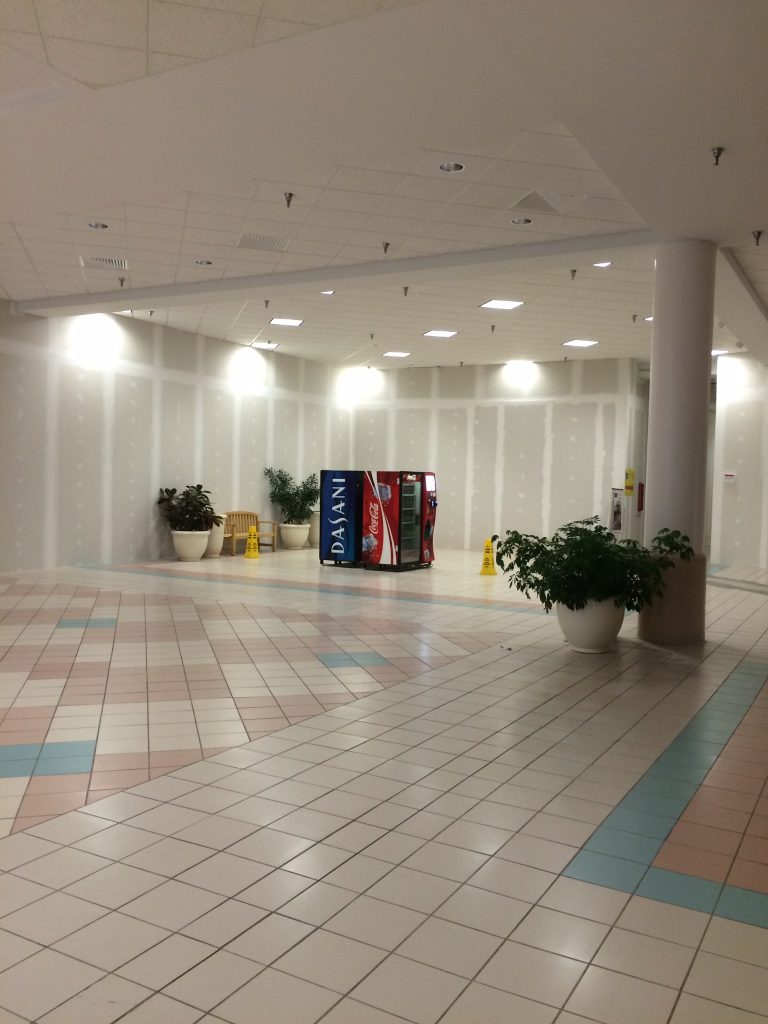