Today at the Comics Journal, we've got the first installment in H.W. Thurston's new column, A Classical Education. What does a new-to-comics reader have to say about the books that are sitting on the shelf marked canon? Time to find out. In the debut, she's taking a look at Frank Miller's Dark Knight Returns:

The purpose of this series is to close-read works that are generally considered to be classics of the comics form and hopefully help illuminate just that: what makes them so good. I’ve chosen the works that I have because they made me go Aha! They made me get what comics could do, why I was bothering with the medium in the first place. Perhaps more importantly, they made me get what comics even were. I came away from The Dark Knight Returns thinking that it was wrong to call it “literary.” It was something else. Something essentially and unapologetically comic-like. “Comic-ary.” The way that it was fluent and artistic was inextricable from the fact that it was expressed via this popular, visual idiom.

Our review of the day comes to you from Austin Price, who is taking a deep dive into Tsutomu Nihei's Abara. It's not the first time that Don Delillo has been namechecked at TCJ, and it better not be the last! He's the closest thing to a mascot we've got.

Despite that relevance – or perhaps because of it – there remains a dearth of works interested in tapping that same vein; seventy years after the bombing of Hiroshima and Nagasaki, thirty years after the Cold War, artists of all stripe still seem preoccupied with the dread and the spectacle of the nuclear sublime. Popular culture at home and abroad remains redolent with imagery meant to recall mushroom clouds and nuclear fire or of scrappy survivors scrounging through post-nuclear deserts so barren it suggests the atomic holocaust has scrubbed them clean. Even the rare creator who can lay claim to peculiar eschatological sensibilities – artists like Katsuhiro Otomo, videogame directors like Yoko Taro -- draw their water from the same irradiated well. No matter how particular the vision offered by these creators is, each seems inescapably fascinated by worlds in the late stages of systems that have grown overripe to bursting and so arrogantly bent on harnessing godlike powers for martial superiority that apocalyptic conflagration has become inevitable. But there remains hope for the world, even if it can come only after a great leveling; the comfort of the nuclear sublime is that it at least offers the chance for a renewal, a rechanneling of those same cataclysmic energies that leveled the old one.

Our pal Abhay Khosla caught the latest in Otomo--yup, you read that right--popping up via a blog called Halcyon Realms. Dig in now, who knows when it'll come out in English. (Seriously, who does know. Does Joe know? Do you?)

Over at The Criterion, I found out that Enki Bilal--the man who invented chessboxing--is going to be on the jury for the next Cannes Film Festival. That's not the only comics adjacent business either: they'll also be screening The White Snake Enchantress.

Over at Comicosity, E.A. Sofia has an article on what it was like to enter comics via G. Willow Wilson and Sana Amanat's Ms. Marvel. It's a smart piece because it goes beyond the traditional why-I-liked-this-thing and into what the thing exposed her to, good & bad, historical and contemporary. I've read quite a few pieces on Ms. Marvel over the years that comic has been in existence--it's received as much coverage as Grant Morrison's work used to, many of those being "my first comic book articles"--but I don't think i've seen one that so clearly distillates the crash course in the Marvel economic/aesthetic system that reading that book provided. (It's outside of the scope of what Sofia was writing about, but it did leave me wondering--has any new super-hero launch been as successful as Ms. Marvel in the last however many years?) 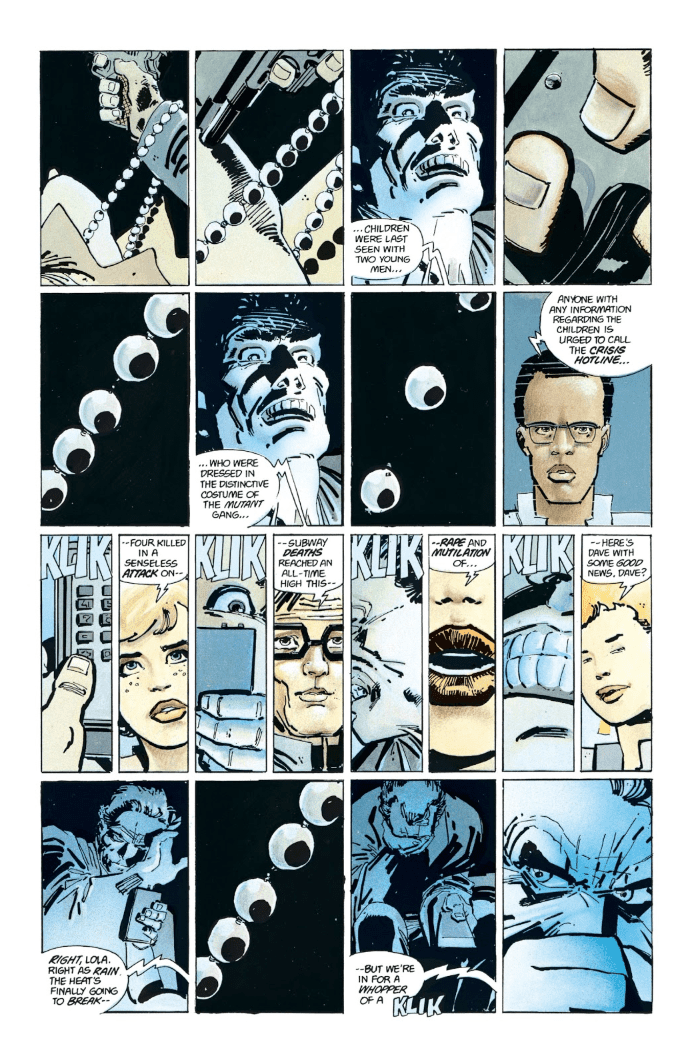 The Dark Knight Returns: Art Makes Sense If You Force It To 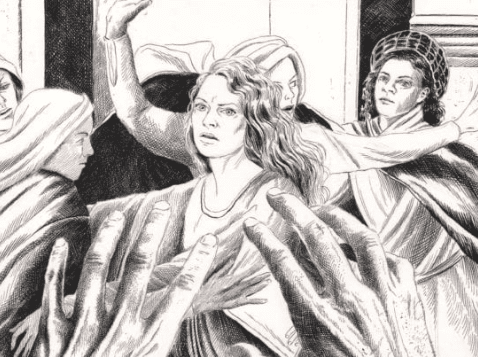 The Art of Juxtaposition: Botticelli and Karl Stevens