Playground by the Argentine author Berliac is one of the most interesting comics that I have come across in a long time. This is a comic about John Cassavetes. It strikes a chord with me because it is very similar to another favorite comic of mine that is also about Cassavetes: John Pham’s Substitute Life: My John Cassavetes and Chris Ware diary from a 2002 sketchbook zine. Both use the comics form to study the process and output of the great film director. They also critique the dominant forms of comics and the comics industry by using Cassavetes' struggles with Hollywood as an example and metaphor. The authors’ own reactions to Cassavetes and their notes about these reactions/thoughts are used within the comic book narrative to tell Cassavetes' story—and the authors’ projection that they are living and participating in their own Cassavetes movie. (Berliac told me that he had never heard of Pham's obscure sketchbook comic, so to me it is doubly interesting that two different authors both unpacked Cassavetes and comics in comics/sketchbook form.)

Playground is an A5, digest-size comic and the art is drawn 1:1. The mark you make is the mark you see. No reduction of the original art. So it feels like a notebook or a diary. (Berliac even compares his choice of working A5 to Cassavetes working in 16mm film--a purposeful choice) All drawn in biro ballpoint pen and white-out. The author gets these gray tones by smudging the white out with his thumb that look painterly and elegant against the scratchy hatching lines of the pen. There are pages of comic-book sequencing next to pages of bursts of text and full-page collages of images in no particular sequential order except the sweep of left right top bottom reading. And notes, lots and lots of notes mixed in from Berliac’s notebook. So he’ll have a xerox of a notebook entry and then he’ll also just have notes on the comics pages. He’s collaging like film, layering the reality and dramatization of film/stage. I think it works well because the process of the making of the book is like the process of the student. A playground where the author begins with nothing and then something happens and we the reader see it unfold and can follow along like we are participating also.

Part of this feeling of participation stems from Berliac's choice not to draw faces on the figures. When he does portray someone it is rendered like a mask. I can project myself into the drawings of all the figures, real or imagined. And because they are generally drawn from photos there is a open and anonymous feeling to the drawing that I feel I can inhabit. When the author is describing a particular person (with drawings and words) I feel like I can get into the character. Cassavetes-the-filmmaker is a character in his films, and the making of his films are as much stories as the actual film narratives themselves—maybe the more interesting stories. And that’s what Berliac does masterfully more than a straightforward text biography or traditional comic-book bio could ever do. Berliac presents all these layers. I’m so “in” the story because the simple and open graphic presentation allows me to plug into a particular childlike sensibility of inquiry. Probably we’ve all made drawings from the television and filled notebooks of thoughts about film and comics and life so there’s a mirror here in Playground. A mirror that the author uses himself when he includes a clipping from a newspaper about an exhibition of the drawings for the book itself. There’s a blurry xeroxed photo reproduced on that page and it is like the people who attended the gallery show are now participating like actors in the narrative. And now this review is another layer because you the reader are participating too.

The comics critique part is there in the form which the book itself takes. Again, the layers. There is the usual complaint about the industries of film and comics but it's more than that. Berliac draws many insightful parallels between comics and film. One of the most interesting observations, I think, that Berliac makes is this one: quoting Cassavetes and arranging the text with comics panels, he makes a page reading, “In this workshop you’ll learn to perform in a natural way. Our intention is to bring realism back to theatre. We have nothing in common with the Actor’s Studio... which style became as stiff and boring as the one it came to replace years ago. It’s ‘recipes for profundity’ and ‘organized introspection', where neurosis and narcissism are taken for 'The Truth’, result in a lazy, solemn, and pseudo-sentimental performance. If for the Actor’s Studio the stage is a temple, for us it is a Playground”. Berliac then applies that thinking to comics and gets these equations:

“narcissism taken for the truth" = Autobiographical comics from the 2000s

The book is written in Spanish. There is an English translation online once you buy the book.Buy it here. Highly recommended. 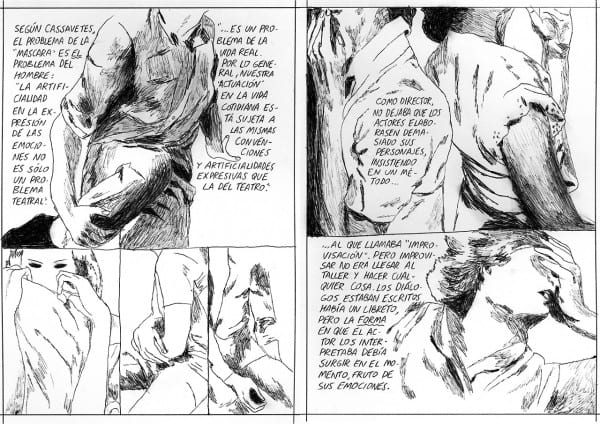 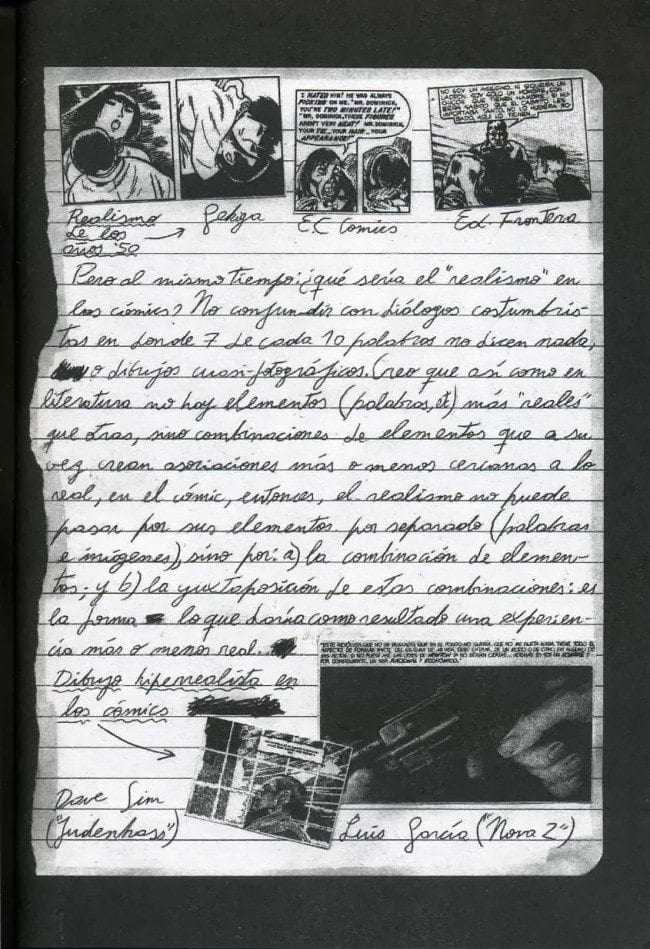 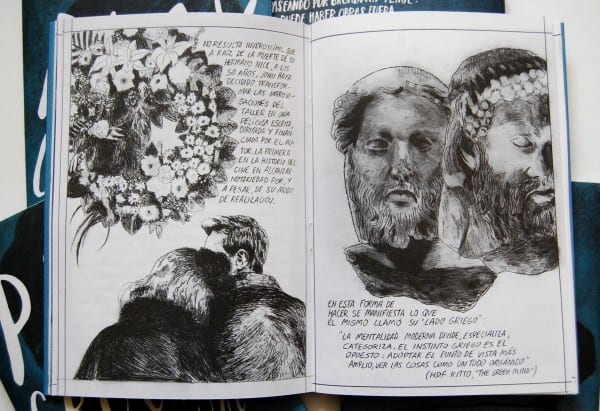 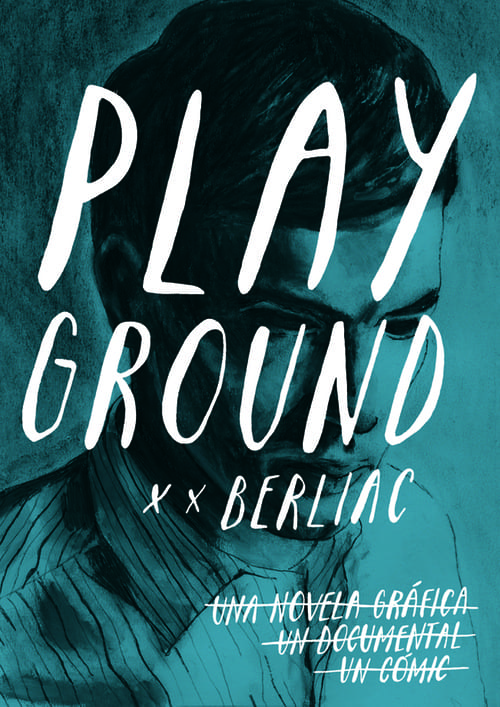 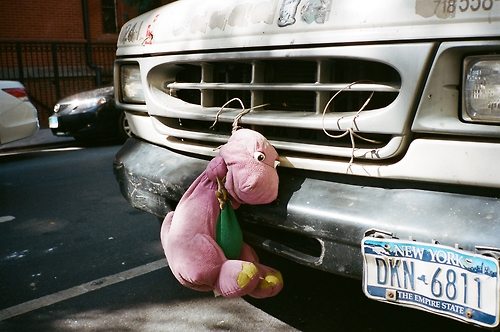 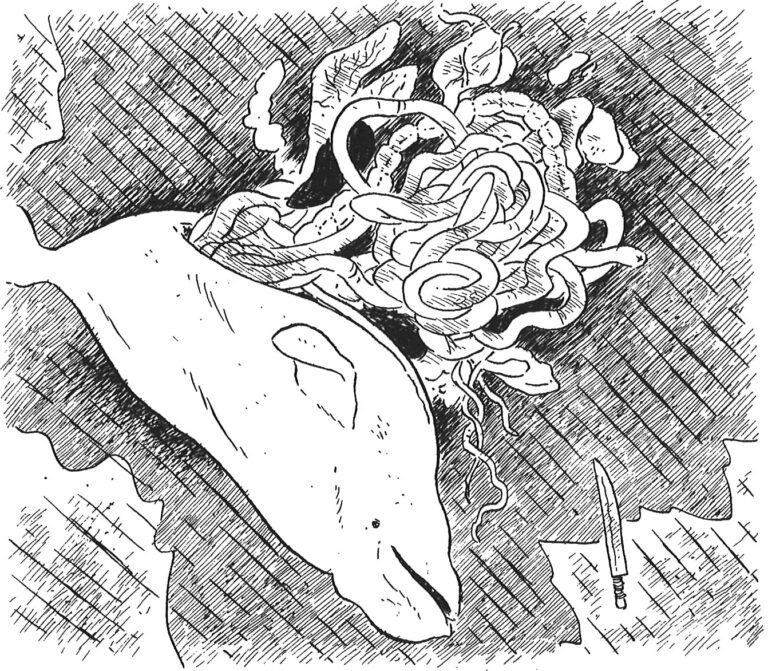