Today Alex Dueben is here with an interview with the inimitable Canadian cartoonist, David Collier, and his latest book, Morton, a sort of travel comic, for lack of a better term.

What was interesting is that this wasn’t just a book that really gets into the history of these places, but it’s about your life and your history in these places.

You’ve interviewed Gabrielle Bell and I was on a panel with her at the Toronto Comics Arts Festival a couple months ago with Jason and they called the panel “The Monsters of Autobiography.” I don’t know. Kim Thompson was always on my case about that. He didn’t want autobiographical comics, but I always thought you’ve got to put a bit of yourself in if you want to do history. Putting stuff in about yourself puts it in context, gives people a little bit of gossip they might be interested in, and then they might be more interested in the history that you’re interested in, too.

I really like Nicholson Baker. He wrote Double Fold about the New York World and how he’s got this big warehouse to save old newspapers. He puts himself in there and you’re really sweating when you read his stuff, how the hell is he going to pull this off. I’ve been inspired by a lot of other people, maybe not comics though.

And we also have Tegan O'Neil, with a review of a new Arsenal Pulp comic, Marcelino Truong’s Saigon Calling: London 1963-75.

[The book] spans the length of America’s official involvement in Vietnam. Because Truong was himself only six years old at the start of this period he’s no kind of political actor whatsoever. The previous volume, Such A Lovely Little War, covered the period of 1961-63 and Truong’s very young childhood in Vietnam on the eve of the escalation. The present volume begins with the Truong family – Vietnamese diplomat father, French mother, and four robust children – landed in London. It’s drab and rainy all the time but Dr. Who is on the tellie and the Beatles are just around the corner. And those things are important to six-year-old Marco, so they’re important to the book in their turn.

There’s a tension here that the book never adequately resolves. The main dramatic tension of the book naturally arises from the author’s proximity to the Vietnam War, but the war itself takes place at a remove of half a world away. This means the narrative is split into two streams, that of the actual memoir and the historical montage that explains the context of the author’s life. The two threads are twinned but the book itself acknowledge as time goes on that Truong’s cultural understanding of his father’s home is poor and fading. The lack of political engagement on Truong’s part becomes a theme, as he is naturally unable to participate in an anti-war movement his family believed to be inherently misguided.

—The Paris Review has published Yvan Alagbé's "Dyaa", an excerpt from the new NYRC book.

Ramberg and [Philip] Hanson also created a scrapbook of comic-book clippings with examples of explosions, word graphics, and dreams, among other categories. The scrapbook, Ramberg noted, was “valuable as a sourcebook of comic conventions or shorthand methods of depicting various themes and objects.”9 She did not, however, employ collage and comic-book imagery in her paintings, as some of the artists Ramberg admired—Öyvind Fahlström, the Swedish master of reconfiguring comic-book elements; San Francisco’s symbolist painter and collage-master Jess; and Yoshida—did in their own. For Ramberg, these fragments revealed modes of rendering and moments of accidental strangeness, such as when a speech balloon hovers above a house to indicate an interior conversation. Taken out of sequential context, as in Ramberg’s scrapbook, the house appears to “speak,” as if in a Magritte painting.

—And finally, I can't believe I haven't yet linked to TCJ star Joe McCulloch's recent Steve Ditko talk, delivered live at the Parsons New School in NYC, and now available in adapted audio-with-slides form on YouTube. 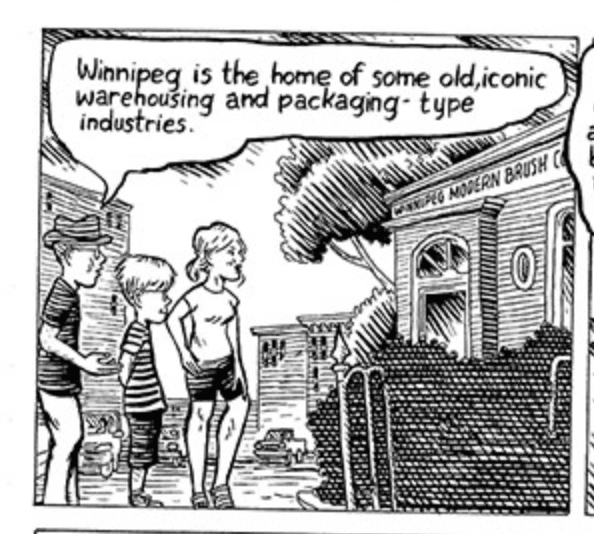 “Hopefully You Reach a Few People Here and There”: A David Collier Interview 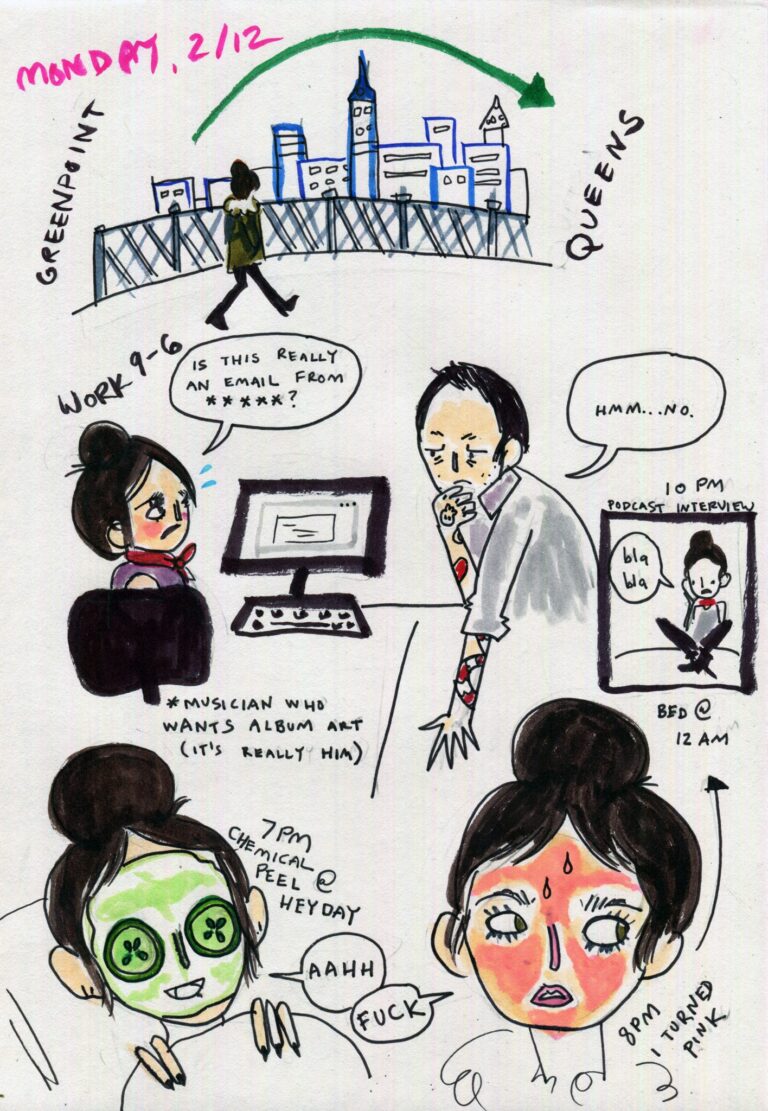