Brian Ralph is back with another round of tips on how to survive at Comic-Con. I love this feature. (Speaking of Brian Ralph, did we forget to link to this recent Giant Robot interview with him?)

We also have video from another one of the SDCC panels this morning, the Andrew Farago-moderated "Art of the Graphic Novel", featuring Chester Brown, Seymour Chwast, Eric Drooker, Joyce Farmer, Joëlle Jones, Jason Shiga, and Craig Thompson.

An exhibition of work by Robert Crumb, a "self-confessed sex pervert" according to this newspaper report, is the cause of some controversy in Australia.

Spurgeon vs the Marvel zombies. I haven't read an old-fashioned comments battle like the one in this thread from a Robot 6 article on Stephen Bissette's recent boycott call in awhile. It's a funny thing — we've got a few dim bulbs commenting here time and again, but for the most part our site is relatively sedate. Especially since the early days, when Dan and I fielded many reader requests to get rid of comments altogether. Then I read one of these things and I kind of miss the spectacle of clashing dum-dums... I guess it's best just to observe from a short distance, like watching a nature video.

Ernest Priego has resurrected the transcript from a 2002 interview with Joe Sacco.

From the department of jokes too lazy even to call them easy: I prefer Lennon's earlier work.

Finally, not comics: Jonathan Rosenbaum has posted the first of two parts of an essay on Walt Disney, examining the ideological underpinnings of his films, and comparing him to Leni Riefenstahl. 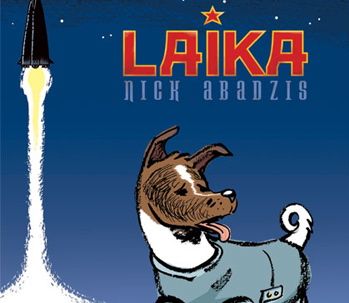 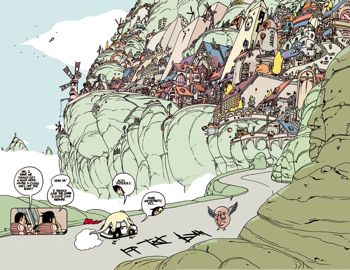