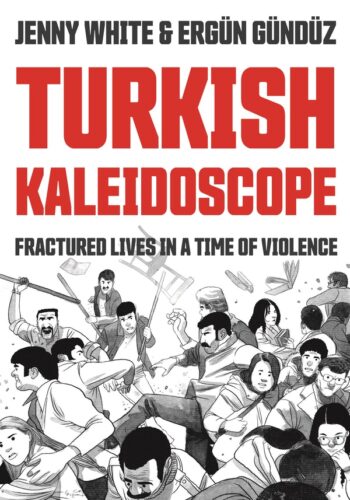 On the 12th of September, 1980, the Turkish army took over the government to “[…] prevent the existence and the possibility of a civil war and internecine struggle, to reestablish the existence and the authority of the state, and to eliminate the factors that hinder the smooth working of the democratic order.” The civil war the statement referred to was the violence between communist and ultranationalist parties, gangs and militias that had escalated throughout the 1970s. Although this was an authoritarian takeover of the civilian government by the army, many Turks were relieved that finally there might be an end to the violence that the politicians had seemed unable or unwilling to curb. The new graphic novel Turkish Kaleidoscope: Fractured Lives in a Time of Violence tracks the lives of four university students -- Faruk, Nuray, Yunus, and Orhan -- as they try to navigate this era of polarization, Cold War politics and political conflict.

The writer Jenny White has a really authentic connection to her material. She is not only a scholar with an extensive background of publishing on Turkey, but was at university in Ankara during the troubles of the mid-'70s when society was pulling apart at the seams. Some of the events of the book are from her direct experience: a visceral scene involving a hammer and a bus full of fascist students, for instance. In addition to her personal story, White conducted extensive interviews with people from both sides of the political spectrum who were involved in the events of the 1970s. Moreover, she refused to let her interlocutors speak about the ideologies that informed the conflict, focusing more on the experience of being in those charged environments and what moved people towards more extreme positions and actions. The characters and events of Turkish Kaleidoscope are composites drawn out of the oral histories. 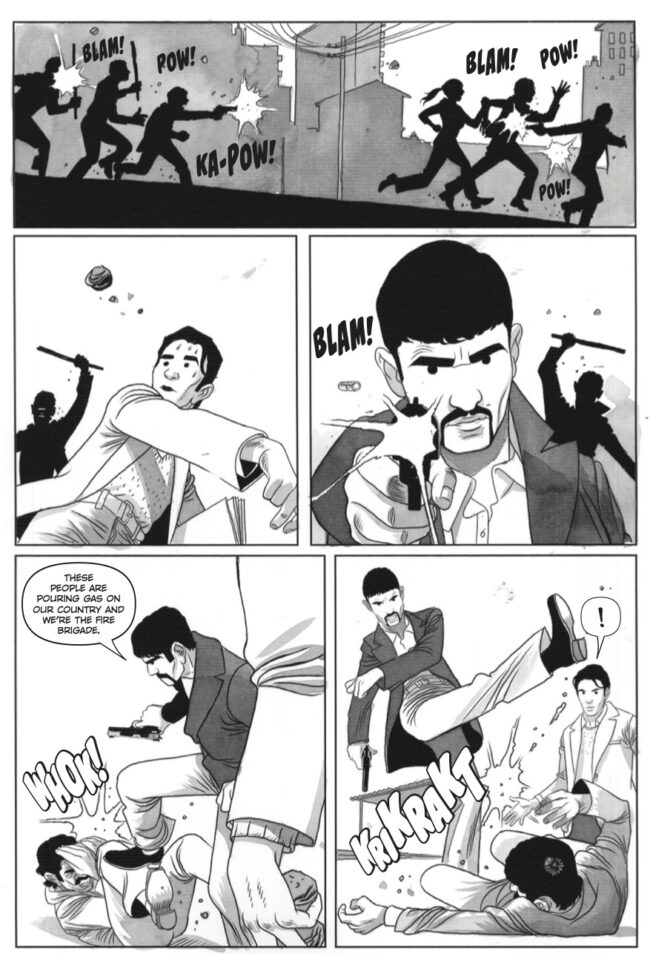 Although the fighting in the 1970s was spread across Turkey, and there were large-scale events such as the 1977 Taksim Square May Day massacre, the violence in the book is localized and personal. Students from the myriad leftist groups, the right-wing Nationalist Movement Party (MHP) and their paramilitary wing, the Grey Wolves, brawled and shot at each other outside lecture halls, on public transport, campus grounds and in dormitories. Not taking part didn’t guarantee any level of safety either. As Faruk explains to Orhan early on: Not joining a side will result in you getting beaten up by both. White shows how the conflict, although ostensibly about competing Cold War ideologies, was really motivated by more social and interpersonal issues. It goes without saying that, once ideology is cut out, the similarities on both sides come starkly into view.

An interesting dimension of the political fragmentation that the comic shows is that the left and the right did not polarize in the same way. The right was able to keep itself in one piece, while the left broke up into a myriad of bickering factions - for instance, between Maoists and Stalinists. Even alternate interpretations of a line from Marx caused groups to split. However, interpersonal rivalry, slighted honor and squabbling were often the sources of these fractures, rather than real ideological disagreement. For instance, the comic shows a scene where one leftist group covering the posters of another led to brawling over the insult. 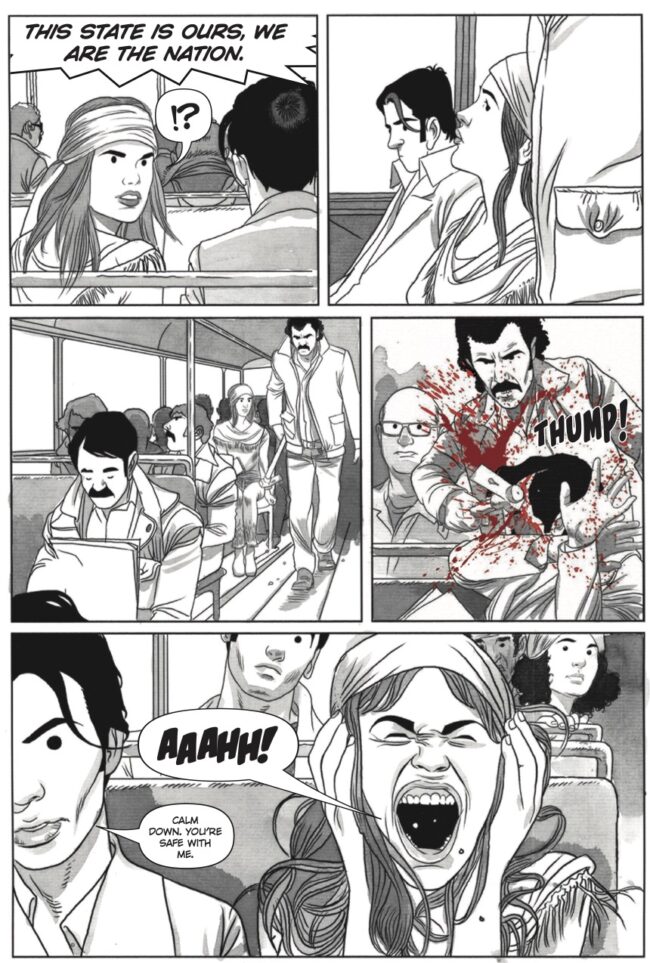 The book is an attempt to get this complex political and social environment into a format that the reader can experience. Moreover, it is expanding White’s own ideas about the nature of the role of the leader in Turkish culture and politics. Both are valuable. Unfortunately, the graphic novel’s story is weaker. The four central characters do get arcs, consequences and growth, but we are not with them for very long, and their narratives are diluted in subplots involving peripheral characters, backstories and events. In one case, the book devotes several pages to the events around a factory, which, although showing an interesting aspect of the conflict, detracts from the central story. This problem is not helped by the dialog, which is flat in places and exposition-heavy in others.

The comic was drawn by the veteran illustrator and comic book artist Ergün Gündüz. He keeps a clean style, which sometimes comes across as one-dimensional, with some dead space and doesn’t do anything innovative with the form. Color is only used for events taking place in the present, or as bold strokes of blood to punctuate the violence. It is a real shame that the whole comic isn't colored. The color panels have far more life, and provide the depth that is missing from other pages. Gündüz captures the light and the sea on a hazy Istanbul evening perfectly. I wish more of the comic had had the same treatment. 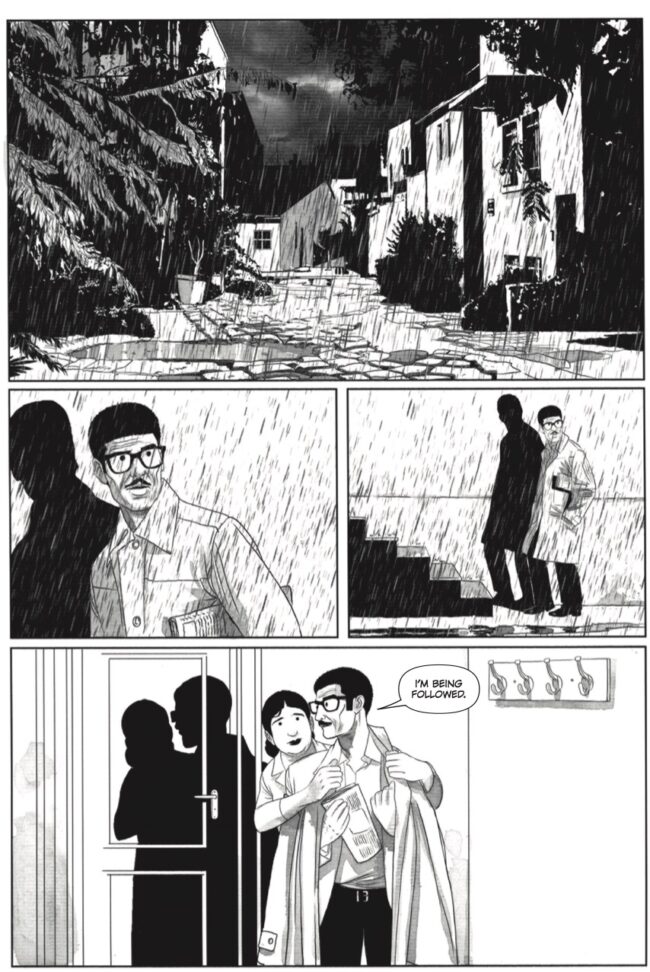 It’s great to see Princeton putting material that could have been a novel or an academic book into a graphic format. Turkey has a long tradition of cartoons and caricatures, and it is great to see a little of that expressed in English. One of the strengths of putting this particular story into a graphic format is dress and its relation to politics. As even today in Turkey, political affiliation can be gleaned from jewelry, clothing, headscarves, and facial hair; having the styles depicted from the 1970s is really valuable.

White ends the book by jumping to the 2013 Gezi Park protests against then-prime minister Recep Tayyip Erdoğan. Although this iconic protest took place in the same location as the May Day massacre, I am not sure that the comparison that White is suggesting totally fits. The 1970s was a period of extreme state weakness that facilitated violence. Turkey in 2013 was characterized by a strong, disciplined state that systematically persecuted those who opposed it at Gezi. Moreover, Erdoğan, for all the criticisms that can be laid at his door, comes out of a different political tradition than the ultra-nationalists.

White makes the comparison because, during the Gezi protests, there were supporters of the prime minister who were willing to do violence on his behalf. However, a more interesting comparison is with Turkish politics in 2021 - unlike in 2013, the nationalist MHP are now in a position of power as part of a coalition with Erdoğan’s AKP. With the ultra-nationalist return to government, mafia figures have made a startling comeback into Turkish politics, while lawmakers and journalists critical of the MHP have been assaulted, and the hand symbol of the Grey Wolves is flashed by mobs harassing refugee families. All of these scenes would not be out of place in Turkish Kaleidoscope. Interestingly, though the nationalist right is growing in power, there has been no equal and opposite resurgence on the left. The ultra-nationalist thugs once again strut around Ankara, but the young communists are long gone.

Though it has its weaknesses, Turkish Kaleidoscope expands an important and under-covered area of Turkish history, and shows both sides of the conflict with an emphasis on human stories rather than ideology. If this book seems like your thing, I suggest putting on the Spotify playlist White compiled to accompany the book, to really get into the spirit of 1970s Turkey. 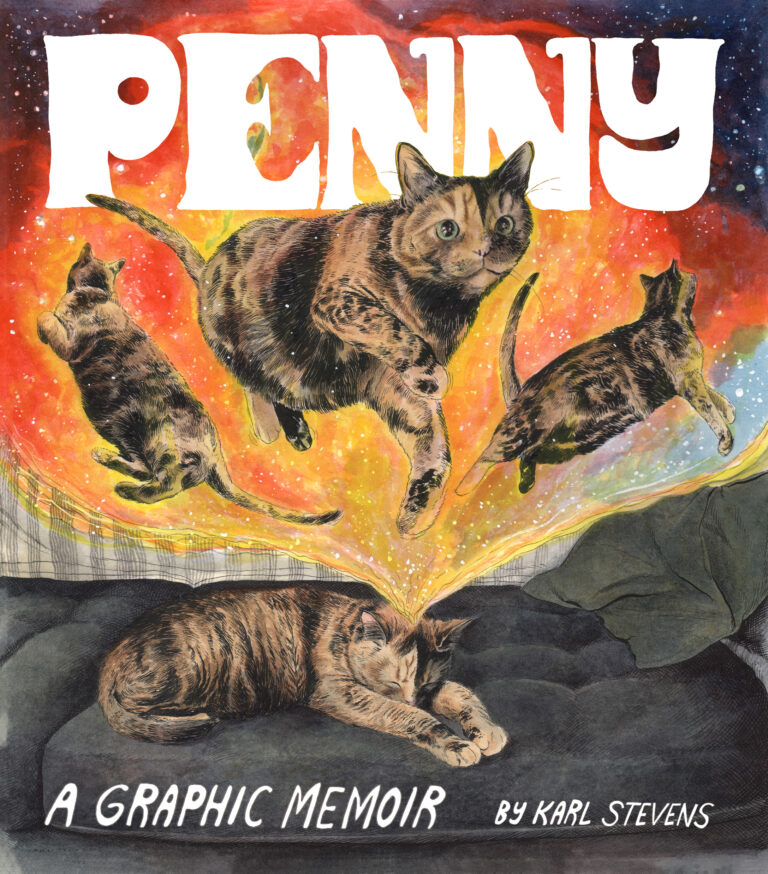 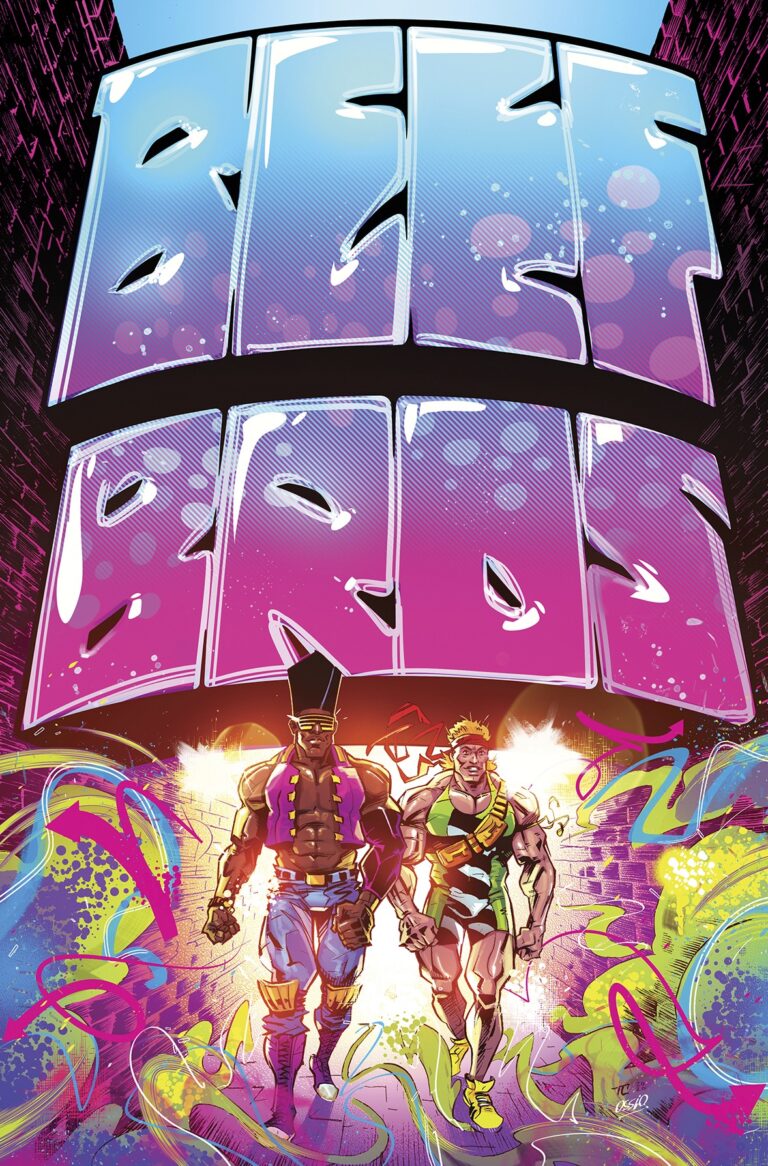