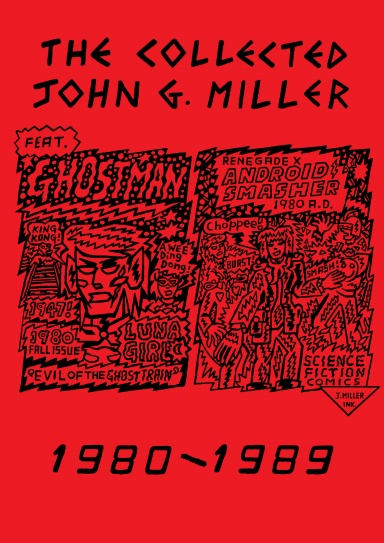 In so many ways, Scottish cartoonist John G. Miller—who has been plying his craft at, on, and even beyond the margins for some 40 years now—seems as if he should be the ultimate outsider. I mean, even those who keep their ear pretty close to the (under)ground simply don’t hear mention of him all that often, if ever - and yet, when comparing two of his decade-spanning collections, The Collected John G. Miller 1980-1989 and The Collected John G. Miller 2000-2011 (the volume between the two, collecting his 1990-1999 works, was reviewed on this site by Rob Clough back in 2011; all three are published under the auspices of fellow Scots cartoonist Rob Miller’s Braw Books), one gets the sense of an artist becoming, if anything, both more indefatigable and more committed to the cause of their own idiosyncrasies over time. There is a freedom, I suppose, that comes with the realization that commercial considerations of any sort are “off the table” - and if one subscribes to the idea of creativity as a muscle, then there’s no argument that Miller has been bulking up to maximum impact and effect over the course of his career.

Yet I have to agree with the esteemed Mr. Clough’s analysis of lo those many years ago that Miller is simply too well-versed and literate in both the form and function of sequential art as a medium—as well as in its history—for the “outsider” label to fit him. Jack Kirby clearly started as a major influence and remains one, as did the storytelling tropes perfected by EC, as did the work of folks like Ken Landgraf and Johnny Ryan, much as it may pain more sensitive ears to hear. Hell, when you factor in the references—both narrative and visual—to everything from glam rock to Doctor Who, there’s a case to be made that Miller could very well be an absolutely voracious media consumer in a general sense; or, at the very least, that he dabbles a little in a lot of places.

But then, these days, don’t we all? And in that respect—as well as others—the 1980-1989 collection seems downright prescient in terms of tone and tenor, even if many of its characters and pastiche-heavy plotlines were taking direct aim at 2000 AD at the time. Still, the likes of Miller’s "Ghostman", "Renegade X: Android Smasher 1988 A.D." and, my own personal favorite, "The Gasworks Girls" (a trio of mayhem-prone party people) are more than parody for its own sake, reflecting a decidedly off-kilter sensibility that can’t be faked because there’s no reason for anyone to want to fake it. I noticed that in the solicitation for this book on his Spit and a Half distro website, the far-more-astute-than-I John Porcellino refers to Miller’s early work as being “almost fully formed,” and while I might put a touch more emphasis on he “almost” than he does, at least in visual terms he’s not at all off the mark. Miller’s pure cartooning skills eventually grow stronger, but his ideas for what he wants to do with a page, from his dense layouts to his angular figures to his razor-sharp use of space to his energetic sense of composition, are present and accounted for immediately. He very much appears to be an artist on a mission right out of the gate.

The primary differences between the early volume and the latter(ish)-day 2000-2011 collection, then, lie in the area of refinement: Miller’s text, in particular, comes to dominate more of the page, but it’s certainly never dull to look at - indeed, his lettering is nearly as charged with ferocious energy as his drawing. What’s remarkable from this critic’s point of view, though, is how Miller uses each to complement the other, rather than making it feel as though both are competing for the same (admittedly limited) real estate. Even his text-heaviest strips have a kind of sub-poetic balance; an ethos constructed around and through juxtaposition that makes them pleasing to look at and marks them as being genuine “auteur” work - the definition of which we can argue over until the end of time, even though the essence of all those disparate points of view essentially boils down to “you know it when you see it.”

And lest there be any doubt, you see it here in all ways and at all times: from Miller's pop culture obsessions (specifically music), to his OTT-yet-somehow-still-exceedingly-droll wit, to his dense layouts, to his inherently “cosmic” sense of style, Miller isn’t making “comics” in a general sense, he’s making “John G. Miller Comics” in a very specific sense. And if I wanted to boil down what that means into two words (he said, some 800 words after starting the review), that would be “controlled chaos.”

Indeed, for all the far-from-punk musical references and personages Miller sprinkles liberally throughout, there is a decidedly punk-influenced “vibe” to his work in terms of its adherence to DIY values that lends an extra frisson of otherworldly weirdness to strips about the likes of, say, Kim Wilde. But it works - hell, it all works. Which isn’t me saying anyone else should try this at home, of course—it’s the absolute singularity of Miller’s work that makes it so special—but then, I don’t think anyone else would feel particularly compelled to do so. Miller is tuned into a wavelength that no else is, and that wavelength allows him to produce comics that are literally awash in the detritus of popular culture, that soak up everything in the zeitgeist like a sponge, but still feel like they are the product of an utterly alien observer: comics composed almost entirely of elements from the world around us, but that might as well have come from another planet. You can call that what you want, but I call it genius - and that’s a term I never use unless I feel damn well compelled to do so. 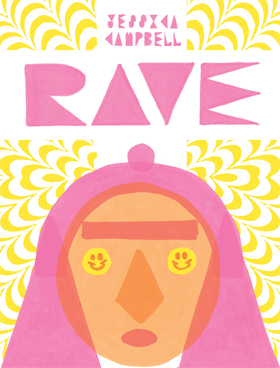 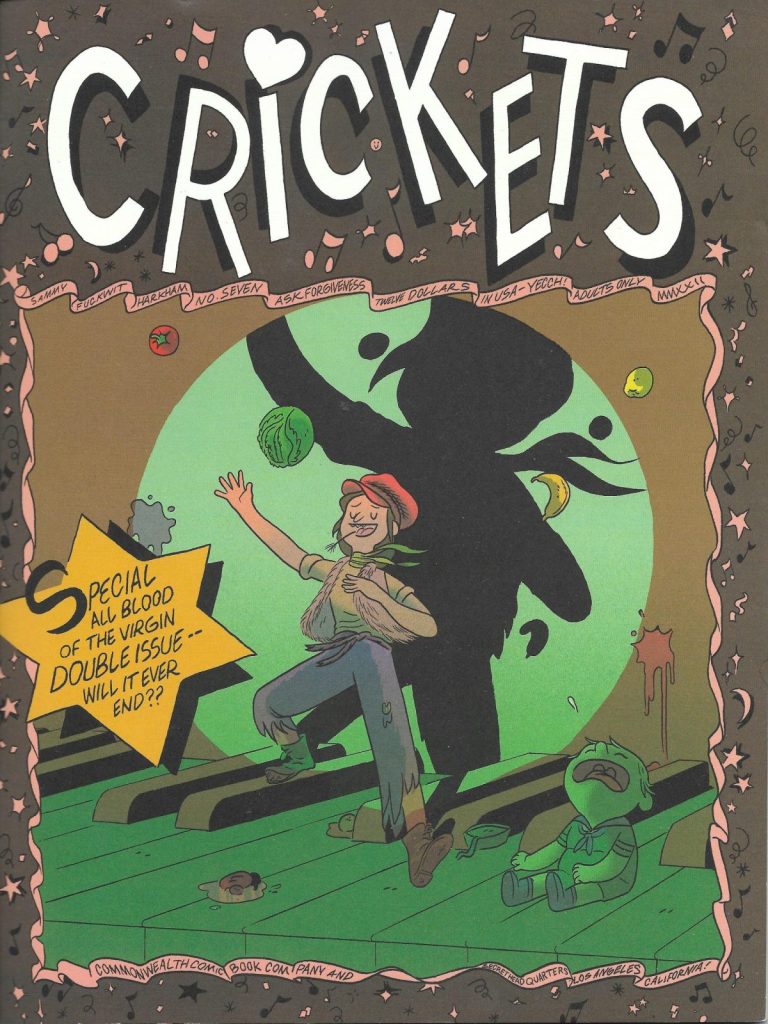