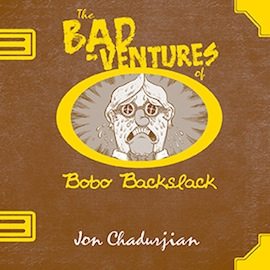 The first, most selfish question we probably ought ourselves when choosing to engage with a piece of art is basic and elemental, and consequently easy to forget: Do I want this in my life? 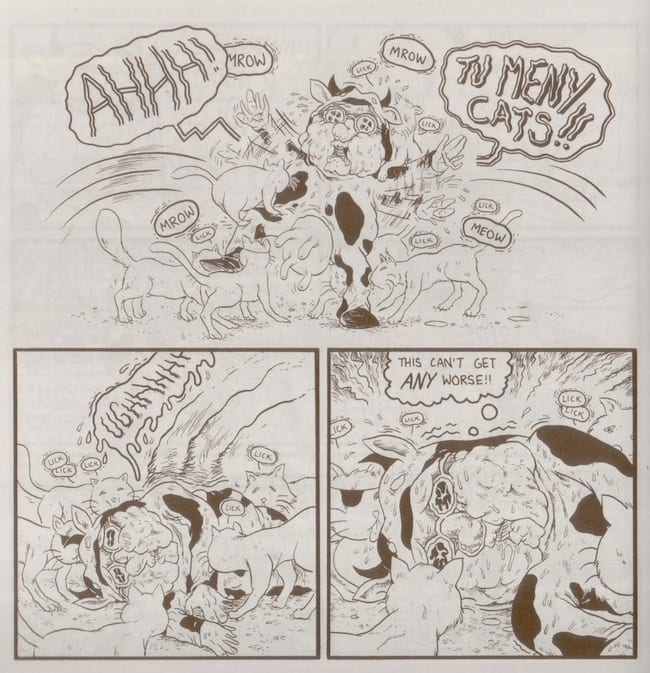 The page above from Jon Chadurjian’s new graphic novel is surprisingly representative, the last panel’s thought balloon a prayer, suggestive of a question posed repeatedly throughout the work: Can life for Bobo possibly get any worse? 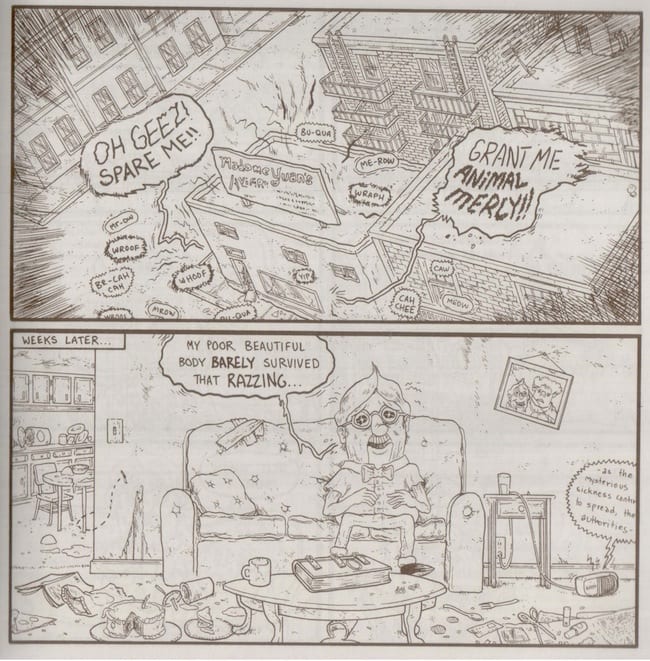 That question might seem more fruitful were the answer not always “yes,” or were its merits a bit more clear. The story as it stands presents for Bobo a series of hoops, forcing a character literally allergic to the world through situations where all odds seem to be against him. More than once he’s swallowed by a snake, an apt synecdoche for a narrative cosmos that seems to be slowly digesting him. Bobo's life seems a long shuffle through a maze of degradations: bad jobs, terrorist plots, animals swarming him, and allergy attacks. As these small brutalities steamroll him in rapid succession though, there's another question that becomes over the course of this thing increasingly pressing: Why are we, as readers, traveling with him? 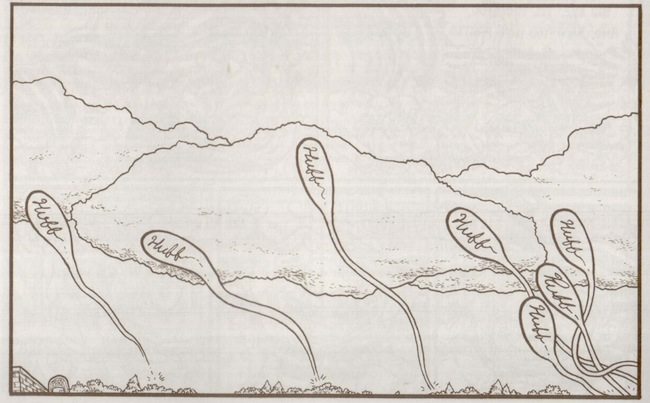 I suspect the idea is that we all have times when we feel like Bobo, in which all the universe’s variables seem to be karmic obstacles, and the world feels trying and exhausting.

It may be, too, that the artist wishes readers to feel encouraged. Despite his life being a series of torments (they give no sign of waning), Bobo musters a pluck I remain unable to understand. The cycle of Bobo's life seems something like that of a figure—say, a coyote, squashing and stretching; like the stars of many cartoons I imagine the artist's points of reference, Bobo shakes off his pain after a beating, returning to his proper (though unsightly) form. What's more, he always does so full of sunshine, rarely failing to rebound. These instants are brief, though, and only feel like flickers—it's never long before life's obstacles return to once more knock him down. 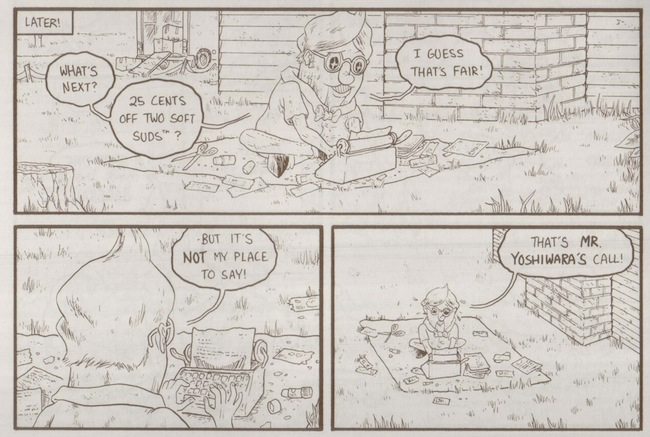 This semi-episodic structure does, however, pose a problem. If Bobo's trials combine to form a series of physical gags and oddball experiments, then why work with the format of a graphic novel, and the narrative structure of a long-form story? These pieces are without question already unified by cast and style and tone as are so many Sunday strips—so Chadurjian's suggestion of a long-form framework here implies a progression, promising something that never actually happens, stretching the story’s lead and premise even thinner. Spells of vomiting, retching, sobbing, and self-pity are repeated insistently as the crux of many scenes and panels, but seeking a thread between them over this book's pages offers only questionable rewards. 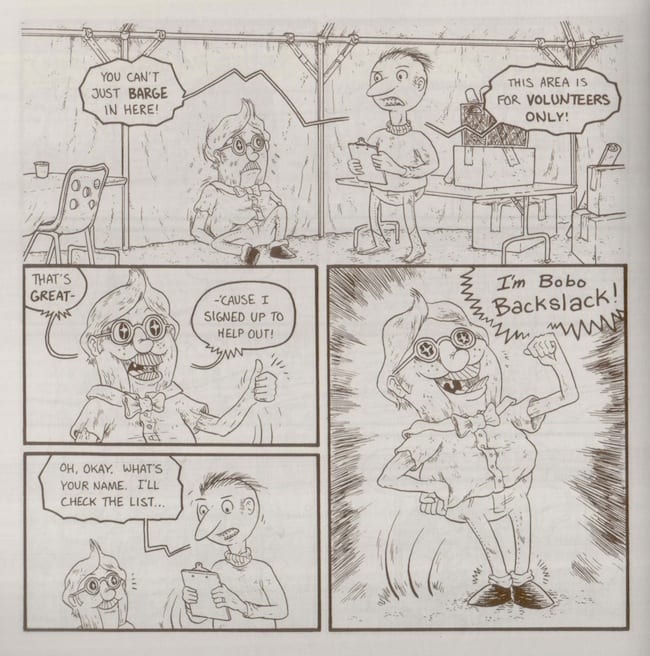 There is, though, an elusive spark to the delivery of this book's action. What would be camp is taken past that point, resulting in a feeling of sincerity and an uncanny sense of brightness—and it doesn't take much more than eyes to tell Chadurjian's an able drawer. This book is in fact crammed with engaging experiments: subtle, sharp flourishes in framing, pacing, choreography... but the lot of them are obscured by over-conscious presentation, which seems confusing—perhaps even a form of self-sabotage. The  author’s seeming ignorance of his own best strengths may actually be this book’s most final obstacle, leaving the work's finest moments both under-explored and buried. Too much here seems designed to deflect or to repulse us, which proves a problem—because it's not a reader's job to try and like things, not characters or people or art. And Bobo as a character seems almost designed to be repulsive, inhabiting a world consistently hostile, successful above all at being undesirable to inhabit. The merits of that success are questionable, but the effect, remains inevitable, directing us back to and answering another form of that same, initial question—is this really what you want? 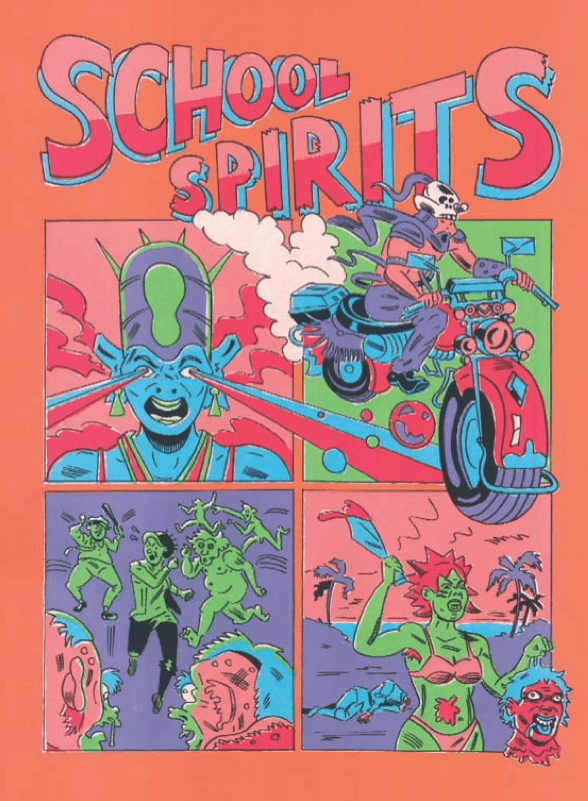 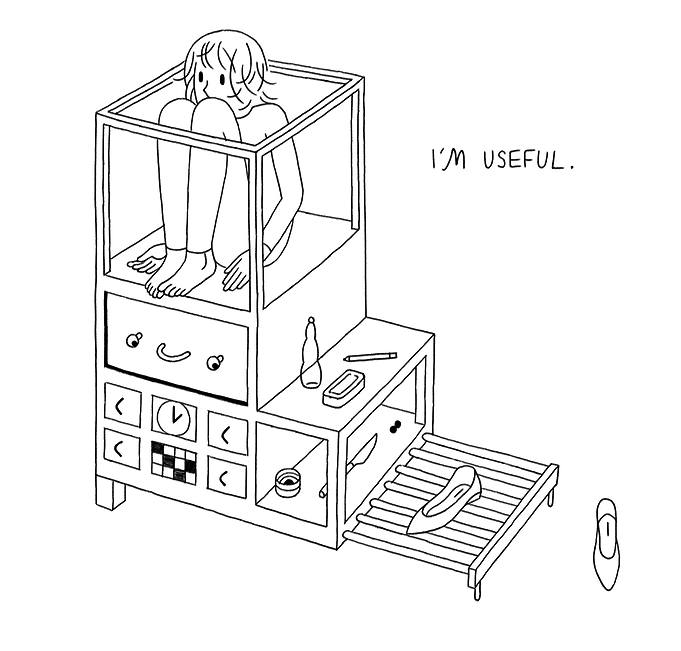