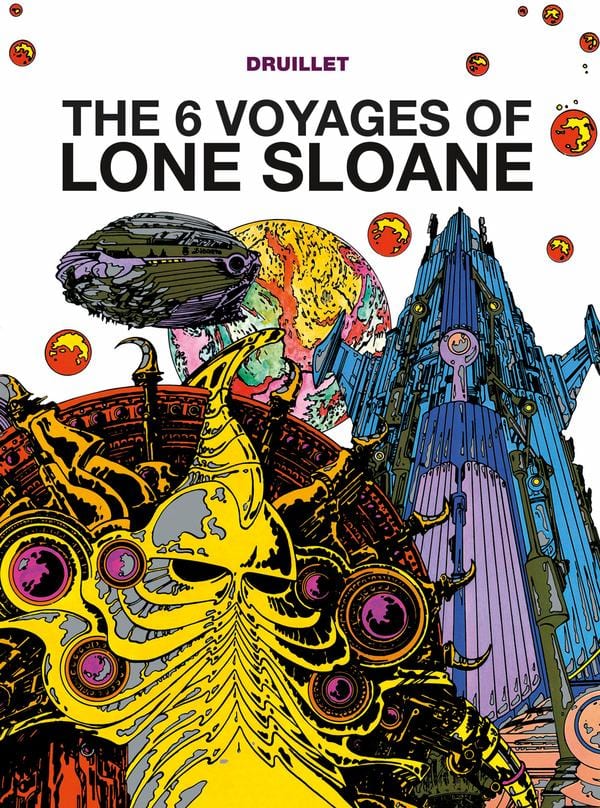 Back in 1991 I bought a copy of Philippe Druillet's Nosferatu, a black-and-white one-shot published by Dark Horse in the days when they were still putting out Cheval Noir. In line with the production values of that Euro anthology, it was a piece of crap; square binding and the premium price tag gave the illusion that it was related to the then popular "prestige format" but in reality it was just about the worst way possible to experience Druillet's extravagant work. I was too young to have purchased Heavy Metal in its heyday but I knew that Druillet was a major figure in French comics, and that there was no way the tiny black-and-white panels in Nosferatu could represent him at his best. I'll check him out again later, I thought. Once somebody produces a decent edition.

Flash forward a mere twenty-four years and that day has finally arrived, with Titan Comics' recent reissuing of Druillet's seminal work The 6 Voyages of Lone Sloane in full-size European album format, which allows Druillet's artwork to glory in all of its berserk early '70s progginess. How berserk? Very berserk.
Yes, Moebius was trippy, and Kirby was cosmic, but Druillet's art is trippy and cosmic and more. It combines meticulous detail with an almost manic, visionary force. His vision of the cosmos contains flying black thrones and ancient alien temples and giant space bridges and robot space ships that mutate into beautiful women who declare their passionate love for the hero. It doesn't make a lot of sense but that doesn't really matter: Lone Sloane is grandiose and ambitious and preposterous, and it looks fantastic and fresh, more than forty years after it was first published.

The first story, "The Throne of the Black God", sets the tone for the rest of the book. The splash page depicts Sloane, a sickly yellow solitary space traveler sitting inside the baroque, metallic interior of a space ship, his hand on a giant lever. (This was the '70s and spaceships were going to have giant levers.) Beneath this image Druillet has drawn the ship itself, which looks like a flying cosmic cathedral; however he does not use panel borders to suggest the passage of time or a change of scene, so it is as if we are staring at the interior and exterior simultaneously. Against this already expansive imagery Druillet provides an ultra-compressed set-up, as arch and over the top as anything churned out by a Weird Tales pulp writer:

The year 804 of the new era. After the great scare, men decided to spread their power over the universe. The infinite sea of stars wore the seal of the human empire. Great caravans of iron were launched to conquer the skies. Time passed and few came back. The universe was keeping its secrets. But a terran, a rogue among his kin, a loner sails to the outer reaches of the great cosmic ocean.

A swirling blood-red nebula guides the eye through these images towards the bottom of the page, where in three quick panels everything goes horribly wrong. At the top of page two the ship explodes in a mix of green, blue, red, and yellow, and within eight panels total Sloane is roaming through the cosmos on a mysterious black throne, which we are helpfully informed is known as "Iotai, he who seeks." The chair defies the laws of physics and biology as Sloane has no space helmet, no oxygen, not even a seat belt. Nor does he have much in the way of characterization, for that matter: but what he does have is destiny. Iotai's goal, Druillet tells us, is "to bring the living one to its masters." 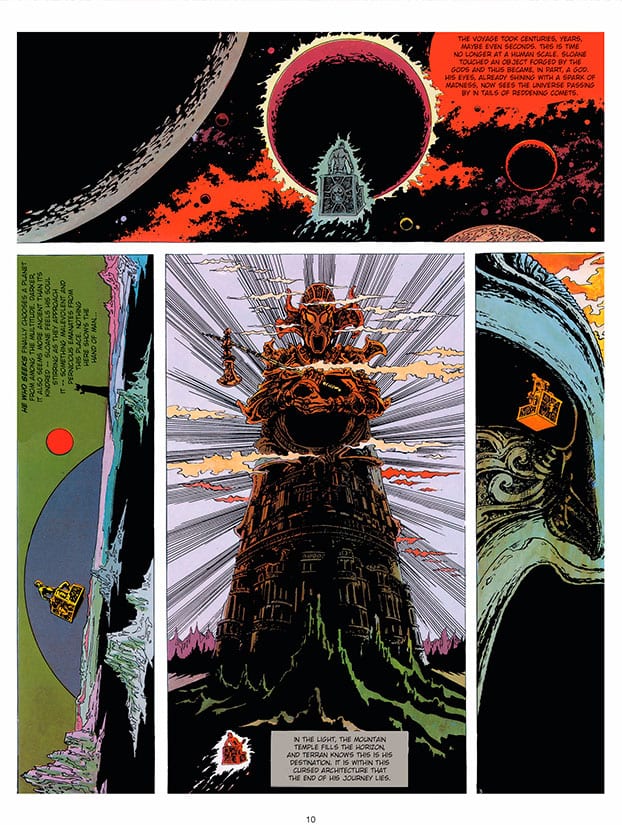 The rest of the story features sideways panels, tiny panels, and several full-page spreads featuring impossible machines, an alien citadel, colossal mummies, a cosmic dungeon, a three faced god, and an intense psychedelic sequence in which Sloane falls into a delirium and acquires hundreds of bodies, some of which are upside down, each of which Druillet drew individually, as this was long before Photoshop made it easy for artists to pull off these effects. Fortunately our hero manages to utter a cosmic word from his thousand identical mouths, destroying his foes and then returning to space on his magic chair. Eight pages of arch cosmic terror, and you're done. Until the next eight pages of arch cosmic terror, that is.

As a youthful reader of 2000AD in its early '80s heyday I grew up with compressed narratives, but this is something else: Druillet achieves almost Book of Genesis levels of symbolic density. Lone Sloane is a tripped-out attempt at creating cosmic myths, psychedelic visions, an assault on the fabric of reality on paper. The pages seethe with depictions of impossible machines, fantastic architecture, cosmic destruction, and ultra-absurd deus ex machina plot interventions. There is so much going on that the ideas and imagery cannot be contained in a traditional panel grid, so Druillet continues throughout to assault the reader/viewer with splash pages, jagged panels, pages without borders. It is the use of layouts in service of disorientation, breaking down the order of page to scramble the senses. And yet at the same time, Druillet "sees" these images with incredible clarity; the precision and meticulous detail of his imagery gives it an intense solidity. 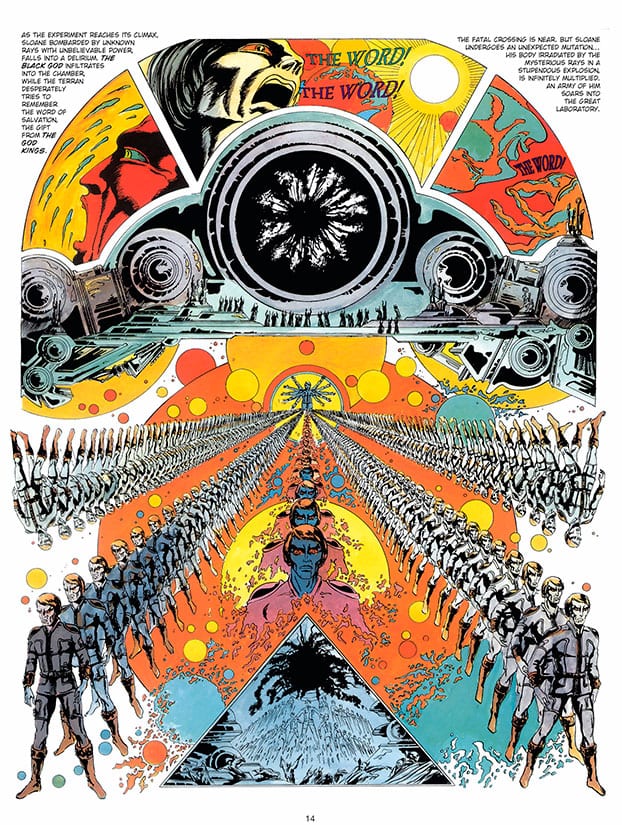 The 6 Voyages of Lone Sloane is nuts in ways similar to only a handful of cultural products from the same era. It is difficult to think of comparative works in comics. It's demented like the LPs of French jazz-progsters Magma, who made epic, intricate concept albums about an alien civilization sung in the language of that alien civilization. It's out of control like Alejandro Jodorowsky's Holy Mountain- an onslaught of images and symbolism with little regard for such bourgeois trivialities as plot or character. Operating at the highest level of weirdness from a weird era, Druillet declares: Fuck your bourgeois notions of "sense"- I've got a head full of cosmos and I'm going to rip your eyes open, man.

In other words: The 6 Voyages of Lone Sloane was worth the wait. 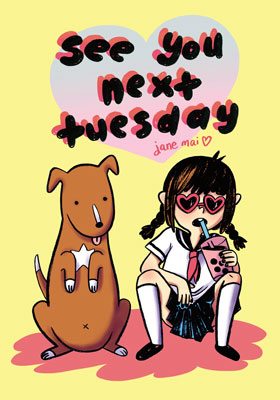 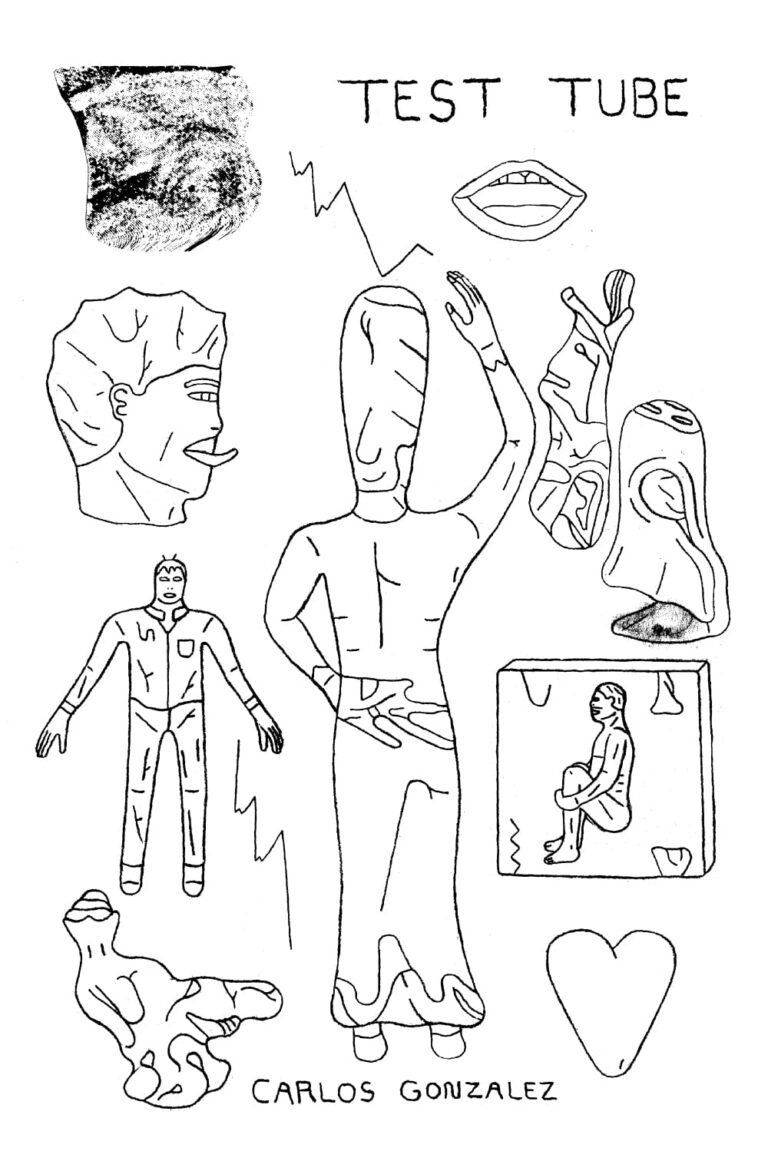