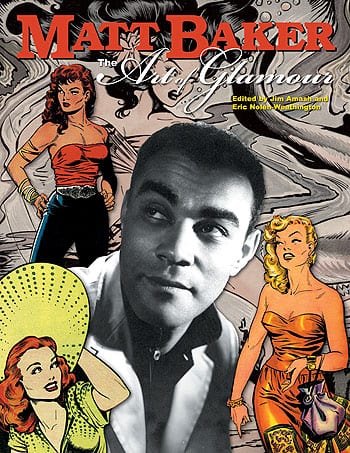 With regard to comics, what I’m interested in these days are the stories of the people who made them. In the last few years we’ve seen quite a number of comics greats given the full-sized monograph treatment. Abrams have published books on Kurtzman, Jerry Robinson, and Jaime Hernandez. From Fantagraphics  we’ve had Greg Sadowski’s very thorough books on Krigstein and Toth, and R. C. Harvey’s monumental biography of Caniff, as well as a nice fat book on Will Elder. Jules Feiffer’s autobiography from Doubleday is in this camp, as is Brian Walker’s Doonesbury and the Art of G.B. Trudeau from Yale University Press, which got far too little attention. IDW is in the picture too. They’ve been putting out the excellent collections of the old newspaper strips, but they surprised me with the first rate monograph on Noel Sickles, which was really a collection of his complete run of Scorchy Smith grown way beyond its original brief. 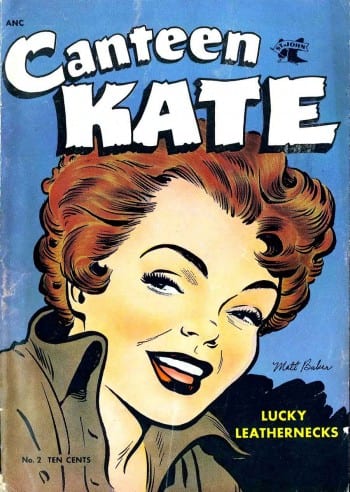 TwoMorrows enters this arena too. In character, their books tend to be the last outpost of the old comic-book fan syndrome. The long-running Jack Kirby Collector is a defining project. Their latest isolated offering, a hardcover celebration of comic book artist Matt Baker, follows the expected pattern. Baker was the master of a stylistic phase of comic books in the late 1940s, wedged in between the superhero and the horror comics, known to the fans and collectors as "good girl art," which is to say comics that constituted a kind of narrative version of a pin-up. That’s likely to put it more in the realm of kitsch than art, like a lower-brow version of girlie calendars. I’m sure it is to be explained sociologically as a form of reading that fed the tastes of a generation of young returning servicemen who were reading comic books when they were sent away and who weren’t sure what they were supposed to be reading when they were sent back except that they were now interested in sex. Why comic book fans might be fond of it sixty years later would take too long to figure out. The best one can say is that the period look gives it more of a charm than its more recent equivalent, but then that would be admitting that it looks dated. A problem with the book at hand is that it leans too heavily toward reprinting that limited phase of Baker’s work. We get two full reprints of Phantom Lady stories, a couple of Canteen Kates, a Sky Gal and a Tiger Girl. Thus the full-story reprints, a full 32-page color section at the start of the book and a another likewise at the end,  are all taken from the short period 1946-1949.

An interesting aspect of this phase worth mentioning is that Baker worked for Jerry Iger’s shop. Iger had been in partnership with Will Eisner until they split in 1940.  In the excellent and lengthy text of the book there are anecdotes and insights into the later workings of Iger’s studio, which I would say is a matter of some historical interest. The ‘sweatshop’ period of comic book production demands a book–length study of its own. Making comics under factory conditions isn’t a very attractive notion from our vantage point, but everybody involved seems to have come away with funny stories and memories of camaraderie. In Baker’s case, his closest confreres were Al Feldstein and Jack Kamen, who each went on to make their mark at EC Comics. 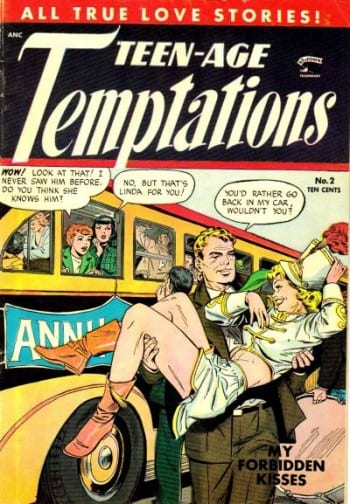 The more interesting, I would say mature, phase of Baker’s work falls between 1949 and 1955, during which time he specialized as a freelancer in romance for St. John’s line of comics. A dozen stories from this phase were reprinted in John Benson’s book Romance Without Tears, published by Fantagraphics, and I would dearly like to see some more. The artist drew a number of covers that are quite startling in their originality. The stories, the writer of which Benson identifies as Dana Dutch, are the peak of Baker’s work in comics. It was in this period also that he drew the lately celebrated Rhymes With Lust of 1950, recognized now as a very early graphic novel. All of this gets covered in the 200-page book in spite of my caveat above, with plenty of interesting reproductions, many from original artwork. A final phase, in which Baker had a hard time getting any work at all, is also examined briefly. Between 1955 and ‘59 he mostly pencilled for Vince Colletta, who was somehow well enough placed to pick up as much work as he could handle from Atlas and Charlton. He farmed a great deal of it out to others to pencil, leaving the inking for himself, which is one way to make a living and I’ve never had any problem with it. Colletta is a figure that comic book fans love to vilify. There’s him, Fredric Wertham, and the Red Skull, making the triumvirate of evil.

The essence of such a project as this, that which we really want to know, is the biographical material. Baker was an African American making a living in comics, who for his talents was well respected apparently by just about everyone who encountered him. He was an exceedingly handsome, well-dressed dude, and there is some speculation here, which caught me by surprise, that he may have been gay (the speculation is from a friend and fellow artist who was gay). The editors have interviewed as many people as they could get hold of, with selected excerpts from older interviews used to fill out the picture. The artist himself was never interviewed before his tragic early death at the age of 38 in 1959. He had a bad heart, and some of the people who were close to him discuss that.

A round-up of attractions: firstly the number of photos reproduced, approximately 28 of them, of Baker, his family, and his circle; secondly, a rarity worth mentioning is the newspaper strip, Flamingo, about a Gypsy woman, of which we are shown nine dailies and a Sunday; thirdly, and obligatory for a Twomorrows book I suppose, is the exhaustive checklist of all Baker’s known work, compiled with the help experts such as Jim Vadeboncoeur. That just leaves it to be said that, for a hardcover, I wish this thing were better bound; for a monument to a guy fifty-four years dead, it could have been sturdier. 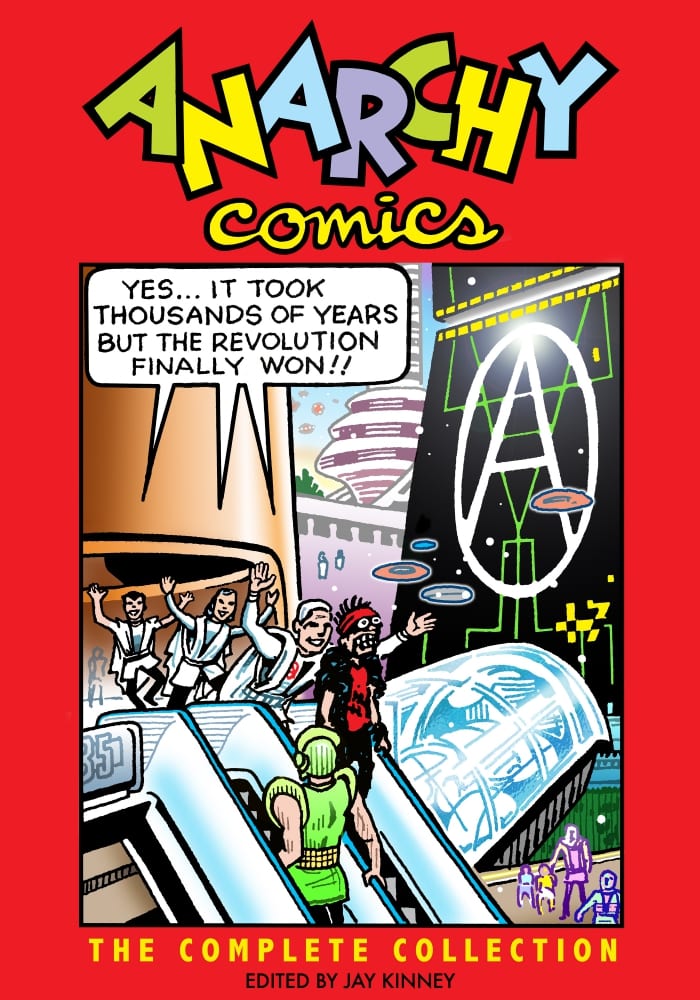 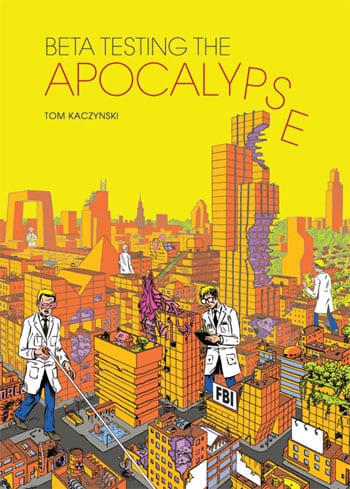